The differential transform method (DTM) was firstly introduced by Pukhov [1,2,3]. However, his work passed unnoticed. Zhou [4] rediscovered it to solve the linear and nonlinear equations in electrical circuit problems. Recently, a detailed comparison between the DTM and the Taylor series method (TSM) was carried out by Bervillier [5]. The author pointed out that the DTM exactly coincides with the TSM when DTM is applied to solve the ODEs. Whereas, the DTM is a semi-numerical-analytic method, through which one can generates a Taylor series solution in a different manner. Firstly, the given problem is converted to a recurrence relation by using this approach. Furthermore, we can easily obtain the coefficients of a Taylor series solution. With this technique, we can apply directly to nonlinear problems without linearization, discretization or perturbation, and obtain an explicit and numerical solution with minimal calculations. Many researchers have successfully applied the DTM and its modifications have to solve various functional equations [6,7,8,9,10,11,12,13,14,15] and systems of non-singular equations [16,17,18,19,20,21].
Although being powerful, there still exist some difficulties in solving various of equations by the DTM. One of obstacles is to find a simple and effective way to obtain the differential transforms of nonlinear components. The traditional method is to expand those nonlinearities in an infinite series, and obtain its transformed function by imposing the differential transform upon the series. Subsequently, the transformed functions of nonlinear terms would readily be achieved by the one of its equivalent series. By using this approach, the computational difficulties will inevitably arise in determining the transformed function of this infinity series. In [8], Chang and Chang proposed a new algorithm for calculating the differential transform of nonlinear function through a straightforward manner: obtaining the first term according to the definition of transform function, and taking the differentiation operation upon to get an identity; the recursive relation would be deduced by combing this identity and ; finally, one may obtain the other terms through the recursive relation. By using the same manner, authors [22] also considered the differential transform of nonlinear function . If we apply this method to those differential equations which have two or more nonlinearities, the computational budget will also inevitably be increased. In [23,24], an alternative algorithm was presented to calculate the differential transform of nonlinearities by using the Adomian polynomials. Meanwhile, due to the analytic operations of addition and multiplication without the differentiation operator, Duan’s Corollary 3 algorithm [25] is eminently convenient for symbolic implementation to compute the Adomian’s polynomials with the help of Maple or Mathematica. However, it should be pointed out that this new and effective technique to handle differential transform of nonlinearities by the Adomian polynomials was merely subject to the nonlinear function with one variable.
In this study, we shall apply the DTM to solve the following systems of equations of Lane-Emden type:subject to the initial conditions where and are real constants, and are the solutions of the given system to be determined. If we set , system (1) becomes
Systems (1) and (3), with the initial conditions (2), are called nonhomogeneous and homogeneous systems, respectively.
It is worth mentioning that given in systems (1) and (3) are the analytical functions of two independent variables. We inevitably encounter the complicated differential transforms of those nonlinearities with multi-variables, if the traditional DTM is employed to obtain the solution of them. As far as we know, there is not any new work which engaged in calculating the differential transforms of nonlinear functions with multi-variables. In this regard, We firstly disclose the relation between the differential transform and the Adomian polynomials of those nonlinear functions with multi-variables, and then employe the Adomian polynomials to evaluate the differential transform of nonlinear functions . Furthermore, as we mentioned above, some researchers [16,17,18,19,20,21] discussed the systems of differential equations by using the DTM. However, all of these mentioned systems are non-singular. Whereas, systems (1) and (3) discussed in this study have a singular point represented as x with shape factors and .
This system has arisen in the modelling of several physical problems such as pattern formation, population evolution, chemical reactions, and so on (see for example [26] and references therein). Many researchers [27,28,29,30,31,32,33] have focused their studies on the existence, uniqueness and classification of the systems by using the different methods. Compared with quite a number of the works on theoretical aspects, studies of the analytical approximate solutions of the systems have proceeded rather slowly. The numerical approaches for single Lane-Emden equation were presented in [34,35,36] and references therein. In this work, we discuss the different systems (1) and (3), which have two equations. To our best knowledge, there were only two works devoted to this topic. In [37], Wazwaz proposed the variation iteration method (VIM) to solve the systems, including the homogeneous and nonhomogeneous cases. In [38], the authors obtained the analytical approximate solutions of the homogeneous systems by the Adomian decomposition method (ADM). The main difficulty of the systems of Lane-Emden type equations is the singular behavior at the origin. Both the VIM and the ADM overcome this obstacle by finding a corresponding Volterra integral form for the given system. However, there exists an inherent inaccuracy in identifying the Lagrange multiplier for the VIM, and the ADM is subject to a complicated fold integration for solving the systems of differential equations. Here, we want to make fully use of those advantages of the DTM to reconsider the solutions of problems (1) and (3) under initial conditions (2).
The rest of the paper is organized as follows. Section 2 introduces the concept and fundamental operations of the DTM and the Adomian polynomials. In Section 3, we shall present an easy and effective formula by using the Adomian polynomials to calculate the differential transform of any analytic nonlinearity. Some systems, including homogeneous and nonhomogeneous, are listed in Section 4 to testify the validity and applicability of the proposed method. A brief conclusion is given in Section 5 to end this paper.

For THE convenience of the readers, we shall give a review of the definition and fundamental operations of the DTM. The interested reader is referred to Refs. [6,7,8,9,10,11,12,13,14] for the details of this approach.
The differential transform of the differentiable function at is defined by where is the transformed function and is the original function. The differential inverse transform of is defined by
Combining Equations (4) and (5), we have from which one can see that the differential transform is derived from the classical Taylor series method. However, there is no need to calculate the higher derivatives at the origin symbolically by using this approach. From Equations (4) and (5), it is easy to deduce the transformed functions of the fundamental operations listed in Table 1.

In this subsection, we shall give a brief presentation of the ADM. For the details of this method the interested reader is referred to Refs. [39,40].
The ADM has been efficiently used to solve linear and nonlinear scientific problems. In the decomposition method, we usually express the solution of the given equation in a series form defined by and the infinite series of polynomials for the nonlinear terms , where depending on the solution components are called the Adomian polynomials, which can be calculated by using the different method such as in [25,40,41,42,43,44,45,46]. As mentioned in [47], Adomian and Rach [40,41] defined the Adomian polynomials of two variables via the parametrization: and
The Taylor expansion about on the left hand side of (6) yields

In this study, we have successfully applied the improved DTM, i.e., the DTM coupled with Adomian polynomials in dealing nonlinear functions, to solve the systems of equations of Lane-Emden type. This technique takes the form of a convergent series with easily computable components and has no particular technique to handle the singularity behavior. The obstacle of classical DTM in dealing with those nonlinear terms with multi-variables have been overcome with the help of Adomian polynomials generated via several fast algorithms that do not involve differentiation. One can see that both the differential transforms and the Adomian polynomials of those nonlinearities have the same mathematical structure merely with constants instead of variable components. The proposed technique to evaluate the differential transform of the nonlinear function with multi-variables merely entails simple arithmetic operations and evaluation of Adomian polynomials such that it is expected to broaden the applications of the DTM. Furthermore, we are convinced that the systems (1) and (3) can be generalized to those systems with multi-variables more than two.

All authors have equally contributed to this paper. They have read and approved the final version of the manuscript.

This reasearch was funded by the Scientific Research Fund of Zhejiang Provincial Education Department of China (No.Y201839028).

The authors are very grateful to the editor and the reviewers for their valuable comments and suggestions to improve the paper. This work was supported by the Scientific Research Fund of Zhejiang Provincial Education Department of China (No.Y201839028) and K.C. Wong Magna Fund in Ningbo University. 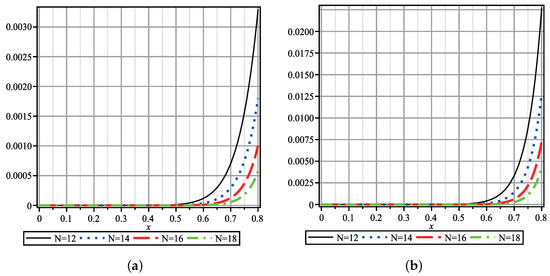 Table 5. The differential transform of for Example 7.
Table 5. The differential transform of for Example 7.
© 2019 by the authors. Licensee MDPI, Basel, Switzerland. This article is an open access article distributed under the terms and conditions of the Creative Commons Attribution (CC BY) license (http://creativecommons.org/licenses/by/4.0/).
We use cookies on our website to ensure you get the best experience. Read more about our cookies here.
Accept
We have just recently launched a new version of our website. Help us to further improve by taking part in this short 5 minute survey here. here.
Never show this again