Every finite simple group P can be generated by two of its elements. Pairs of generators for P are available in the Atlas of finite group representations as (not necessarily minimal) permutation representations . It is unusual, but significant to recognize that a is a Grothendieck’s “dessin d’enfant” and that a wealth of standard graphs and finite geometries —such as near polygons and their generalizations—are stabilized by a . In our paper, tripods of rank larger than two, corresponding to simple groups, are organized into classes, e.g., symplectic, unitary, sporadic, etc. (as in the Atlas). An exhaustive search and characterization of non-trivial point-line configurations defined from small index representations of simple groups is performed, with the goal to recognize their quantum physical significance. All of the defined geometries have a contextuality parameter close to its maximal value of one. View Full-Text
Keywords: finite groups; dessins d’enfants; finite geometries; quantum commutation; quantum contextuality finite groups; dessins d’enfants; finite geometries; quantum commutation; quantum contextuality
►▼ Show Figures 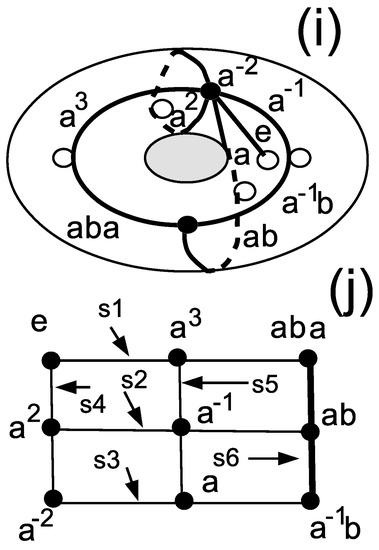