Addressing the Opioid Crisis through an Interdisciplinary Task Force in Cincinnati, Ohio, USA

Opioid use has been a topic of concern in recent years in the United States, causing thousands of deaths each year. Ohio is one of the states hit hardest by the epidemic, and its state and local governments have responded with comprehensive health policies. Cincinnati, located in the southwest region of Ohio, is one of the epicenters of the state’s opioid crisis. Responding to the needs of their community, the University of Cincinnati (UC) and its affiliate health system, UC Health, have brought together leaders in research, clinical practice, and education to form the UC/UC Health Opioid Task Force. By encouraging interdisciplinary partnerships, the Task Force is pioneering new ways to understand, prevent, and treat opioid use disorder, while preparing the next generation of healthcare professionals. Additionally, collaboration across departments in UC Health has improved access to treatment and recovery resources for hundreds of patients. Leading educational events, supporting local agencies, and participating in government initiatives have further solidified UC and UC Health’s role as a stakeholder in this crisis, showcasing how academic health centers are critical to promoting public health.
Keywords: opioids; addiction; health policy; interdisciplinary; academic health center opioids; addiction; health policy; interdisciplinary; academic health center

1. Overview of the Opioid Crisis in the United States and in The State of Ohio

In the late 1990s, the number of opioid prescriptions in the United States began to rise considerably as pain management became an increasing priority in patient care and pharmaceutical companies aggressively marketed the safety and utility of their opioids. By 2017, opioids caused more deaths per year than the HIV/AIDS epidemic did at its peak in the 1990s and caused more deaths than from car crashes or guns [1]. Approximately 128 people in the US died every day due to opioid overdose in 2018 [2], and the Centers for Disease Control and Prevention (CDC) estimated that prescription opioid misuse, the resulting care to treat patients who suffer from addiction, the loss of productivity, and the burden on the criminal justice system costs the US $78.5 billion annually [3].
There are many factors contributing to the opioid epidemic. Some have explored the relationship between the direct-to-physician marketing of opioids by pharmaceutical companies and mortality from prescription opioid overdoses. One study looked at $39.7 million in opioid marketing targeted at 67,507 physicians across 2208 counties in the US from 2013 to 2015. The authors of that study concluded that the “marketing of opioid products to physicians was associated with increased opioid prescribing and, subsequently, with elevated mortality from overdoses” [4].
The State of Ohio is among the states that have felt the greatest burden of this epidemic. For example, Ohio is one of eight states whose opioid mortality rate doubled every three years from 1999 to 2016, and Ohio has the fifth-highest rate of overdose deaths in the US [1]. Unintentional drug overdoses have become Ohio’s leading cause of injury-related death. A review of the Ohio Department of Health data from 2010–2017 shows that prescription opioid overdose risk is clustered throughout the state, with most hotspots in near cities in Southwest Ohio, with additional hotspots near large cities in Northern Ohio (Figure 1) [5]. The highest prescription opioid overdose mortality rates were found in the White male population (ages 30–39), while Black males experienced the fastest estimated annual increase of the opioid overdose mortality rate in the same time period [5].
In response to the opioid epidemic, the Trump Administration released the National Drug Control Strategy to focus the federal government on prevention, reducing barriers to treatment, and reducing the availability of illicit drugs. The National Institutes of Health (NIH) is investing in hundreds of research projects nationwide through its Helping to End Addiction Long-term (HEAL) initiative. Several states, including Ohio, are suing opioid manufacturers for their role in the epidemic. Ohio’s former governor, John Kasich, developed one of the nation’s most aggressive and comprehensive approaches to combatting opioid use in 2011 with the Cabinet Opiate Action Team. The team invested over $1 billion USD per year to promote responsible opioid use, reduce supply, prevent overdose, and expand access to naloxone [6]. Compared to 2011, 81 million fewer doses of opioids were dispensed in 2015, and the proportion of unintentional drug overdose deaths involving prescription opioids reduced from 45% to 22% [7]. However, the rate of unintentional overdose deaths in Ohio continued to rise, alongside increasing uses of synthetic opioids. In 2015, 40% of overdose deaths involved fentanyl, and, in 2018, fentanyl was involved in nearly 73% of overdose deaths [8]. Ohio’s current governor, Mike DeWine, launched the RecoveryOhio initiative in 2019 to further address the epidemic by expanding treatment and recovery services, promoting prevention and harm reduction, addressing stigmas associated with opioid use, and improving data coordination and sharing.
One research team at the University of Cincinnati has actively evaluated a number of health policies and strategies aimed at addressing the opioid epidemic in that state. In a cross-sectional, statewide survey of emergency department medical directors in 2016, the team evaluated the implementation of prescribing guideline issues by the Ohio Department of Health to address the prescribing of opioids and other controlled substances in emergency department and acute care facilities. The survey received a 92% response rate, and the majority of the respondents (71%) believed that the guidelines did help to reduce inappropriate opioid prescribing [9]. In a related qualitative study consisting of interviews with emergency physicians in Ohio, concerns were expressed with the guidelines, including a perceived lack of organizational responsibility on behalf of hospitals to address inappropriate opioid prescribing [10]. These physicians also commented on prescribers’ unconscious bias toward patients at high risk of opioid overdose and prescribers’ lack of education and awareness about take-home naloxone [11]. The State of Ohio’s Prescription Drug Monitoring Program (PDMP) was implemented in April 2015, and an interrupted time series analysis was conducted to evaluate the effectiveness of this program in reducing opioid and benzodiazepine dispensing. The analysis concluded that there was a statistically significant decrease in the monthly quantity of these prescriptions dispensed in Ohio following implementation [12]. In a separate, interrupted time series analysis, the effectiveness of an Ohio law allowing pharmacists to dispense naloxone without a prescription was evaluated. After implementation of this law in July 2015, the amount of naloxone dispensed increased by 2328%, thus greatly enhancing access to this drug [13].

The UC/UC Health Opioid Task Force is coordinating a campus-wide response to the opioid epidemic, which has especially affected the Cincinnati community. Bringing together a wide range of clinicians, researchers, educators, and community leaders has allowed for the academic health center to leverage its wide range of experts, forming unique partnerships that have enhanced our understanding and ability to approach this complex crisis. The task force has become a key player in promoting the Cincinnati region’s interests by connecting with state and nationwide initiatives to combat the epidemic, exemplifying how an academic health center can use collaboration to simultaneously address the needs of and advocate on behalf of their communities.
There are some key lessons learned and limitations from the experience of the UC/UC Health Opioid Task Force that could be applied to other groups hoping to address the opioid crisis by similar means. First, because efforts of the task force are so diffuse and broad, the exact impact of the task force is difficult to ascertain. There has been a significant decrease in deaths from unintentional drug overdoses during the period of operation of the task force—for example, a drop from 4854 deaths in 2017 to 3764 deaths in Ohio [8]—but the role of the task force in helping to decrease these deaths cannot be assessed. Secondly, the task force was intentionally established to be interdisciplinary, but it does make it more challenging to assess the impact of discipline-specific activities. For example, the pharmacy department at UC Health has been an essential part of clinical practice changes at UC Health related to the continuity of care for patients with addiction, but our interventions cannot parse out the role of pharmacists on patient outcomes. Finally, as presented in the appendix, it is expected that the nature of the task force itself will evolve and change, most likely into a Center for Drug Addiction.

N.J.M. created the outline for the manuscript, E.P. wrote the first draft of most of the sections, and both N.J.M. and E.P. made significant edits throughout the writing process. All authors have read and agreed to the published version of the manuscript.

We wish to thank the faculty and clinicians of the UC/ UC Health Opioid Task Force for their efforts over the past three years and Melanie Fulton and Elizabeth Rusche for providing administrative support.

UC/UC Health Opioid Task Force Goals (Updated Winter 2020)
Over the next three years, the UC/UC Health Opioid Task Force aims to achieve the following goals and to establish an addiction center within the University of Cincinnati. Other institutions in Ohio are developing addiction centers. Ideally, a University of Cincinnati Addiction Center would include research, education, and clinical services. The Task Force itself may eventually transition to an advisory board to the center once it is established.
Goal 1:
Train Students across Disciplines to be Leaders in Substance Use Prevention, Screening, and Treatment.
Goal 2:
Establish The University of Cincinnati as a Top University for Addiction/Substance Abuse Research.
Within the addiction center, a research arm would be established that would focus on career development, interdisciplinary collaboration, the generation of preliminary data, the acquisition of instrumentation, and other infrastructure supports and moderate-sized initial and interim grant supports for new programs of research. This would:
This initiative would ask UC/UC Health to provide financial support for equipment and grants for faculty doing addiction research, in addition to the hiring of an administrative assistant/grants manager, an administrative principal investigator (PI), PI for the interdisciplinary collaboration, and a PI for career/research development.
Goal 3:
Identify and Provide Resources for Healthcare Leaders to Implement Clinical Programs within Our Health and Education System. 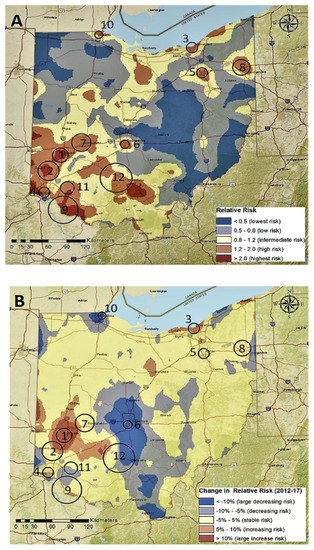 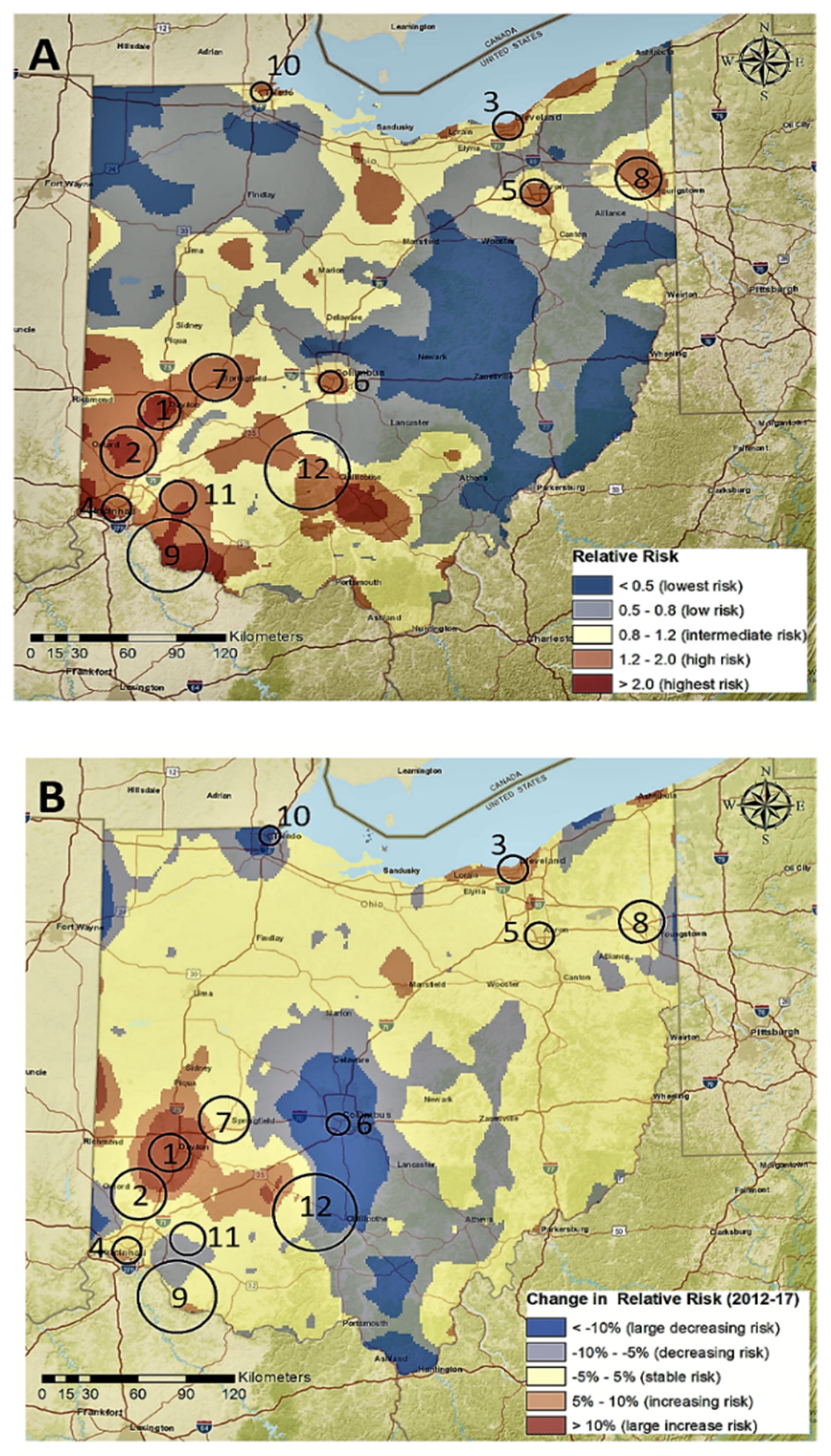 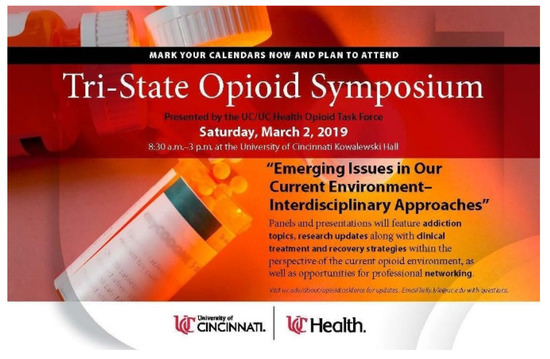