Background: Not much is currently known about United States (US) physicians’ opinions about healthcare financing, specifically subsequent to the creation and implementation of the Affordable Care Act (ACA). Objectives: A four state survey of practicing US based physicians’ opinions about healthcare financing following ACA passage and implementation. Methods: Physician leaders practicing in the state of New York, Texas, Colorado and Mississippi were surveyed. Two factor analyses (FA) were conducted to understand the underlying constructs. Results: We determined the final response rate to be 26.7% after adjusting it for a variety of factors. Most physicians favored either a single payer system (43.8%) or individualized insurance coverage using health savings accounts (33.2%). For the single-payer system, FA revealed two underlying constructs: System orientation (how the physicians perceived the impact on the healthcare system or patients) and individual orientation (how the physicians perceived the impact on individual physicians). Subsequently, we found that physicians who were perceived neutral in their attitudes towards physician-patient relationship and patient conflict were also neutral in reference to system orientation and individual orientation. Physicians who were perceived as stronger on the physician-patient relationship were more supportive of a single-payer system. Conclusion: This study brings attention to the paradox of social responsibility (to provide quality healthcare) and professional autonomy (the potential impact of a healthcare financing structure to negatively affect income and workload). Efforts to further reform healthcare financing and delivery in the US may encounter resistance from healthcare providers (physicians, mid-level prescribers, pharmacists, or nurses) if the proposed reform interferes with their professional autonomy. View Full-Text
Keywords: healthcare financing; physician survey healthcare financing; physician survey
►▼ Show Figures 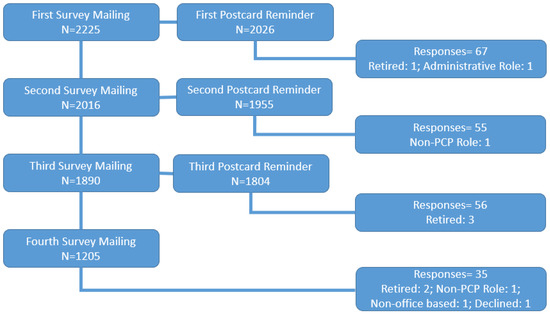