‘I Can Step outside My Comfort Zone.’

:
Purpose: Pharmacist-led medication reviews in hospitals have shown improvement in patient outcomes. The aim of this study is to describe the prevalence and nature of pharmacist interventions (PIs) following a medication review in an Irish teaching hospital. Methods: PIs were recorded over a six-month period in 2015. PIs were assessed by a panel of healthcare professionals (n = 5) to estimate the potential of adverse drug events (ADEs). Descriptive statistics were used for the variables and the chi square test for independence was used to analyse for any association between the variables. Results: Of the 1216 patients (55.8% female; median age 68 years (interquartile range 24 years)) who received a medication review, 313 interventions were identified in 213 patients. 412 medicines were associated with PIs, of which drugs for obstructive airway disease (n = 82), analgesics (n = 56), and antibacterial products for systemic use (n = 50) were the most prevalent. A statistically significant association was found between PI and patient’s age ≥65 years (p = 0.000), as well as female gender (p = 0.037). A total of 60.7% of the PIs had a medium or high likelihood of causing an ADE. Conclusion: Pharmacist-led medication review in a hospital setting prevented ADEs. Patients ≥65 years of age and female patients benefited the most from the interventions.
Keywords:
hospital pharmacy; pharmacist intervention; medication review; adverse drug event; Ireland

Whilst medication is used to prevent, treat, and manage disease and illness, medication management is the most common intervention in order to prevent adverse drug events (ADEs) [1]. The use of medication has inherent risks, and medication errors compound these risks and can lead to increased morbidity and mortality [1]. The traditional role of a pharmacist as a compounder and a dispenser of medicines resulted in the pharmacist being quite detached from other healthcare professionals (HCPs) [2]. The profession has since evolved and the pharmacist is now recognised as an essential member of a multidisciplinary healthcare team [2]. The joint guidelines from the International Pharmaceutical Federation and the World Health Organisation (WHO) on good pharmacy practice have identified that multidisciplinary collaboration among HCPs is paramount to improving patient safety and outcomes [3]. In addition to sourcing, compounding, and dispensing medicines, pharmacists also provide tailored advice to both HCPs and patients on the optimal and safe use of medicines [2]. A pharmacist-led medication review and the communication of subsequent interventions to HCPs is an example of non-traditional pharmacy services provided by pharmacists [2].
Medication review is defined as “a structured, critical examination of a patient’s medicines with the objective of reaching an agreement with the patient about treatment, optimising the impact of medicines, minimising the number of medication related problems, and reducing waste” [4]. Medication review is a key element of medicines management to detect and reduce medical errors and to optimise medical treatment [4]. Due to their clinical knowledge and expertise, pharmacists are the ideal choice to undertake medication reviews [4,5]. A recent systematic review by Graabaek et al. identified that a pharmacist-led medication review in a hospital setting showed improvement in patient outcomes [6]. For our study, we adopted the following definition of a pharmacist intervention (PI): “any action taken by a pharmacist that aims to change patient management or therapy” [7,8].
Whilst medication reviews already occur within this hospital, there has been no official audit of what type of errors are occurring or their prevalence. This paper will describe the prevalence and nature of PIs following a pharmacist-led medication review in an Irish teaching hospital.

The study was undertaken in the Mercy University Hospital (MUH) which is a 350-bed general acute university teaching hospital in Cork in the south of Ireland. Data from this study cover a six-month time period from 1 May 2015 to 1 November 2015 inclusive. A hospital pharmacist reviewed patient’s medications prospectively, once or twice per week. Inclusion criteria were inpatients whose drug kardex was available for review. Patients were excluded if aged ≤17 years and those on specialty wards e.g., oncology, as they receive chemotherapy using a specific prescription form.

The pharmacist-led medication review at the MUH consisted of a patient drug kardex review and, if required, was supported by the patient notes and laboratory data, but did not involve the patient as a source of data. When a PI(s) was identified, it was brought to the attention of the patient’s medical or surgical team for review.

Age, gender, type of care (medical/surgical), and length of hospital stay were collected for all patients. In addition, allergy status, co-morbidities, and the number of regular and “as required” (pro re nata (PRN)) medicines were recorded for patients with PI(s) only. A coding system was used to ensure confidentiality and data protection was guaranteed. The time taken for the pharmacist to conduct the medication review was also measured.

2.4. Classification of the PIs

PIs were classified by the hospital pharmacist according to type, based on the classification system employed by Gallagher et al. in a recent Irish study, but with minor modifications; the addition of two extra subheadings; duplication and poor prescribing practice, and the removal of rate of drug administration [8]. Poor prescribing practice reflects ambiguous prescribing which could be interpreted in more than one way, thus potentially affecting patient safety. Examples of these included illegible prescriptions.
The medicines associated with PIs identified were classified using the Anatomical Therapeutic Chemical (ATC) classification system [9].

PIs were reviewed and assigned a probability score, reflecting the likelihood of an ADE occurring in the absence of the PI, by five HCPs (three hospital pharmacists, an academic pharmacist and a general practitioner) using Table 1 as an example of how to assess potential clinical harm [8,10]. The median probability score for each intervention was used for analysis. An interrater reliability (IRR) analysis using the Kappa statistic was performed to determine absolute agreement between raters [11].

Descriptive statistics were used to report the variables and the chi square test for independence was used to analyse for any association between the variables using the Statistical Package for the Social Sciences (SPSS) Version 20 (IBM Corp., New York, NY, USA).
The a priori level of statistical significance was set at p < 0.05. A test of normality of the continuous variables reported, patient age, length of hospital stay, number of co-morbidities, and number of regular and PRN medicines prescribed was performed. The chi-square test for independence was used to determine if there was a significant association between PI and patient’s age ≥65 years or patient gender. The Kappa measure of agreement was used to assess the strength of interrater agreement of assignment of probability scores to the PIs.

A total of 1216 patients received a medication review; PIs were identified in 213 patients. The demographics of the patients with and without PIs are displayed in Table 2.
A significant result for the Kolmogorov-Smirnov statistic (p < 0.05) for the continuous variables reported, patient age, length of hospital stay, number of co-morbidities, and number of regular and PRN medicines prescribed indicates that the data does not follow a normal distribution. A total of 843 co-morbidities were identified in patients with PIs with a median of 4 per patient and an interquartile range (IQR) range of 2. The most common co-morbidities identified included hypertension (n = 88), chronic obstructive pulmonary disease (COPD) (n = 74), dyslipidaemia (n = 56), cardiovascular disease (n = 54), and atrial fibrillation or flutter (n = 53). Those with PIs were prescribed a median of 11 regular medicines (IQR 7 medicines) per patient and a median of 2 PRN medicines (IQR 2 medicines) per patient.

A total of 60.7% of PIs had a medium or high likelihood of causing an ADE. The prevalence and examples of PIs based upon the likelihood of an ADE occurring is displayed in Table 4. The Kappa measure of agreement values ranged from 0.114 to 0.324.

This study identified a prevalence of 0.26 PIs per patient who received a pharmacist-led medication review in an acute secondary care setting in Ireland. The results of this study confirmed previous work and supplemented the body of evidence that pharmacist-led medication reviews in a hospital setting reduce ADEs. Future studies may benefit from focusing on patients aged ≥65 years of age and female patients due the results observed in this study.

We would like to thank the staff of the MUH pharmacy department, Gavin Keogh of MUH information technology department, Joe Murphy of MUH medical library, and Carmel Walsh of MUH bed management department, who all contributed to the study. 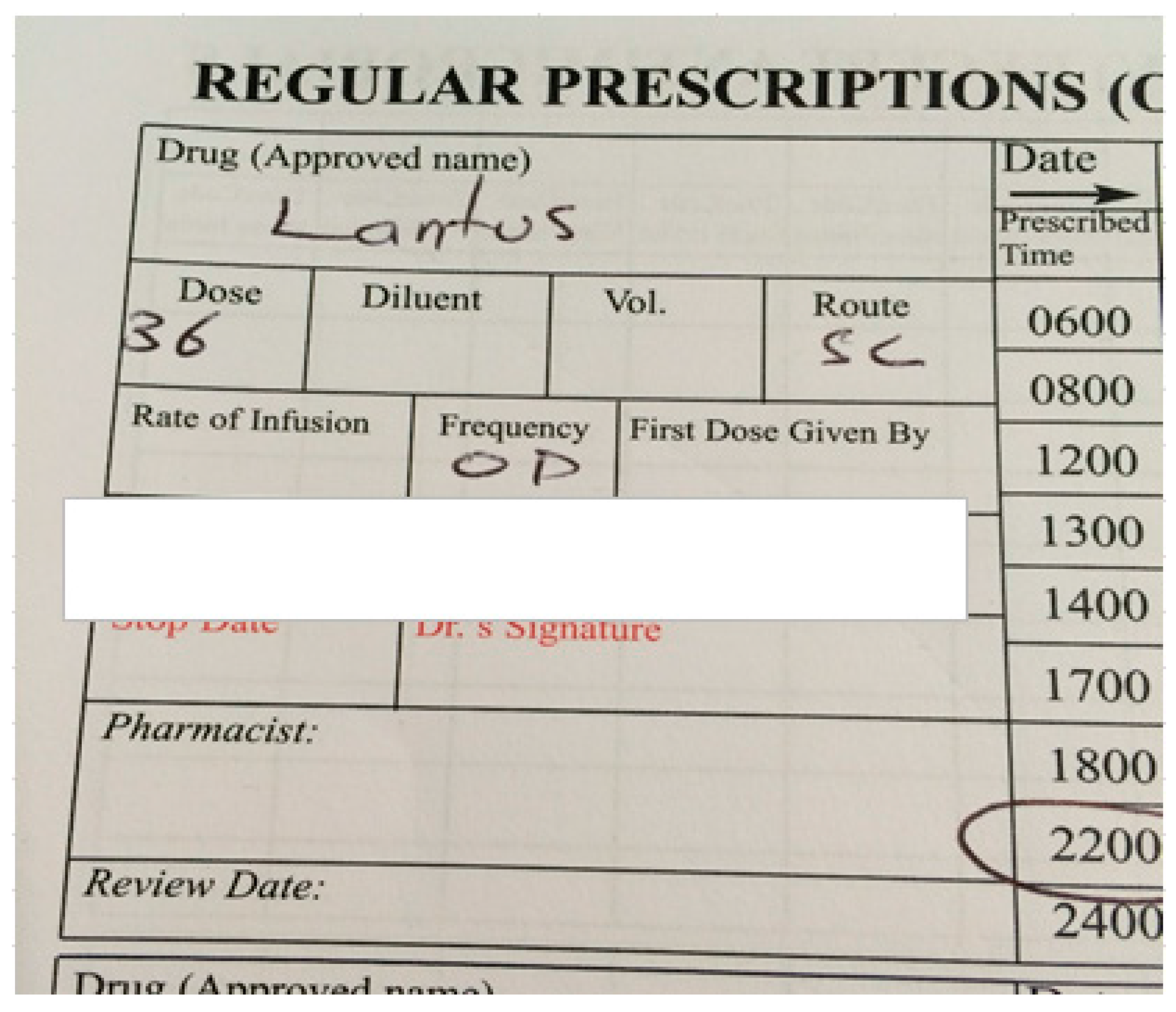