Neonates continue to be treated with off-label or unlicensed drugs while in hospital. However, some medications that have previously been used in adults underwent clinical testing and licensure for use with a different indication in the neonatal and pediatric population. Almost always, the marketing of these newly approved substances in a niche indication is accompanied by a steep increase in the price of the compound. We investigated the use of the approved formulation or the cheaper off-label alternative of Ibuprofen (Pedea®), Propanolol (Hemangiol®) and Caffeine Citrate (Peyona®) in neonatal clinical practice by conducting a National Survey of 214 Perinatal Centers in Germany. We also assessed price differences between on- and off-label alternatives and the extend of the clinical development program of the on-label medication in the neonatal population. On-label medication was more frequently used than the off-label alternative in all indications (PDA: on-label to off-label ratio 1:0.26, Apnea: 1:0.56, Hemangioma 1:0.76). All sponsors did conduct placebo-controlled Phase III trials with efficacy and safety endpoints in the target population and the number of participants in the target population varied between 82 and 497. Costs for the three drugs in their approved and marketed formulations increased in median 405-fold compared with the corresponding off-label alternative. Overall, about one out of three neonatologists prescribed an off-label or non-approved drug to patients despite an alternative medication that is approved for the indication in the target population being available.
Keywords: off-label drug use; neonate; NICU; European pediatric regulation; prescribing off-label drug use; neonate; NICU; European pediatric regulation; prescribing

The robust and vigorous testing of the efficacy and safety of new drugs in the relevant population prior to approval by regulatory authorities and entry into market is regarded as one of the key achievements in safe prescription practice, yet, less than 50% of the drugs commonly prescribed in neonatal medicine have market approval for use in this age group or have ever been pre-clinically or clinically investigated for safety or efficacy in this population [1]. This results in about 80% of all patients admitted to neonatal intensive care units (NICUs) being treated with at least one off-label/unlicensed medication during their stay in hospital [2]. Despite US and European legislation having reacted to this situation by introducing the Pediatric Research Equity Act in the US (2003) and the EC Regulation 1901/2006 and 1902/2006 in the European legislation (2006) [3,4] the percentage of neonates being treated with off-label or non-approved drugs remains disappointingly high today and seems to be increasing rather than decreasing, at least in some areas [5,6,7].
Some manufactures, however, did indeed conduct development programs to investigate the efficacy and safety of already-established medications, now to be used for a novel indication in the neonatal population—not surprisingly, accompanied by a significant price increase for the newly approved “old” drug. For example, intravenous Ibuprofen, used in neonates to close a hemodynamic relevant persistent ductus arteriosus (PDA), is currently marketed in two different preparations: one is Ibuprofen-lysine (Pedea®, Orphan Europe, Paris) the other is ibuprofen-arginine (Caldolor®, Cumberland Pharmaceuticals, Nashville, TN, USA). Ibuprofen-arginine, at a cost of approximately 16 € per 400 mg ampoule (0.04 €/mg), is an analgesic for adult patients with a statement in the product information sheet that safety and effectiveness has not been established in patients less than 17 years of age. Ibuprofen-lysine, in contrast, has market approval for the treatment of PDAs in preterm neonates and is available at a price of approximately 162 € per 10 mg (16.22 €/mg) vial, which corresponds to a 405-fold price increase. Other examples for treatments with a drastic price increase after licensure in the neonatal population are propanolol (Hemangiol®, Pierre Fabre Dermatologie, Lavaur, France) for the treatment of hemangioma and caffeine citrate (Peyona®, Chiesi Farmaceutici, Parma, Italy) for the treatment of neonatal apnea/bradycardia.
In this paper, we report the results of a national survey of all 214 perinatal centers in Germany, with the aim of assessing the use of either the approved expensive formulation of the above mentioned drugs or the cheaper off-label alternative in clinical practice. Additionally, we analyze the European Medicines Agency (EMA) public assessment reports (EPAR) on the clinical development programs of these drugs to understand to what extend additional clinical and non-clinical studies have been conducted by the respective sponsors to achieve market authorization in the neonatal indications.

A survey was mailed to all Level I (highest level of perinatal care, treating preterm neonates of all gestational age (GA) and birthweight) and Level II (admission of neonates with a birthweight of ≥1250 g and a GA above 28 weeks) neonatal centers in Germany (214 centers). Recipients were asked to specify the medication used to treat neonates with PDA (Pedea® or others), neonates with apnea of prematurity (Peyona® or others), neonates with hemangiomas (Hemangiol® or others) and neonates with pulmonary hypertension (iNOmax® or others, data not shown since nitric oxide (NO), as a technical gas, is no longer available for hospitals). Additionally, centers were asked to specify how many patients with each condition were treated per site per annum. Non-responders were followed-up with a phone call, and, if in agreement, submission of a second copy of the questionnaire. Responses could be returned anonymously. A copy of the survey is available in supplementary material.

The Scientific discussion of the Public Assessment Reports were analyzed to understand the non-clinical and clinical studies that have been initiated and conducted by the respective sponsor/Marketing Authorization Application (MAA) holder. Clinical studies were then investigated to understand the study design (placebo controlled vs. non-controlled studies vs. compassionate use programs) number of subjects per study as well as overall number of participants in the target population (neonates) in the clinical development program. Post-marketing commitments were extracted, if any.

Prices for the three drugs in their approved and marketed formulation and corresponding off-label alternative have been sourced from a large hospital pharmacy serving a group of 18 hospitals in Germany (St. Vincenz Apotheke, Limburg, Germany).

Neither ERB approval nor patient written informed consent was required because we used either publicly available data or de-identified statistical information (in the survey). No patient medical records were submitted or used.

3.1. Survey of Clinical Practice in Perinatal Centers in Germany

Of the 214 Perinatal Centers, 151 (71%) responded. The results of the questionnaire for all three medications are summarized in Figure 1. Briefly; the on-label medication was more frequently used than the off-label alternative in all indications (on-label to off-label ratio 1:0.26 for the treatment of PDA with Pedea®, 1:0.56 for the treatment of apnea with Peyona® and 1:0.76 for the treatment of Hemangiomas with Hemangiol®). Of note, the on-label group did include centers that use the on-label medication occasionally amongst other (off-label) treatments, if these were excluded, the ratio would naturally have shifted more towards the off-label use (see Figure 1).
The majority of centers conducted between 0–50 treatments in each indication per year with the exception of apnea of prematurity, in which the most centers conducted 50–100 treatments per year (further details in Figure 2).

The number of subjects enrolled in clinical trials to achieve market approval in the neonatal indication varied greatly between the three compounds (Table 1). Investment in human Phase I studies pharmacokinetic (PK) studies in healthy volunteers was limited in all development programs (0–18 participants). All sponsors conducted placebo controlled, double blind Phase III trials with efficacy and safety endpoints in the target population. Tthe number of participants in the target population varied between 82 and 497.
Two out of the three compounds conducted a dose finding/PK study in the target population and all three manufactures committed to some form of post-marketing safety surveillance studies or registries (Table 2).

Costs for the three drugs in their approved and marketed formulation increased in median 405-fold compared with the corresponding off-label alternative, with the largest increase noted in caffeine for the treatment of apnea (see Table 3). Interestingly, the medication with the steepest relative price increase involved the lowest number of trial subjects in the clinical development program (Peyona® for the treatment of neonatal apnea).

The following are available online at https://www.mdpi.com/article/10.3390/pharmacy10010019/s1, Survey Questionnaire.

The study was conducted according to the guidelines of the Declaration of Helsinki. Ethical review and approval were waived for this study because we used either publicly available data or de-identified statistical information (in the survey). No patient medical records were submitted or used.

Source data is available from the corresponding author on reasonable request. 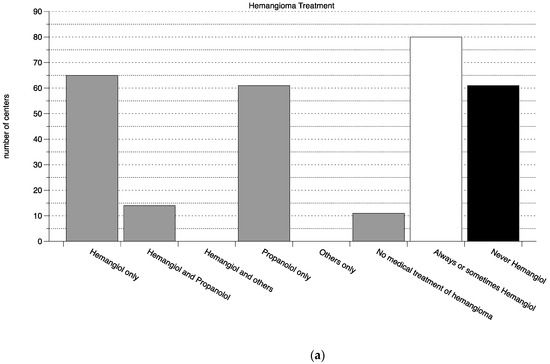 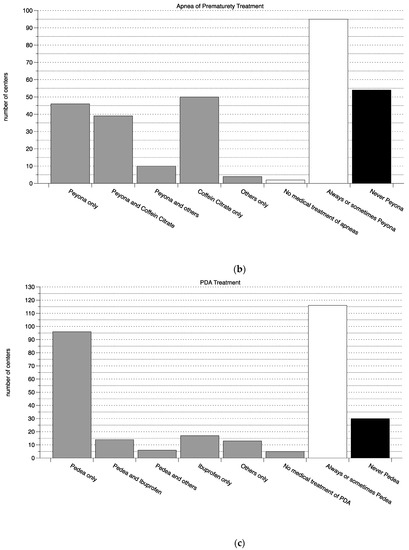 Table 3. Price Comparison.
Table 3. Price Comparison.
PDA: persistent ductus arteriosus.
© 2022 by the authors. Licensee MDPI, Basel, Switzerland. This article is an open access article distributed under the terms and conditions of the Creative Commons Attribution (CC BY) license (https://creativecommons.org/licenses/by/4.0/).
We use cookies on our website to ensure you get the best experience. Read more about our cookies here.
Accept
We have just recently launched a new version of our website. Help us to further improve by taking part in this short 5 minute survey here. here.
Never show this again