The Effects of Great Plains Irrigation on the Surface Energy Balance, Regional Circulation, and Precipitation

A Note on the Baseline in Considering the Ice Age

Shifting the presently used baselines of temperature changes during the last 440,000 years to about the lowest recorded temperature (+5 °C) as the baseline, a somewhat different view of climate change during the four Ice Ages emerges. Unlike the presently used baselines, the lowest temperature baseline is sort of the “absolute” one, in the sense that it does not depend on any chosen period during the last 440,000 years. Taking such a temperature as the baseline, the general trend of changes represents approximately the heat input function. Thus, in this view, the warming pulses with a sharp onset are the main feature, rather than a sequence of slow cooling and the subsequent sudden warming, although the basic physics involved in the feedback process may be the same. The interglacial periods are the peaks of the impulsive warming, rather than “returning to the normal condition” or “recovery from the Ice Ages”. In fact, the commonly used baselines represent simply the present conditions, rather than the baseline in climatology. View Full-Text
Keywords: Ice Ages; interglacial period; baseline Ice Ages; interglacial period; baseline
►▼ Show Figures 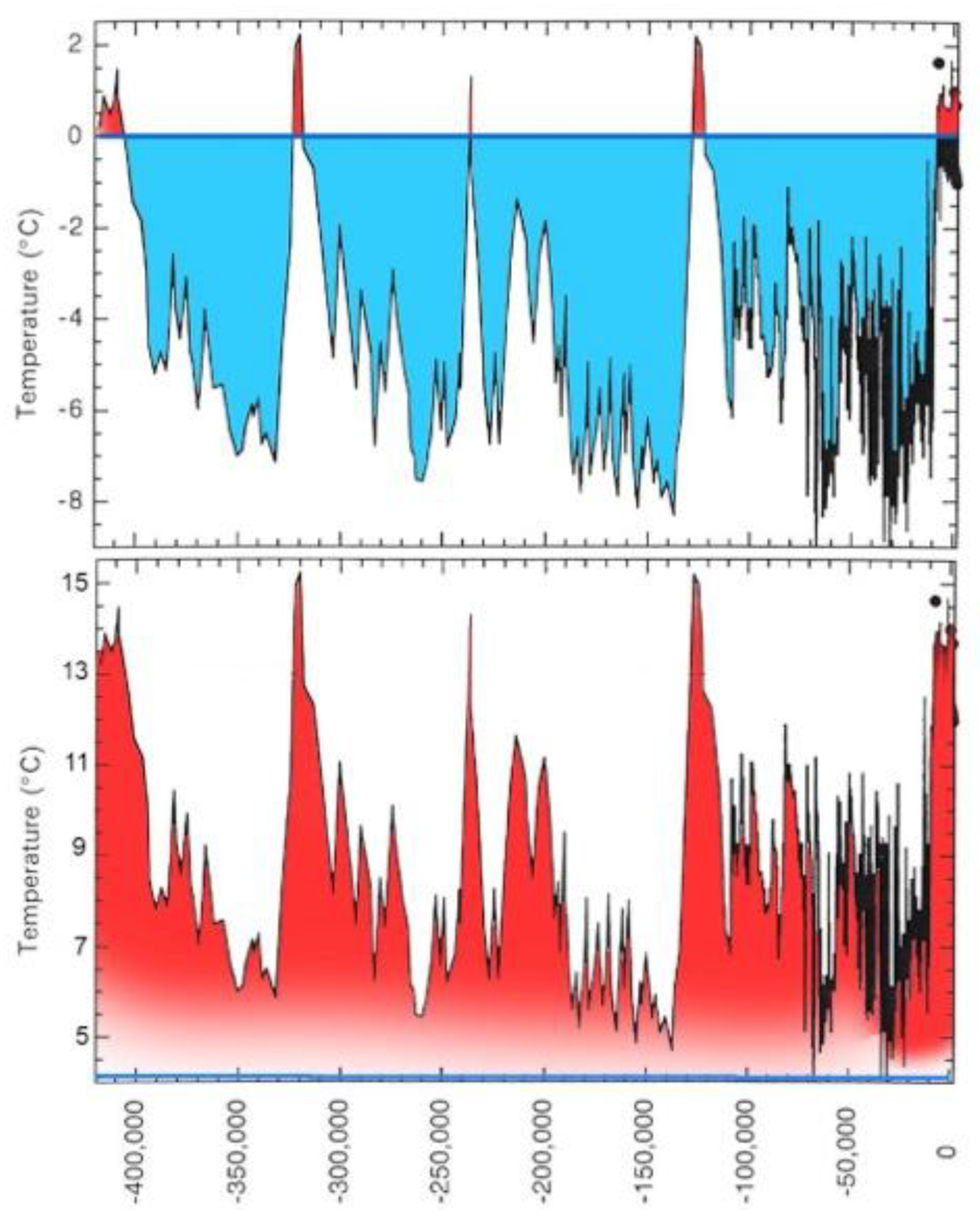