The Epicardium in the Embryonic and Adult Zebrafish

The discovery of stem and progenitor cells in the adult mammalian heart has added a vital dimension to the field of cardiac regeneration. Cardiac-resident stem cells are likely sequestered as reserve cells within myocardial niches during the course of embryonic cardiogenesis, although they may also be recruited from external sources, such as bone marrow. As we begin to understand the nature of cardiac-resident stem and progenitor cells using a variety of approaches, it is evident that they possess an identity embedded within their gene regulatory networks that favours cardiovascular lineage potential. In addition to contributing lineage descendants, cardiac stem cells may also be stress sensors, offering trophic cues to other cell types, including cardiomyocytes and vasculature cells, and likely other stem cells and immune cells, during adaptation and repair. This presents numerous possibilities for endogenous cardiac stem and progenitor cells to be used in cell therapies or as targets in heart rejuvenation. In this review, we focus on the epicardium as an endogenous source of multi-potential mesenchymal progenitor cells in development and as a latent source of such progenitors in the adult. We track the origin and plasticity of the epicardium in embryos and adults in both homeostasis and disease. In this context, we ask whether directed activation of epicardium-derived progenitor cells might have therapeutic application. View Full-Text
Keywords: proepicardial organ; epicardium; mesenchymal stem cells; cardiac stem cells; cardiac fibroblast; CFU-F proepicardial organ; epicardium; mesenchymal stem cells; cardiac stem cells; cardiac fibroblast; CFU-F
►▼ Show Figures 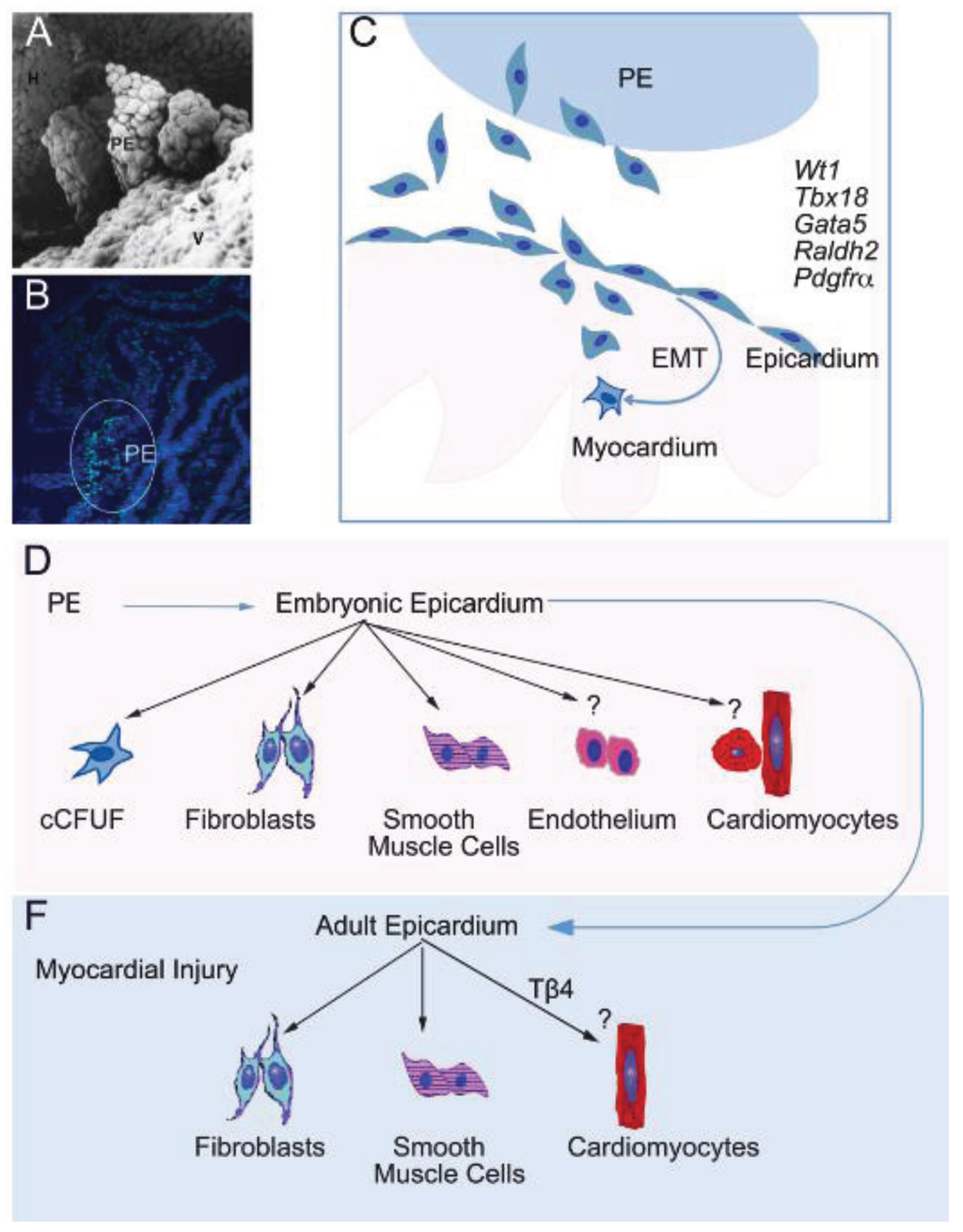