Left-Right Asymmetrical Development of the Proepicardium

The death of cardiac myocytes resulting from myocardial infarction is a major cause of heart failure worldwide. Effective therapies for regenerating lost cardiac myocytes are lacking. Recently, the epicardium has been implicated as a source of inflammatory cytokines, growth factors and progenitor cells that modulate the response to myocardial injury. During embryonic development, epicardially-derived cells have the potential to differentiate into multiple cardiac lineages, including fibroblasts, vascular smooth muscle and potentially other cell types. In the healthy adult heart, epicardial cells are thought to be generally quiescent. However, injury of the adult heart results in reactivation of a developmental gene program in the epicardium, which leads to increased epicardial cell proliferation and differentiation of epicardium-derived cells (EPDCs) into various cardiac lineages. Recent work suggests that epicardial reactivation after injury is accompanied by, and contributes to, a robust inflammatory response. In this review, we describe the current status of research related to epicardial biology in cardiac development and regeneration, highlighting important recent discoveries and ongoing controversies. View Full-Text
Keywords: epicardium; proepicardium; epithelial-to-mesenchymal transition (EMT); cardiac regeneration epicardium; proepicardium; epithelial-to-mesenchymal transition (EMT); cardiac regeneration
►▼ Show Figures 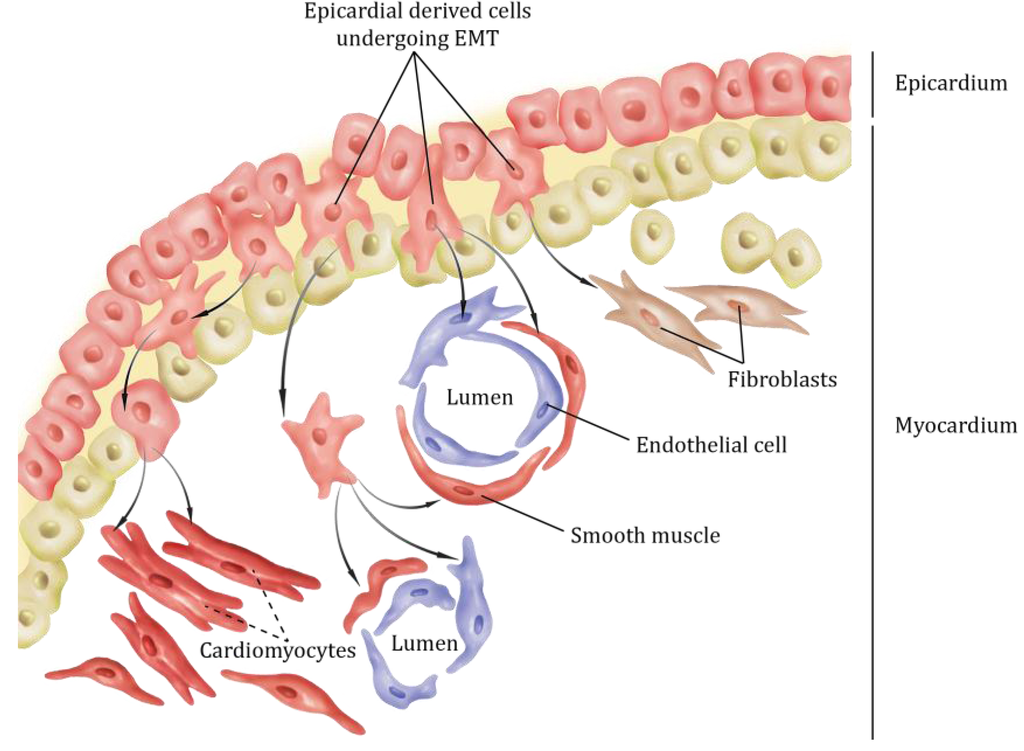