In this paper, we investigate the problem of grasping previously unseen objects in unstructured environments which are cluttered with multiple objects. Object geometry, reachability, and force-closure analysis are considered to address this problem. A framework is proposed for grasping unknown objects by localizing contact regions on the contours formed by a set of depth edges generated from a single-view 2D depth image. Specifically, contact regions are determined based on edge geometric features derived from analysis of the depth map data. Finally, the performance of the approach is successfully validated by applying it to scenes with both single and multiple objects, in both simulation and experiments. Using sequential processing in MATLAB running on a 4th-generation Intel Core Desktop, simulation results with the benchmark Object Segmentation Database show that the algorithm takes 281 ms on average to generate the 6D robot pose needed to attach with a pair of viable grasping edges that satisfy reachability and force-closure conditions. Experimental results in the Assistive Robotics Laboratory at UCF using a Kinect One sensor and a Baxter manipulator outfitted with a standard parallel gripper showcase the feasibility of the approach in grasping previously unseen objects from uncontrived multi-object settings. View Full-Text
Keywords: autonomous grasping; unstructured environments; novel object grasping autonomous grasping; unstructured environments; novel object grasping
►▼ Show Figures 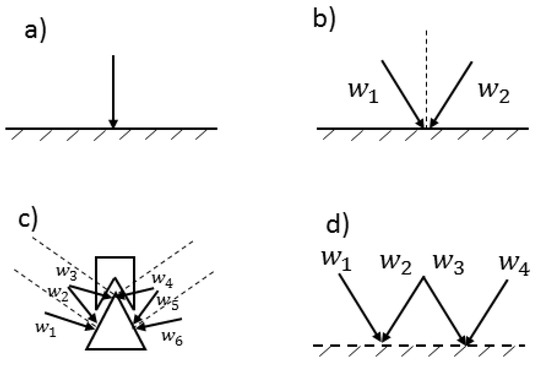 Jabalameli, A.; Behal, A. From Single 2D Depth Image to Gripper 6D Pose Estimation: A Fast and Robust Algorithm for Grabbing Objects in Cluttered Scenes. Robotics 2019, 8, 63.


Jabalameli A, Behal A. From Single 2D Depth Image to Gripper 6D Pose Estimation: A Fast and Robust Algorithm for Grabbing Objects in Cluttered Scenes. Robotics. 2019; 8(3):63.