Robot Learning from Demonstration in Robotic Assembly: A Survey
Previous Article in Journal

From (1) and (2), and , the output difference between y and at is given by
By using and the new variable ( from (3)), the above equation can be rewritten as
Then, we obtain from (6), , and . This means that the lower bound of is given by for and . Therefore, if there exists a prediction governor G such that the relations , and hold, such a G is an optimal solution to Problem 1.
The solution to Problem 1 is given as follows.
Theorem 1.
For the nonlinear system Σ, an optimal prediction governor is given byand . In addition, the minimum value of is given by
Proof of Theorem 1.
By direct calculation, it is determined that the relations and hold for (8) and .
Next, for the minimum value of , the following relations hold.
Note that is the output of system with . First, (10) is obtained from (7). Then, (11) and (12) are obvious from their definitions. Finally, the proof of (13) is given as follows.
The output of system with in (8) is expressed as
Here, the state corresponds to the state x of system driven by v, i.e., , and the state corresponds to of driven by , i.e., , because has the model of . Based on this, (14) can be rewritten:
Therefore, the output difference between and at is
For any and , we have
From this, can be obtained, which means (13) holds. ☐
Theorem 1 assigns the prediction governor G that minimizes and the performance limit of the prediction governor given by (2). The following procedure is followed for implementing (8).

In this section, the application of the prediction governor to an automatic driving control system is described, and its usefulness is examined. A steering signal, as shown in Figure 2, is shaped by combining low accuracy prediction, where real-time processing is feasible, and high accuracy prediction, where the processing is time consuming. The car is controlled using this shaped steering signal.
First, to verify the prediction governor’s performance, a numerical simulation of trajectory tracking was conducted and the tracking accuracy was evaluated. Next, to examine the usefulness of the prediction governor, actual lane-keeping experiments were conducted using a radio controlled car.

A RoboCar 1/10 2016 from ZMP Inc., as shown in Figure 8, was used in the experiments. Table 1 shows the specification of the RoboCar. Figure 9 shows the experimental setup. Two white lines were drawn on the field. As depicted in Figure 9, position measurement cameras (OptiTrack Prime13W) were placed at both ends of the field to capture the RoboCar’s travel trajectory. First, the image captured by the camera mounted on the RoboCar was obtained and the traveling route was predicted by analyzing this image. Next, based on the predicted route the steering angle of the RoboCar was controlled.
In the process of predicting the traveling route, two types of image processing algorithms were used. In the first algorithm (Image Processing 1), the images captured by the camera were converted to binary images, and from the images corresponding to the position of the white lines 300 (mm) ahead of the front end of the car the coordinates on the image were determined. The mid point between the white lines was then calculated using these coordinates. In the second algorithm (Image Processing 2), after binarization, using a differential filter and Hough transformation together with processing such as clustering, the white lines were detected. The crossing point (vanishing point) of these two lines was then calculated. In this study, the aforementioned two methods of image processing were executed simultaneously in the RoboCar.
As shown in Figure 10, for a sampling period of = 0.07 (s), although Image Processing 1 can be conducted in real time, there is a time lag for Image Processing 2, as it requires more time. In this study, based on experiments conducted in advance to estimate the white line position, the yaw rate signal obtained using the results of Image Processing 1 was set as the low accuracy predicted value, and the yaw rate signal obtained using the results of Image Processing 2 was set as the high accuracy predicted value. Using the prediction governor, in each step, the low accuracy predicted value was then shaped using the high accuracy predicted value, and the RoboCar was run using this shaped value.
Since the actual input to the RoboCar is the steering angle, the yaw rate signal v is used after converting it into steering angle s (rad) using the transformation . Here, L is the distance between the front and rear wheel axles and was set as (mm) in the experiments V is the speed of the car and was set at a constant value of (mm/s).
The results of the experiments are shown in the following figures. The results of applying the prediction governor, as shown in Figure 11, suggest that the steering angle represented by the thin line is shaped as indicated by the thick line. The corresponding trajectories are shown in Figure 12. In Figure 12, the double lines show the two white lines of the traffic lane. The dot-dashed line shows the trajectory when the low accuracy predicted value only was used, the dashed line shows the trajectory when the high accuracy predicted value only was used, and the solid line shows the trajectory when the nonlinear prediction governor was used in driving control. As observed in the results, first, the travel trajectory based on low accuracy predicted value only deviated widely from the traffic lane because of misrecognition of the white lines. Further, the travel trajectory based on the high accuracy predicted value only, deviated from the traffic lane because of the time lag. In contrast, by applying the prediction governor, the erroneous steering signal was shaped and deviation from the traffic lane was avoided. The results confirmed that the control performance was improved by applying the prediction governor. Finally, it is also stressed that a satisfactory performance could be obtained by using the prediction governor even though a controller was designed without the consideration of lane-keeping constraints. Therefore, this experimental result illustrated the practical benefits of the proposed method.

The author would like to thank Professor Kenji Sugimoto, Nara Institute of Science and Technology for his support. This research was partly supported by JSPS KAKENHI (16H06094).

Y.M. and Y.I. developed the optimal prediction governor, Y.I. performed the experiments and analyzed the data, and Y.M. and Y.I. wrote the paper. 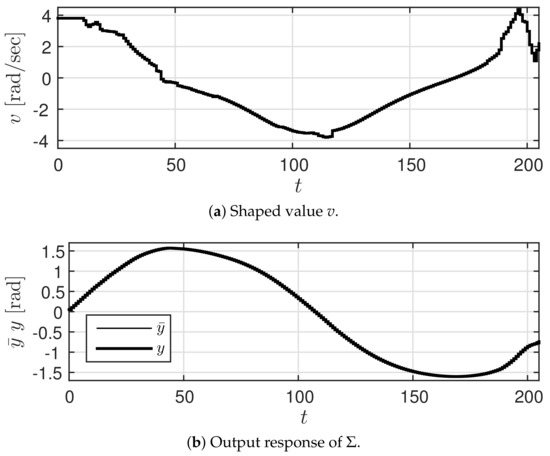 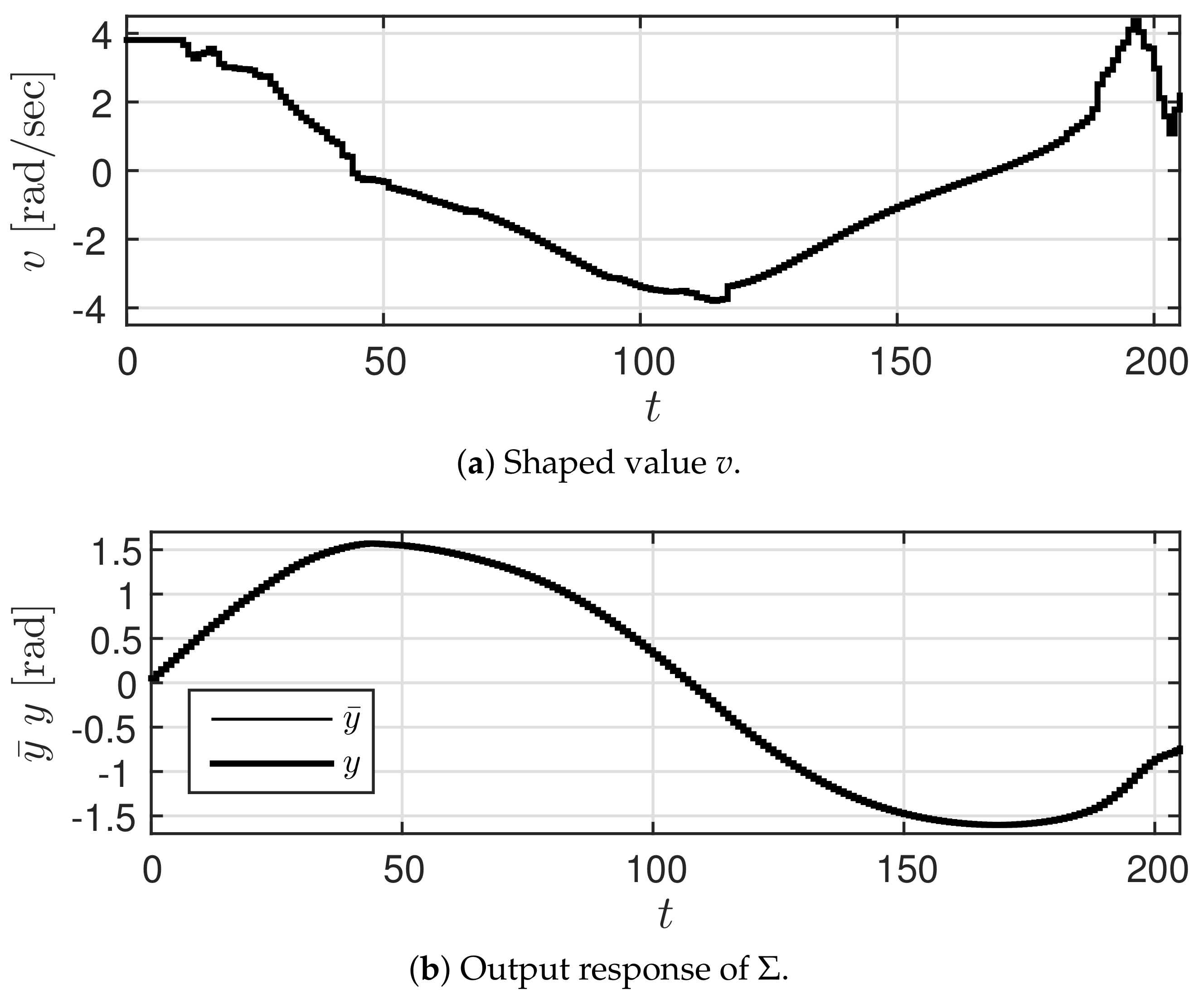 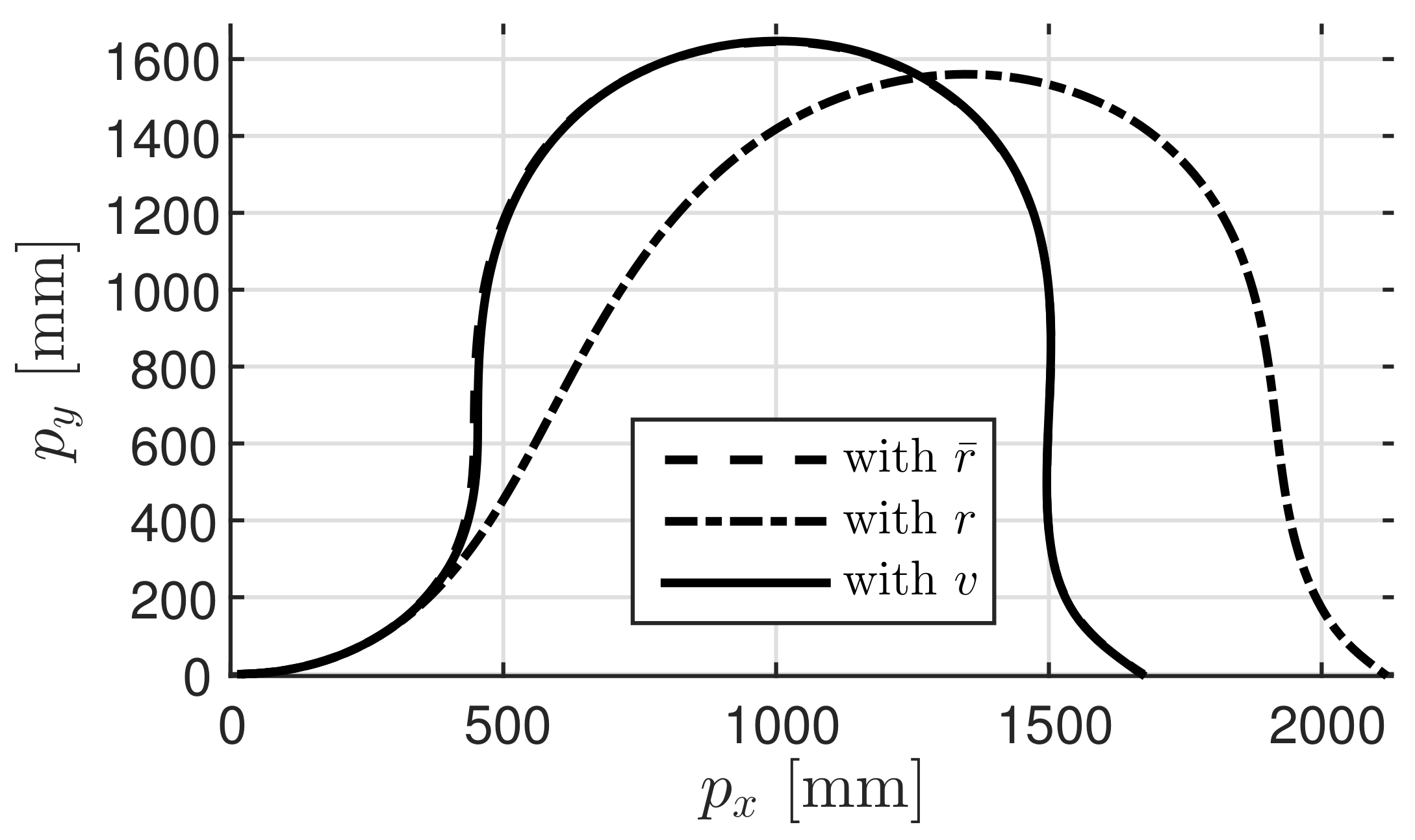 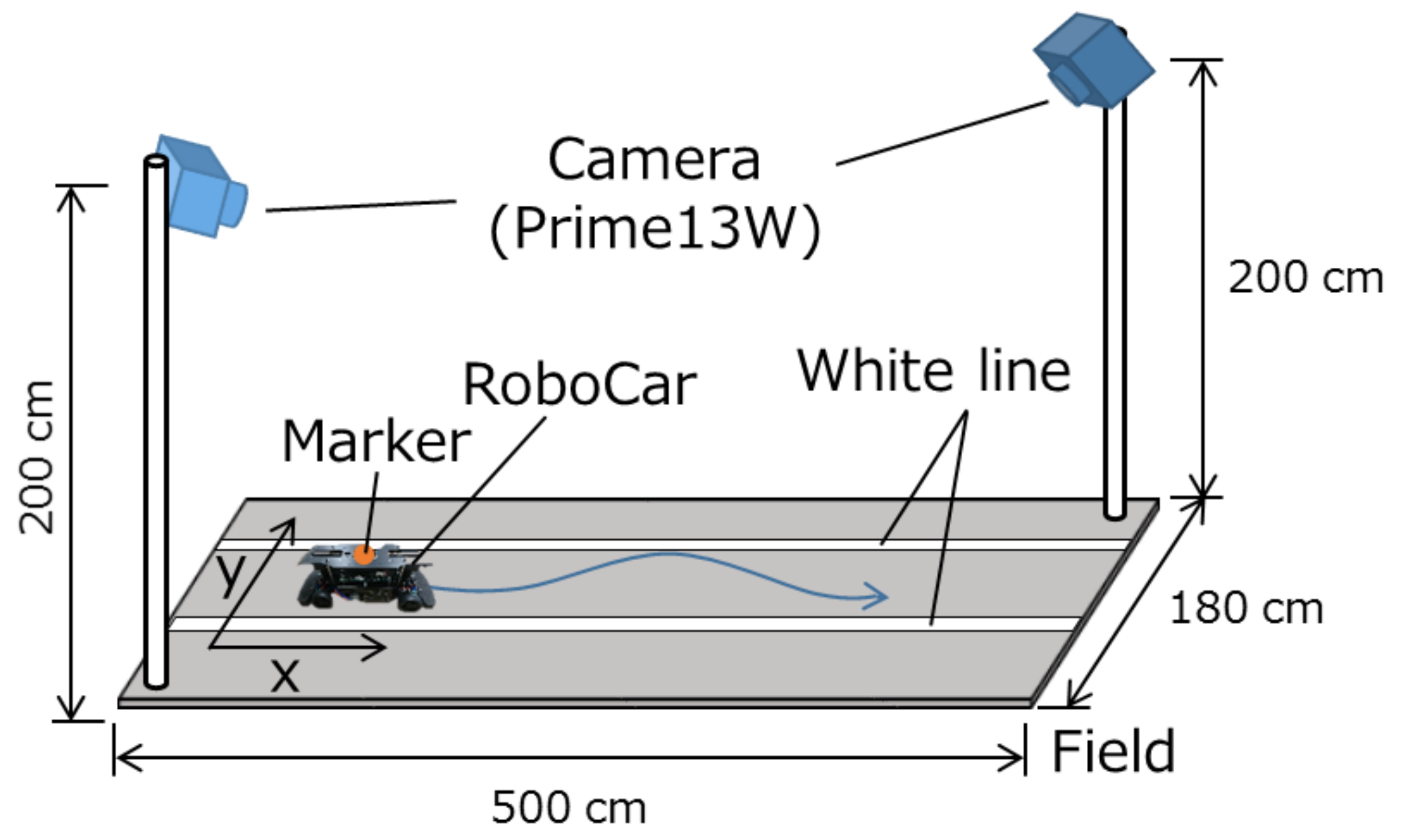 Table 1. Specification of the RoboCar.
Table 1. Specification of the RoboCar.
© 2018 by the authors. Licensee MDPI, Basel, Switzerland. This article is an open access article distributed under the terms and conditions of the Creative Commons Attribution (CC BY) license (http://creativecommons.org/licenses/by/4.0/).
We use cookies on our website to ensure you get the best experience. Read more about our cookies here.
Accept
We have just recently launched a new version of our website. Help us to further improve by taking part in this short 5 minute survey here. here.
Never show this again