The idea to use a cost-effective pneumatic padding for sensing of physical interaction between a user and wearable rehabilitation robots is not new, but until now there has not been any practical relevant realization. In this paper, we present a novel method to estimate physical human-robot interaction using a pneumatic padding based on artificial neural networks (ANNs). This estimation can serve as rough indicator of applied forces/torques by the user and can be applied for visual feedback about the user’s participation or as additional information for interaction controllers. Unlike common mostly very expensive 6-axis force/torque sensors (FTS), the proposed sensor system can be easily integrated in the design of physical human-robot interfaces of rehabilitation robots and adapts itself to the shape of the individual patient’s extremity by pressure changing in pneumatic chambers, in order to provide a safe physical interaction with high user’s comfort. This paper describes a concept of using ANNs for estimation of interaction forces/torques based on pressure variations of eight customized air-pad chambers. The ANNs were trained one-time offline using signals of a high precision FTS which is also used as reference sensor for experimental validation. Experiments with three different subjects confirm the functionality of the concept and the estimation algorithm. View Full-Text
Keywords: physical human-robot interaction; soft-robotics; robot-assisted rehabilitation physical human-robot interaction; soft-robotics; robot-assisted rehabilitation
►▼ Show Figures 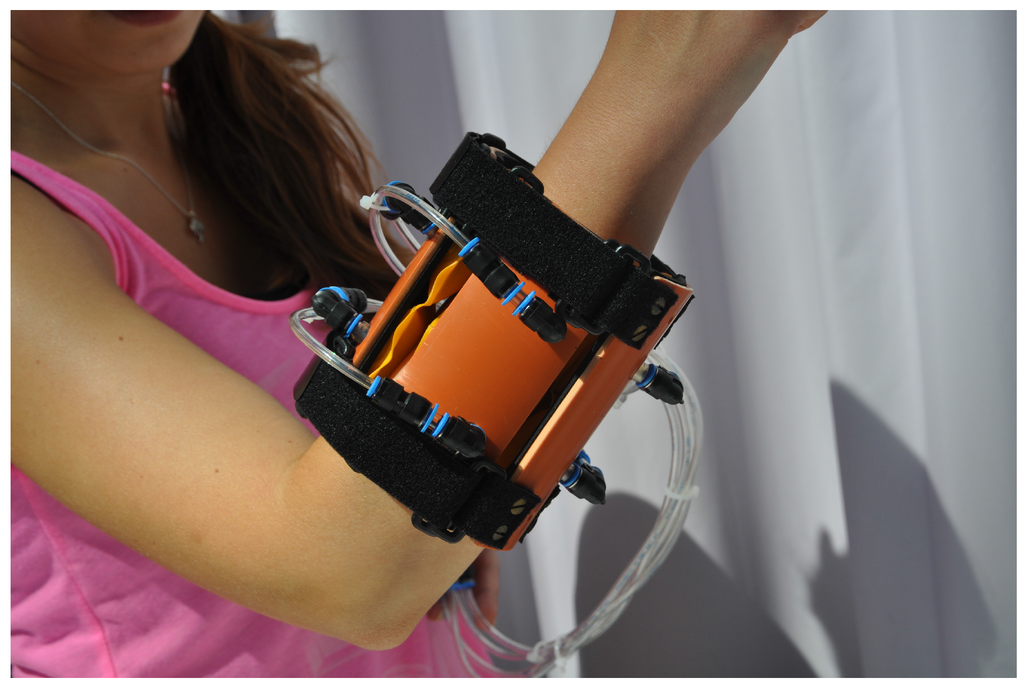