This report presents the detection framework and a proposal for a pilot table-top experiment (supported by simulations and preliminary test results) for adoption into narrow mass range light Cold Dark Matter (CDM) searches, specifically for axions or Axion-Like Particles (ALPs) in a resonant cavity-based scheme. The novelty of this proposal lies in an attempt to concentrate searches corresponding to specific axion masses of interest (coinciding with recent proposals), using multiple cavities in a symmetric scheme, instead of using noisy and complicated tuning mechanisms, and in reduction of associated hardware by employing simpler underlying instrumentation instead of heterodyne mode of detection, by means of a low-noise ac amplification and dc phase-sensitive detection scheme, in order to make a viable and compact table-top experiment possible. These simplifications could possibly be valuable in substantially reducing detection hardware, experiment complexities (and associated noise) and long run-times, while maintaining low noise similar to conventional axion searches. The feasibility of proposed scheme and the experiment design are demonstrated with some calculations, simulations and preliminary tests with artificial axion signals injected into the cavities. The technique and ideas reported here have significant potential to be developed into a small-scale table-top, narrow-range, dark matter axion/ALP spectroscopy experiment, in addition to aiding in the on-going resonant cavity-based and broadband experiments.
Keywords: axions; ALP’s; light cold dark matter; Primakoff effect; phase-sensitive detection axions; ALP’s; light cold dark matter; Primakoff effect; phase-sensitive detection

2. An Axion Model and Detection Framework

The total noise temperature of the system is calculated as per a simple expression:
Here, is the system’s physical temperature and is the cavity temperature which takes into account a black-body radiation form of the enclosed quantum vacuum (including the quantum fluctuations at ). is the noise temperature of the first or primary amplifier (which is the JPA in our case), are the noise temperatures of secondary amplifiers (i.e., the cryogenic and room-temperature LNA’s) and are their gains, respectively. For the JPA, once fully implemented, a total noise temperature of around 1.0–1.2 K is expected (operating at 20 mK) while obtaining a gain of around 15–25 dB. With this value, we estimate the total noise temperature of the system within 5 K (excluding the room temperature stages). The individual noise temperatures of each stage, the gains and overall noise overhead of the system are tabulated in Table 2.
Another important factor in noise registry, even at the low temperature regime (~mK) is the quantum partition noise of photon-created electron-hole pairs, a kind of photon-assisted shot noise, owing to the photonic excitation of electrons emitted from a thermal bath. It has been reported elsewhere [40] that approximately 8–10% of the noise associated with the measurement of a quantum system at sub-Kelvin physical temperatures is of this kind, having a form with Jl a Bessel function, and may be reduced by a factor of three by using optimal filtering and increasing the thermal conductance of the cables involved.
We have carried out our tests at liquid nitrogen temperatures of around 70 K, but once we acquire a dilution refrigerator and JPA, the antenna and parametric amplifier shall be mounted on the mixing chamber stage at around 20 mK (in order to achieve the quantum limit of Tsys ~ ma for 5.4 GHz), whereas the SRH and post-amplification stages are at the top chamber of the dilution refrigerator at a temperature of 4 K. For the resonant frequency of 5.4 GHz, the Johnson noise at 0.020 K ambient temperature and a bandwidth (f) of 20 KHz is estimated around 10−21 W (using ). In terms of the overall measurement accuracy, we expect a total systemic uncertainty of around 10%. Other than effectively minimizing the thermal noise to a nearly negligible order, the other main concern in terms of the total noise registry of the measurement system is the quantum noise associated with high frequencies involved, including the quantum partition noise as discussed above. This kind of noise is inherent with the detection circuitry, which mainly includes the detector and amplifier, and in low-temperature measurements is known to dominate the total noise overhead. It has been proposed elsewhere to use either single-photon detectors or phase-sensitive parametric amplifiers working beyond the standard quantum limit to minimize this [41]. However, in addition to great benefits, they have serious shortcomings and limitations as well, such as intrinsic noise arising from zero-point energy fluctuations which are amplified along with the signal excitations, etc. We propose a similar scheme with a new improvement in the read-out stages by incorporating phase-sensitive detection, which we believe could extend a benefit to overcome the noise inherent with the measurement and compensate for the noise backlog.

Over a period of two months, various tests were carried out based on the scheme proposed in this report, working with both room (~300 K) and LN2 (~70 K) physical temperatures, to investigate the resonance detection and measurement capabilities for artificially injected axion signals, especially assessing the noise profile of the signal and associated signal to noise ratio’s.
In order to assess the noise profile of our cavity and measurement scheme, Figure 9 illustrates the raw power spectral density (PSD) in the region of interest of the noise measured from the cavity without any kind of stimulation and in stringent shielding conditions. The outcome is quite satisfactory showing quite small fluctuations in the spectral distribution of measured power.
Figure 10 and Figure 11 illustrate the time-domain detection of 2.5–2.7 GHz Lorentzian-shape signals artificially injected in the cavity as detected by the scheme depicted in Figure 8, excluding the JPA. Signal was picked with the help of our tuning fork antenna mounted in the RF cavity and coupled to the RTD and sensing and routing hub, all kept at LN2 temperatures, and amplified further by 290 K HEMT and RF detector stages. Figure 10 is an instantaneous raw signal as received and displayed by the DSO, thus depicting a true representation of a resonance detection event as registered in the cavity, whereas Figure 11 is a processed form of the signal as generated by the LIA and DAQ, thus depicting higher signal to noise ratio.
Figure 12 and Figure 13 are the frequency-domain spectra of the injected signals as detected by the measurement scheme and produced by our 16-bit precision DAQ, using its Fast Fourier Transform (FFT) spectroscopy software routines. The data received as a function of time is parsed through an online FFT, with a sampling rate of upto 2 MHz (which is sufficient for the analysis of our signal, which bears its maximum component at 300KHz to 1MHz, as per the Nyquist criterion), producing a data set of power as a function of frequencies, which is saved for later analysis and plotting. Based upon the time-domain voltages data in Figure 11, the Figure 12a depicts the 150 KHz carrier frequency peak whereas Figure 12b (inset of Figure 12) depicts its first harmonic, at approximately 300 KHz.
Figure 13 illustrates an overall accumulated view of various batches and data sets depicting detection of resonance within the cavity corresponding to an artificially injected 11.2 eV axion signal, after phase-sensitive detection, filtering and integration, showing a remarkable capability to detect resonance as well as a conspicuous improvement in SNR.

Author acknowledges, with great gratitude, valuable discussions with Z. H. Shah, Giovanni Carugno, Maxim Yu Khlopov, Giuseppe Ruoso, Mark Ghorgetto, and Nicholas Crescini, as well as with the able reviewers of the manuscript, which were fruitful in refining the manuscript and updating references to appropriate recent work. I appreciate the valuable discussions and technical assistance by Mahlon Long at the US Jefferson National Laboratory & Accelerator Facility, Newport News, VA, USA, in making the RF cavities and solving associated problems. I wish to thank the Jazan University for its support in establishing my laboratory (The JU Research Laboratory of Low-Level Quantum Measurements at the Department of Physics, Faculty of Science, JU) where this work was carried out.

The author declares no conflict of interest regarding the publication of this paper. 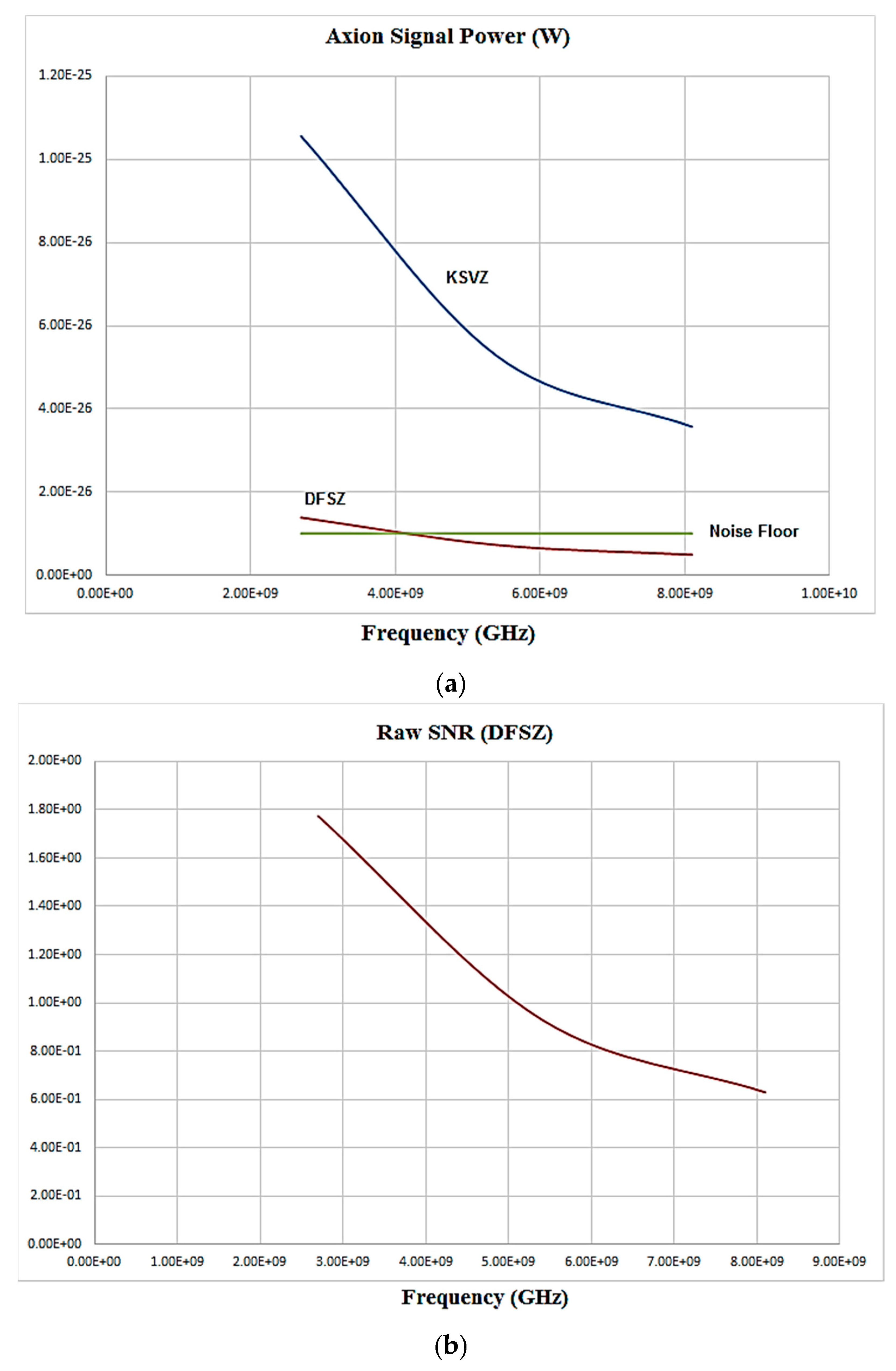 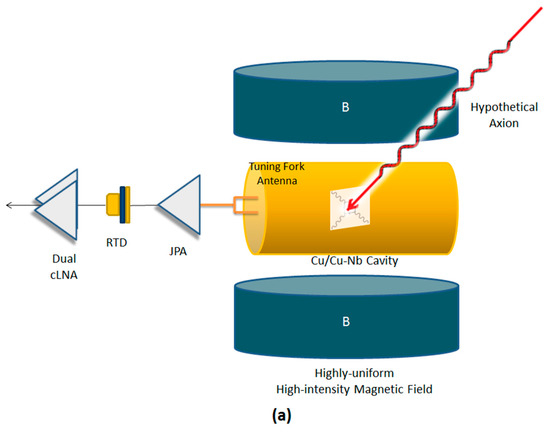 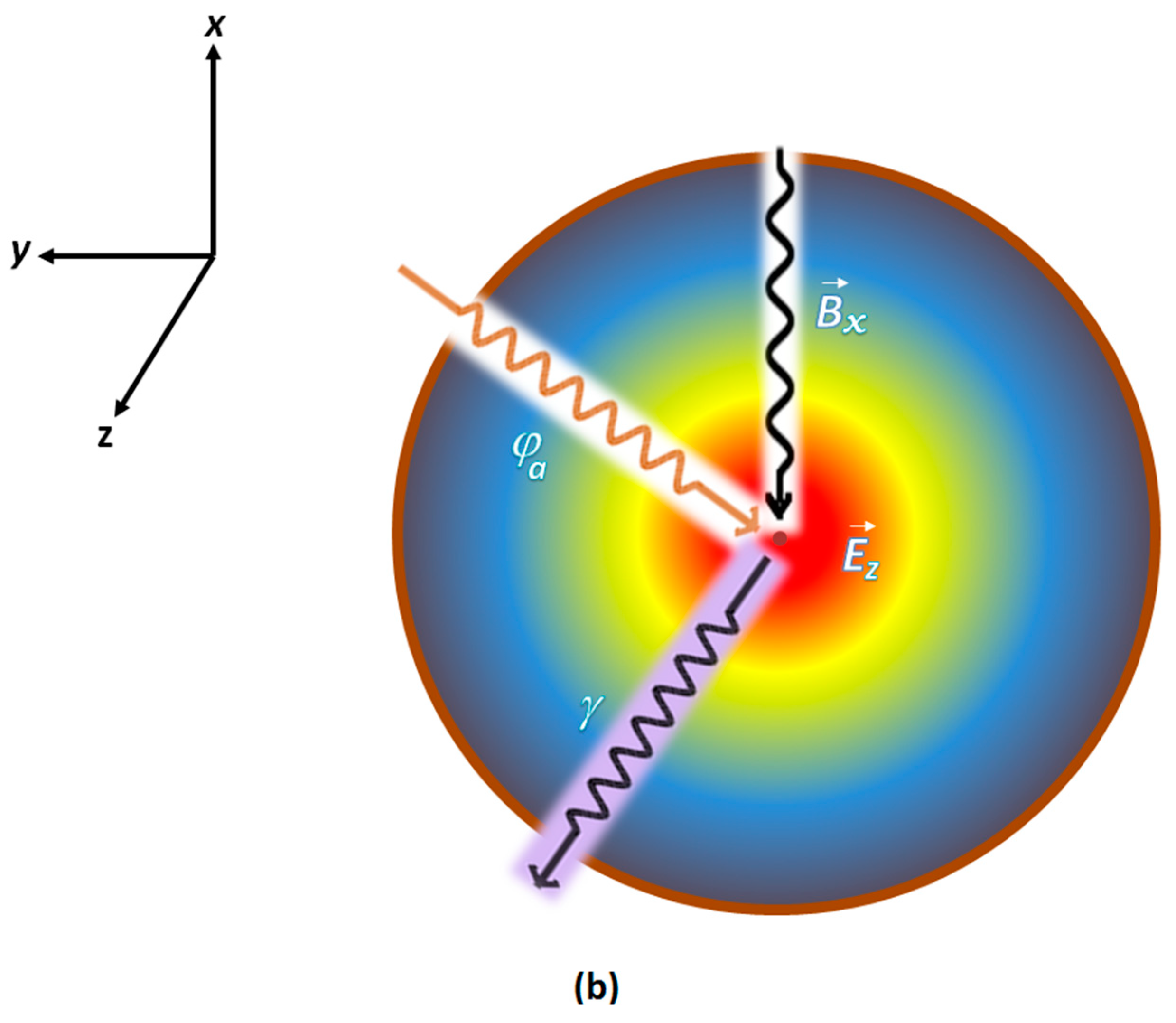 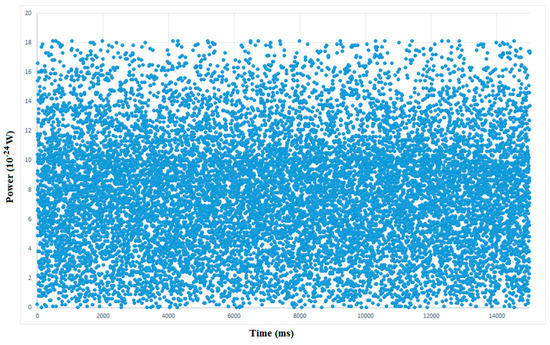 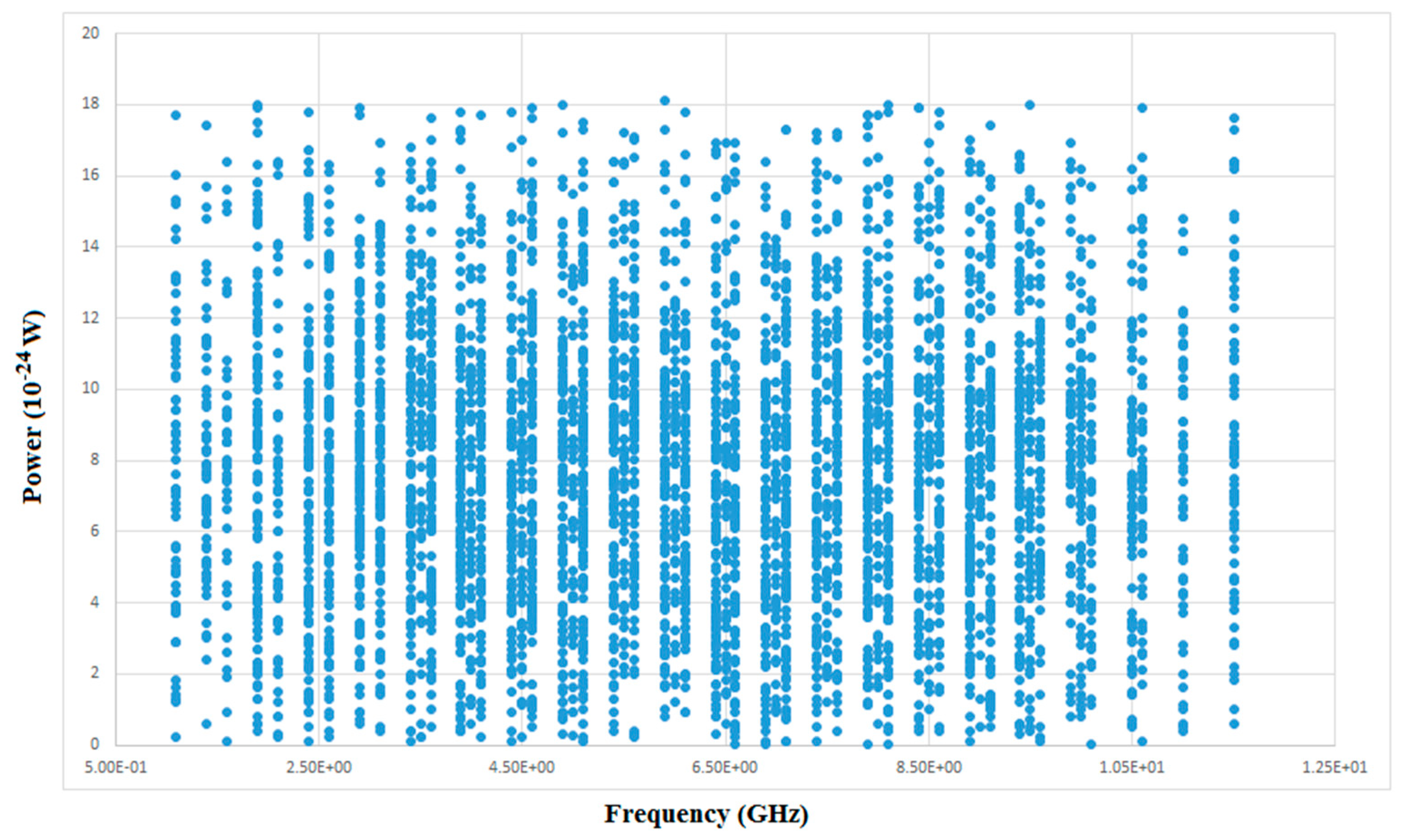 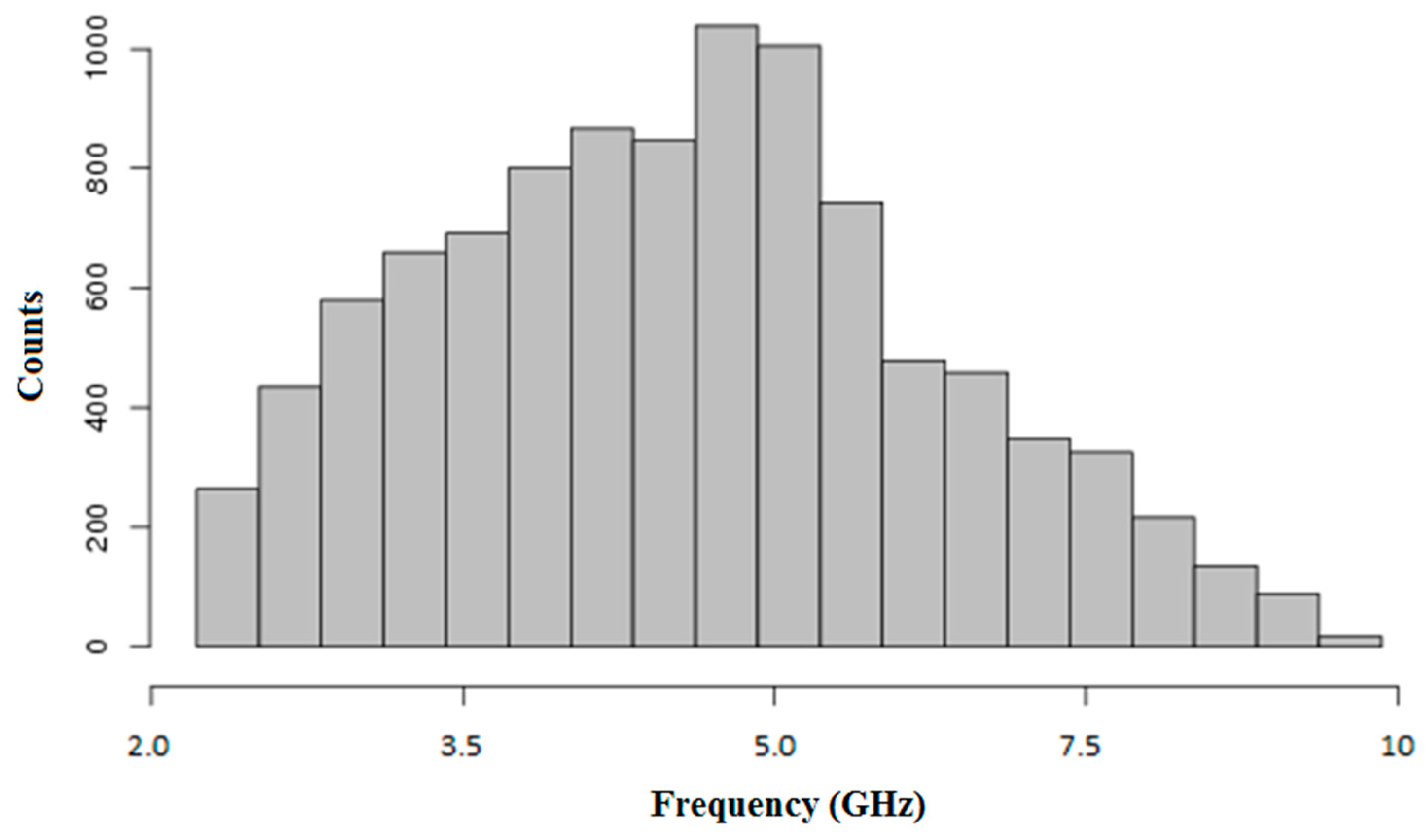 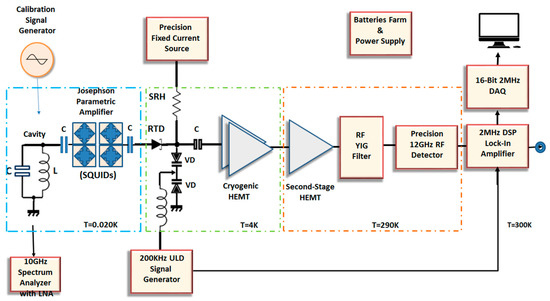 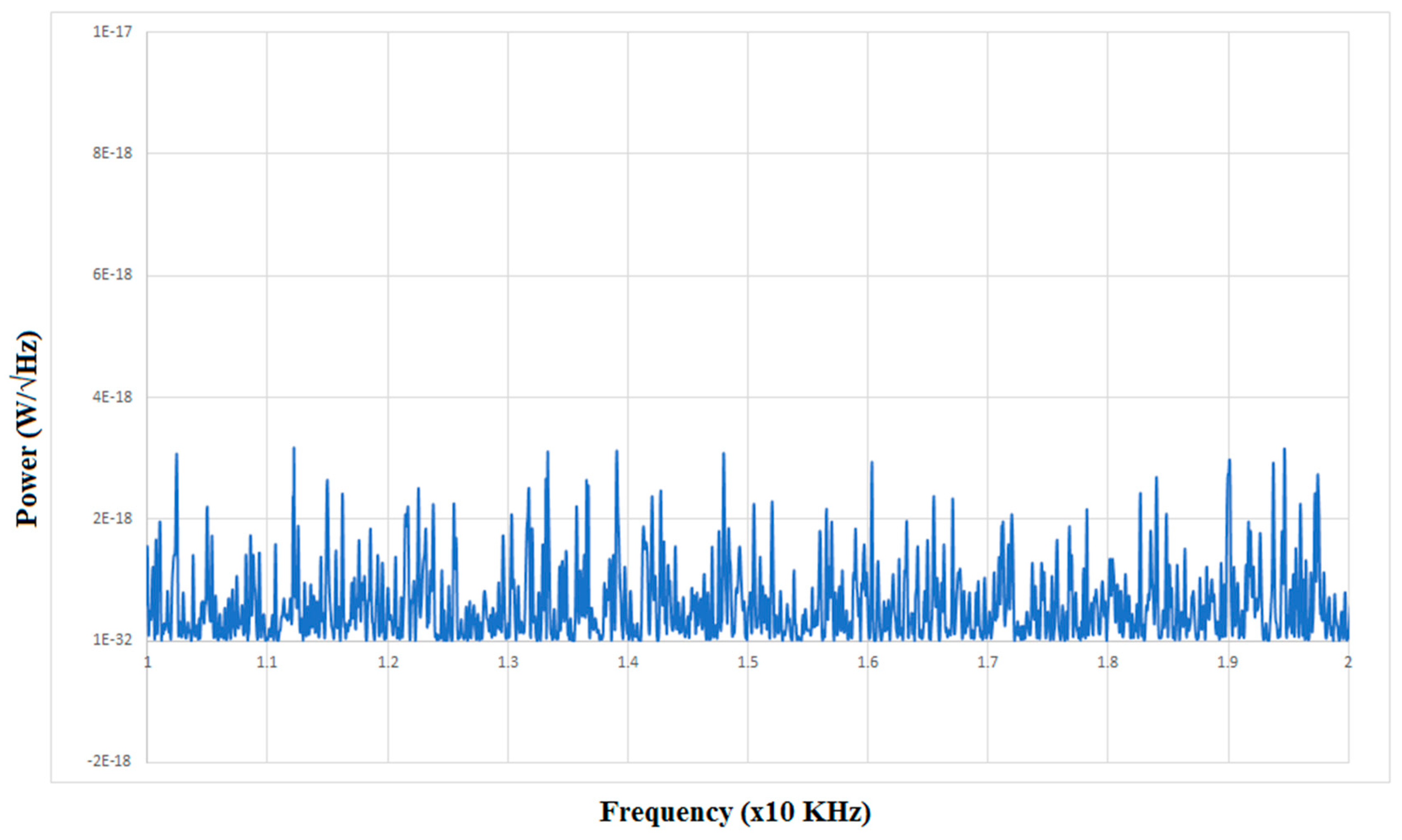 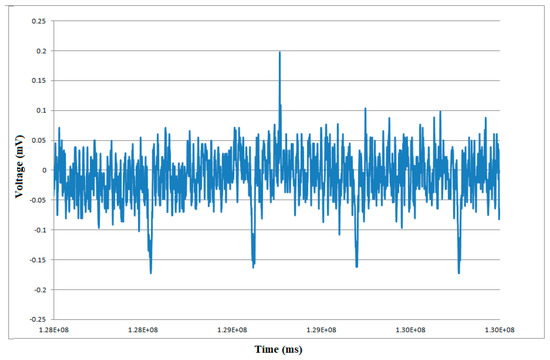 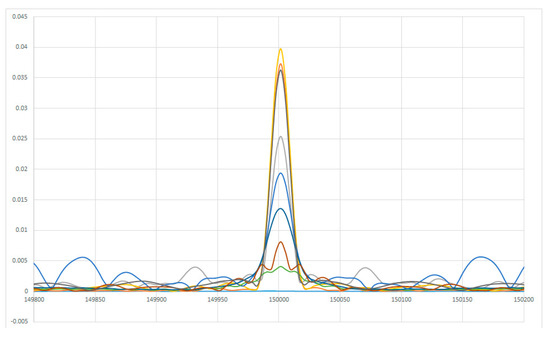 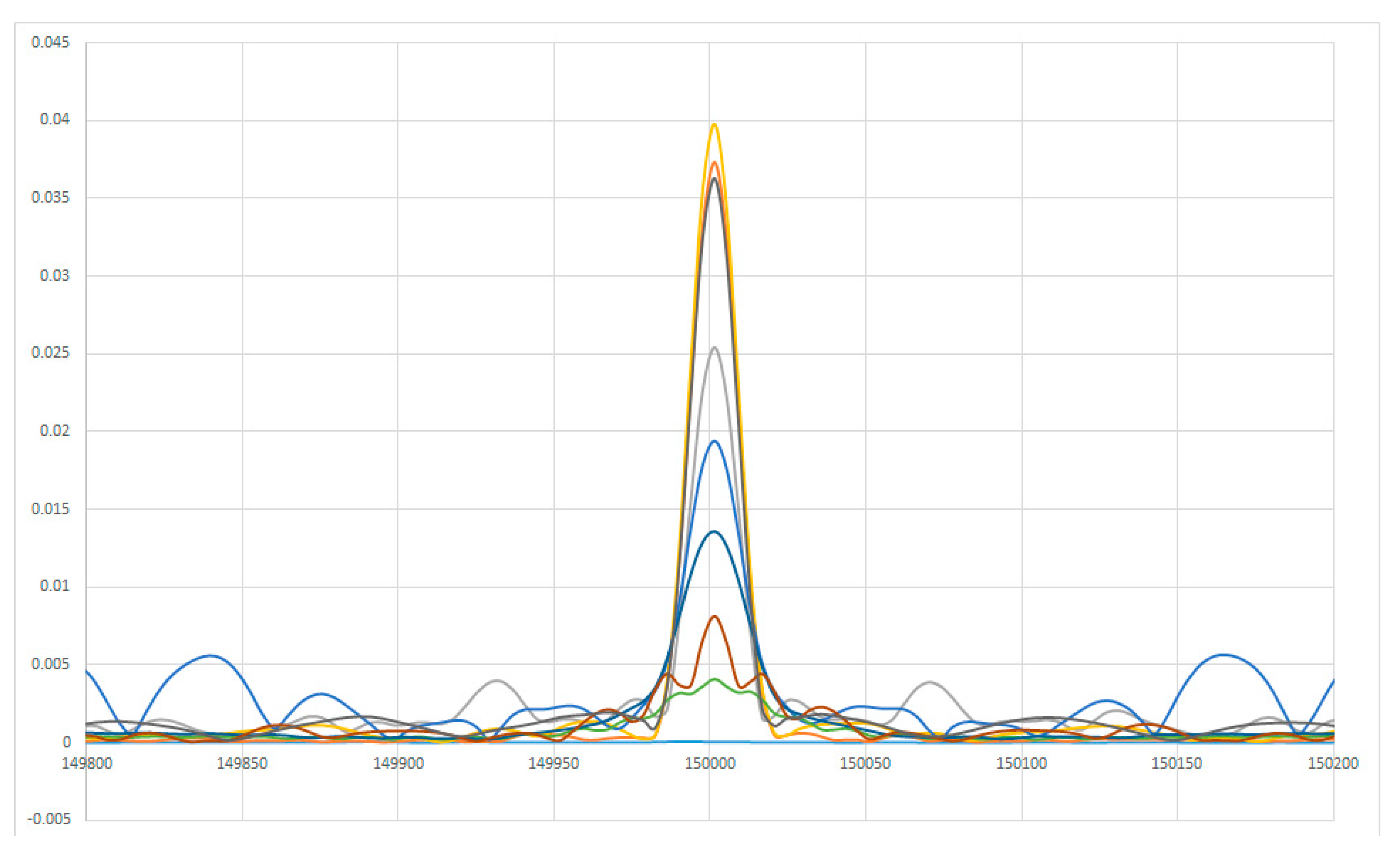