Starobinsky-Like Inflation and Running Vacuum in the Context of Supergravity

We describe the primeval inflationary phase of the early Universe within a quantum field theoretical (QFT) framework that can be viewed as the effective action of vacuum decay in the early times. Interestingly enough, the model accounts for the “graceful exit” of the inflationary phase into the standard radiation regime. The underlying QFT framework considered here is supergravity (SUGRA), more specifically an existing formulation in which the Starobinsky-type inflation (de Sitter background) emerges from the quantum corrections to the effective action after integrating out the gravitino fields in their (dynamically induced) massive phase. We also demonstrate that the structure of the effective action in this model is consistent with the generic idea of re-normalization group (RG) running of the cosmological parameters; specifically, it follows from the corresponding RG equation for the vacuum energy density as a function of the Hubble rate, . Overall, our combined approach amounts to a concrete-model realization of inflation triggered by vacuum decay in a fundamental physics context, which, as it turns out, can also be extended for the remaining epochs of the cosmological evolution until the current dark energy era. View Full-Text
Keywords: cosmology; inflation; vacuum cosmology; inflation; vacuum
►▼ Show Figures 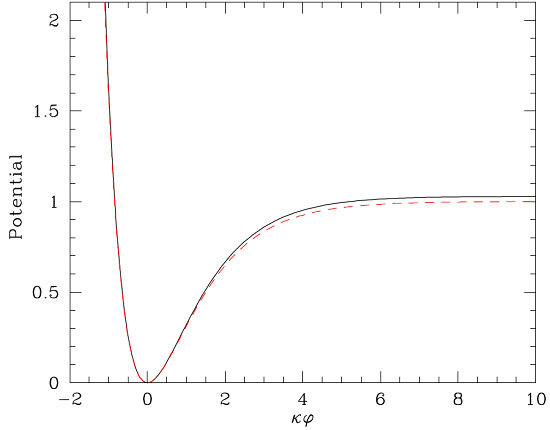