Volatile metabolites from mold contamination have been proposed for the early identification of toxigenic fungi to prevent toxicological risks, but there are no such data available for Fusarium poae. F. poae is one of the species complexes involved in Fusarium head blight, a cereal disease that results in significant yield losses and quality reductions. The identification of volatile organic compounds associated with F. poae metabolism could provide good markers to indicate early fungal contamination. To this aim, we evaluated the volatile profile of healthy and F. poae-infected durum wheat kernels by SPME-GC/MS analysis. The production of volatile metabolites was monitored for seven days, and the time course analysis of key volatiles was determined. A total of 29 volatile markers were selected among the detected compounds, and multivariate analysis was applied to establish the relationship between potential volatile markers and fungal contamination. A range of volatile compounds, including alcohols, ketones, esters, furans and aromatics, were identified, both in contaminated and in healthy kernels. However, the overall volatile profile of infected samples and controls differed, indicating that the whole volatile profile, rather than individual volatile compounds, could be used to identify F. poae contamination of durum wheat grains. View Full-Text
Keywords: Fusarium poae; durum wheat; volatile metabolites; SPME-GC/MS; PCA Fusarium poae; durum wheat; volatile metabolites; SPME-GC/MS; PCA
►▼ Show Figures 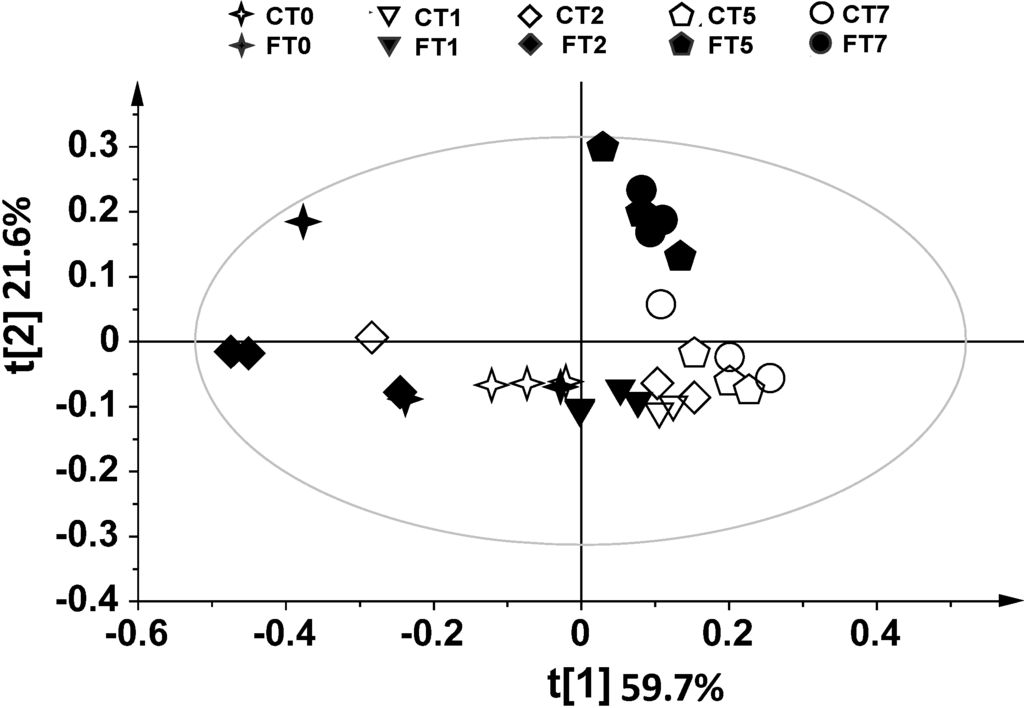