Insulin is the major treatment for type 1 and many type 2 diabetes mellitus. It is usually administered parenterally, but other routes such as the pulmonary and nasal have been investigated, with some levels of positive clinical outcomes [1]. A major issue associated with these two alternative modes of administration is that only a small proportion of insulin can reach the systemic circulation to elicit the desired pharmacological action. Drug retention in the periphery and the development of insulin resistance are also serious challenges in the pulmonary and intranasal administration of insulin [2]. The oral route is another alternative for administering this golden agent for the management of diabetes.
The delivery of insulin through the oral route has several advantages, including the avoidance of pain, discomfort, and risk of infection that characterize continuous injection [3]. Oral delivery also improves the portal level of the drug and curtails peripheral hyperinsulinemia, which is associated with other routes of administration [4]. Even though the orally administered insulin is more susceptible to metabolism by the liver thereby reducing its overall bioavailability, it can minimize the risk of hypoglycemia and the immune response in peripheral tissues, which occurs in the case of parenteral administration. Oral administration also minimizes the incidence of weight gain by reducing insulin exposure in the peripheral system [4].
Two major limiting factors of oral delivery of insulin are: degradation by proteolytic enzymes and poor intestinal absorption [2]. The susceptibility of insulin to proteolytic enzymes is due to the fact that the drug is a polypeptide hormone while the poor absorption is due to its large molecular mass of 5808. Several works have been carried out to address the biopharmaceutical and pharmacokinetic challenges of insulin. The poor stability of the drug in the gastrointestinal tract due to the activities of proteolytic enzymes has been approached by the incorporation of enzyme inhibitors [5] and formulation of the drug in a lipid system [6] while the poor intestinal absorption has been approached by employing nanotechnology to reduce the particle size of the drug formulation [7] and by incorporating permeation enhancers to alter the tight junctions in the intestinal epithelium [8].
Two or more polymers can be combined by blending or chemical reaction to derive a substance that will serve a desired purpose or purposes [9]. Prosochit® (PC) is a novel co-processed excipient of prosopis gum (PRG) and crab shell chitosan (CTS) with inherent controlled release and absorption-enhancing properties [10]. Prosopis is a commercially important plant genus used for many medical purposes [11]. Various parts of the plant have traditionally been used as anticancer, antidiabetic, anti-inflammatory, and antibacterial agents [12,13,14]. Chitosan, on the other hand, has been observed to enhance the stability of nanovehicles [15]. It also improves protein stability and lengthens its duration of action in systemic circulation [16]. Hence, it has been widely investigated in nanoformulations for oral delivery of insulin.
Nanoparticles can be prepared with biodegradable polymers, and as such can be investigated for oral, nasal, rectal, pulmonary, and ocular administration of insulin [17]. Of all these routes of administration, the oral is the most convenient. Moreover, orally administered insulin is the closest to endogenous insulin as it is transferred directly to the liver through the portal vein [18]. Furthermore, the desirable characters of the components of Prosochit® could enhance the performance of oral insulin. The present work, therefore, was aimed to evaluate the antidiabetic effect of orally administered Prosochit®-based nanoparticles of insulin using an animal model.

Approval for the experimentation was obtained from the Animal Ethics Committee, University of Uyo, Uyo, Nigeria (protocol number UU/Pharm/2019/14). In total, 60 Wistar rats, each weighing 140–200 g, were obtained and housed in a cross-ventilated room (temperature of 25 ± 2.5 °C) for 7 days for acclimatization before the experiment. The Wistar rats were maintained and handled according to the internationally accepted laboratory animal use and the guidelines and rules for animal experimentation.

A small sample of nanoparticles was mounted on the carbon tape and placed in the sample holder, which was subsequently loaded into a PhenomProx electron microscope (Phenom World, Eindhoven, The Netherlands). Light was made to fall on the sample producing an image as the sample was being scanned in the microscope. The image was taken at the best resolution.

2.5. Examination of the Particle Size Distribution of Loaded and Unloaded Nanoparticles

The rats were fasted for 12 h, after which diabetes was induced by single intraperitoneal injection of alloxan monohydrate dissolved in normal saline and given at a dose of 150 mg/kg body weight of the rat. Using a Fine test glucometer (Osang Healthcare, Dongan, Korea), fasting blood sugar was taken after 72 h to confirm the induction of diabetes.

2.8. Evaluation of the Antidiabetic Effect of the Formulations

Data were analyzed using one-way analysis of variance followed by Tukey–Kramer multiple comparison test using the GraphPad InStat package. Significance of difference was set at p < 0.05, where K is greater than 4.726.

3.4. Antidiabetic Activity over a 24-h Period

Prosochit® alone is characterized by a level of antidiabetic activity, which is attributable to prosopis gum. Antidiabetic activities of the Prosochit® 201-based and the Prosochit® 102-based nanoparticles of insulin are similar to those of the prosopis gum-based and the chitosan-based formulations. Prosochit® 101-based nanoparticulate formulation of insulin is capable of reducing the blood glucose level to 32.20 ± 3.79% of the initial value after a 14-day administration to diabetic rats; this effect is comparable to that of the subcutaneous insulin administration.

Prosochit®, NG Patent 2016/00355, which was used to generate the insulin nanoparticles, is an innovation of one of the authors.

This research was funded by the Nigerian Tertiary Education Trust Fund through the 2019 National Research Fund, grant number TETFund/DR&D/CE/NRF/STI/37/VOL1.

The animal study protocol was approved by the Ethics Committee of University of Uyo, Uyo, Nigeria (protocol code UU/Pharm/2019/14 and dated 20 November 2019).

The data presented in this study are available on request from the corresponding author. The data are not publicly available to ensure privacy. 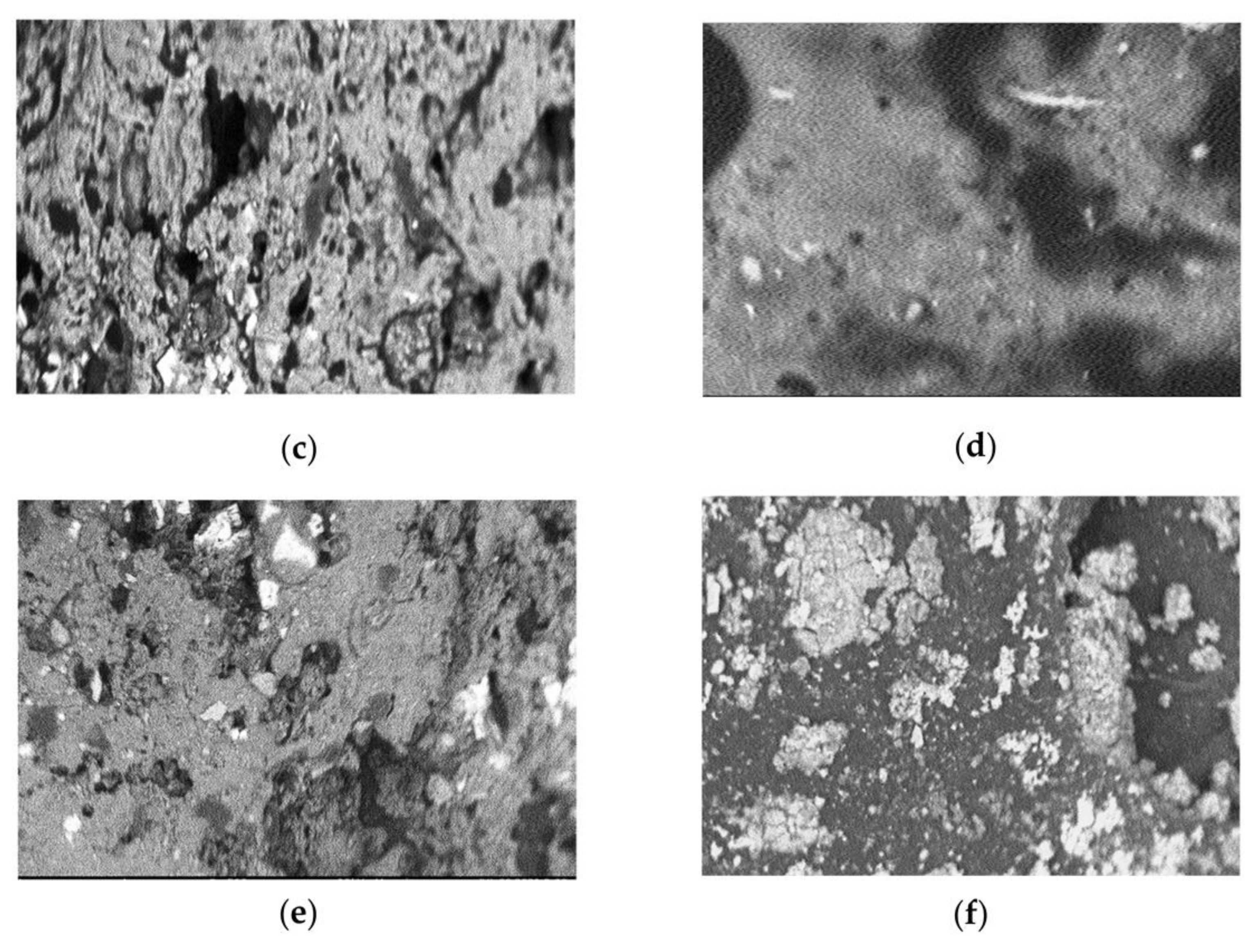 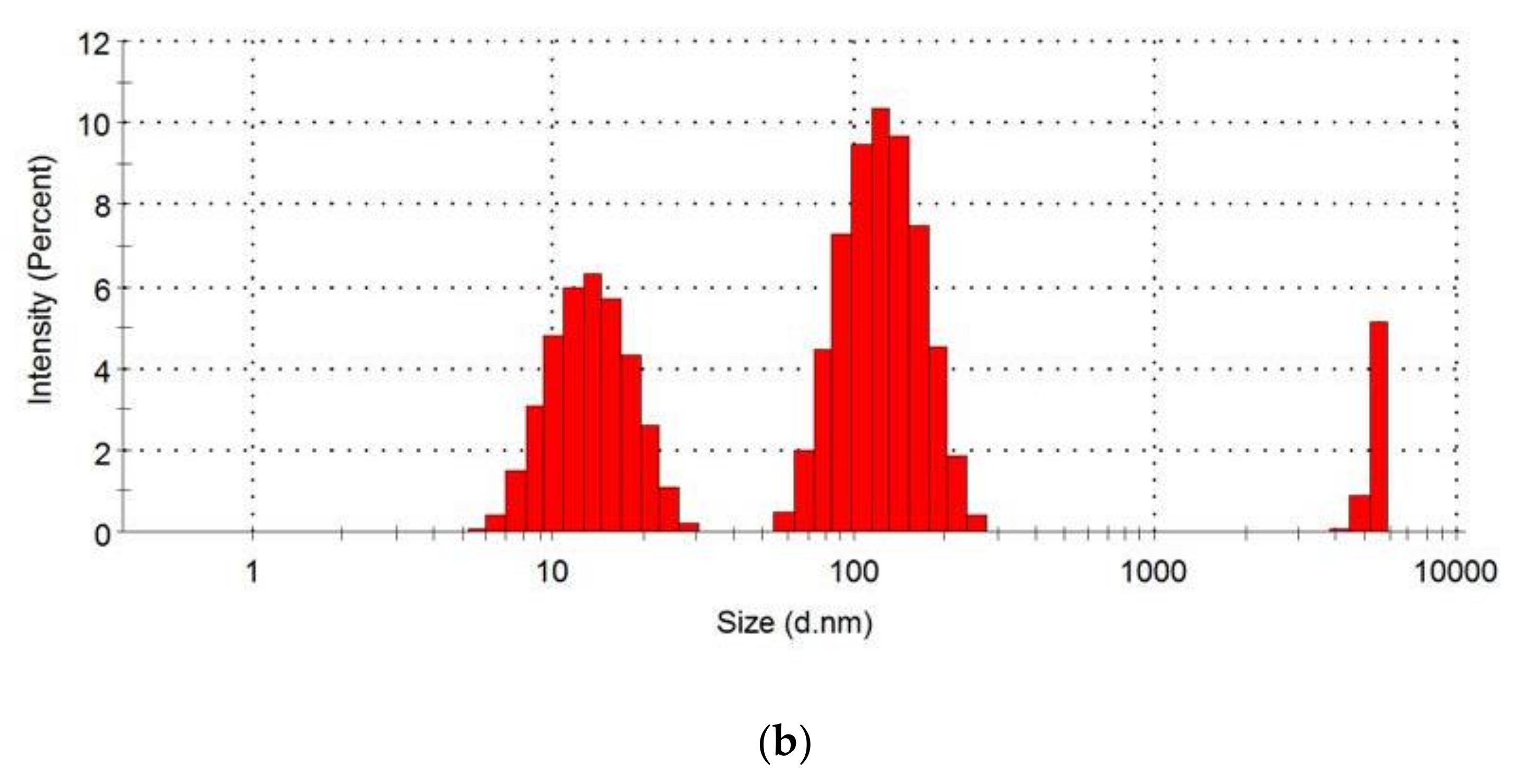 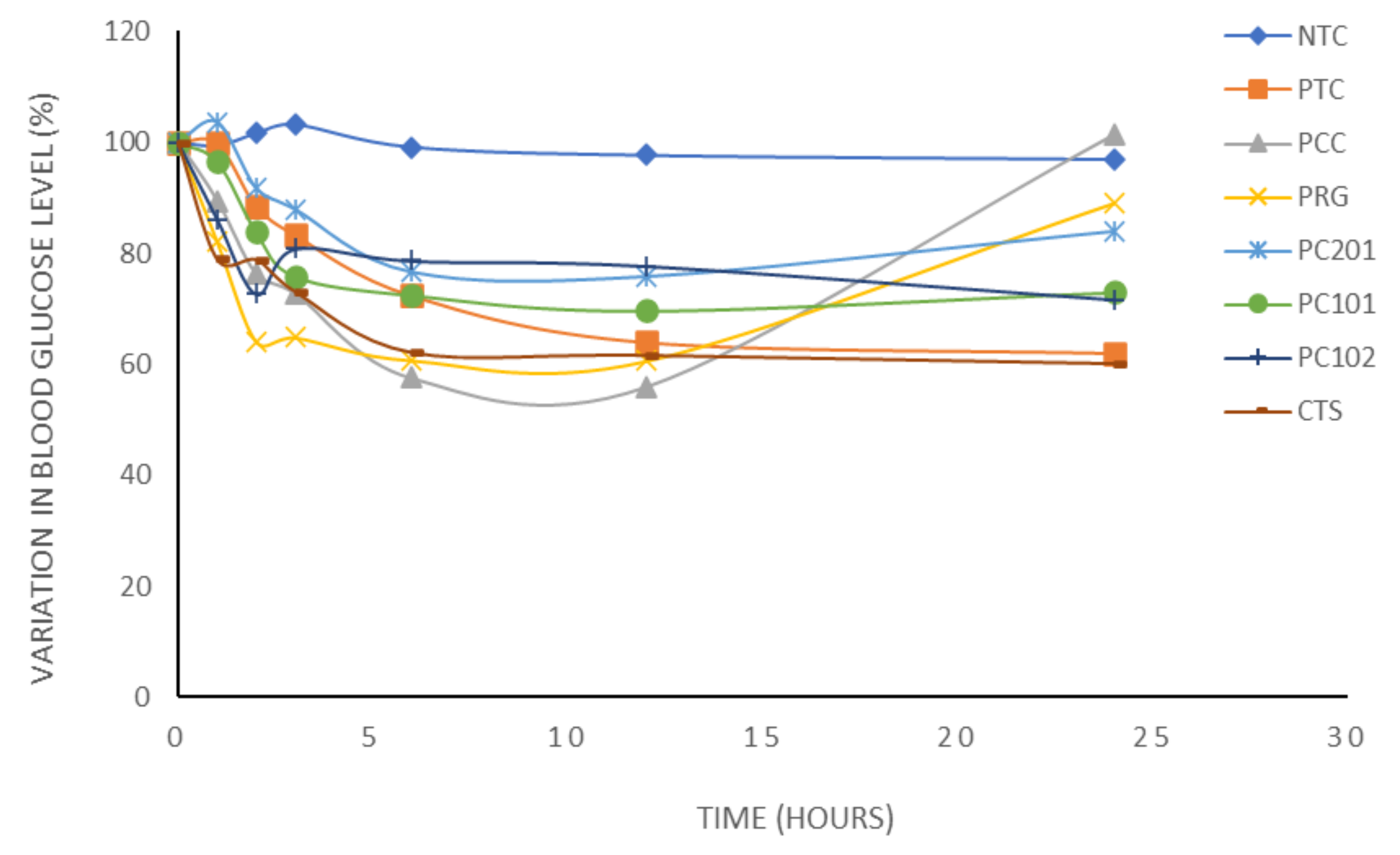