The prevalence of obesity is increasing worldwide and is commonly associated with comorbidities. The use of several drugs is often necessary, which leads to Potential Drug Interactions (PDI) that may increase the morbidity and mortality. This study aimed to analyze the prevalence of drug interaction and its association with socio-demographics, health status, and drug use in severely obese individuals. Baseline data from a randomized clinical trial registered at Clinicaltrial.gov (NCT02463435) were used. A total of 150 individuals aged 18–65 years with a body mass index of 35 kg/m2 were included. The outcome variable was the presence of PDI, and the explanatory variables were divided into the following four levels: socio-demographic, lifestyle, health, and medication use. The prevalence of PDI was 50% (n = 75) (95% CI 41–58). The variables associated with drug–drug interactions in the multiple analyses were arterial hypertension (PR 1.83, 95%, CI 1.10–3.04), polypharmacy (PR 3.12, 95%, CI 2.17–4.50), and diabetes mellitus (PR 0.60, 95%, CI 0.45–0.81). The risk factors for the occurrence of drug interaction were the presence of diabetes mellitus, hypertension, and polypharmacy.
Keywords: severe obesity; drug interaction; drug utilization reviews; randomized controlled trial; pharmacoepidemiology severe obesity; drug interaction; drug utilization reviews; randomized controlled trial; pharmacoepidemiology

The prevalence of obesity has increased over the years, in particular of severe obesity. The category of obesity with body mass index (BMI) ≥ 35 kg/m2 [1] presented the highest increase among other categories such as overweightness and obesity [2] and was recorded in 12% of the world population in 2015 [3]. Obesity culminates with the emergence of other comorbidities [4], such as the already well-established triad of arterial hypertension (AH) [5], diabetes mellitus (DM) [6], and hypercholesterolemia [7]. In addition, these patients may still have problems related to the renal system [8], hepatic system [9], skeletal muscle [10], and respiratory system, among others [11]. In general, this leads to a decline in an individual’s health, as well as an increase in expenses and consequent overloading of health systems [12,13].
Drugs are the main therapeutic tools used for the control and treatment of these morbidities [14,15]. However, if misused, these drugs can adversely affect the patients [16] and they have been involved in many death-related incidents arising from monitoring failures, omissions to provide necessary treatments, and potential drug interactions (PDI), among others [16,17]. PDI are responsible for therapeutic failures and constitute a safety problem as they are responsible for most of the incidents related to drug use [18]. For this reason, the World Health Organization urged its signatories to join efforts to reduce deaths associated with drug misuse by 2022 [19].
Considering the importance of PDI in drug-related morbidity and mortality [20], the prevalence and risk factors for its occurrence in groups of patients with acquired immunodeficiency syndrome [21], elderly [22], and oncology [23] is well-established. However, in the obese population, especially among the severely obese, such parameters are not yet known. Pharmacoepidemiological studies involving this group of patients are more related to elucidating pharmacological aspects of obesity treatment as well as new molecules and therapeutic targets [24,25]. A study designed to estimate the prevalence of obesity and associated morbidities described the use of anti-hypertensives and lipid lowering drugs, but did not consider other concomitant medications [26].
Given the knowledge gap, identification and consideration of the importance of obesity as a public health problem as well as the prioritization of medication safety in world agenda is important. This study aimed to analyze the prevalence of PDI and associated factors in severely obese patients.

This study is a cross-sectional analysis of baseline data from the DieTBra Trial (Effect of Nutritional intervention and Olive Oil in Severe Obesity: Randomized Controlled Trial) with the following primary objective: to evaluate the effects of a nutritional treatment on inflammation, weight loss, and biochemical markers in severely obese individuals with a record in ClinicalTrials.gov, NCT02463435. In the trial protocol, all drug use variables and analyses were pre-specified in the baseline data. Patients were referred from the Brazilian Unified Health System (UHS) of primary healthcare to the nutrition and severe obesity outpatient clinic in a large university hospital in the Central-West region of Brazil. Excluded from the study were individuals that had already undergone bariatric surgery, were under actual nutritional treatment for weight loss or who in the previous two years used antiobesity drugs, had HIV/AIDS, had a heart/kidney/hepatic insufficiency, had a chronic obstructive pulmonary disease, cancer, or were pregnant. Further methodological details can be found in the DieTBra Trial articles with baseline data published elsewhere [27,28]. Data were collected from June 2015 to February 2016. All the participants gave their written consent to participate in this study, thereby conforming to the Helsinki declaration. This study was approved by Hospital of Clinics of Goiás Federal University research ethics committee with the registration number 1.545.504 in 08/14/2014.

The subjects in the study included individuals aged 18 to 65 years with BMI ≥ 35 kg/m2 referenced from primary care to the outpatient clinic specializing in the care of severely obese patients. Individuals residing outside the metropolitan area; who had already undergone bariatric surgery in the last three months which reduced more than 8% of their weight; who had received treatment in the same outpatient clinic; and those currently being treated for obesity, pregnant women, infants and those with special needs were excluded. Figure 1 shows the flow diagram of the enrolment of study patients.

The outcome variable was the presence of PDI. Firstly, the Micromedex® database was searched for all the drugs used by the patients to identify PDI. Then, a reclassification of PDI was made as present, when at least one PDI was identified, and absent, when no PDI was identified. The PDIs were classified into four categories according to the severity: namely, contraindicated, major, moderate, and minor according to the Micromedex® categories [29]. The contraindicated category included conditions where drugs are contraindicated for concomitant use. The major category included conditions where the interaction may be life-threatening and/or require medical intervention to decrease or avoid serious adverse effects. The moderate category was defined as the condition in which the interaction may result in an exacerbation of the patient’s health problem and/or require a change in treatment. The minor category included cases wherein the interaction would result in limited clinical effects, and where the manifestations may include an increased severity of side effects but do not demand a major change in treatment [29].
The explanatory variables were divided into four levels: socio-demographic, lifestyle, health, and drug use.
Socio-demographic: sex, age, years of study, skin color, living with partner, and economic class according to Brazil’s standard economic classification criteria [30].
Lifestyle: the consumption of alcoholic beverages was estimated by questioning the patient about the amount of alcohol consumed the previous week [31]. Smoking was categorized under “non-smoker”, “ex-smoker,” and “smoker” [32].
Health: body mass index (BMI) was calculated by dividing the body weight into kg and height in meters squared. Patients with BMI ≥ 35 kg/m2 and BMI ≥ 40 kg/m2 were classified as having grade II obesity and grade III obesity, respectively [33]. AH was classified by blood pressure levels higher than 140/90 mm/Hg [34] and the use of antihypertensive drugs. DM was classified by fasting plasma glucose values ≥ 126 mg/dL [35] and the use of anti-diabetic drugs. Hypercholesterolemia was classified by the presence of one or more of the following conditions: isolated hypercholesterolemia, isolated hypertriglyceridemia, mixed hyperlipidaemia or low-density lipoprotein [36], and the use of anti-lipemic drugs. The number of self-reported morbidities [33] consisted of the number of diseases reported by the patient at the interview time.
Drug use: the use of drugs that cause weight gain [24,37,38,39] and polypharmacy, which is the practice of using five or more drugs [40], were categorized as “yes” and “no”. The practice of self-medication [41] was assessed using the question: “Do you have a prescription?” for each drug used by the patient and the answer was classified as “yes” or “no” according to the patient’s habit of using non-prescription drugs. The drugs used by the patient were classified according to the Anatomical Therapeutic and Chemical Classification (ATC) [42]. Associations of drugs not found on the ATC classification and phytotherapeutic drugs were categorized as non-classifiable (NC).

The association of variables was tested using the Pearson’s Chi-square test, Fisher’s exact test, or square Chi test for a linear trend, with a significance level of 5%. Variables with a p-value of 0.20 in the bivariate analysis were included in a Poisson regression model. The measure of association between the variables was the prevalence ratio (PR), with a confidence interval (CI) of 95%. STATA software, version 14 was used for the analyses. Data were processed with double input and any inconsistencies were corrected promptly.

The presence of PDI in the present study was observed in 50% of patients and associated with DM, AH, and polypharmacy. Some drugs belonging to the first level of ATC classification have been shown to be associated with the onset of DIP: namely, alimentary tract and metabolism, blood and blood forming organs, cardiovascular system, systemic hormonal preparations, excluding sex hormones and insulins and the musculoskeletal system. Considering the PDI as a potential source of damage, especially in individuals with multimorbidities, such as the severely obese, a detailed review of the medications in use can prevent the manifestation of undesirable outcomes for the patient.

We would like to thank all study participants and undergraduate volunteers who participated in our study and all at the Clinical Research Unit/UFG. We would also like to thank the Nutrition in Severe Obesity Outpatient Clinic (ANOG), the Clinical Hospital/UFG, and the Goiânia Municipal Health Secretariat. We thank all DieTBra Trial researchers for their effort to produce this high-quality research. 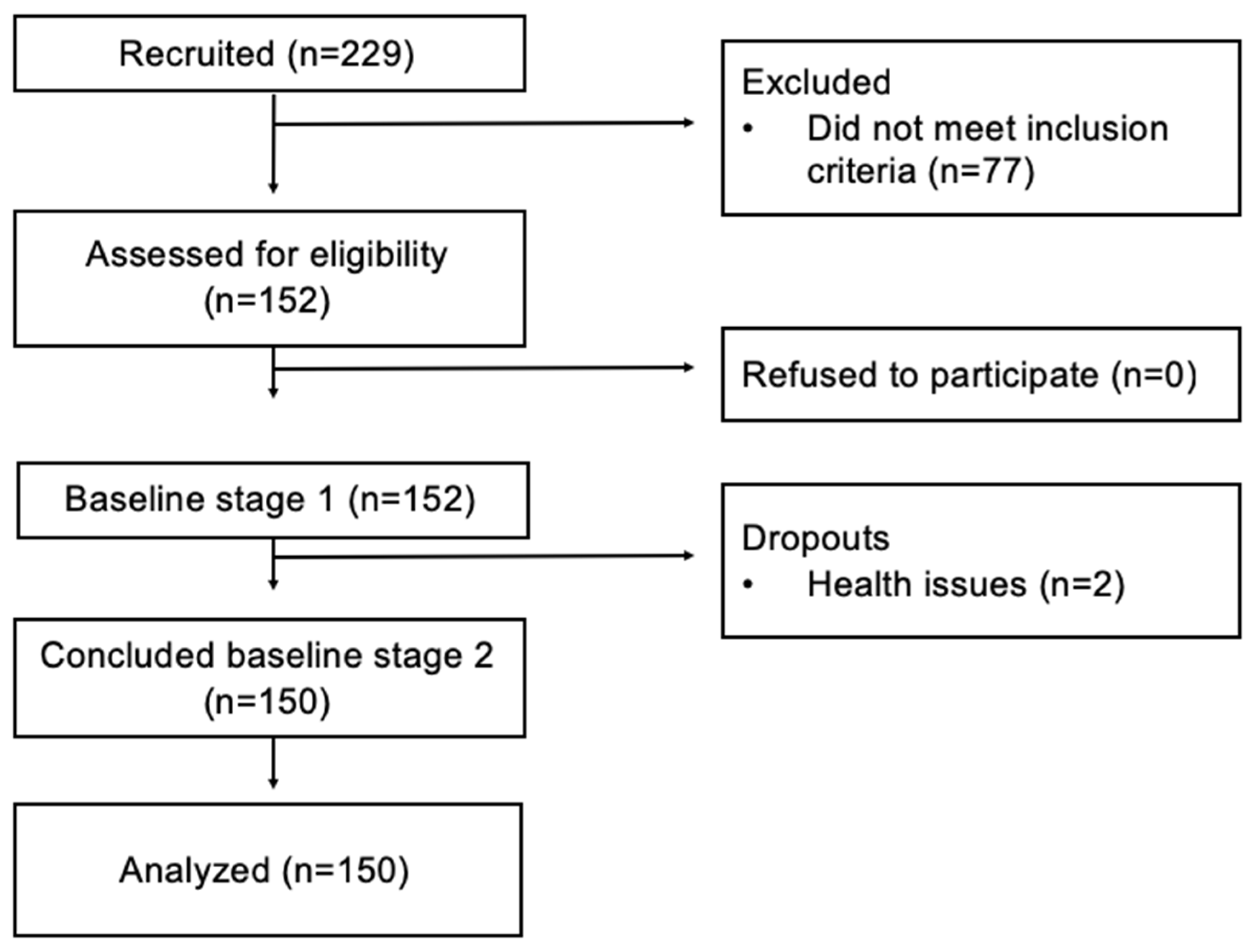