Generally, pancreatic polypeptide-secreting tumor of the distal pancreas (PPoma) is classified as a rare tumor, and may occur sporadically or be associated in families or with multiple endocrine neoplasia type 1 (NEM 1). It grows slowly, reaching large dimensions at the time of diagnosis and the symptomatology is fundamentally due to the mass effect, causing either non-specific abdominal pain or symptoms suggestive of obstruction of the pancreatic or biliary duct. Therefore, when detected, they are usually malignant, with metastases mainly in the liver. The combination of serum analysis of increased levels of chromogranin A and pancreatic polypeptide and pancreastatin is very useful with a sensitivity of up to 95%. However, in addition, scintigraphicexams with somatostatin analogues should be performed to better clarify the diagnosis. Surgical resection is the treatment of choice, despite surgical difficulty and because they are generally palliative due to the metastases. Surgeries for tumor volume reduction are also performed to relieve symptoms. Chemotherapy commonly uses streptozotocin and somatostatin analogues to treat residual disease. Unfortunately, the survival rates are still very low, less than 10%, and if metastases already exist, this percentage drops to 3%. View Full-Text
Keywords: cancer; oncology; imaging; radiopharmacy; nuclear medicine cancer; oncology; imaging; radiopharmacy; nuclear medicine
►▼ Show Figures 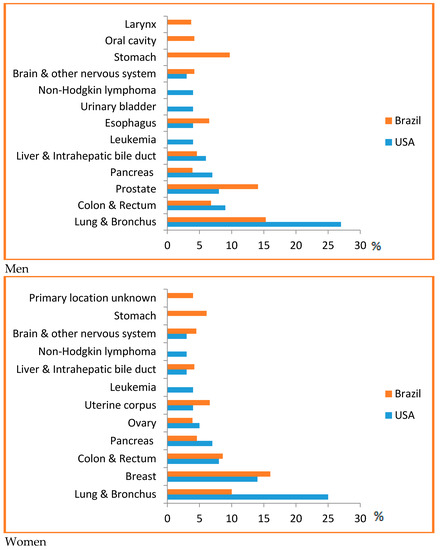