Biological and physicochemical soil factors involved in the incidence of the basal stem rot (BSR) disease in an oil palm (Elaeis guineensis) plantation in Malaysia were characterized. Blenheim soil with a low BSR disease incidence and Bernam soil with high BSR disease incidence were analyzed and observed to have differences in composition and diversity of soil prokaryotic and eukaryotic communities. Blenheim soil with a high pH and calcium was shown to have higher prokaryotic and eukaryotic diversity compared to Bernam soil. High abundances of rare metabolically diverse and versatile bacterial taxa, bacterial taxa that increased with the introduction of biocontrol agents, potential disease-suppressive bacteria, and bacterivorous flagellates were observed in Blenheim soil. In contrast, Bernam soil was predominantly characterized by potential disease-inducible bacterial taxa. A combination of both abiotic and biotic elements might be essential in driving disease-suppressive soil microbiome toward Ganoderma BSR in Blenheim soil.

An oil palm estate in Perak, Malaysia (Figure 1A), which was planted in 1998 with Tenera (Dura × Pisifera) oil palms in an equilateral triangle planting system (planting distance of 8.80 × 8.80 × 8.80 m), was selected for this study. The estate experiences a tropical climate with annual precipitation ranging from 1700 to 2300 mm (Supplementary Materials Table S1). Two palm plots, approximately 1 km apart, were located on Blenheim (coordinates: 3°55′44.6″ N, 100°48′36.2″ E) (Plot A) and Bernam (coordinates: 3°55′33.4″ N, 100°48′51.7″ E) (Plot B) coastal soils, respectively (Figure 1B). These soils are classified as Typic Quartzipsamment and Typic Endoaquept, respectively, according to the classification systems by USDA [35,36]. These soil types were selected for the study due to their different susceptibility towards BSR disease despite their relatively close proximity, and were subjected to typical cultural management practices and fertilizer regimes (Supplementary Materials Table S2).
Soil sampling was conducted in May and December 2018 for soil physicochemical and microbiome analyses (Supplementary Materials Figure S1A,B). Sampling points were based on grid-line sections (intervals of 53 × 53 m), and a total of 9 sampling points of the respective soil types (within an area of 1.06 ha) were selected (Figure 1B,C). Soil samples from all the 9 palm points (9 replicates) (Figure 1B,C—green- and blue-colored solid circles) were collected from palm circle (PC) and inter-palm (IP) regions at depths of 0–15 (topsoil) and 15–30 (subsoil) cm (Figure 1D) using Dutch Auger, and sent to the Advanced Agriecological Research (AAR) Chemistry Laboratory for physicochemical analyses.
For soil microbiome analysis, only five out of nine palms were selected (Figure 1B,C—green-colored solid circles). At the respective sampling point, soil trenches were dug next to the auger point to collect soil samples from four separate microsites (Figure 1D). In May 2018, soil from ten selected palm points (five for Blenheim and five for Bernam) were analyzed. Four separate microsites were sampled across each of these palm points and pooled together for analysis (Figure S1A) (2 soil types × 1 composite of microsites × 5 sampling points = 10 soil samples). In December 2018, a modified sampling strategy was adopted in which forty soil samples (twenty from each soil type) were collected from four separate microsites (Supplementary Materials Figure S1B) of the respective sampling points (Figure 1B,C—green-colored solid circles) (2 soil types × 4 microsites × 5 sampling points = 40 soil samples). Microsites were sequenced separately only for December 2018 samples (Supplementary Materials Figure S1B) to determine whether there were any differences in the prokaryotic and eukaryotic communities between the different microsites for each soil type. Soils were transported back to the laboratory on ice. Soil samples were broken into small pieces and homogenized manually using a sterilized spatula [37]. Plant debris, intact shell debris, and roots were removed using sterilized forceps before sieving through a 2-mm sieve. The soils were then kept at −80 °C until DNA extraction.

BSR disease incidence and severity were recorded every six months. Key indicators of BSR incidence were based on visual symptoms that were subsequently used to determine the disease index. Disease classes adopted for calculating disease severity index were described previously by Chen et al. [38], with slight modifications as follows: (a) Healthy (class 0); (b) Ganoderma fruiting body or basidiocarp (class 1); (c) rotten bole (class 2); (d) combination of Ganoderma fruiting body or basidiocarp and rotten bole (class 3); and (e) vacant point with sanitation (class 4). Disease incidence (DI) was determined using the formula outlined below [39], where n is the number of palms identified as diseased; and N is the total number of censused palms. DI refers to the percent of palms within the plots that demonstrated visual infection symptoms (disease classes 1 to 4).
Disease severity index (DSI) was calculated based on the formula illustrated below [40], where N is the total number of censused palms, and ni refers to the number of palms categorized into category i (based on disease class 0 to 4). DSI indicates the level of disease severity for the infected palms within the plots.

Trimmomatic was used to trim poor quality bases within 20 base pairs from 3′ end [58]. Primers targeting V3–V4 and V9 regions of 16S and 18S rRNA, respectively, were excised from the trimmed pair-end sequences using Cutadapt [59]. Trimmed forward and reverse sequences of 16S and 18S rRNA were merged using Usearch10 [60]. Microbiome bioinformatics for the merged 16S and 18S rRNA sequences were then analyzed using QIIME 2 2019.4 [61]. Merged reads were denoised using DADA2 (with q2-dada2) [62]. All the observed features generated were aligned using mafft (with q2-alignment) [63], and fasttree2 (with q2-phylogeny) [64] was employed to construct a phylogenetic tree. Taxonomic assignment was performed with a q2-feature-classifier [65], which is a sklearn naïve Bayes taxonomy classifier trained [66] against the SILVA database (version 132—99% OTUs reference sequences). Observed features with no assignment were then re-classified against the SILVA SSU Ref database (version 132) using SINA 1.3.1 [67,68]. ASVs assigned to or identified as chloroplasts or mitochondria were removed from the representative sequences and feature table prior to subsequent analyses. Alpha-diversity (namely observed features and faith phylogenetic diversity (Faith PD) [69], as well as beta-diversity, in particular, weighted UniFrac [70,71]) metrics were determined using q2-diversity after normalization of all the samples to an equal sequencing depth (13,600 and 11,000 reads/sample for 16S and 18S rRNA, respectively). Observed features, Faith PD, and composition of the top 10 most abundant phyla and genera of the soil microbiomes were illustrated using the R ggplot2 package [72]. Raw sequences of 16S and 18S rRNA were submitted to the Sequence Read Archive (SRA) by the National Centre for Biotechnology Information (NCBI) with the BioProject accession number: PRJNA649668.

BSR disease incidence (DI) and disease severity index (DSI) in palms planted on Bernam soil was higher than Blenheim soil (Table 1). Both the DI and DSI recorded in the Bernam plot had increased significantly over the period of 18 months from May 2018 to December 2019. Palms assessed with the disease classes of 3 and 4 also increased in the Bernam plot. In addition, Bernam soil was also assessed with a significantly higher number of infected palms over healthy palms than Blenheim soil at all four census time points (two-by-two contingency table chi-square test p < 0.0001) (Table 2).

Blenheim and Bernam soil samples of May and December 2018 have distinct physicochemical properties (Table 3 and Supplementary Materials Table S3). Principal component analysis (PCA) plots illustrated six soil physicochemical parameters, namely pH, N, Ca, Cu, TP, and coarse sand (CSand) (along the negative of x-axis), which distinguished Blenheim soil from Bernam soil, and the first component explained 67.4 to 74.5% of the variance, whereas component 2 explained 5.4 to 8.4% of the variance (Figure 2A,B).

3.3. Prokaryotic and Eukaryotic Richness and Diversity in Blenheim and Bernam Soils

The composition and diversity of soil prokaryotic and eukaryotic communities were distinctly different between Blenheim soil and Bernam soil. Blenheim soil was observed to comprise higher prokaryotic and eukaryotic diversities compared to Bernam soil. Blenheim soil, with high soil pH and Ca, was also found to have higher abundance of rare metabolically diverse and versatile Candidate phyla radiation (CPR) bacteria (e.g., Rokubacteria and Zixibacteria), potential disease-suppressive bacterial taxa (e.g., Rubrobacter), bacterial taxa that increased with the introduction of biocontrol agents (e.g., AKYG587), and bacterivorous flagellates for the selection of highly toxic biocontrol bacteria (e.g., Cercomonas). On the contrary, Bernam soil harbored potential disease-inducible bacteria, particularly Chloroflexi and Acidothermus (Actinobacteria), which are associated with disease-conducive soil. The existence of Calditrichaeota, GAL15, Omnitrophicaeota, JdFR-76 (Calditrichaeota), and Calcarisporiella (Ascomycota) could potentially be due to the nature and properties of Blenheim soil. Detection of high-relative abundance of less explored and uncultured CPR in Blenheim soil warrants further research into their relationships with the soil physicochemical properties and low Ganoderma incidence. Soil pH, Ca, and other soil physicochemical parameters could shape or drive the differences in both prokaryotic and eukaryotic communities between two soils. High abundance of mammalian communities could be due to high density and coverage of understory vegetation (e.g., ferns), and presence of natural shelters in Bernam soil. In addition, low soil pH could potentially be promoting growth and activity of pathogenic G. boninense in the Bernam soil type. A combination of abiotic and biotic elements might be pivotal in driving disease-suppressive soil microbiome toward Ganoderma BSR in Blenheim soil.

The authors would like to thank AAR and AAR Principals, Boustead Plantations Berhad and Kuala Lumpur Kepong Berhad for funding this research, and their permission to publish the data in this paper. The funders played no role in the conceptualization, design, decision to publish, or preparation of the manuscript. M.Z.H.M.Z. was supported by Monash Malaysia R&D Sdn Bhd. Y.K.G. (Yit Kheng Goh) would like to thank Monash University Malaysia for the scholarship provided to support this study. Y.K.G. (Yit Kheng Goh) is in debt to Goh Kah Joo (ex-AAR Director of Research) and Tey Seng Heng (current AAR Director of Research) for the opportunity given to pursue his study and support of the project. We are grateful to the Monash University Malaysia Genomics Facility and the team for the provision of analytical and computational support. Y.K.G. (Yit Kheng Goh) would like to thank Lim Shu Yong for molecular and library preparation guidance. We are also indebted to the estate management team, Poh Syee Wha, for granting access to the selected oil palm plots for this research and information sharing throughout the project. The authors would like to thank AAR Chemistry Laboratory for the provision of soil physicochemical analytical services. Last but not least, we would also like to thank the staff from AAR Crop Protection Laboratory for their valuable assistance during the experiment.

The authors declare that there are no competing interests. 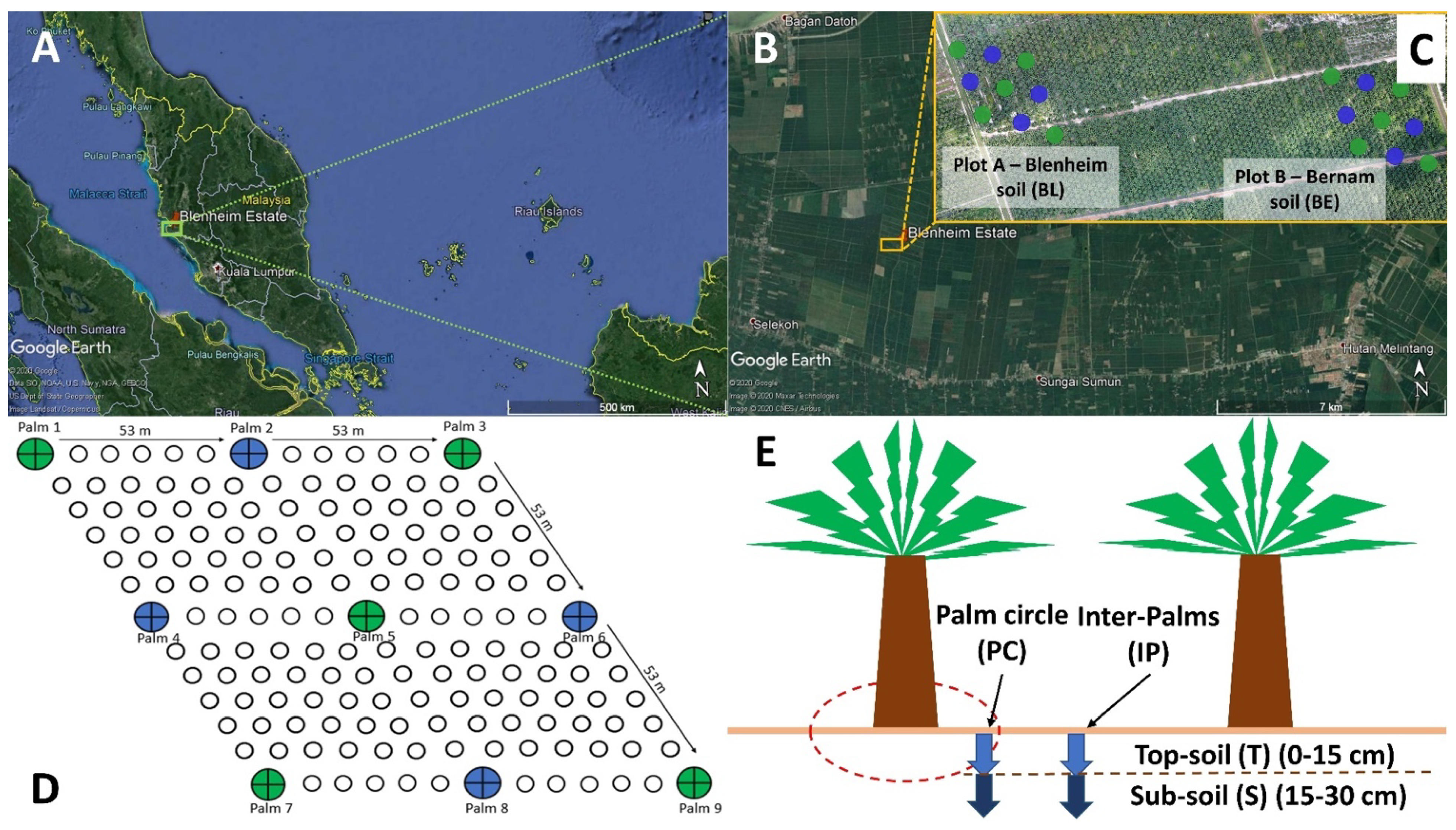 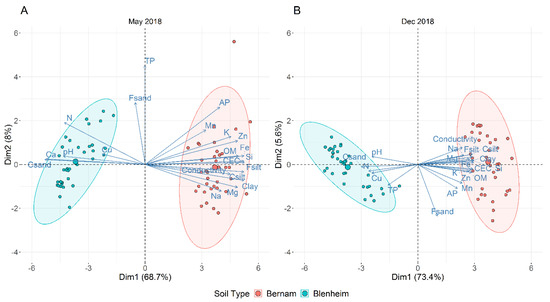 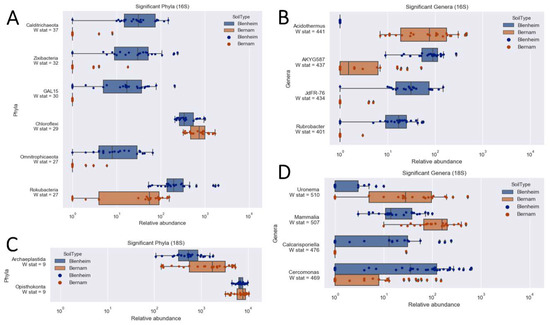