Test specimens in the investigation are made up of material 210Cr12 (its chemical composition shown in Table 1). 210Cr12 forged blanks were turned into shaft specimens with diameter of 40 mm and 300 mm long. Cutting speed is 100 m/min, feeding rate is 0.05 mm/rev, cutting depth is 0.04 mm. According to the mechanical property examination for specimens after fine turning and before rolling, specimen’s surface microhardness is of 270HV0.2, residual tensile stress is of 52 MPa, the surface roughness value Ra is of 3.079μm.

Rolling strengthening device, developed by our research team, is fixed on lathe C616 for shaft parts rolling process as shown in Figure 2. The rolling device consists of mechanical section and hydraulic system. Mechanical design of the rolling device is symmetrical structure in order to make the press forces exerted on specimen by rollers be balance, i.e., zero resultant force will be formed in rolling process, and the direction of contact stress is perpendicular to the surface of the test piece. The roller is made up of material GCr15 with diameter 35 mm and 4 mm long. The hydraulic system provides power to sustain the press force exerted on the in the rolling process.

The iXRD stress analyzer produced by Proto Company of Canada as shown in Figure 3 was used to measure the residual stress for 210Cr12 shaft specimen. Chrome target was used with Bragg angle 156°. The working voltage in the X-ray tube was 20 kV, the working current was 4 mA, the exposure time was 1 s, the number of exposures was 10, and the diameter of the collimator was 1 mm. The measurement error is ±10 MPa. The studied direction of residual stress was parallel to the direction of rolling of the specimen. The initial residual stress on the specimen surface was tensile stress of 52 MPa. The residual stress on the specimen surface after rolling with different parameters is shown in Table 2.

3.1. Effect of Rolling on Residual Stress

3.2. Effect of Rolling on Surface Microhardness

3.3. Effect of Rolling on Surface Roughness 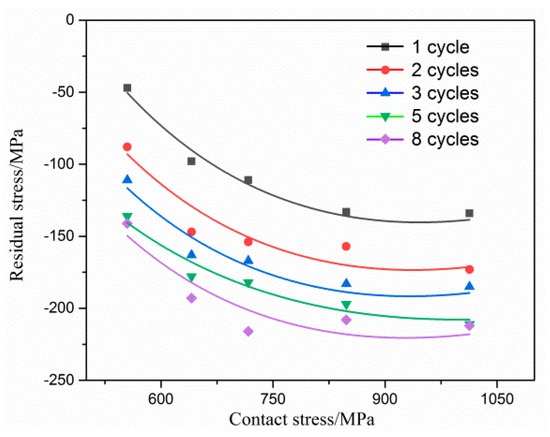 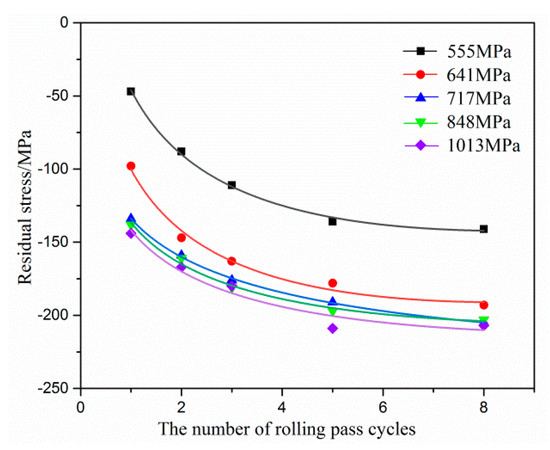 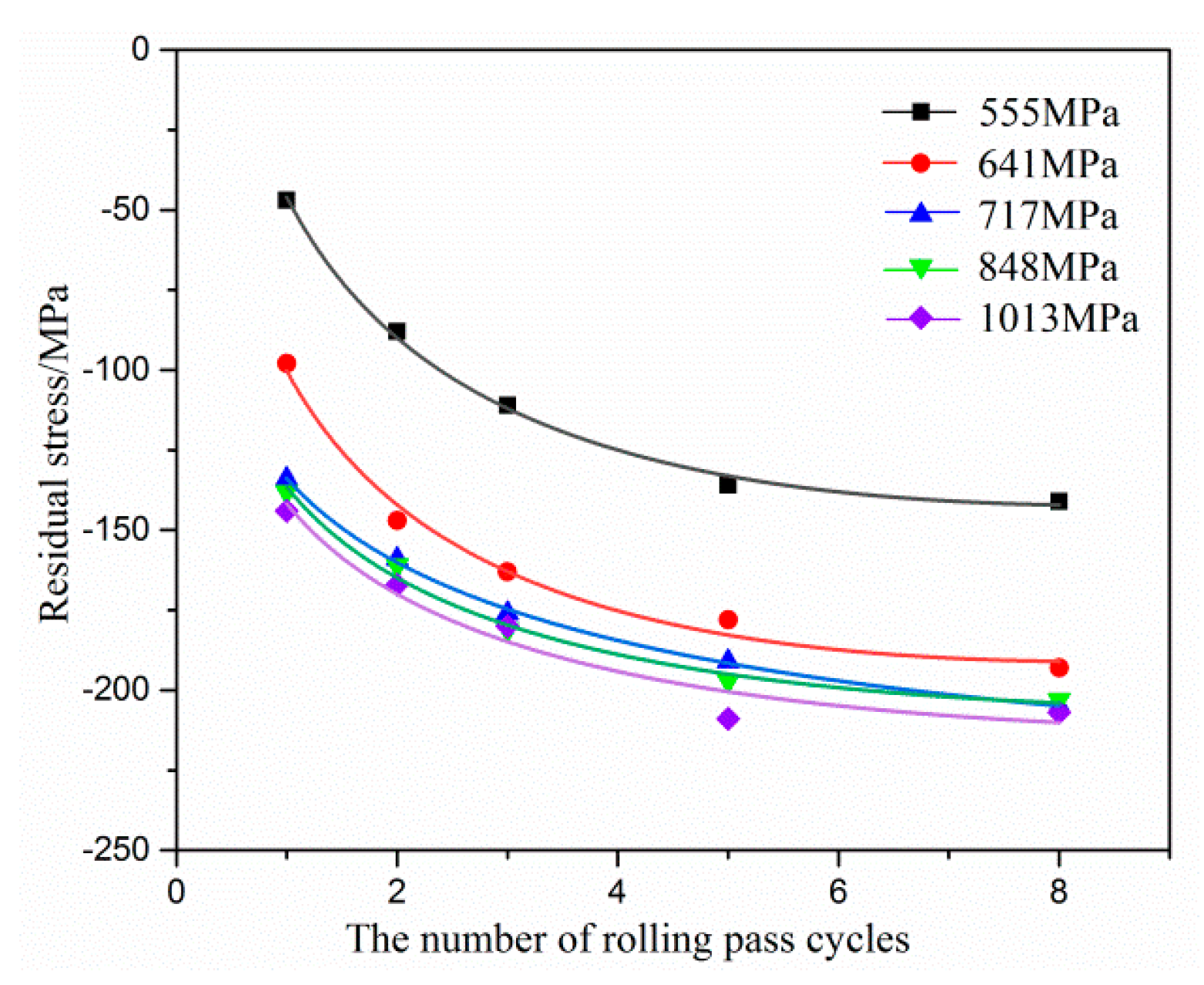 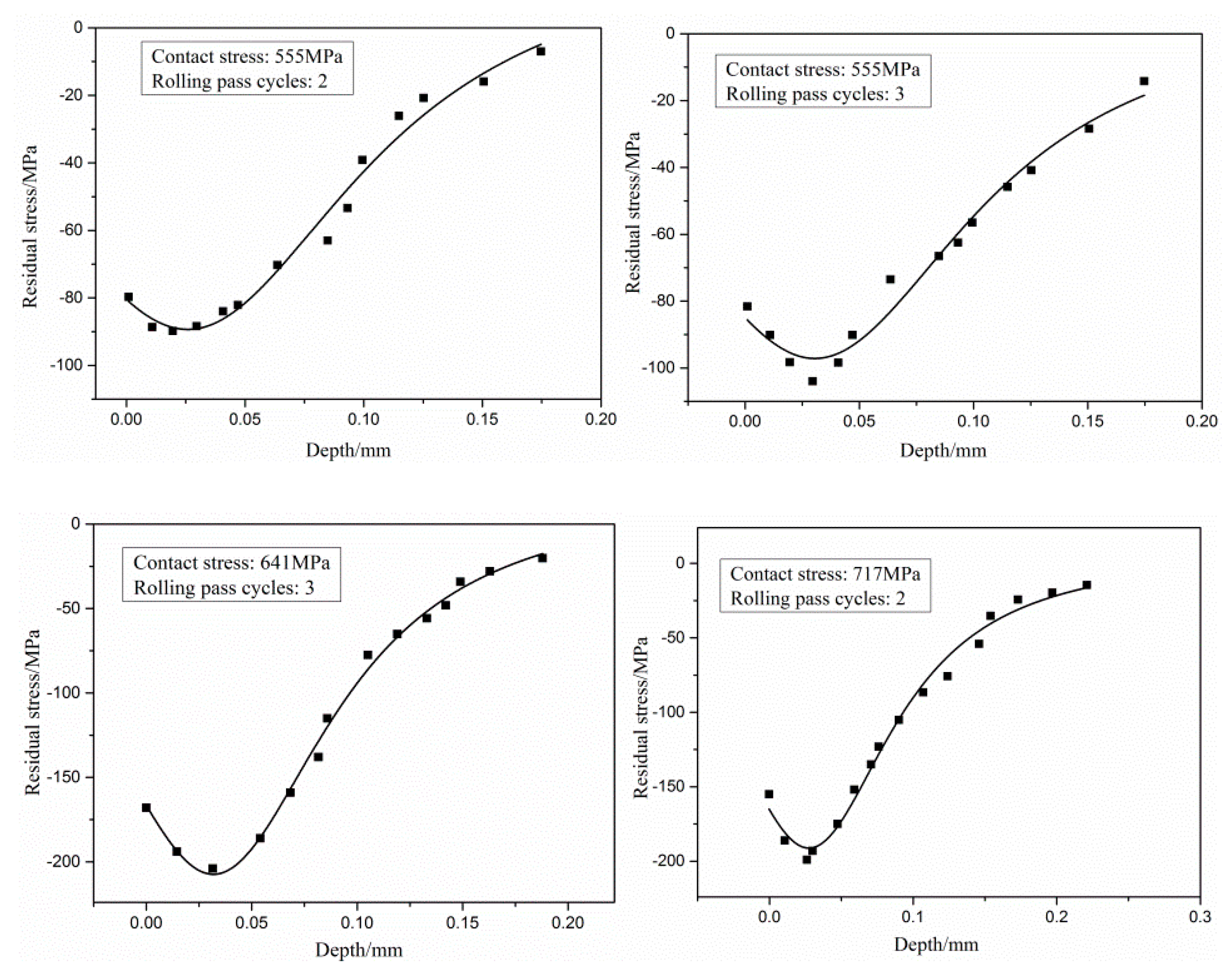 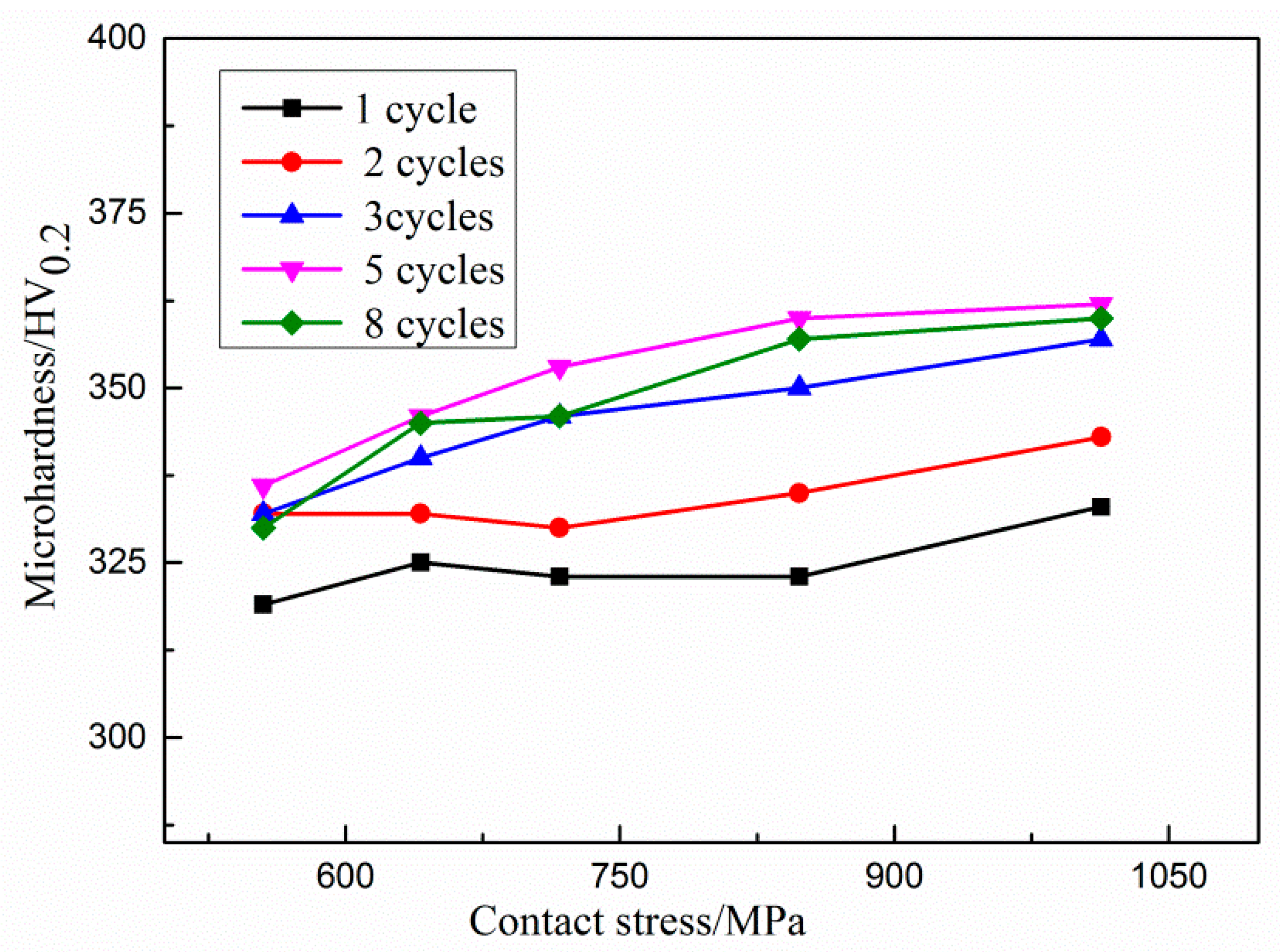 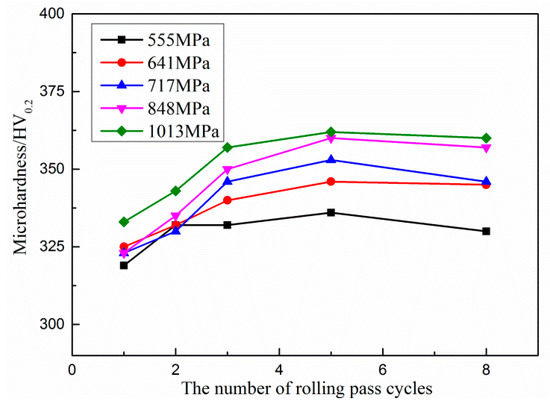 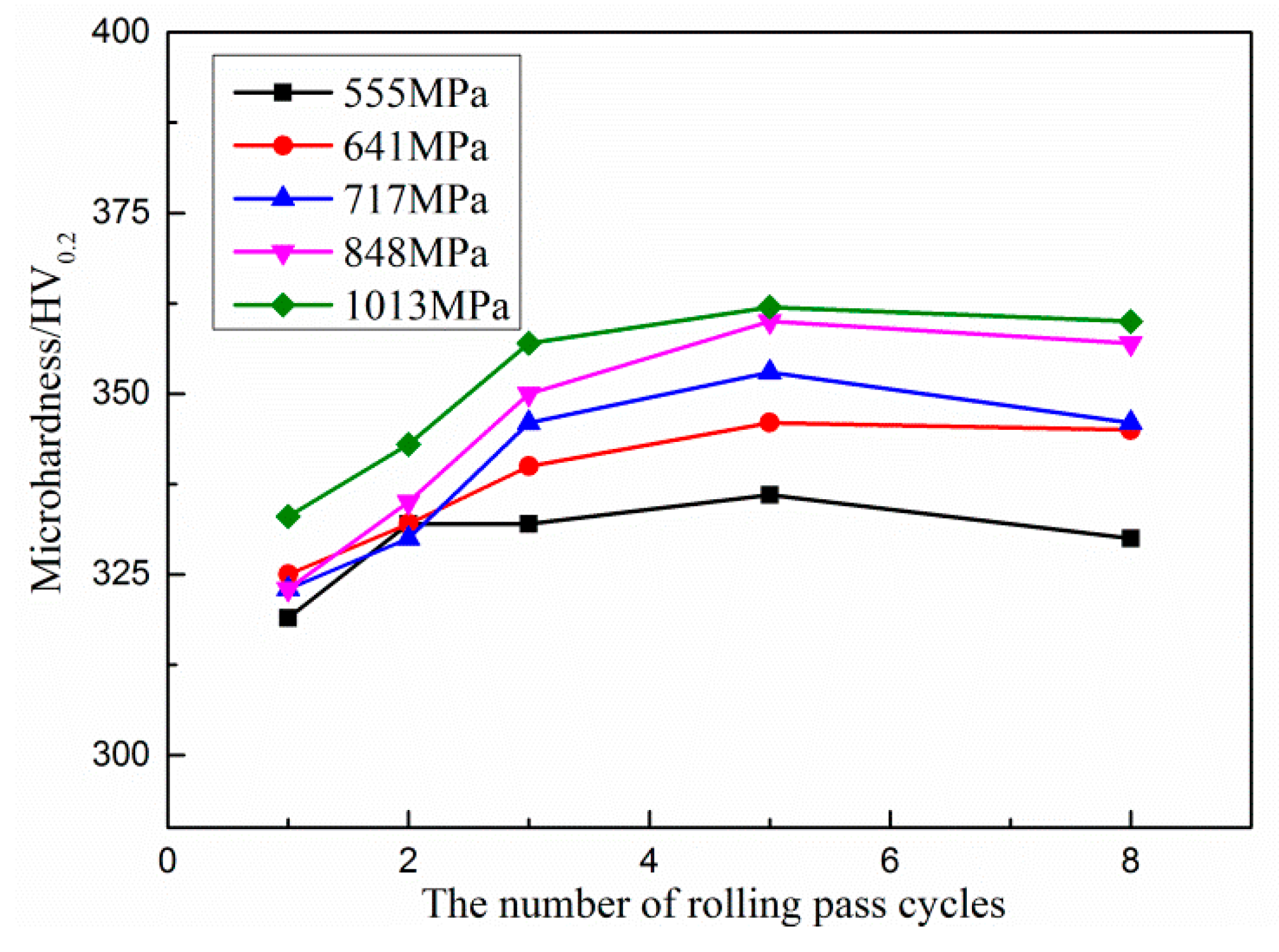 Table 4. Values of rolled specimen surface roughness/μm.
Table 4. Values of rolled specimen surface roughness/μm.
© 2020 by the authors. Licensee MDPI, Basel, Switzerland. This article is an open access article distributed under the terms and conditions of the Creative Commons Attribution (CC BY) license (http://creativecommons.org/licenses/by/4.0/).
We use cookies on our website to ensure you get the best experience. Read more about our cookies here.
Accept
We have just recently launched a new version of our website. Help us to further improve by taking part in this short 5 minute survey here. here.
Never show this again