Co-Selection of Resistance to Antibiotics, Biocides and Heavy Metals, and Its Relevance to Foodborne Pathogens

The presence of antimicrobial resistance and virulence factors of 174 Escherichia coli strains isolated from healthy Portuguese Gallus gallus was evaluated. Resistance profiles were determined against 33 antimicrobials by microbroth dilution. Resistance was prevalent for tetracycline (70%) and ampicillin (63%). Extended-spectrum beta-lactamase (ESBL) phenotype was observed in 18% of the isolates. Multidrug resistance was found in 56% of isolates. A subset of 74 isolates were screened by DNA microarrays for the carriage of 88 antibiotic resistance genes and 62 virulence genes. Overall, 37 different resistance genes were detected. The most common were tet(A) (72%), blaTEM (68%), and sul1 (47%), while 21% isolates harbored an ESBL gene (blaCTX-M group 1, group 2, or group 9). Of these, 96% carried the increased serum survival (iss) virulence gene, while 89% presented the enterobactin siderophore receptor protein (iroN), 70% the temperature-sensitive hemagglutinin (tsh), and 68% the long polar fimbriae (lpfA) virulence genes associated with extraintestinal pathogenic E. coli. In conclusion, prevalence of antibiotic resistant E. coli from the microbiota of Portuguese chickens was high, including to extended spectrum cephalosporins. The majority of isolates seems to have the potential to trigger extraintestinal human infection due to the presence of some virulence genes. However, the absence of genes specific for enteropathogenic E. coli reduces the risk for human intestinal infection. View Full-Text
Keywords: Escherichia coli; microarray; virulence factors; antibiotic resistance; poultry Escherichia coli; microarray; virulence factors; antibiotic resistance; poultry
►▼ Show Figures 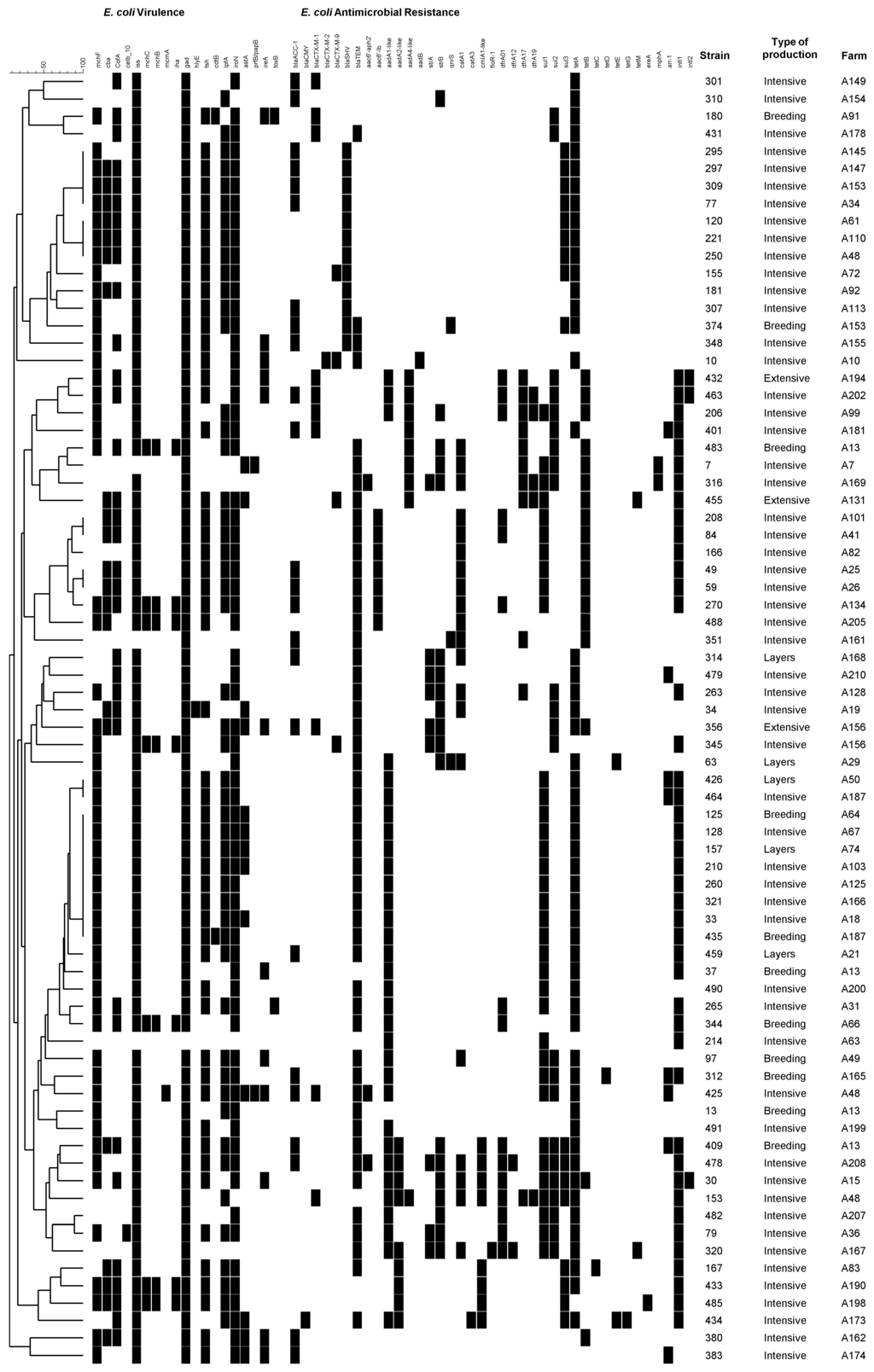