Resistance to Antimicrobials Mediated by Efflux Pumps in Staphylococcus aureus

Resistance mediated by efflux has been recognized in Staphylococcus aureus in the last few decades, although its clinical relevance has only been recognized recently. The existence of only a few studies on the individual and overall contribution of efflux to resistance phenotypes associated with the need of well-established methods to assess efflux activity in clinical isolates contributes greatly to the lack of solid knowledge of this mechanism in S. aureus. This study aims to provide information on approaches useful to the assessment and characterization of efflux activity, as well as contributing to our understanding of the role of efflux to phenotypes of antibiotic resistance and biocide tolerance in S. aureus clinical isolates. The results described show that efflux is an important contributor to fluoroquinolone resistance in S. aureus and suggest it as a major mechanism in the early stages of resistance development. We also show that efflux plays an important role on the reduced susceptibility to biocides in S. aureus, strengthening the importance of this long neglected resistance mechanism to the persistence and proliferation of antibiotic/biocide-resistant S. aureus in the hospital environment. View Full-Text
Keywords: Staphylococcus aureus; resistance; antibiotics; biocides; efflux Staphylococcus aureus; resistance; antibiotics; biocides; efflux
►▼ Show Figures 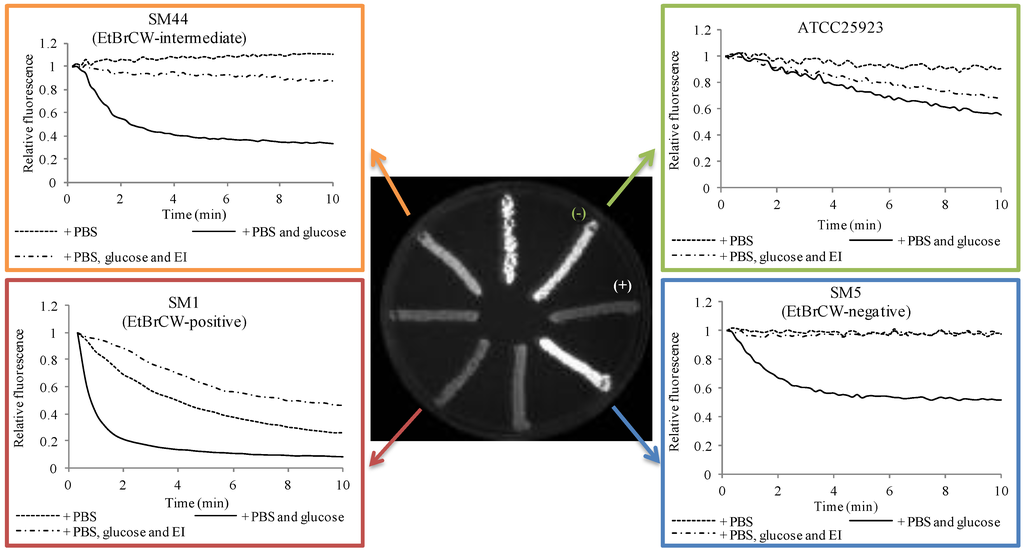