Conceptions of Artificial Intelligence and Singularity
Previous Article in Journal

Can Computers Become Conscious, an Essential Condition for the Singularity?

Cosmic Evolutionary Philosophy and a Dialectical Approach to Technological Singularity

The anticipated next stage of human organization is often described by futurists as a global technological singularity. This next stage of complex organization is hypothesized to be actualized by scientific-technic knowledge networks. However, the general consequences of this process for the meaning of human existence are unknown. Here, it is argued that cosmic evolutionary philosophy is a useful worldview for grounding an understanding of the potential nature of this futures event. In the cosmic evolutionary philosophy, reality is conceptualized locally as a universal dynamic of emergent evolving relations. This universal dynamic is structured by a singular astrophysical origin and an organizational progress from sub-atomic particles to global civilization mediated by qualitative phase transitions. From this theoretical ground, we attempt to understand the next stage of universal dynamics in terms of the motion of general ideation attempting to actualize higher unity. In this way, we approach technological singularity dialectically as an event caused by ideational transformations and mediated by an emergent intersubjective objectivity. From these speculations, a historically-engaged perspective on the nature of human consciousness is articulated where the truth of reality as an emergent unity depends on the collective action of a multiplicity of human observers.
Keywords: futures; technological singularity; philosophy; cosmic evolution; anthropology futures; technological singularity; philosophy; cosmic evolution; anthropology

We have attempted to build a cosmic evolutionary philosophy and situate within this philosophy the fundamental dynamics of ideational motion on the horizon of universal process. Now we will attempt to situate ideational motion within a higher order theory of consciousness that can approach totality. In this theory of consciousness, we place less emphasis on the physical instantiation of consciousness within a materialist foundation and instead place more emphasis on historically-engaged phenomenal understanding as it relates to a fundamental truth of unified reality. In other words, this analysis is less concerned with whether consciousness is produced by neuronal activity, or by the quantum level of being, or by some other unknown physical mechanism; and is more concerned with the phenomenal activity of psychosocial forces as they relate to the historical search for the truth of reality.
In building this theory of consciousness, our analysis will forward a different perspective then most reflections since it will offer an emergentist mental theory, as opposed to a scientific reductionist theory or philosophical transcendentalist theory, seeking to understand totality in terms of its relevance to the meaning of human existence. This approach to totality is different than most contemporary theories because, instead of explaining totality in terms of the mechanics of sub-atomic reality or the eternal absolute, we are explaining totality in terms of general ideational motion engaged in history (like in the analysis of the physics community). Thus, we are interested in a totality capable of helping us understand how frames of reference and their conceptual transformations will be generally effected by scientific epistemology (artificial intelligence, genetic engineering, quantum computation, etc.). In this way, we seek to emphasize the hard work of an emergent unity or integration via collective historical processes of human individuation. Consequently, this theory of consciousness aims to elucidate a central dynamical narrative and value structure of being that is both grounded in cosmic evolution as a universal process (as emphasized in Part 2) and future-oriented towards a meaningful synthetical higher order level of ideational order (as emphasized in Part 3).
The first step in constructing a theory of consciousness with relevance to universal history is to situate our understanding within proper historical context. In order to move in this direction, let us first consider the main metaphysical systems of thought that have structured the history of philosophy. These main metaphysical systems of thought will be broadly classified from the Western perspective as ancient, modern, and deconstructionist metaphysics. In this general classification, we can say that ancient metaphysics structured the development of civilization in its predominantly agricultural phase; modern metaphysics structured the development of civilization in its predominantly industrial phase; and deconstructionist metaphysics has structured the development of civilization in its predominantly informational phase. Thus, these metaphysics represent the logical ideational substructure of civilization at different moments in the collective becoming of self-consciousness in universal history.
In this analysis, we will pragmatically utilize the dynamical triadic structure of the imaginary-symbolic-real from Section 3 in order to situate our analysis of each major phase of Western civilizational metaphysics. Here, the imaginary as theoretical abstractions, the symbolic as enacted transformations and the real as concrete actualization in its general psychosocial manifestation are applied to different historical conceptions of unity. From all three phases, we can generalize the human mind as situated on the level of the symbolic order because self-consciousness is a narrative construct organized with a symbolic architecture capable of enacting historical transformations. However, what is considered imaginary (i.e., a theoretical abstraction) and real (i.e., a concrete actualization) will fundamentally change in all three major movements of civilization from ancient to modern to deconstructionist: 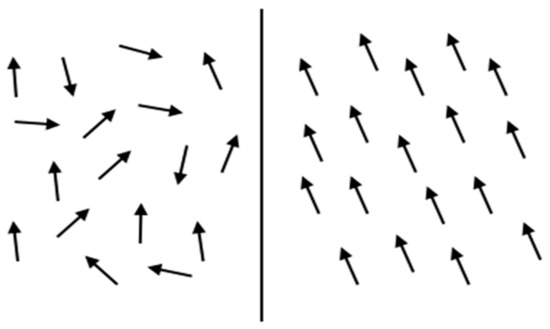 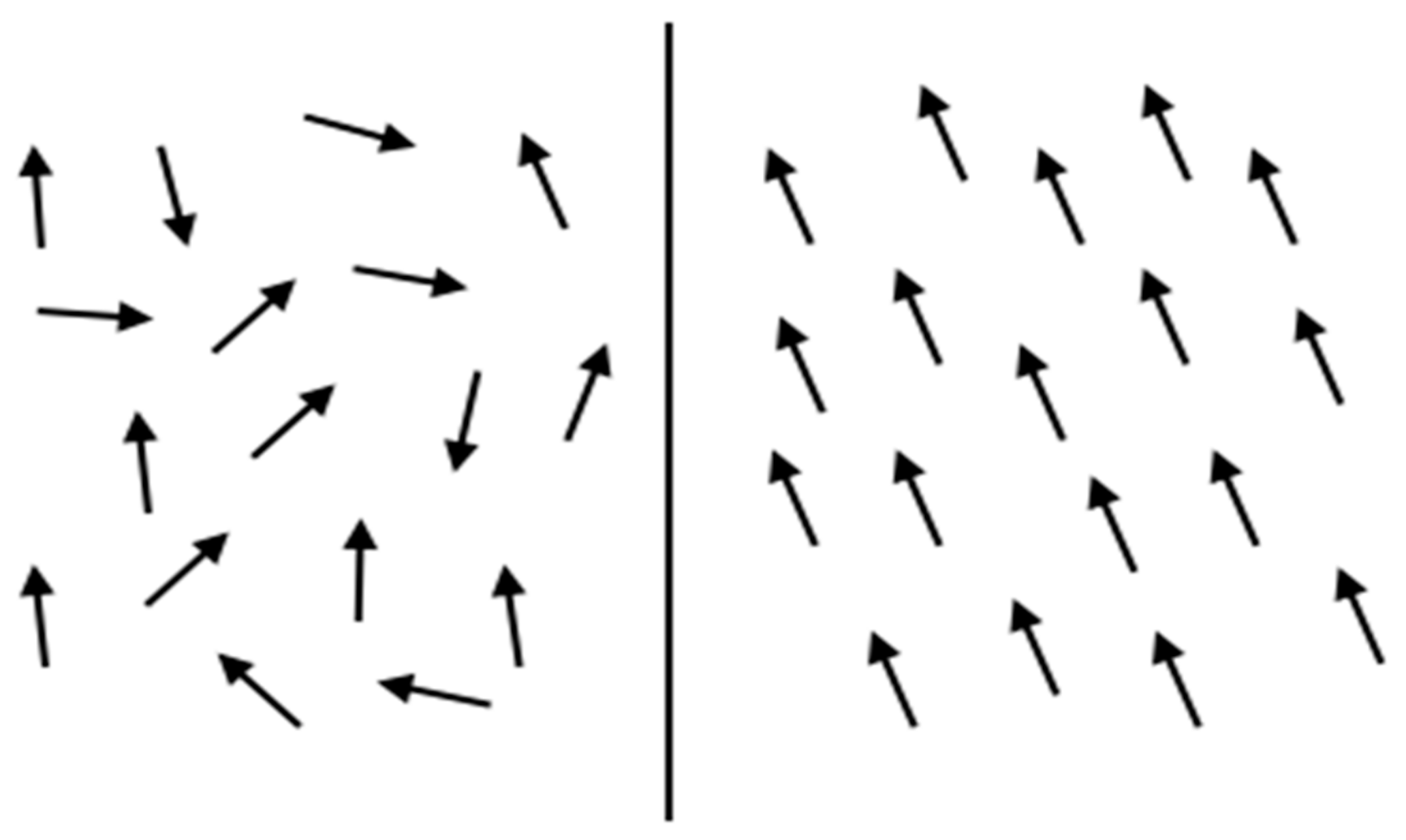 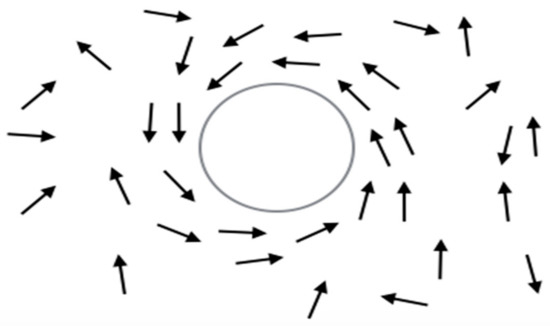 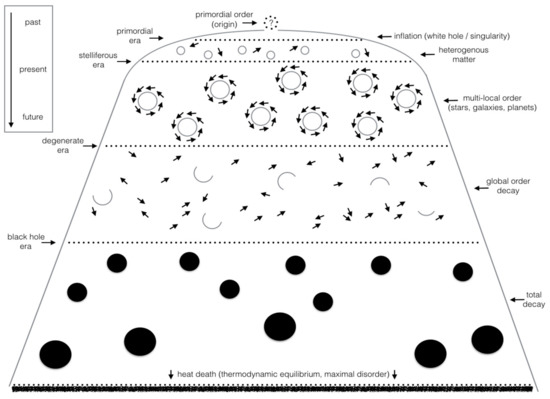 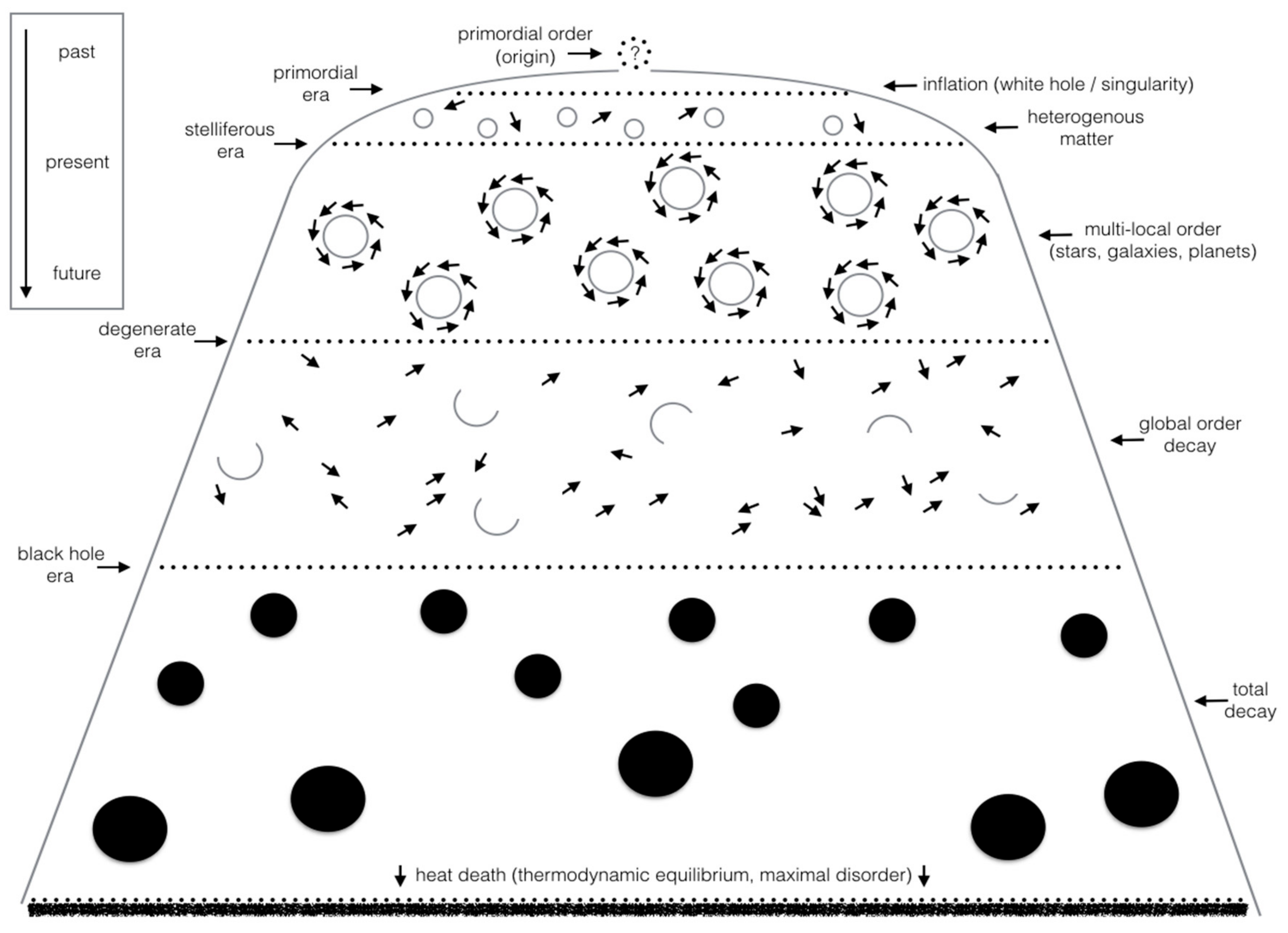 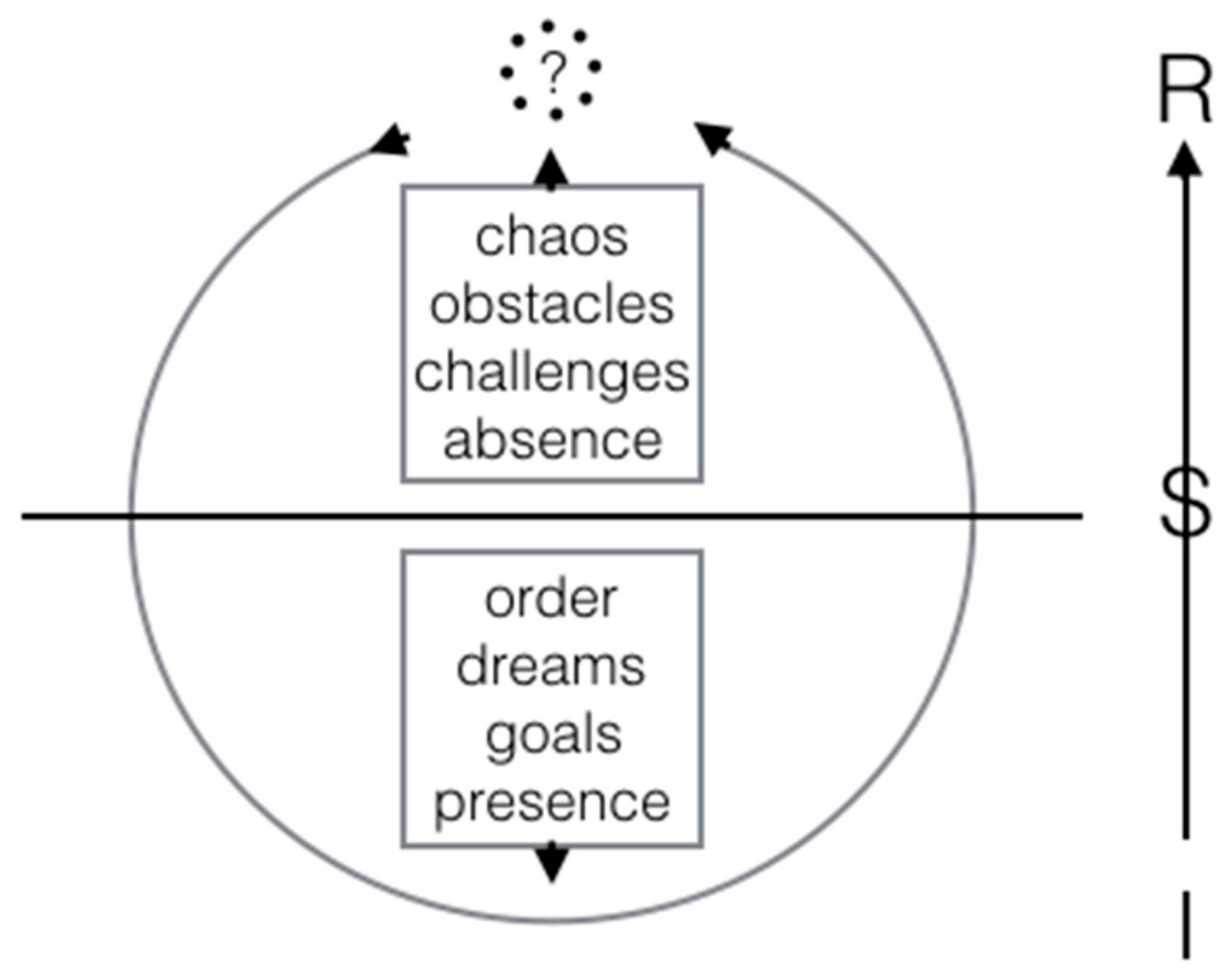 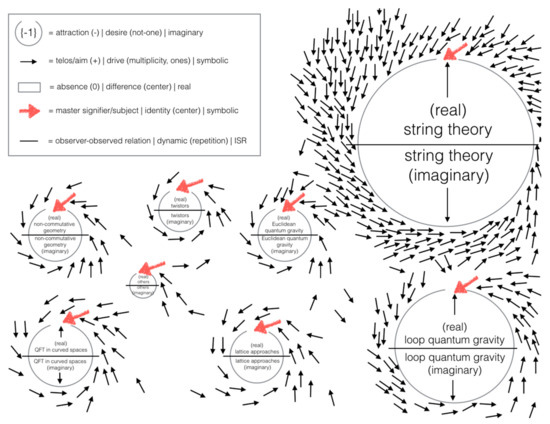 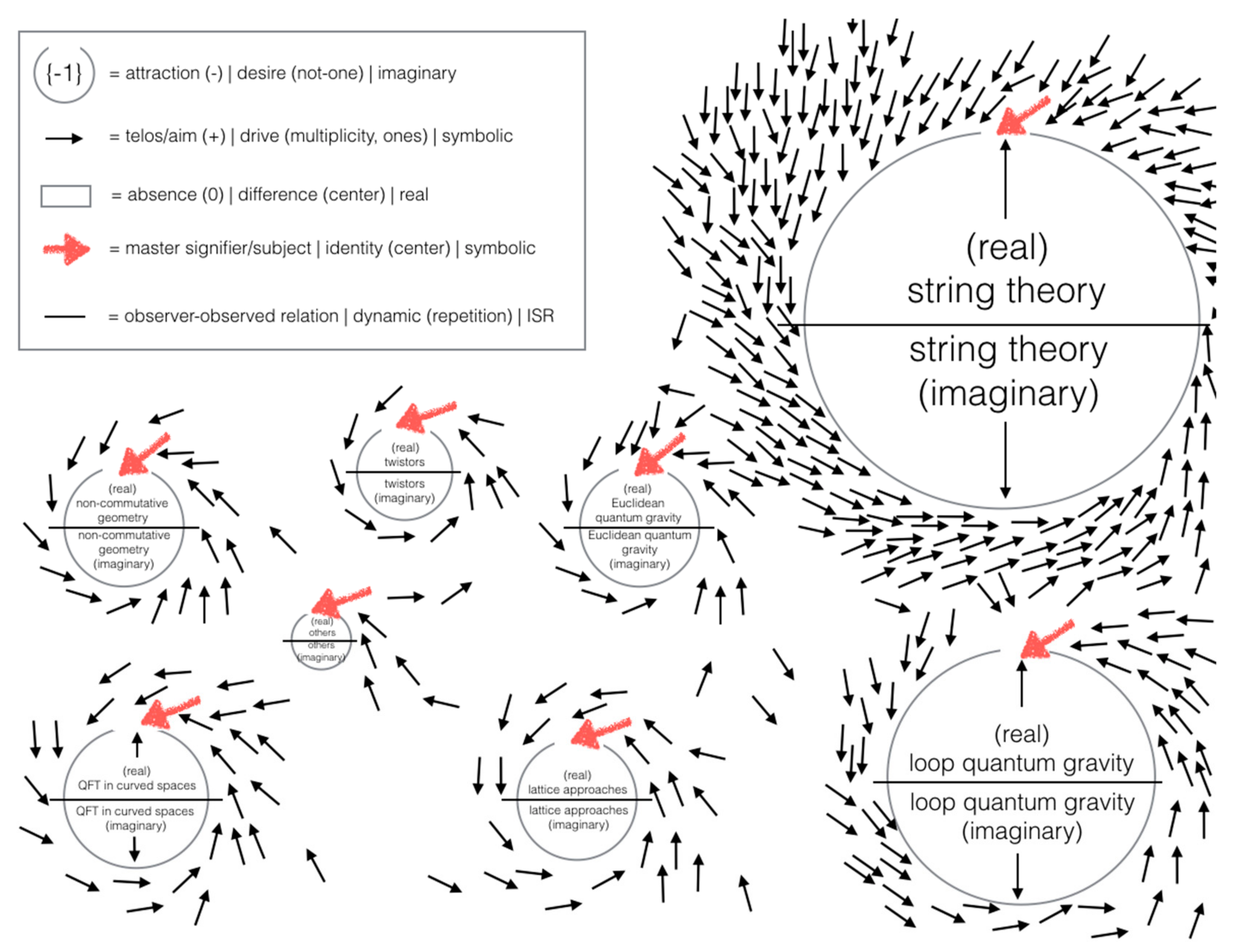