:
The goal of this paper is to represent two approaches to the phenomenon of information, explicating its nature and essence. In this context, Mark Burgin demonstrates how the general theory of information (GTI) describes and elucidates the phenomenon of information by explaining the axiomatic foundations for information studies and presenting the comprising mathematical theory of information. The perspective promoted by Jaime F. Cárdenas-García is based on Gregory Bateson’s description of information as “difference which makes a difference” and involves the process of info-autopoiesis as a sensory commensurable, self-referential feedback process.
Keywords:
information; info-autopoiesis; principle; axiom; transformation; representation; carrier; feedback process; measure; ontology; axiology

Now, dialogue is defined as a written or spoken conversational exchange between two or more people, as well as the literary and theatrical forms of such an exchange. In the West, this form is predominantly associated with Platonian dialogues, which persuasively demonstrated the multiple advantages of this form of exposition of diverse philosophical ideas.
However, in the Middle East and Asia, dialogue, as a literary genre, dates back to ancient times. For instance, Sumerian disputations are preserved in copies from the late third millennium B.C.E., while Rigvedic dialogue hymns are dated to the second millennium B.C.E.
In the West, Plato (437–347 B.C.E.) perfected dialogue as a literary form, and all his extant writings, except the Apology and Epistles, use this form. Following Plato, the dialogue became a popular literary genre in antiquity, and several important works both in Latin and in Greek were written in this form.
For instance, Protagoras of Abdera also used dialogues to present his ideas and opinions [1]. Plutarch of Chaeronea in Boeotia, who was a Platonist philosopher, wrote his collection of “Moralia” or “Ethical Essays” mostly in dialogue format [2]. Xenophon wrote his dialogue Symposium, and even Aristotle is said to have written several philosophical dialogues.
Dialogue as a literary form once more became very popular in the medieval period [3]. The most prominent dialogue authors at time were Anicius Manlius Severinus Boethius, John Scottus Eriugena, Augustine, Peter Abelard, Gilbert Crispin, Petrus Alphonsi, Raymund Lull, Yehudah HaLevi, and Nicolas of Cusa.
Later famous philosophers, such as David Hume, George Berkeley, Torquato Tasso, and Judah Abrabanel, wrote some of their works in the form of a dialogue.
From literature and philosophy, dialogue came to science. One of the most famous dialogues at the beginning of science was Galileo’s Dialogue Concerning the Two Chief World Systems (Dialogo sopra i due massimisistemi del mondo). In it, Galileo Galilei (1564–1642), who is considered the father of modern science by Albert Einstein and many other scientists, contrasts two different world views: the traditional at that time, the Ptolemaic geocentric system, according to which everything in the Universe circles around the Earth, and the new emerging Copernican system, according to which the Earth is one of the planets, which together with other planets orbits the Sun.
It is possible to give examples of many other prominent authors of dialogues demonstrating the attractiveness of the dialogue as a tool for the exposition of ideas, opinions, beliefs, values, and attitudes. We only mention such renowned figures of human culture as Iris Murdoch and George Santayana.
In our times, dialogue is also used as a functional form for the exposition of general, as well as scientific, ideas, opinions, and theories. For instance, the mathematician and computer scientist Donald Knuth used dialogue for presenting an innovative mathematical theory of surreal numbers [4]. Roth, McRobbie, and Lucas published four dialogues and what they call metalogues about the nature of science [5]. Information scientists Dodig-Crnkovic and Müller wrote a dialogue concerning two possible world systems, info-computational versus mechanistic contrasting the mechanistic approach to computation where computation is restricted to the functioning of such a popular model as Turing machine and info-computationalism, which treats the dynamics of the universe as a process of computation [6]. One more example of a contemporary scientific dialogue is an interview-style conversation of a group of neuroscientists who explore the conversation in science and the role of storytelling in engaging with and educating the public about what they do as scientists [7].
Moreover, actually, any interview is a dialogue, while an interview with a scientist is often a popular exposition of scientific ideas, achievements, and results in the form of a dialogue. Many different researchers have demonstrated the usefulness of the dialogical literary form in this and other areas (cf., for example, [8,9,10]).
Understanding the power of dialogue for comprehension to a wide audience and exposition of scientific ideas and results, the authors of this paper chose this form to better outline the differences and similarities in their approaches to the focal concept of information. The dialogue presented here is the result of the active exchange of opinions between the authors after they met at the International Society for the Study of Information (IS4SI) 2019 Summit organized at the University of California, Berkeley in June 2019. In spite of having a common interest in information, the authors found that they approached this widely discussed and fundamental topic from paradigmatically different perspectives. Mark Burgin represented the general theory of information as a comprehensive unified information theory providing foundations for all kinds of information studies. At the same time, Jaime F. Cárdenas-García described the process of info-autopoiesis, developing the difference theory of information based on Gregory Bateson’s aphoristic expression ‘difference which makes a difference’. As a result, they decided to explain their views in the form of a dialogue in treating the phenomenon of information. It is necessary to remark that the exposition of the general theory of information is concise because there are many publications [11,12,13,14,15,16,17,18,19] on this theory, including its exposition in a book [11]. Thus, there are two participants in this dialogue: J and M. The authors hope that for the readers, this exchange of opinions will be meaningful and revelatory of how information may be perceived from the presented paradigmatically different perspectives.

Both authors have equally contributed to the article, its conceptualization, methodology, investigation, writing—original draft preparation, review and editing. All authors have read and agreed to the published version of the manuscript. 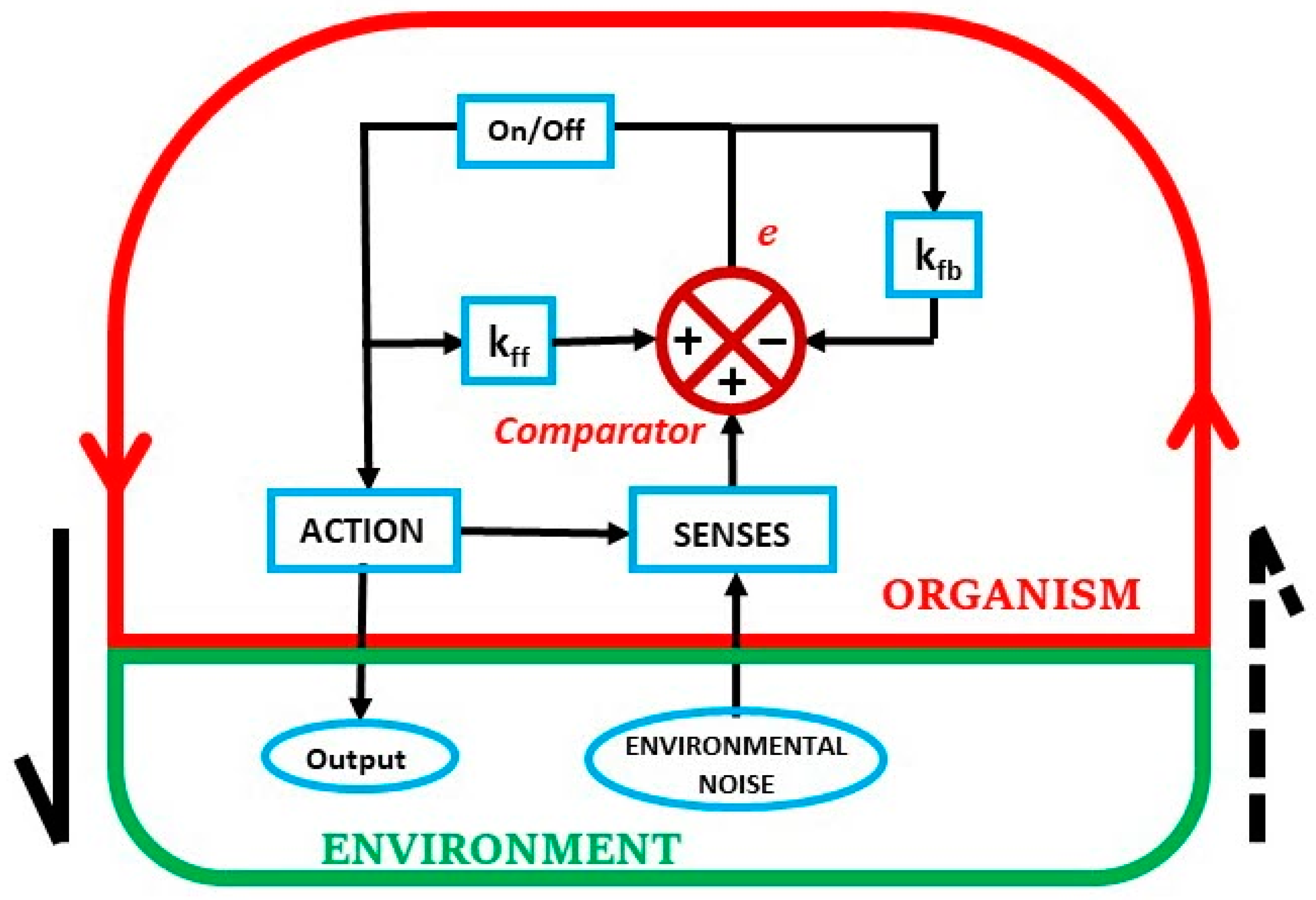 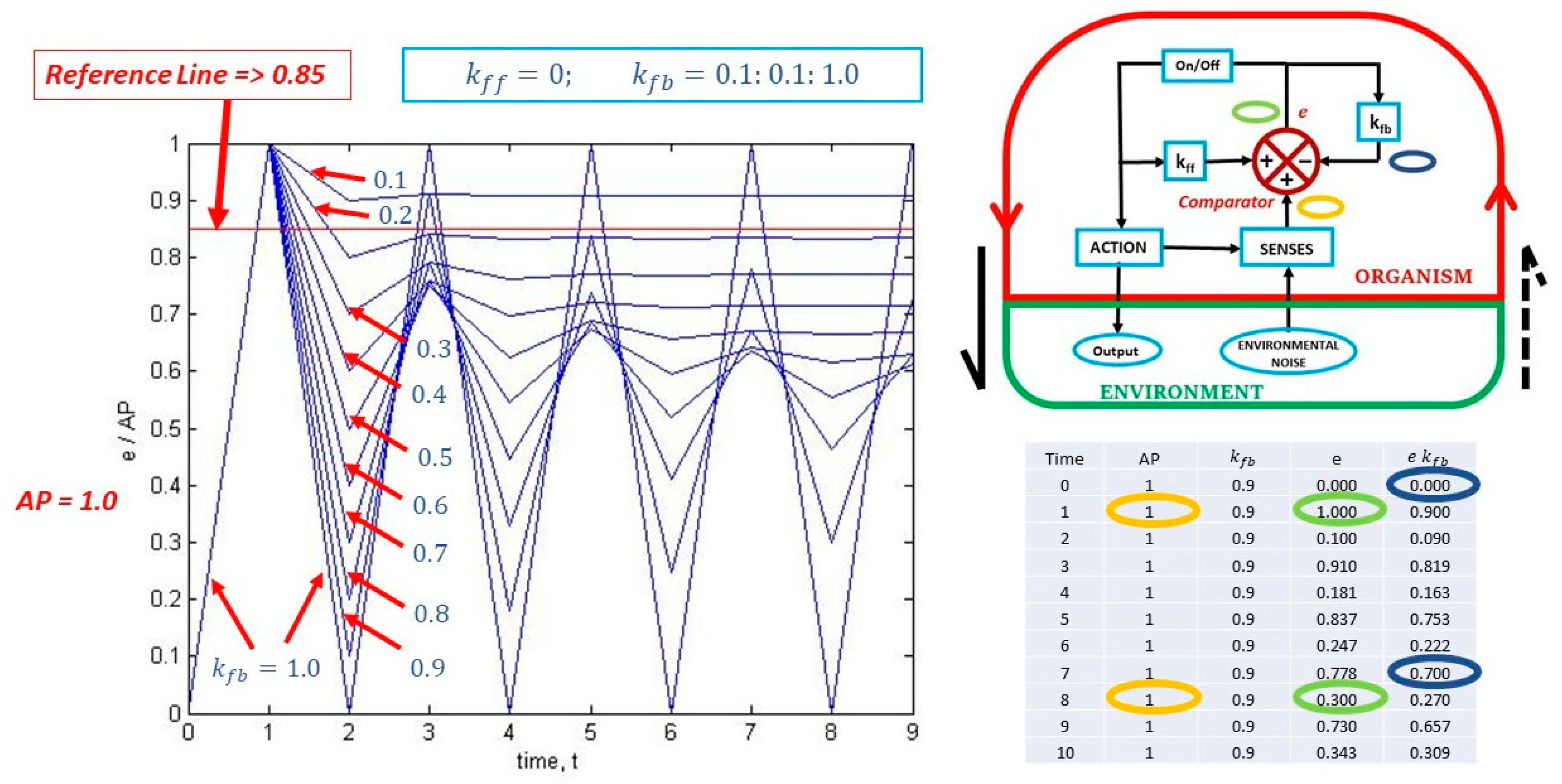