Integrating Religion and Spirituality into Mental Health Care, Psychiatry and Psychotherapy
Next Article in Special Issue

Hinduism in India and Congregational Forms: Influences of Modernization and Social Networks
Previous Article in Journal

Sacred Psychotherapy in the “Age of Authenticity”: Healing and Cultural Revivalism in Contemporary Finland
Previous Article in Special Issue

Does Religious Involvement Generate or Inhibit Fear of Crime?

The Sociology of Humanist, Spiritual, and Religious Practice in Prison: Supporting Responsivity and Desistance from Crime

This paper presents evidence for why Corrections should take the humanist, spiritual, and religious self-identities of people in prison seriously, and do all it can to foster and support those self-identities, or ways of establishing meaning in life. Humanist, spiritual, and religious (H/S/R) pathways to meaning can be an essential part of the evidence-based responsivity principle of effective correctional programming, and the desistance process for men and women involved in crime. This paper describes the sociology of the H/S/R involvement of 349 women and 3,009 men during the first year of their incarceration in the Oregon prison system. Ninety-five percent of the women and 71% of the men voluntarily attended at least one H/S/R event during their first year of prison. H/S/R events were mostly led by diverse religious and spiritual traditions, such as Native American, Protestant, Islamic, Wiccan, Jewish, Jehovah Witness, Latter-day Saints/Mormon, Seventh Day Adventist, Buddhist, and Catholic, but, increasingly, events are secular or humanist in context, such as education, yoga, life-skills development, non-violent communication, and transcendental meditation groups. The men and women in prison had much higher rates of H/S/R involvement than the general population in Oregon. Mirroring gender-specific patterns of H/S/R involvement found in the community, women in prison were much more likely to attend H/S/R events than men. View Full-Text
Keywords: prison; humanist; spiritual; religious; responsivity; desistance; gender; religion; corrections; treatment prison; humanist; spiritual; religious; responsivity; desistance; gender; religion; corrections; treatment
►▼ Show Figures 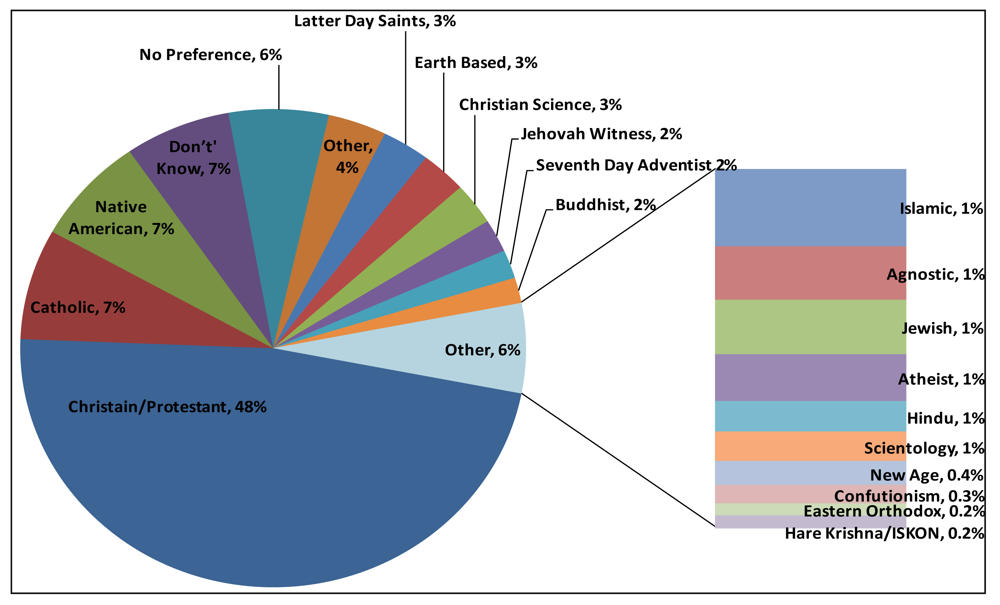