Pandemic Religion in Brazil—Temptation and Responsibility
Previous Article in Journal

Ritual, Legend, and Metaphor: Narratives of the Willow in Yuan Zaju
Previous Article in Special Issue

Translation or Divination? Sacred Languages and Bilingualism in Judaism and Lucumí Traditions

I compare the status of a sacred language in two very different religious traditions. In Judaism, the Hebrew language is the language of liturgy, prayer, and the Written Law. The traditional way of reading Torah passages involved translating them into Aramaic, the everyday language of communication in the Middle East in the first half of the first millennium CE. Later, other Jewish languages, such as Yiddish, played a role similar to that of Aramaic in the Talmudic period, constituting a system referred to as the “Traditional Jewish Bilingualism”. Hebrew lexemes had denotations related to the realm of Biblical texts, while Aramaic/Yiddish lexemes had everyday references. Therefore, the act of translation connected the two realms or domains. The Lucumí (Santería) Afro-Cuban religion is a syncretic tradition combining Roman Catholicism with the Ifá tradition, which does not have a corpus of written sacred texts, however, it has its sacred language, the Lucumí (Anagó) language related to the Yoruba language of West Africa. While the Spanish-Lucumí bilingualism plays an important role in Santería rituals, the mechanisms of reference are very different from those of the Hebrew-Yiddish bilingualism in Judaism. In Santería, divinations about the meaning of Lucumí words play a role similar to the translations from Hebrew in Judaism. I further discuss the role of ritual dances in Santería for the transition from the sacred to the secular domain and a function of Hebrew epitaphs to connect the ideal world of Hebrew sacred texts to the everyday life of a Jewish community. View Full-Text
Keywords: Hebrew; Yiddish; Santeria; Lucumi; Anago; Yoruba; Traditional Jewish Bilingualism; Afro-Cuban Hebrew; Yiddish; Santeria; Lucumi; Anago; Yoruba; Traditional Jewish Bilingualism; Afro-Cuban
►▼ Show Figures 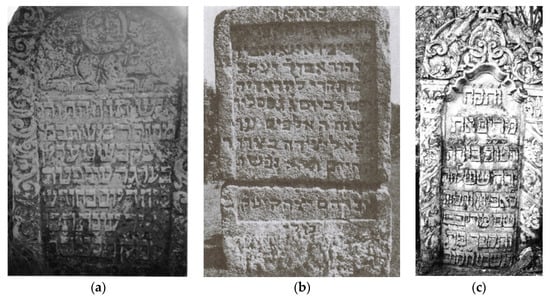