“True, Masculine Men Are Not Like Women!”: Salafism between Extremism and Democracy
Previous Article in Journal

To Spite the Devil: Martin Luther and Katharina von Bora’s Wedding as Reform and Resistance

This study shows how Varanasi, a site that many people understand to be a sacred Hindu city, has been made “Jain” through its association with the lives of four of the twenty-four enlightened founders of Jainism, the jinas or tīrthaṅkaras. It provides an overview of the Jain sites of worship in Varanasi, focusing especially on how events in the life of the twenty-third tīrthaṅkara Pārśva were placed in the city from the early modern period to the present day in order to bring Jain wealth and resources to the city. It examines the temple-building programs of two Śvetāmbara renunciants in particular: the temple-dwelling Kuśalacandrasūri of the Kharataragaccha (initiated in 1778), and the itinerant Ācārya Rājayaśasūri of the Tapāgaccha (b. 1945). While scholars and practitioners often make a strong distinction between the temple-dwelling monks (yatis) who led the Śvetāmbara community in the early modern period and the peripatetic monks (munis) who emerged after reforms in the late nineteenth-century—casting the former as clerics and the latter as true renunciants—ultimately, the lifestyles of Kuśalacandrasūri and Rājayaśasūri appear to be quite similar. Both these men have drawn upon the wealth of Jain merchants and texts—the biographies of Pārśva—to establish their lineage’s presence in Varanasi through massive temple-building projects. View Full-Text
Keywords: Jainism; Varanasi; biography; sacred space; monasticism; temple-building; Pārśva; Padmāvatī Jainism; Varanasi; biography; sacred space; monasticism; temple-building; Pārśva; Padmāvatī
►▼ Show Figures 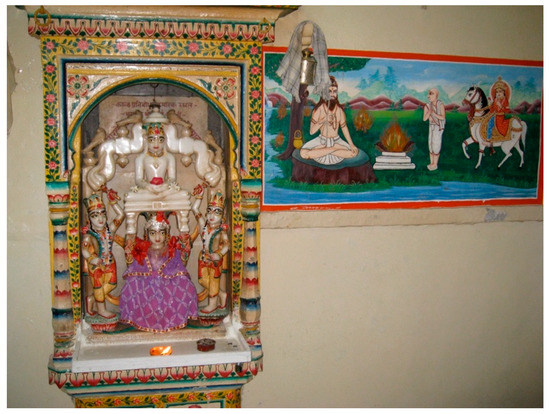