Conspiracy Theories in the Classroom: Problems and Potential Solutions
Previous Article in Journal

‘Beyond Boundaries or Best Practice’ Prayer in Clinical Mental Health Care: Opinions of Professionals and Patients

The present paper deals with the development of cult in Shiloh during the Middle Ages. After the Byzantine period, when Shiloh was an important Christian cult place, it disappeared from the written sources and started to be identified with Nebi Samwil. In the 12th century Shiloh reappeared in the travelogues of Muslims, and shortly thereafter, in ones by Jews. Although most of the traditions had to do with the Tabernacle, some traditions started to identify Shiloh with the tomb of Eli and his family. The present study looks at the relationship between the practice of ziyara (“visit” in Arabic), which was characterized by the veneration of tombs, and the cult in Shiloh. The paper also surveys archeological finds in Shiloh that attest to a medieval cult and compares them with the written sources. In addition, it presents testimonies by Christians about Jewish cultic practices, along with testimonies about the cult place shared by Muslims and Jews in Shiloh. Examination of the medieval cult in Shiloh provides a broader perspective on an uninstitutionalized regional cult. View Full-Text
Keywords: Shiloh; medieval period; Muslim archeology; travelers Shiloh; medieval period; Muslim archeology; travelers
►▼ Show Figures 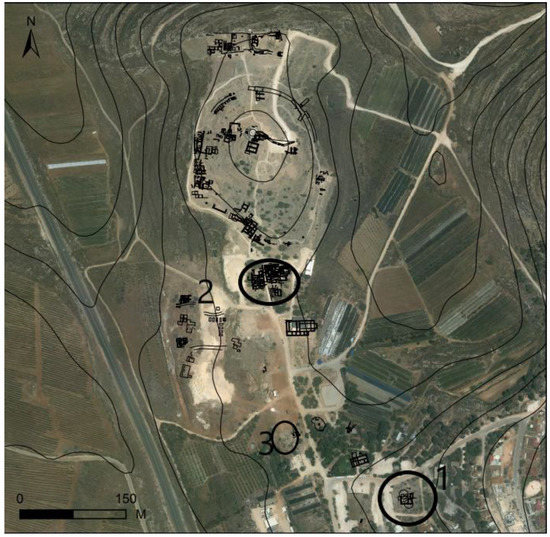