The Social Architecture of Belonging in the African Pentecostal Diaspora

The Pedagogy of the Evangelization, Latinity, and the Construction of Cultural Identities in the Emblematic Politics of Guamán Poma de Ayala

Transculturation processes and the formation of identity are analyzed in this investigation into the emblematic politics of the Primer nueva corónica y buen gobierno (First new chronicle and good government) of Guamán Poma de Ayala (ca. 1616). Understood as pluricultural acts of discourse between Andean cosmological visions and the new systems of European cultural codification, this study follows the emblematic chronicler from Poma on the subject of colonial education and the Ladino Indian, through structured relations fixed between space, icon, and symbol. The careful iconographic arrangement of the drawings of Guamán are the result of conscient knowledge of the usefulness of the image and its didactic, persuasive, propagandistic, and mnemotechnic potential. Learning the reading and writing of the Castilian language will be presented here as one of the most effective social instruments in the colonial order and in the defense of native Indians before Viceroyal authorities. Mastery of writing sets the foundation for shaping a multiple and transcultural non-exclusive identity, which shows evidence of dialogic and effective communication of a cultural memory, the result of the negotiation of two identities, one from the awareness of the pre-Hispanic past and another orderly realignment in accordance with European cultural patterns. View Full-Text
Keywords: pedagogy of evangelization; Latinity; cultural identities; emblematic literature; Guamán Poma de Ayala pedagogy of evangelization; Latinity; cultural identities; emblematic literature; Guamán Poma de Ayala
►▼ Show Figures 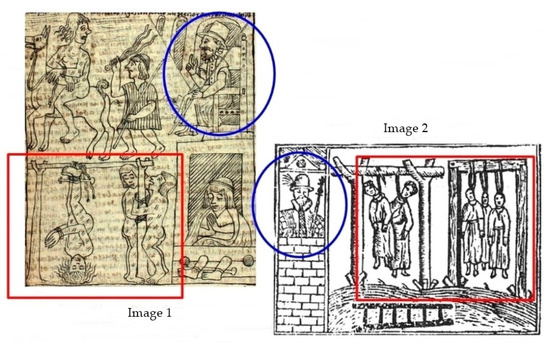 Pérez-González, C.; Ortega-Sánchez, D. The Pedagogy of the Evangelization, Latinity, and the Construction of Cultural Identities in the Emblematic Politics of Guamán Poma de Ayala. Religions 2019, 10, 441. https://doi.org/10.3390/rel10070441