Talking Back: Phillis Wheatley, Race, and Religion
Next Article in Special Issue

:
Relationships between religion and comics are generally unexplored in the academic literature. This article provides a brief history of Black religions in comic books, cartoons, animation, and newspaper strips, looking at African American Christianity, Islam, Africana (African diaspora) religions, and folk traditions such as Hoodoo and Conjure in the 20th century. Even though the treatment of Black religions in the comics was informed by stereotypical depictions of race and religion in United States (US) popular culture, African American comics creators contested these by offering alternatives in their treatment of Black religion themes.
Keywords:
comics; black religions; Voodoo; Black Panther; race and religion; African American religions
Despite its acclaim as a unique vision of the genius of Africana cultures, the superhero comic book Black Panther (Figure 1) is not well known for its portrayals of religion. Nevertheless, over its 53-year history, the comic frequently referenced ancestral religious rituals, supernatural realms and landscapes, and theologies of divine kingship.1 Even though the relationships between religion and comics are largely unexamined, illustrations of black religions in comics are not new.
More than 150 years before the advent of Black Panther, a representation of Africana religions appeared in a British cartoon called Johnny Newcome in Love in the West Indies. In this 1808 sequential art print, the religious tradition known as obeah appeared in a story about the adventures of a hapless English plantation master in slavery-era Jamaica. In one panel, Newcome consults an “Oby man” to seduce “Mimbo Wampo”, a slave woman. We see the black conjurer, with grizzled beard, staff, and medicine pot with feathers, grave dirt, and egg shells, dispensing assurances to Newcome, who is pictured in another scene with nine offspring from his liaison with Mimbo Wampo, now the “queen” of his “harem”. The cartoon construed the spiritual tradition of obeah as a bizarre magical practice, while describing the perils of social intercourse between blacks and whites in the New World environment. The wry commentary indicates that prior to the twentieth century, the perceived “otherness” of African-based traditions like obeah readily translated into fodder for satire in the comics medium.2
In this article, I discuss Africana (African diasporic) religions, Islam, Christianity, and black folk traditions such as Hoodoo and Conjure, as they appeared in 20th-century cartoons, animation, comic books, and comic strips. Although comics are a topic of current academic interest in literature, history, and cultural studies, few discussions give focused attention to black religions. This lapse occurs in analyses of comics that represent Africana spiritual practices, and in comics that promote religious stories in order to educate or proselytize. Charting black religions in 20th century comics opens a window onto views of race and religion during this period and provides insights into the use of negative stereotypes that denigrate and distort Africana spiritual traditions. A focus on black religions also affirms the ways that African American comics creators contested racial misrepresentations with viable portrayals of black spiritual life.3 In this article overview, I look at comics’ treatments of black religions in two movements. Part one speaks to the impact of misrepresentation, stereotyping, and caricature in depictions of black religions, particularly in mainstream American comics in the early- to mid-20th century. Part two considers the work and influence of black comics artists, writers, and other creators of black subjects and their engagement with religious themes in the same period to the turn of the 21st century. I show that, in depicting black religions, comics both supported and contested representations of race and religion in ways that parallel and diverge from their actual historical presence in United States (US) popular culture.

1. Representation from the Outside

2. Representation from the Inside

We complete this discussion having come full circle, “looking at the past to retrieve what was lost, and reclaiming the present”, as the wisdom sayings of the Akan Sankofa philosophers affirm. From early images of black religion in twentieth century comics to the present day—with the extraordinary 2018 comic book-based film Black Panther opening up new domains of Afrofuturist representation—black American religions and Africana spiritualities were transformed from a waning trajectory of negative images, stereotypes, and distortions that once dominated comics art and narrative. Even now, black and Africana spiritual themes resonate with the latest generation of comics consumers, whose relationship to race and religion appears to be far less sectarian and more religiously expansive than any that came before them. The comics of the past century offer an array of valuable lessons as we consider the treatment of black religion as subject matter in US popular culture. Comic books, cartoons, animation, and newspaper strips conveyed harmful assumptions and racist ideas in their treatment of black and Africana religions, but comics were also used as a corrective, offering truer and more authentic perspectives. This investigation of black religion and comics, while limited, shows how comics articulated understandings of blackness, race, and Africana spiritualities that both supported and contested the views of the dominant society. What conclusions may be drawn regarding the significance of black religions and their depiction in comics? Firstly, it is worth underscoring that, as the comic developed as a multi-faceted form in the twentieth century, so did the breadth of styles by which black religion was illustrated. From the early caricature and satirizing of African American church performances, black folk traditions, and Africana practices in cartoons and animation, to the contrasting presentation of religious themes as viable subject material by the black press and mainstream comic books, depictions of black religion were shaped by perceptions of their creators and their readers, even as the expansion of the comics medium would be ultimately industry-defined. The rise of Graphic Voodoo in the early twentieth century as an imaginary construction and false depiction of black religious and spiritual otherness is an example of the power of outsider representations that has had considerable cultural impact, as it was later adopted, appropriated, and disseminated both by insiders and others, becoming embedded within comics discourses even in the present day. Notwithstanding their commercialized aspects, comics centering on blackness and spirituality advanced over the decades as increasingly visible presentations of racial identity, becoming more salient in US popular culture. In response to these trends, black artists, writers, and creators in particular have developed more elaborate, complex, and authentic depictions of black religiosity and spirituality through comics storylines, characters, and images. It may be possible to consider comics as one of many forms of religious definition and expression—as facilitating new and imaginative spiritual practices of meaning-making through narrative, art, and social commentary that focus on traditional and non-traditional spiritual sources, persons, and subjects. Historically, black religious representation in comics originated as one-sided, created and offered as a spectacle to be viewed from the outside, looking in; in large part, the work of black artists and writers in the 20th century exemplified the struggle to correct and take control of the same so as to provide images and narratives with an insider’s vision. It remains to be seen in what new directions comics and black religions will flow in as they extend into the 21st century, but it is clear that, for comics creators and their readers, the future is present. 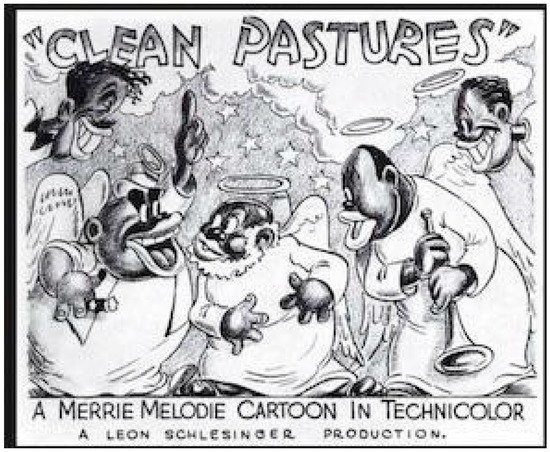 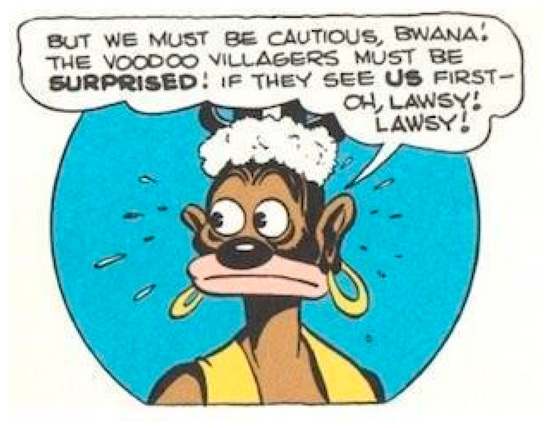 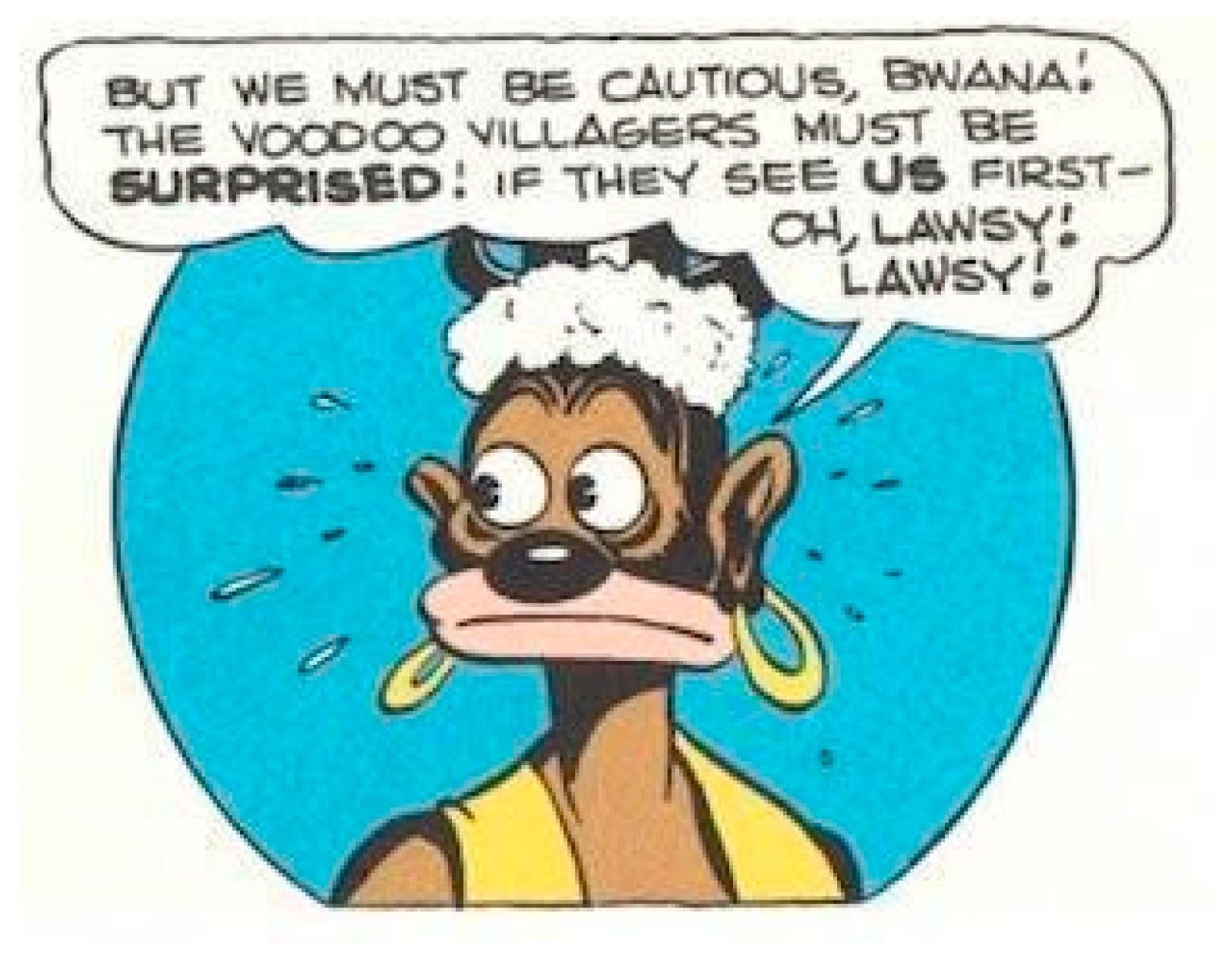 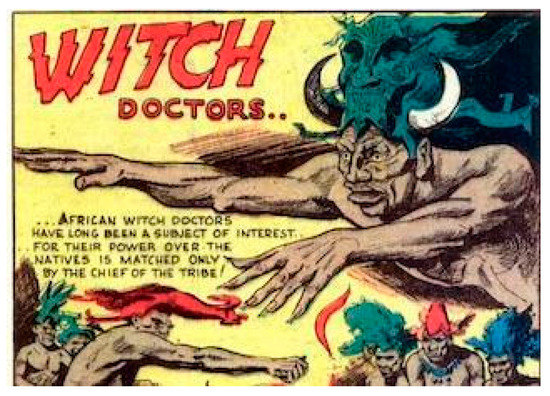 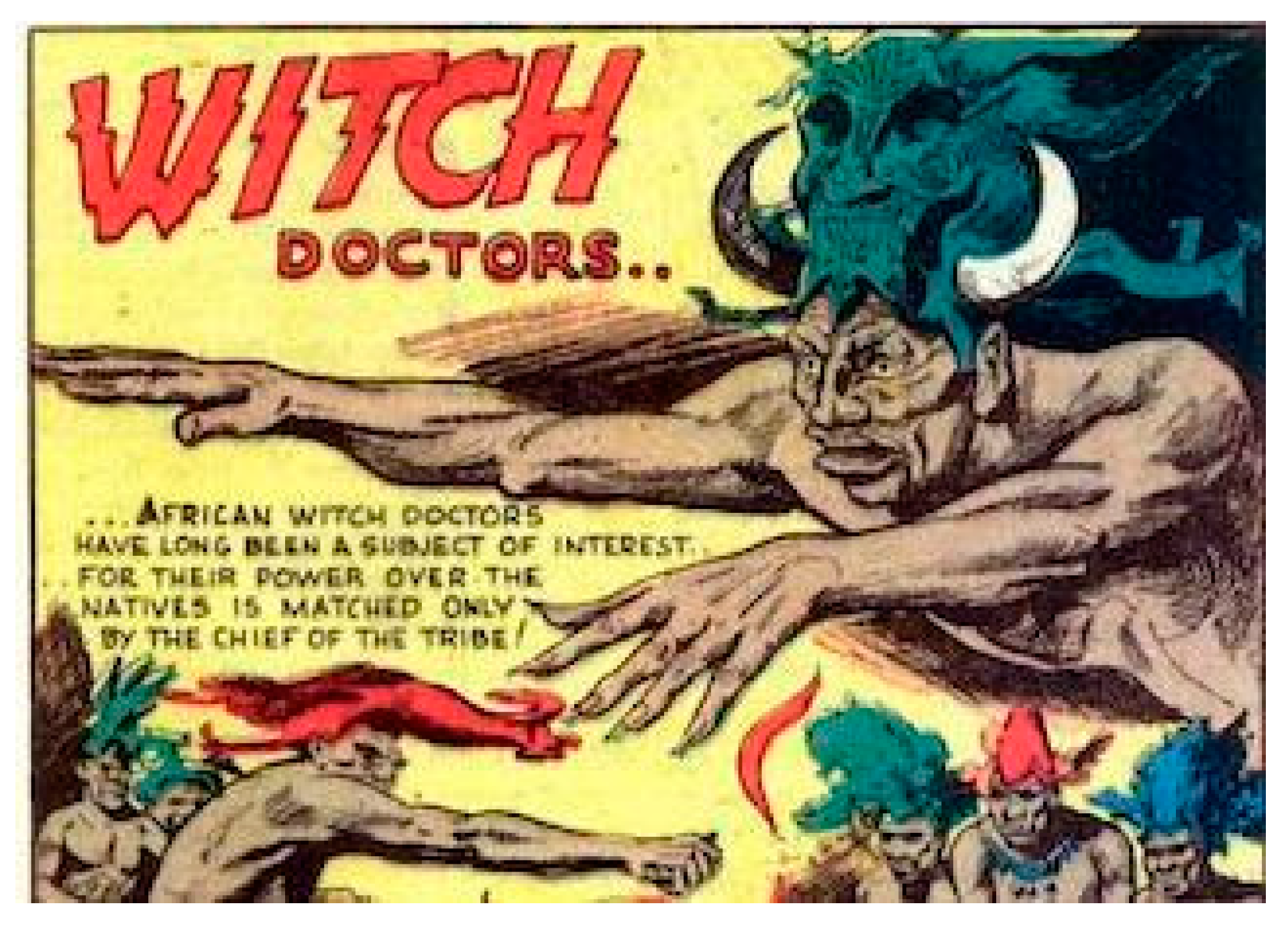 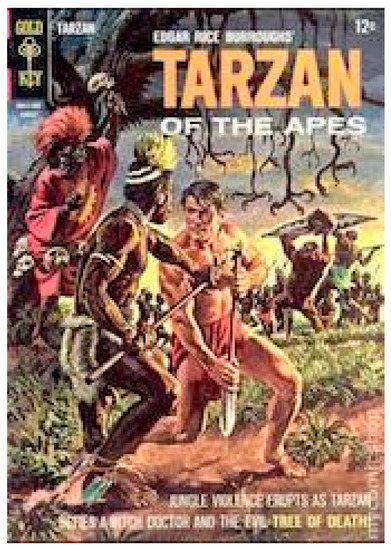 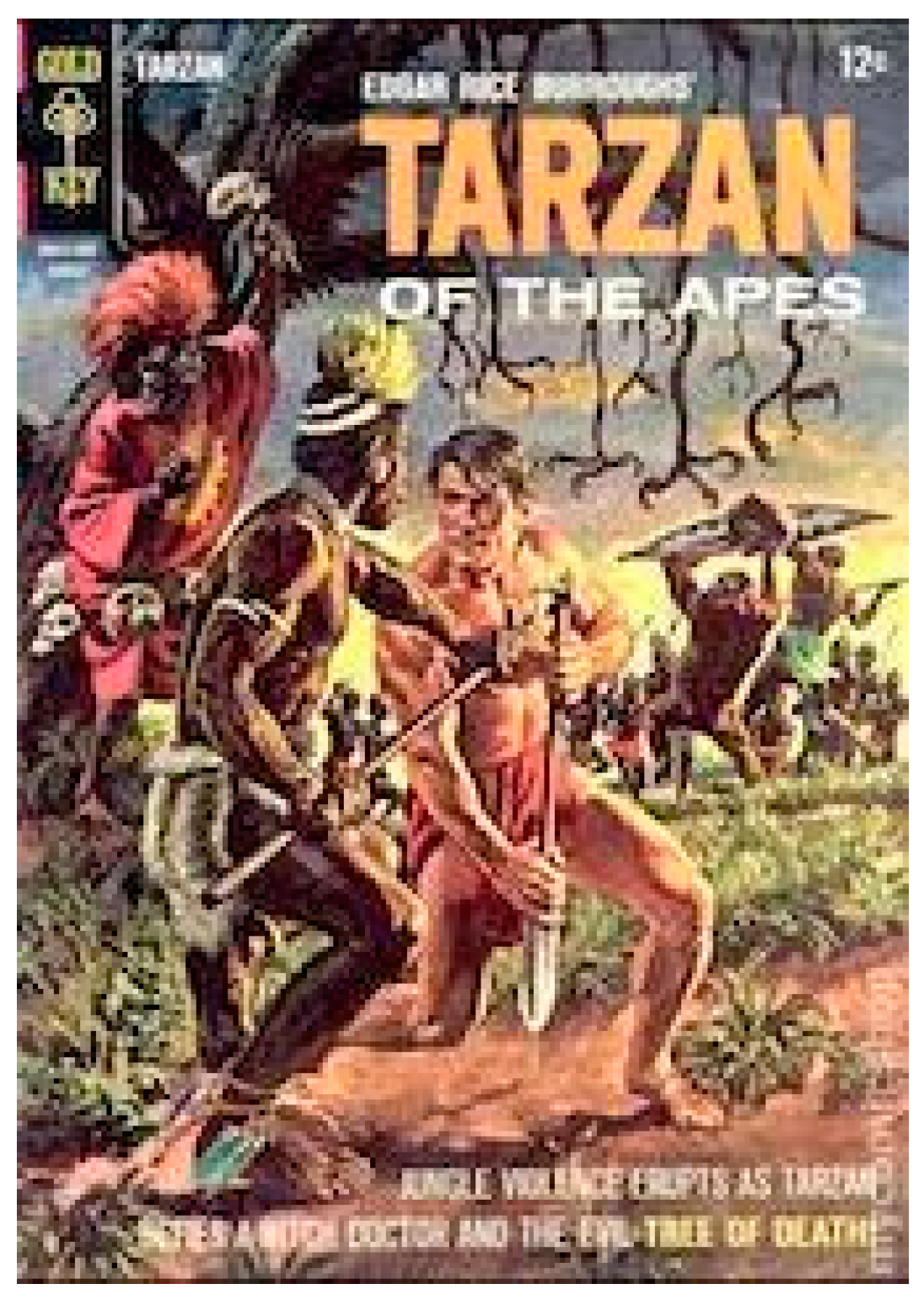 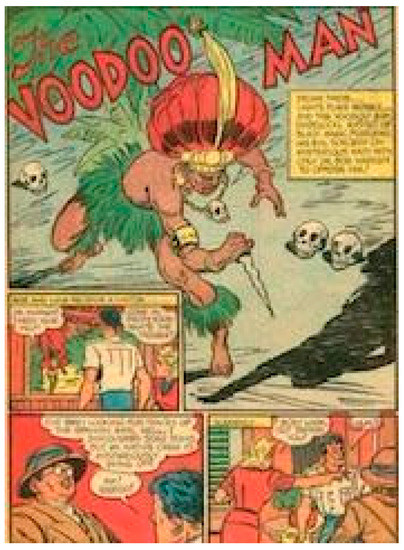 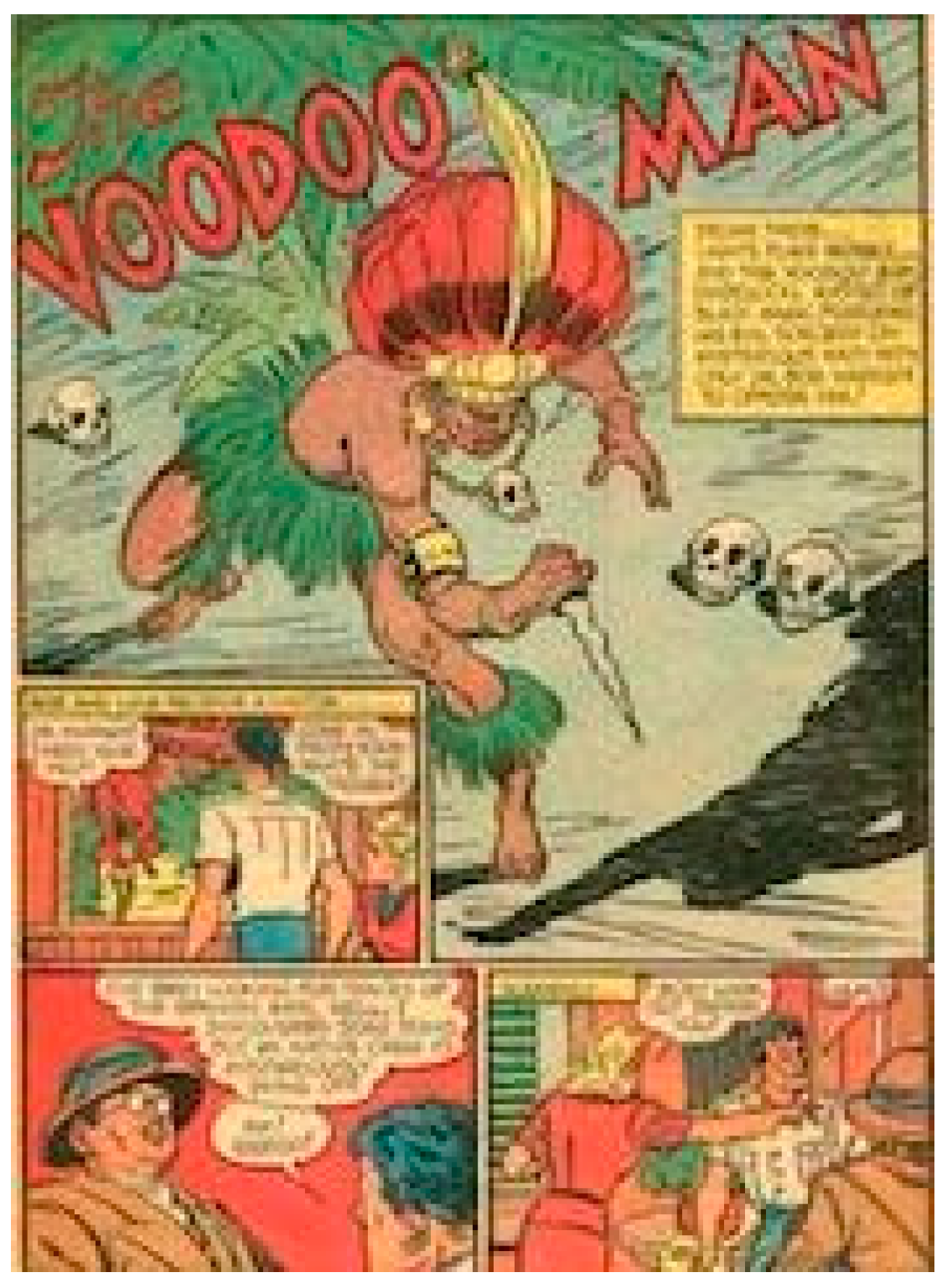 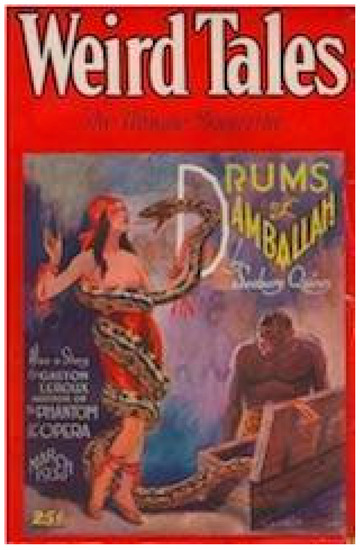 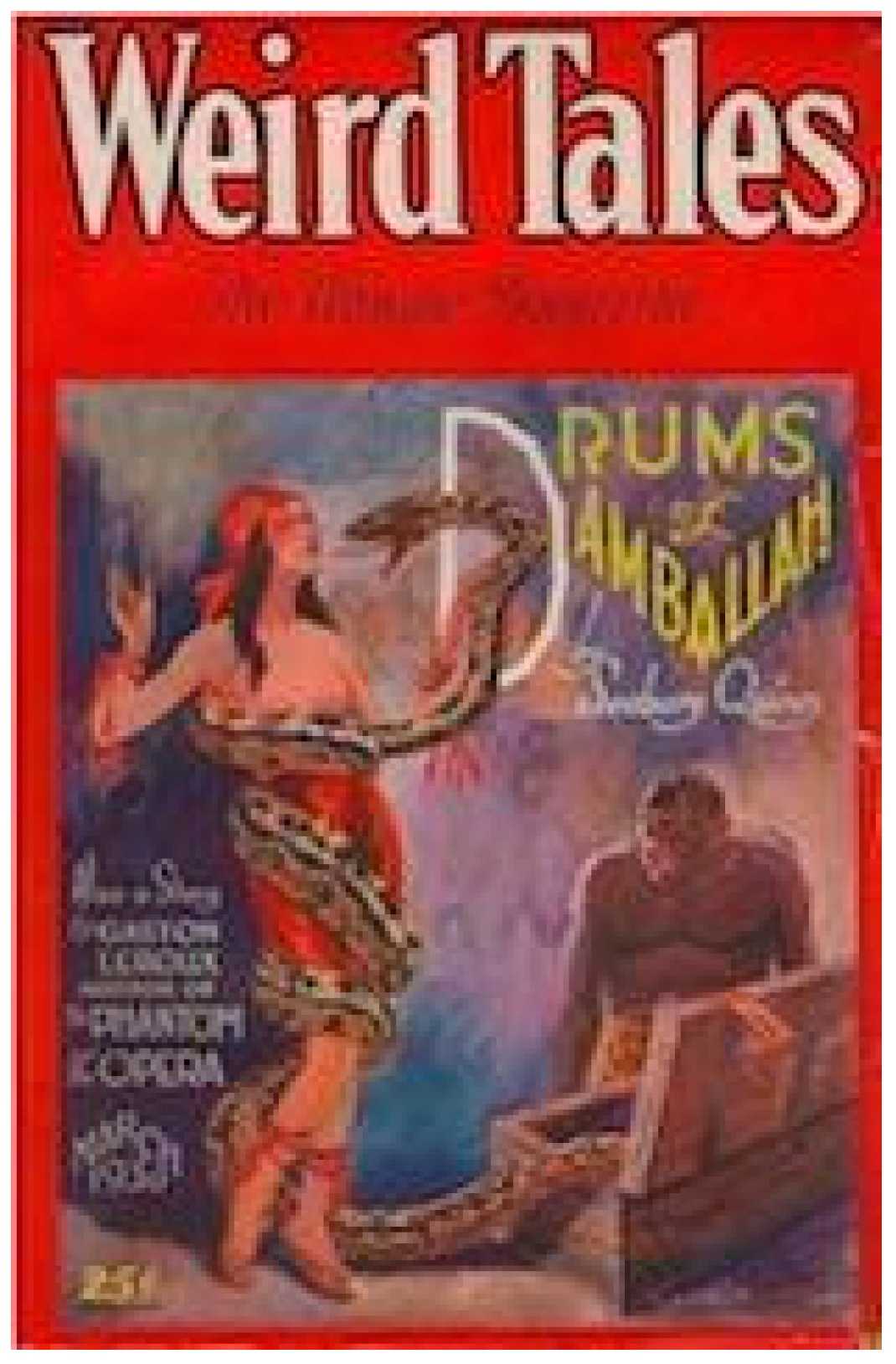 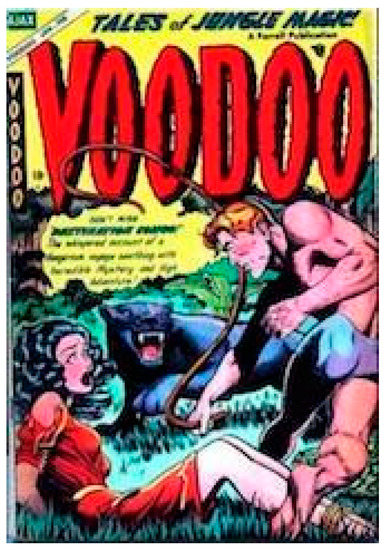 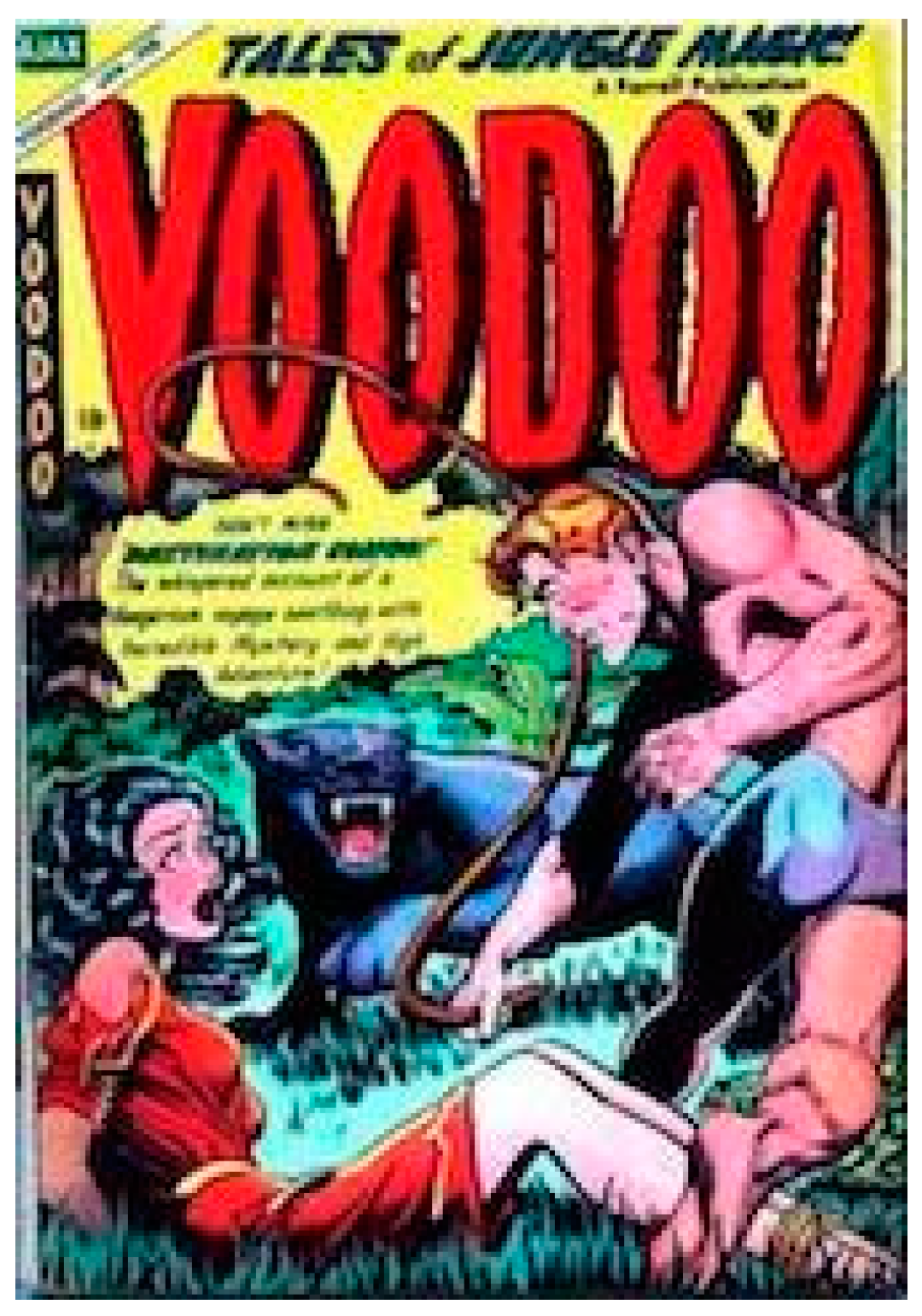 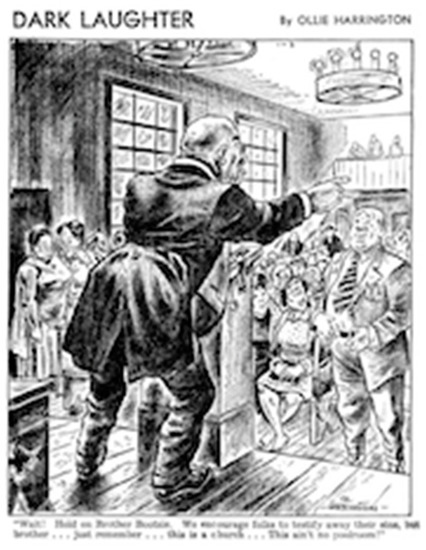 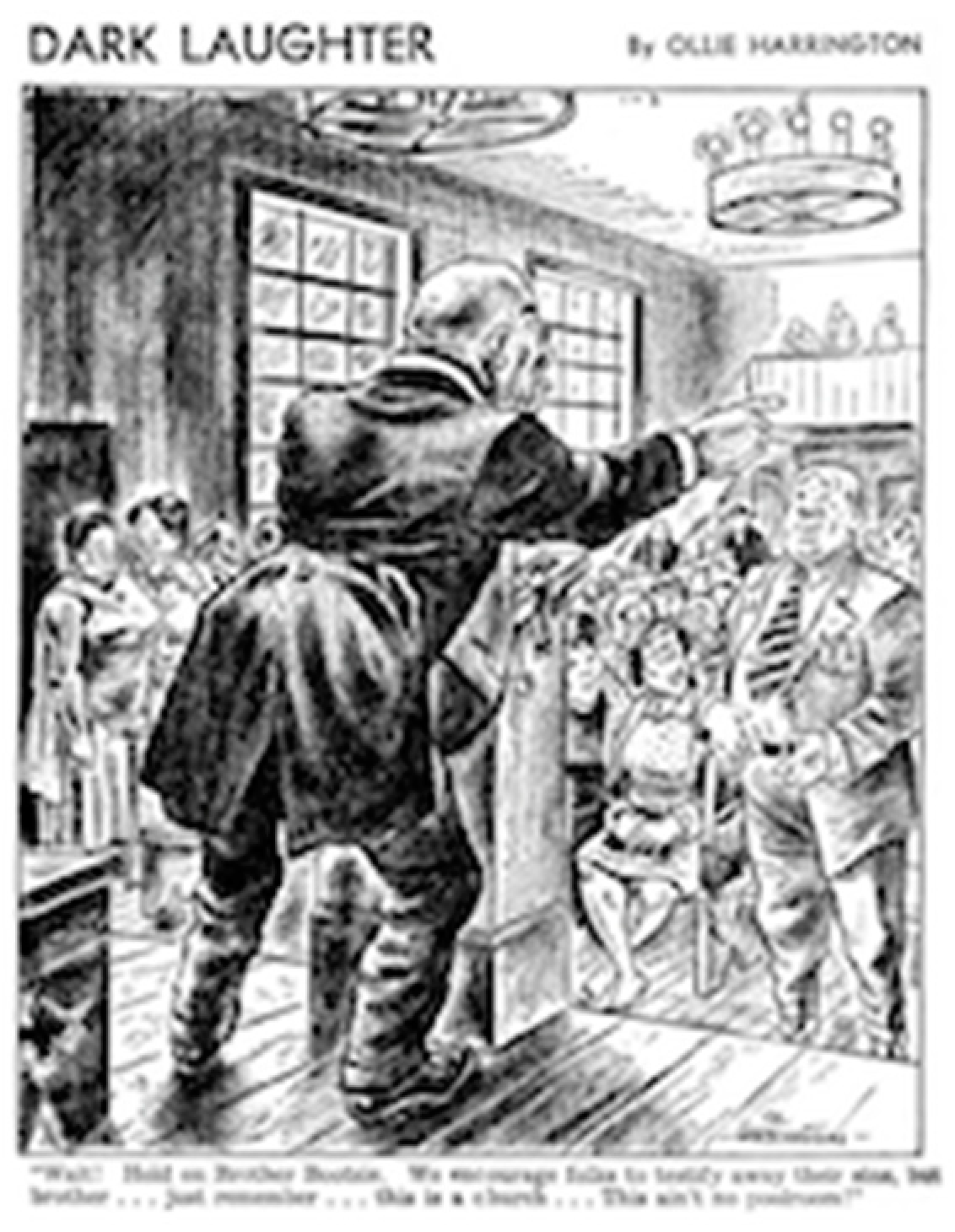 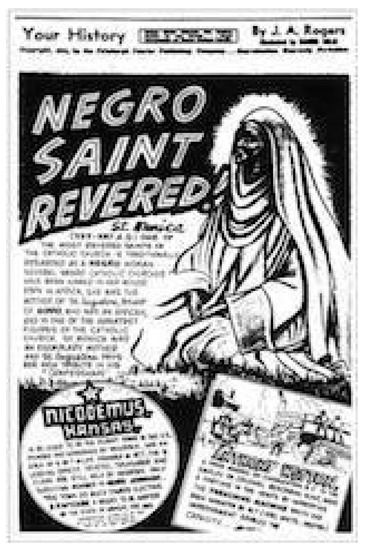 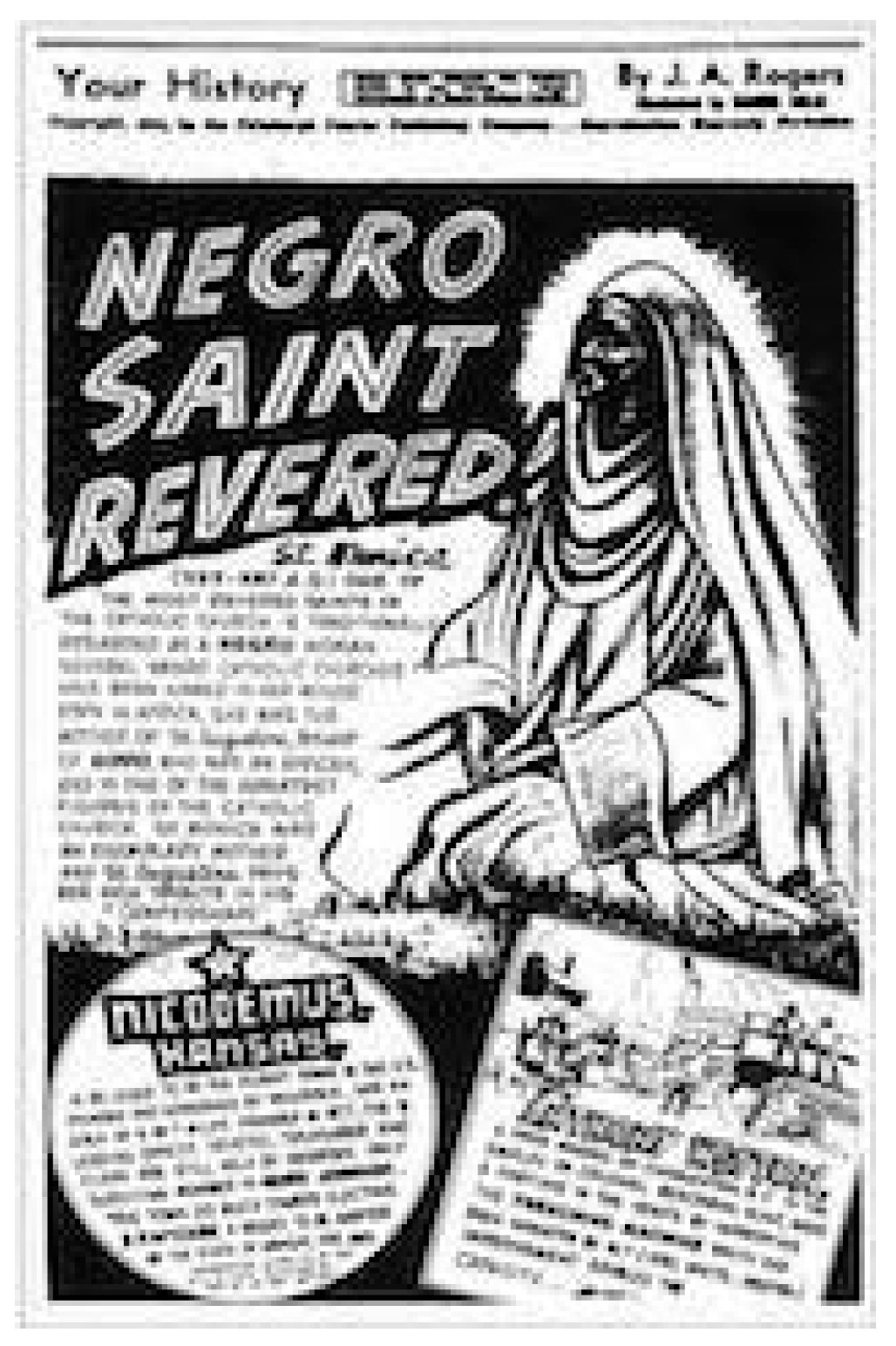 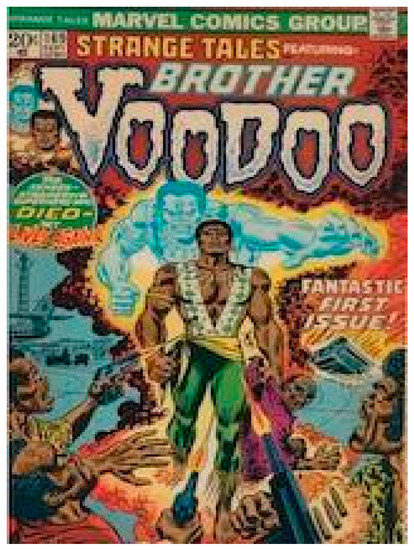 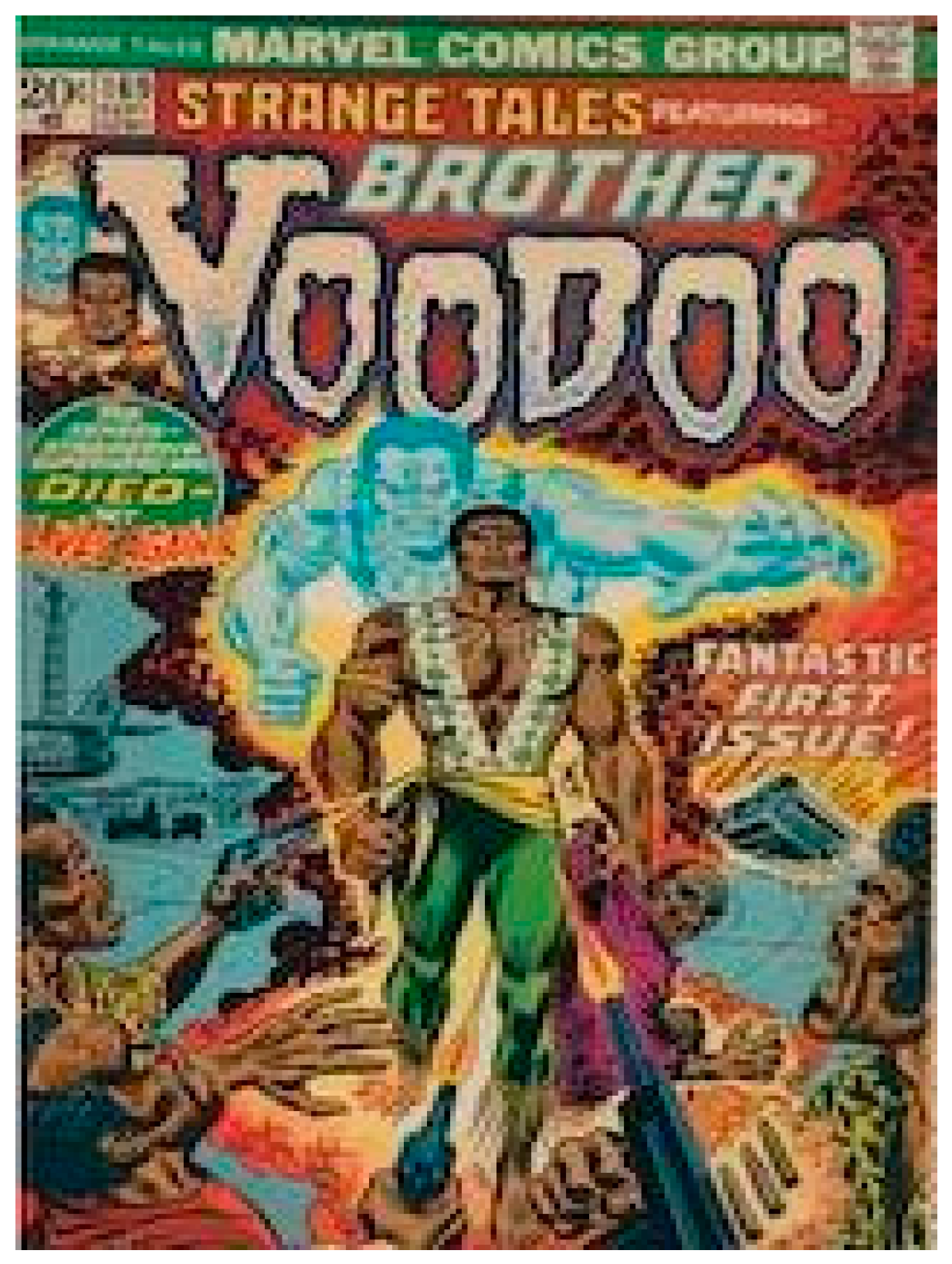 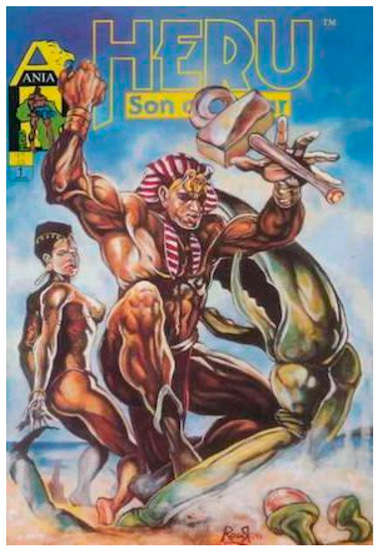 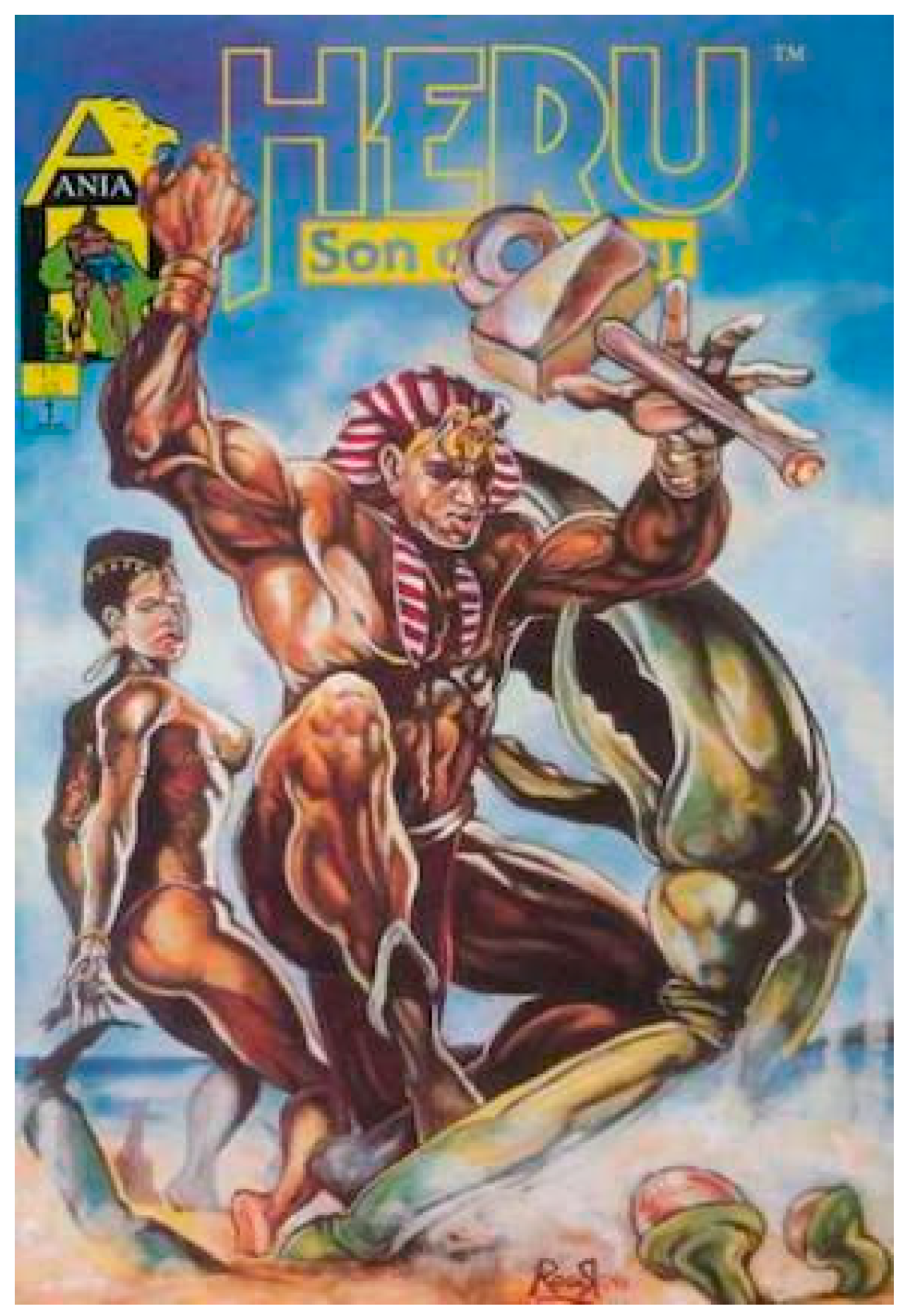