Goats are important contributors to both food and financial security of the resource poor, particularly in marginal environments such as those in the Mediterranean region. To fully understand the feasibility and potential consequences of any intensification or husbandry changes that could contribute to higher outputs, it is important to have a thorough prior understanding of the functional dynamics of these systems. Here the current performance of ten goat holdings in the northern region of Morocco, classified as either commercial milk producers, commercial cheese producers or non-commercial dairy producers, was recorded, based on the Food and Agricultural Organisation and International Centre for Advanced Mediterranean Agronomic Studies (FAO-CIHEAM) technical and economic indicators, to assess whether intensification of dairy production was financially viable. Fecundity and prolificacy rates were comparatively lower than those achieved by many European Mediterranean herds. Both kid and doe mortality were higher on commercial dairy holdings, where dairy sales provided an additional, rather than alternative, source of income to goat sales. Despite this, due to significantly higher expenditure on supplementary feed, gross margin per doe did not differ significantly between holding types. With the exception of indigenous Greek herds, all European Mediterranean herds outperform those of northern Morocco. The study suggests that a low level of supplementary feeding is constraining goat dairy production in northern Morocco, and that the current high cost and limited availability of additional supplementary feed restricts the financial viability of intensification. Alternative feeding strategies within a participatory approach that might ameliorate these problems, and value chain constraints, are discussed. View Full-Text
Keywords: goats; bio-economics; marginal environments; Morocco; Mediterranean goats; bio-economics; marginal environments; Morocco; Mediterranean
►▼ Show Figures 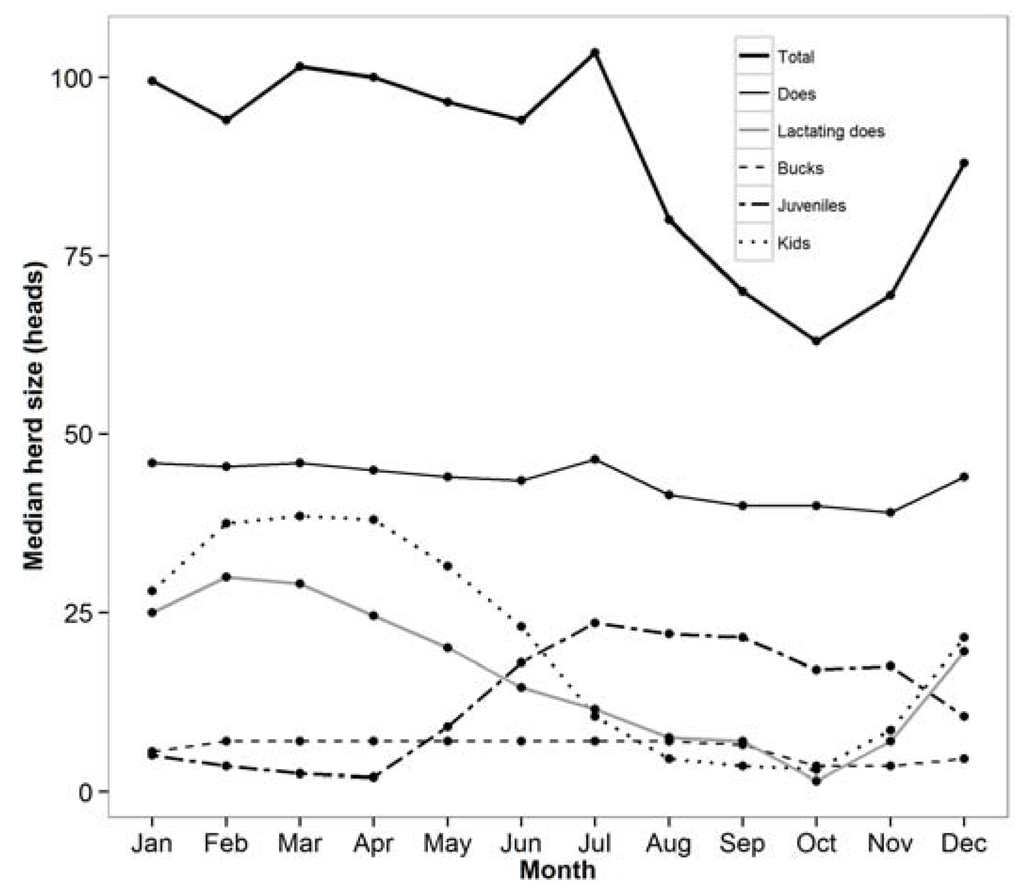