Being Born in Winter–Spring and at Around the Time of an Influenza Pandemic Are Risk Factors for the Development of Schizophrenia: The Apna Study in Navarre, Spain

Schizophrenia is a neurodevelopmental disorder of complex etiopathogenesis involving genetic predispositions and processes based on acquired characteristics deriving from environmental factors [1,2,3].
The search for environmental factors implicated in the pathogenesis of schizophrenia gave rise to retrospective studies exploring the circumstances surrounding the gestation and birth of patients with the disease. Observational studies fed the suspicion that the season of birth was a risk factor for developing the illness [4,5,6]. However, the published results of studies are heterogeneous in view of different latitudes and socioeconomic settings [7,8,9,10,11,12,13,14].
Another environmental factor that has been implicated in the pathogenesis of schizophrenia is the exposure of the subject’s mother to infectious agents during pregnancy [15,16,17]. The relevance of infection by the influenza virus, which causes recurrent world pandemics, is in dispute [18,19]. Studies in experimental models support the implication that the influenza virus can cause embryonic neurodevelopment damage during pregnancy, such as that described for embryos that later develop schizophrenia [1,20,21]. The results of epidemiological studies of the association between schizophrenia and actual infection or possible infection (for example, if gestation occurred during a documented influenza pandemic) are contradictory. For instance, some authors have found that influenza (H1N1) infection during the first trimester of pregnancy was associated with schizophrenia [22], while other authors have found no such association [23,24,25].
One way to resolve the controversy over the role of environmental factors during gestation on the subsequent development of schizophrenia is to conduct large-population epidemiological studies, comparing schizophrenic subjects with those without the disease [26]. If such studies are carried out in populations where everyone has easy access to recognized high-quality health care, the data obtained allows for more precise and consistent results.
The objective of the current study is to analyze, in a large cohort from the north of Spain, the relationship between the prevalence of schizophrenia and the following two factors: (a) season of birth and (b) gestation during a period of an influenza pandemic. The population studied represents a European-Mediterranean population in which citizens have a long life expectancy and easy access to a high-quality health care system.

A cross-sectional observational study was carried out in a population of 470,942 people over 18 years old in the autonomous community of Navarre (northern Spain). This population is included in a prospective cohort of the Navarre primary health care system (APNA). The cohort was established in 2004; it initially comprised everybody assigned to primary health care at seven primary health centers in the region. In 2012, the cohort was expanded to the whole population of Navarra. The entire population’s health care data since 2004 were incorporated into the database. People enter the cohort at 18 years old. They leave the cohort when they die or emigrate. The data analyzed in this study are cross-sectional from 2012 [27,28,29,30].
The cohort database includes data on the birth date and sex of each person. For the current study, patients with schizophrenia were identified in the database by means of a previous diagnosis of the illness made by Navarre health service doctors specialized in psychiatry. Diagnoses were made based on ICD-10. For the study, subjects who had not been diagnosed with schizophrenia were considered free from the illness.
The season of birth was categorized into summer–autumn (from the beginning of June until the end of November) or winter–spring (from the beginning of December to May). We chose this categorization because previous studies have found that being born in the winter or spring is associated with a higher risk of schizophrenia [4,5,8,31]. In addition, we analyzed the relevance of the season of birth, dividing subjects into the four categories corresponding to each of the four seasons: summer (June, July, August), autumn (September, October, November), winter (December, January, February), and spring (March, April, and May); the subjects analyzed were also grouped by month of birth.
The relevance of exposure to the influenza virus during gestation was studied by grouping subjects according to whether their birth dates occurred within or around periods of influenza pandemics in the second half of the 20th century. The years identified were 1957, 1968, and 1977. The dates for these groups were from January of the year of the pandemic (as given above) until December of the subsequent year. Note that because the cohort only includes people over 18 years of age, data for patients born during the influenza A subtype H1N1 outbreak of 2009 were not eligible.

Univariate tests were used for the comparison of groups in the descriptive analysis of the sample. Variables studied were age, sex, diagnosis of schizophrenia, the season of birth, and birth during (or gestation around the time of) an influenza pandemic. Univariate tests were applied to all the possible combinations of the above variables.
Using the Directed Acyclic Graphic (DAG) (Figure 1) [32], we studied the relationship of birth in an influenza pandemic year with schizophrenia prevalence. We detected the following as potential confounding factors: season of birth, age, and sex.
To better study interactions between possible risk factors, multivariate logistic regression was used to analyze differences in the prevalence of schizophrenia for the variables mentioned above. Results were expressed as absolute values and prevalence odds ratios (OR) with 95% confidence intervals. Directed Acyclic Graph (DAG) was computed with DAGitty version 3.0 [32]. Data were analyzed using IBM SPSS Statistics version 20.

Figure 2 shows the population’s age structure, and Table 1 provides socio-demographic data on the population sample. Out of 470,942 subjects, 2077 had been previously diagnosed with schizophrenia, which is a prevalence of 0.44%. The whole population was divided into the following age groups: individuals up to thirty years old; followed by those between 30 and 100, grouped by decades; and finally, those over 100 years old.
The prevalence of schizophrenia by age group and sex is shown in Table 2. The crude prevalence odds ratios and the adjusted odds ratios determined by logistic regression are given in Table 3. Both crude and adjusted odds ratios indicate a significant increase in the prevalence of schizophrenia in males relative to that in females (OR = 1.516, 95% CI: 1.388–1.655) (in older subjects, the relationship is less marked), in persons born in winter–spring relative to those born in summer–autumn (OR = 1.112, 95% CI: 1.020–1.212), and in subjects born during (or the year after) years of an influenza pandemic relative to subjects born in non-pandemic years (OR = 1.349, 95% CI = 1.208–1.507). The latter relationship held true for each pandemic studied independently of the others, with ORs of 1.476 (95% CI: 1.244–1.750) for the 1957–1959 pandemic, 1.261 (95% CI: 1.060–1.493) for the 1968–1970 pandemic, and 1.280 (95% CI: 1072–1528) for the 1977–1978 pandemic. There were no findings that revealed an interaction between the variables studied. No statistically significant associations were found between schizophrenia and either individual month of birth or individual season of birth.

This research was funded by grants from The Institute of Health Carlos III (ISCIII).

The APNA study received approvals from the Spanish Agency for Medicines and Health Products of the Ministry of Health, Social Services, and Equality under code ABL-MET-2013-01 on 9 December 2013 and from the Clinical Research Ethics Committee of the Government of Navarra. (CEIC) number 3/2014 on 26 March 2014 and number 83/2014 on 30 September 2014.

The datasets generated for this study are not available due to the data protection law.

We thank those responsible for the Navarre primary health care study (APNA) for their help and for allowing us to work with their data. We also thank our co-workers in our respective departments for their support in this and other projects. 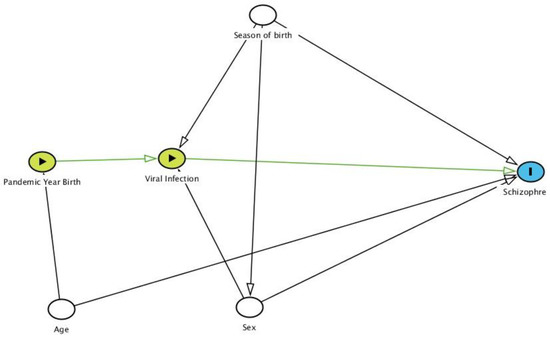 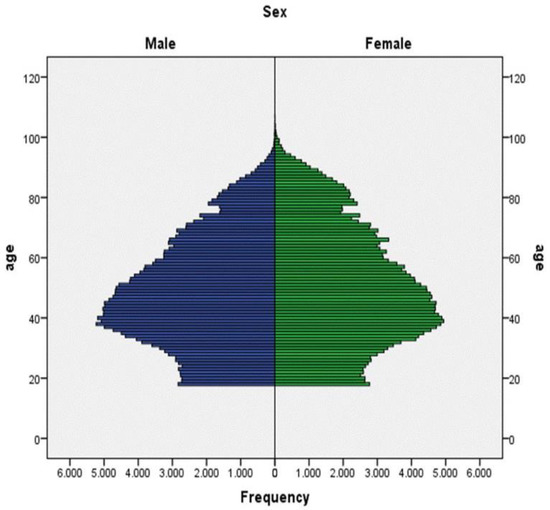 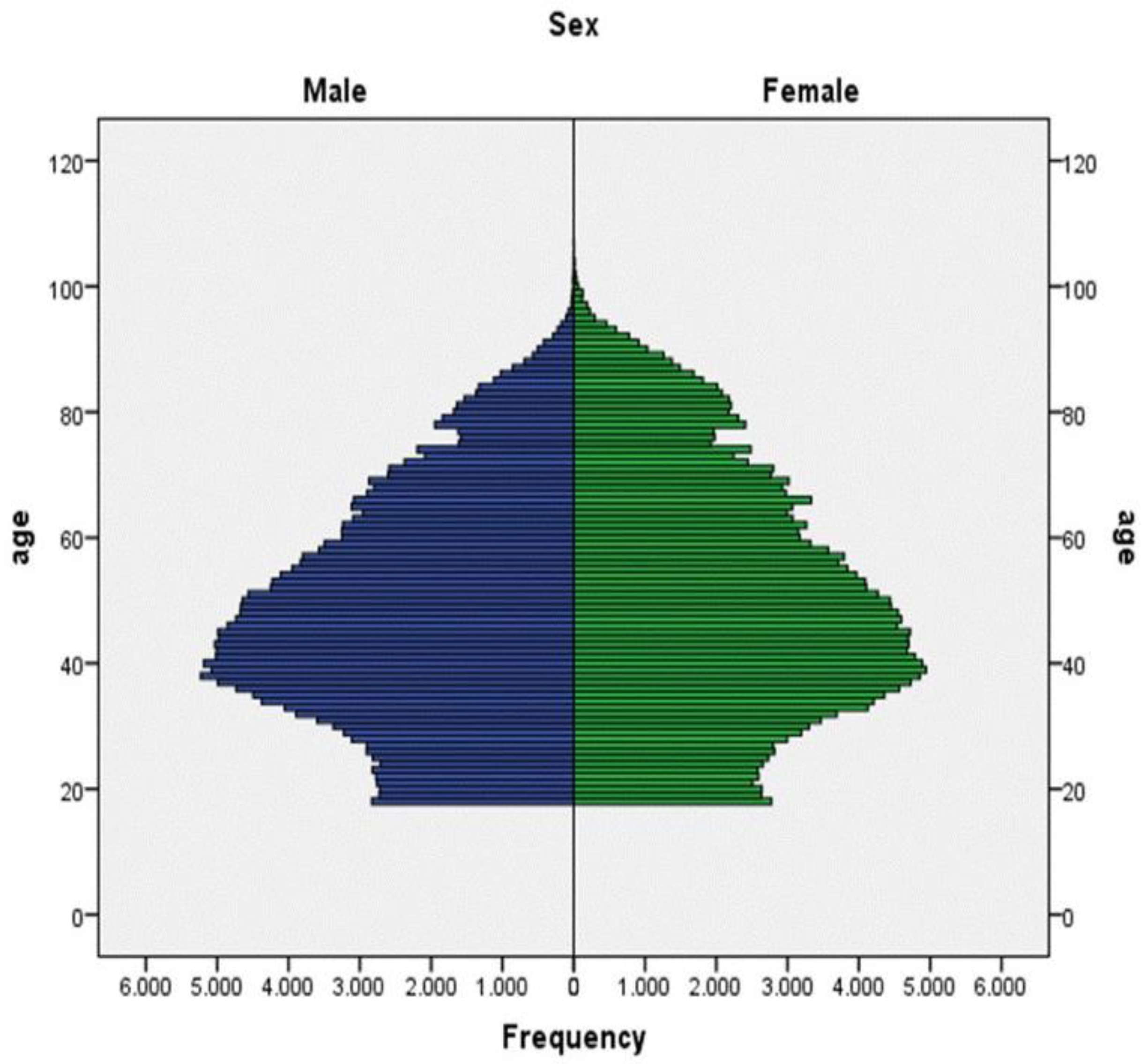