Polymeric micelles with a controlled size in the range between 41 and 80 nm were prepared by injecting the organic phase through a microengineered nickel membrane or a tapered-end glass capillary into an aqueous phase. The organic phase was composed of 1 mg·mL−1 of PEG-b-PCL diblock copolymers with variable molecular weights, dissolved in tetrahydrofuran (THF) or acetone. The pore size of the membrane was 20 μm and the aqueous/organic phase volumetric flow rate ratio ranged from 1.5 to 10. Block copolymers were successfully synthesized with Mn ranging from ~9700 to 16,000 g·mol−1 and polymeric micelles were successfully produced from both devices. Micelles produced from the membrane device were smaller than those produced from the microfluidic device, due to the much smaller pore size compared with the orifice size in a co-flow device. The micelles were found to be relatively stable in terms of their size with an initial decrease in size attributed to evaporation of residual solvent rather than their structural disintegration. Fluconazole was loaded into the cores of micelles by injecting the organic phase composed of 0.5–2.5 mg·mL−1 fluconazole and 1.5 mg·mL−1 copolymer. The size of the drug-loaded micelles was found to be significantly larger than the size of empty micelles. View Full-Text
Keywords: polymeric micelles; microfluidic co-flow; membrane contactor; fluconazole; drug-loaded micelles; diblock copolymers polymeric micelles; microfluidic co-flow; membrane contactor; fluconazole; drug-loaded micelles; diblock copolymers
►▼ Show Figures 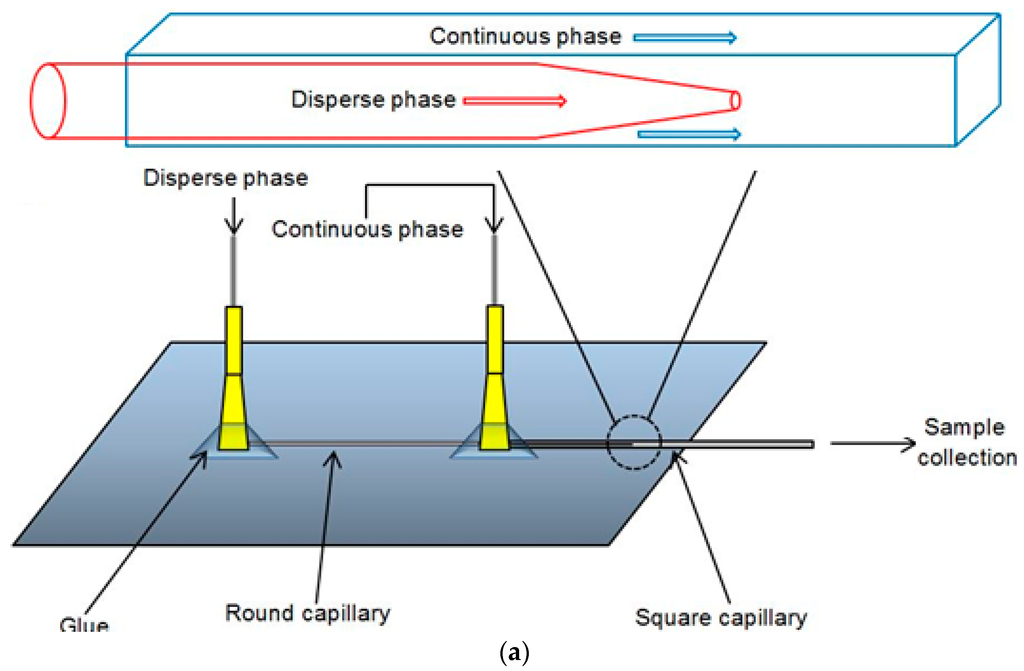