Epidemiology of Respiratory Syncytial Virus-Related Hospitalization Over a 5-Year Period in Italy: Evaluation of Seasonality and Age Distribution Before Vaccine Introduction
Previous Article in Journal

An Internet-Based Survey of Influenza Vaccination Coverage in Healthcare Workers in China, 2018/2019 Season

We performed a systematic literature review of studies assessing the safety of vaccine co-administrations in children in line with Preferred Reporting Items for Systematic Reviews and Meta-Analyses (PRISMA) guidelines. Our search strategy aimed to retrieve studies in the pediatric population, who received more than one vaccine at the same time for which adverse outcomes were reported. We searched Pubmed (including Medline), Embase, and the Cochrane library for articles in English, published between 1999 and 2019 to cover vaccines and co-administrations relevant to actual immunization practices, combining the following keywords:
This translated in the following search string for Pubmed: “(Infant OR child OR adolescent OR newborn OR minors [MeSH terms]) AND (vaccination OR vaccines OR immunization OR immunization schedule OR immunization OR immunization, secondary/trends OR mass vaccination/trends OR vaccines/administration and dosage OR vaccines/pharmacology [MeSH terms]) AND ((safety drug-related side effects OR adverse reactions OR adverse effects OR vaccination/adverse effects OR vaccines/complications OR vaccines/adverse effects [MeSH terms]) OR safety) AND (co-administration OR co-administered OR concomitant administration OR simultaneous administration)”. The most recent search was performed on 28 January 2019. We screened the included articles’ reference lists for additional articles. Full text articles were obtained through the University of Basel’s library and references were managed using Zotero [7].
Articles were eligible when study participants were under 18 years of age or the study population included both under and over 18 year olds, co-administration of at least two vaccines was indicated in the title and/or abstract, and safety data were reported. After removing duplicates, the following data was collected from the included articles by three independent reviewers (J.B. (Jorgen Bauwens), L.-H.S., A.R.). Study population: Minimum and maximum age of children included, sample size, selected inclusion and exclusion criteria applied (i.e., subpopulations, conditions leading to exclusion). Intervention: Vaccines co-administered and comparator vaccines. Outcome: All AEFIs observed, reported differences in AEFI between co-administration and comparator groups (i.e., statistically significantly more or fewer AEFI, more or fewer AEFI without statistical assessment). Study characteristics: Study design, countries, statistics reported to assess differences in AEFI, potential sources of bias. Coding, completeness, and consistency of variables in the data extraction forms were checked among the reviewers and data were compiled in a structured database.
The safety assessment was limited to studies comparing co-administered vaccines with the same vaccines administered separately. Studies where the comparator group did not receive exactly the same vaccines separately as the vaccines co-administered were excluded. For studies comparing co-administration with separate administration of the same vaccines, the collected data was analyzed to obtain the following summary measures: Vaccines investigated in co-administration versus separate administration of the same vaccines and their frequencies of occurrence among the included studies; frequencies of study designs used to assess co-administration versus separate administration; minimum, maximum, and mean sample sizes of the included studies by study design; minimum and maximum ages of children in the included studies; number of studies per country; number of studies with statistically more or statistically fewer AEFI between both groups, number of studies with more or fewer AEFI between both groups without statistical assessment provided; AEFI that were reported statistically significantly more or less between both study groups; use of statistical measures in the included studies; occurrence of potential sources of bias including health status of the study population, exclusion of children with known previous reaction or allergies to vaccines or vaccine components; and method for reporting and collecting AEFIs. Analyses were performed in R [8].

The median sample size of the 50 studies comparing co-administration with separate administration of the same vaccines was 726 (interquartile range (IQR) 328-1199). Forty-five (90%) of these studies were randomized clinical trials with a sample size between 64 and 2648 children. One case-control study included 590 children. One prospective observational study had a study size of 530 children and one retrospective observational study included 36,844 children. One study used surveillance data covering 128,197 vaccinations and one study used case reports from 883 children. Table 1 lists the sample sizes of these trials by phase. The minimum ages of children enrolled in the studies varied between birth and 16 years (median 1 year) and the maximum ages of the enrolled study population varied between 7 weeks and 49 years (median 23 months). Seven studies (14%) also included persons over 18 years whose data were deemed relevant for assessing the safety of co-administration and were therefore included in our analysis. Figure 3 shows the geographic distribution of these studies and highlights that studies were particularly conducted in the US and Europe.
Only healthy children were enrolled in 37 (74%) studies and 20 studies (40%) excluded children with known allergies or hypersensitivity to vaccines or vaccine components. In 37 (74%) studies, the safety data relied on parental self-reporting of AEFI. 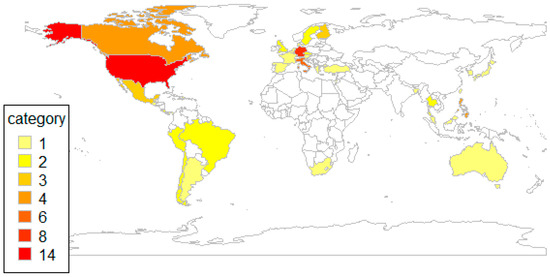 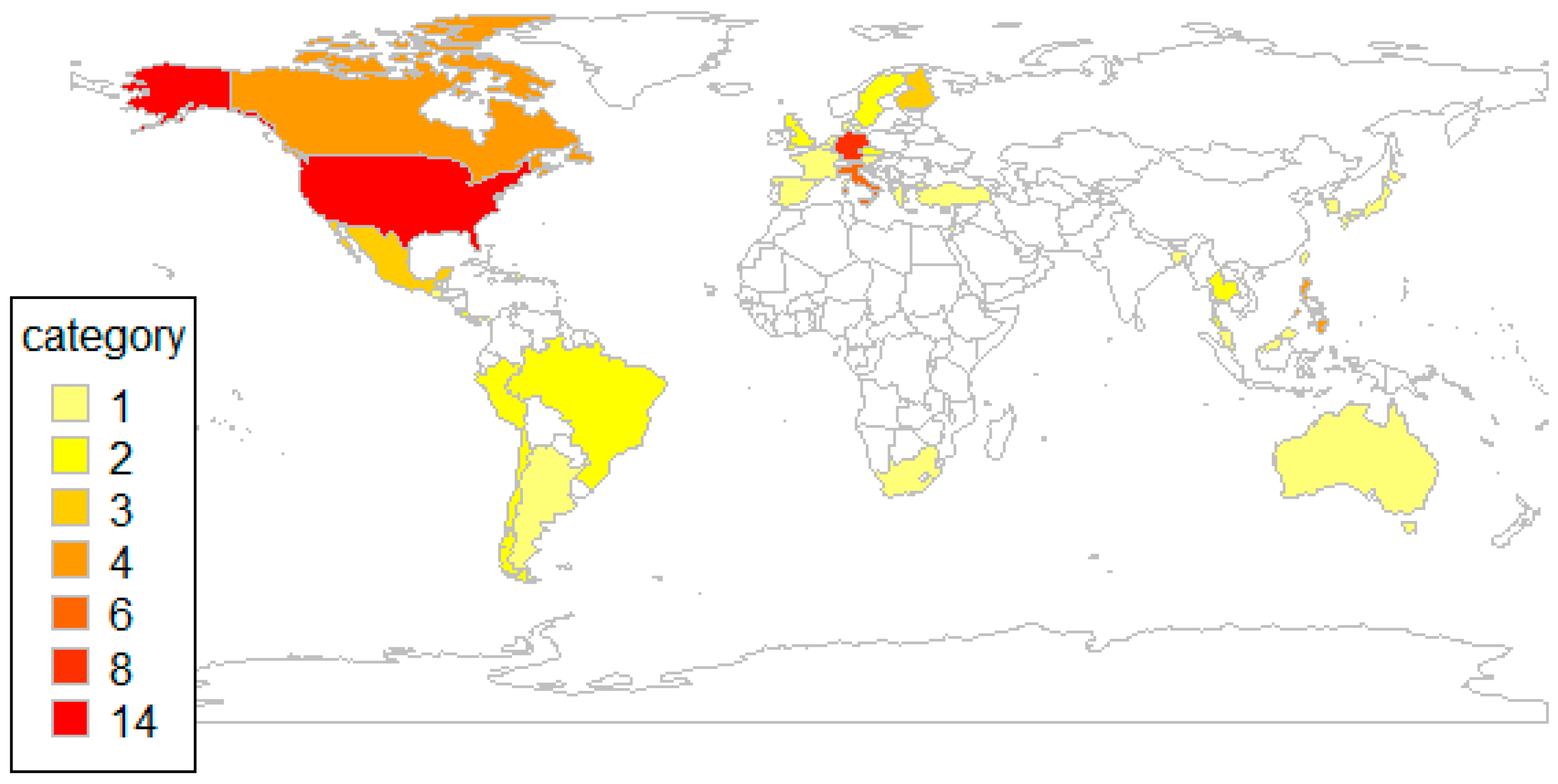