Disentangling the Neural Basis of Cognitive Behavioral Therapy in Psychiatric Disorders: A Focus on Depression
Previous Article in Special Issue

Following traumatic brain injuries (TBI), insulin-like growth factor (IGF) is cortically widely upregulated. This upregulation has a potential role in the recovery of neuronal tissue, plasticity, and neurotrophic activity, though the molecular mechanisms involved in IGF regulation and the exact role of IGF after TBI remain unclear. Vitronectin (VN), an extracellular matrix (ECM) molecule, has recently been shown to be of importance for IGF-mediated cellular growth and migration. Since VN is downregulated after TBI, we hypothesized that insufficient VN levels after TBI impairs the potential beneficial activity of IGF. To test if vitronectin and IGF-1/IGFBP-2 could contribute to neurite growth, we cultured hippocampal neurons on ± vitronectin-coated coverslips and them treated with ± IGF-1/IGF binding protein 2 (IGFBP-2). Under same conditions, cell cultures were also subjected to in vitro trauma to investigate differences in the posttraumatic regenerative capacity with ± vitronectin-coated coverslips and with ± IGF-1/IGFBP-2 treatment. In both the control and trauma situations, hippocampal neurons showed a stronger growth pattern on vitronectin than on the control substrate. Surprisingly, the addition of IGF-1/IGFBP-2 showed a decrease in neurite growth. Since neurite growth was measured as the number of neurites per area, we hypothesized that IGF-1/IGFBP-2 contributes to the polarization of neurons and thus induced a less dense neurite network after IGF-1/IGFBP-2 treatment. This hypothesis could not be confirmed and we therefore conclude that vitronectin has a positive effect on neurite growth in vitro both under normal conditions and after trauma, but that addition of IGF-1/IGFBP-2 does not have a positive additive effect. View Full-Text
Keywords: IGF-1; IGFBP-2; vitronectin; in vitro trauma; regeneration; hippocampal neuron IGF-1; IGFBP-2; vitronectin; in vitro trauma; regeneration; hippocampal neuron
►▼ Show Figures 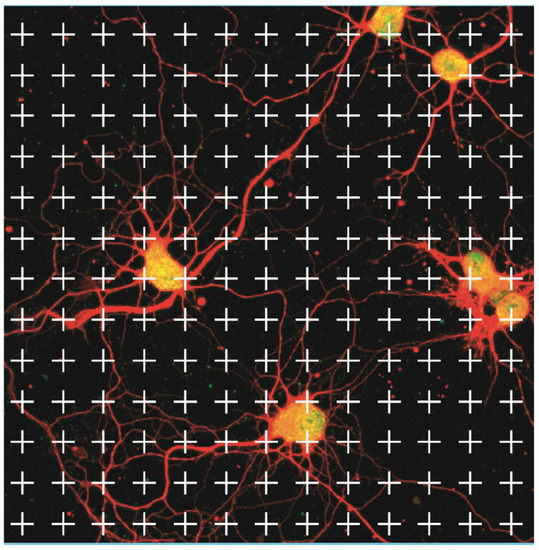