Sixteen right-handed Boston College students who had normal or corrected-to-normal vision and were native English speakers participated in the study (12 females, age range 22–28 years). The Boston College Institutional Review Board approved the protocol (identification code: 10.008, initial approval date: 9 December 2009) and informed consent was obtained prior to the behavioral training session. Each participant was compensated $10 for the behavioral training session and $25 per hour for the fMRI session. The results of the current study are an extension of our recent fMRI study [13] (the same participants, paradigm, and analysis protocol was employed, but the present correlation analysis was independent of the previous analysis).

Participants completed a behavioral training session, which included a one-quarter length run and a full-length run, and seven to eight full-length runs during the fMRI session. During the study phase of each full-length run, 32 abstract shapes spanning 6.7° of visual angle were presented with their nearest edge 3.6° of visual angle from a central fixation cross (Figure 1, left; for information on shape construction, see [5]). Each shape was displayed for 2.5 s followed by a 0.5 s fixation period. An equal number of shapes were presented in the left and right visual fields. Participants were instructed to remember each shape and its spatial location while maintaining fixation. Shape sets were presented three times, with each shape set randomized and presented sequentially.
Before each test phase, an instruction screen was displayed for 8 s followed by a 2 s fixation period. During the test phase of each full-length run, the 32 shapes from encoding were presented in a random order at fixation for 3.0 s followed by a confidence rating reminder screen for 2.5 s and a fixation period of 0.5 to 4.5 s (Figure 1, right). Participants responded by pressing buttons with the fingers of their left hand to classify each shape as previously presented in the “left” or “right” visual field followed by a subsequent “unsure”–“sure”–“very sure” confidence rating. No more than three shapes of a given type were sequentially presented in the study phase or the test phase, shapes were never repeated across runs, and shape location (i.e., left and right) was counterbalanced across participants using a Latin square design. 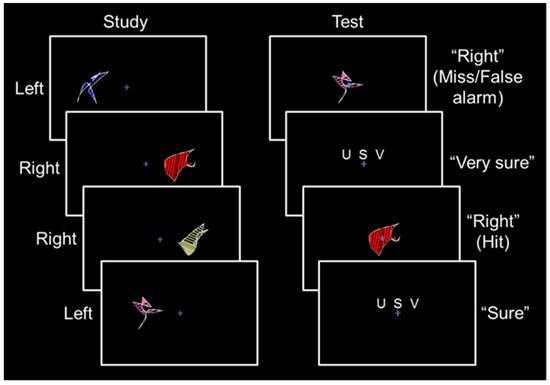 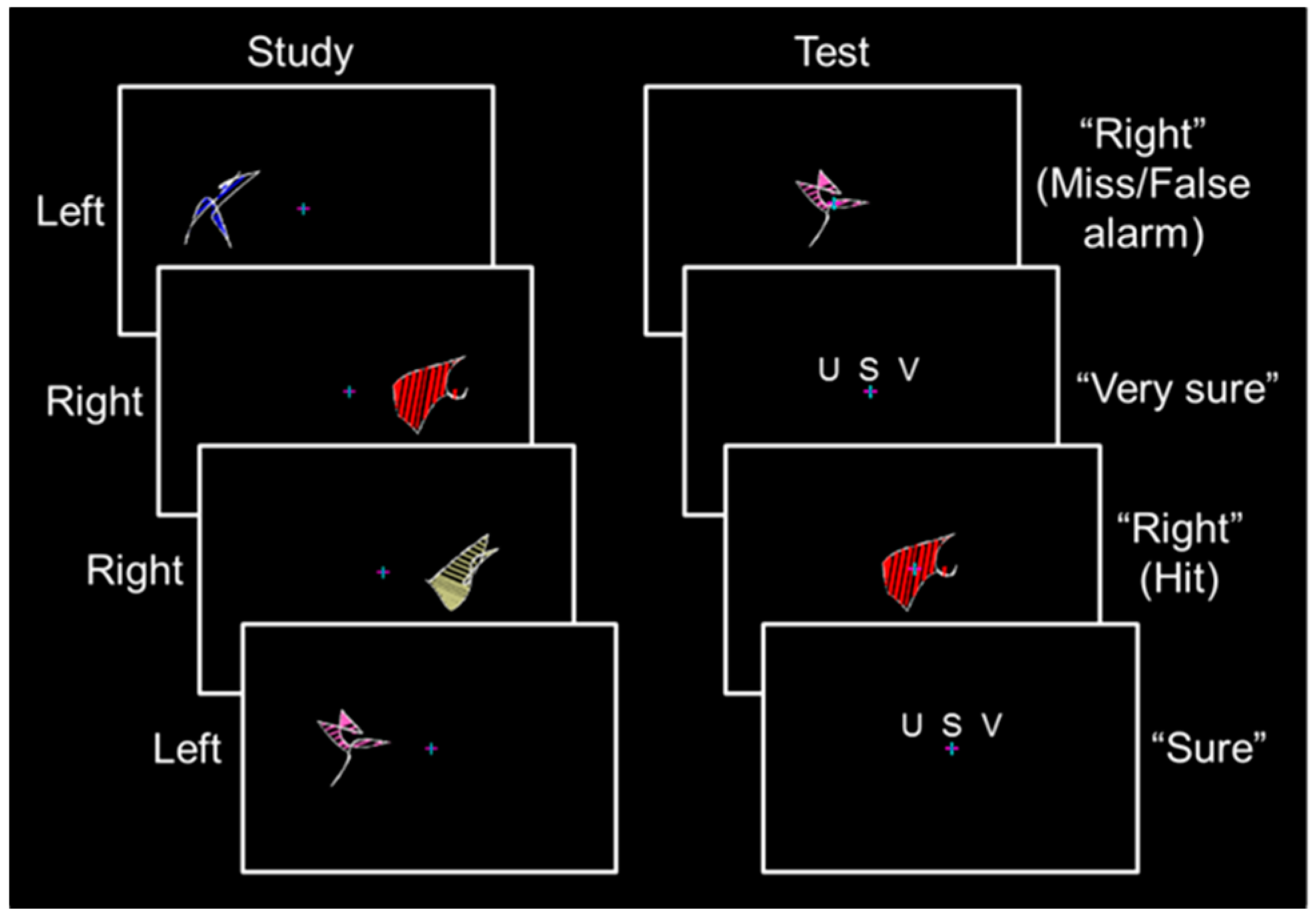 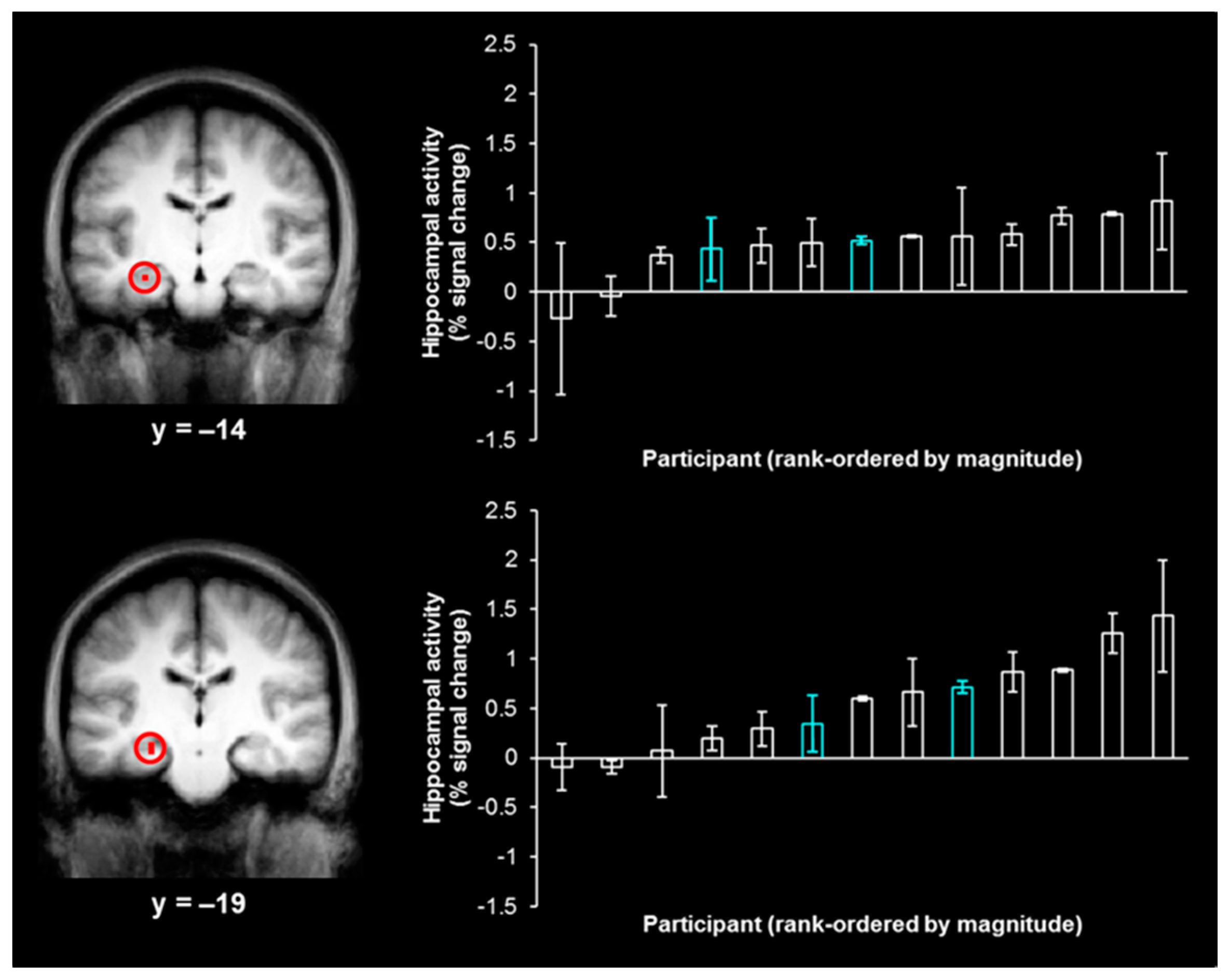