The second most common form of Charcot-Marie-Tooth disease (CMT) follows an X-linked dominant inheritance pattern (CMTX1), referring to mutations in the gap junction protein beta 1 gene (GJB1) that affect connexin 32 protein (Cx32) and its ability to form gap junctions in the myelin sheath of peripheral nerves. Despite the advances of next-generation sequencing (NGS), attention has only recently also focused on noncoding regions. We describe two unrelated families with a c.-17+1G>T transversion in the 5′ untranslated region (UTR) of GJB1 that cosegregates with typical features of CMTX1. As suggested by in silico analysis, the mutation affects the regulatory sequence that controls the proper splicing of the intron in the corresponding mRNA. The retention of the intron is also associated with reduced levels of the transcript and the loss of immunofluorescent staining for Cx32 in the nerve biopsy, thus supporting the hypothesis of mRNA instability as a pathogenic mechanism in these families. Therefore, our report corroborates the role of 5′ UTR of GJB1 in the pathogenesis of CMTX1 and emphasizes the need to include this region in routine GJB1 screening, as well as in NGS panels.
Keywords: Charcot-Marie-Tooth; CMT; X-linked Charcot-Marie-Tooth (CMTX1); Connexin 32; GJB1; 5′ UTR; noncoding; splicing Charcot-Marie-Tooth; CMT; X-linked Charcot-Marie-Tooth (CMTX1); Connexin 32; GJB1; 5′ UTR; noncoding; splicing

Charcot-Marie-Tooth disease (CMT) refers to the most frequent group of hereditary neuropathies, encompassing a wide range of genetic, clinical, neurophysiological and pathological features. Despite significant genetic heterogeneity, most known mutations involve four genes (PMP22, GJB1, MFN2 and MPZ) [1,2], but, until recently, molecular diagnosis was hampered by a costly and gruelling search for those main causative genes by multiplex ligation-dependent probe amplification (MLPA) and conventional Sanger sequencing using a candidate-gene approach. Indeed, the advent of next-generation sequencing (NGS) techniques paved the way for a broader screening of the patients and for the discovery of rarer variants, thus providing a higher likelihood of identification. Notwithstanding this considerable progress, assuming a Mendelian inheritance, a genetic diagnosis remains elusive in 30–70% of CMT patients [1,2,3,4], depending on customized gene panels that generally cover only known disease-related coding sequences in order to provide a faster and affordable analysis with higher coverage, as well as fewer incidental findings. As an example, the most frequent culprit for CMT after peripheral myelin protein 22 (PMP22) is the gap junction beta 1 protein gene (GJB1), affecting about 6.5–17% of the patients with a presumptive inherited neuropathy [2,3]. Human GJB1 consists of two exons, separated by an intron of variable size: exon 1 encodes most of the 5′ untranslated region (UTR), whereas exon 2 encompasses the entire amino acid coding region and the 3′ UTR. Two different tissue-specific promoters have been acknowledged [5]: a basal promoter P1 is located more than 8 kb upstream from the coding sequence and regulates the transcript NM_001097642 in liver, pancreas, oocytes and embryonic stem cells, while in the peripheral nervous system, the alternative promoter P2 (the 130-bp exon 1B, which is separated from exon 2 by the 356-bp intron 1B) is responsible for the production of the transcript NM_000166. By alternative promoter usage, GJB1 thus provides mRNAs with identical coding regions but different 5′ UTR with specific cis-regulatory elements (Supplementary Figure S1). Thanks to the broader availability of genetic screening, today there are over 450 known variants in the coding sequence, with a majority of missense mutations and rarer cases with frameshift and premature stop codon mutations or ample deletions. However, noncoding regions are increasingly recognized not only as key regulators of protein expressions, but also as potential hidden causes of diseases, accounting for so much as 10% of patients with GJB1 mutations [3]. Indeed, variations of the UTR may become pathogenic by disrupting the sequences that regulate transcription (such as binding sites for transcription factors like Early Growth Response-2, EGR2 and SRY-Box 10, SOX10) or by impairing mRNA translation and stability, thus influencing protein expression [6,7].
We propose the candidate variant c.-17+1G>T as an example of a 5′ UTR mutation that may account for mRNA instability by aberrant splicing of intron 1B, ultimately causing CMTX1.

Two young probands who were evaluated for a length-dependent, sensory-motor neuropathy led to the study of two unrelated families on the assumption of a genetic pathogenesis (Figure 1A, II-2; Figure 1B, III-9). Both cases presented with typical features of CMT, reporting walking difficulties, sensory abnormalities and slowly progressive distal muscle weakness with peroneal atrophy and foot deformities. The male proband also had further clues such as early onset (in the second decade), split hand syndrome, postural tremor and bilateral hypoacusia. Likewise, pedigree analysis revealed similarly affected relatives (Table 1), with a tendency for males to be more severely and prematurely affected and with no cases of male-to-male transmission, thus suggesting an X-linked dominant inheritance pattern.

Clinical features of the affected members of both families (Table 1) were consistent with CMTX1. Although no systematic investigations by magnetic resonance imaging (MRI) were performed, no significant clinical signs of central nervous system involvement were reported. On the other hand, several members of the families underwent further diagnostic procedures to investigate the symptoms concerning the peripheral nervous system. Conventional nerve conduction studies showed both axonal damage and demyelinating features in all cases. Three male patients (II-2 in Figure 1A; III-8 and III-10 in Figure 1B) also underwent a sural biopsy in their adolescence, disclosing a severe reduction of myelinated fibre density and sparse regeneration clusters (Figure 2).

Molecular genetic analysis excluded pathogenic mutations in a gene panel including the coding sequence of GJB1 as well as other typical CMT genes. However, all affected members of both families had a c.-17+1G>T transversion in the 5′ UTR of GJB1, thus identifying hemizygous males and heterozygous females with the same mutation, which was absent in male healthy relatives (Supplementary Figure S2).
In silico analysis predicted its pathogenic relevance, as this variant involves a phylogenetically conserved nucleotide and is supposed to cancel a canonical donor splice site in intron 1B (ADA score and RF score were, respectively, 0.999 and 0.842). The variant was absent from gnomAD database and was predicted to be pathogenic according to ACGM criteria [10].

Using primers spanning intron 1B, the amplification of the sample from patient III-8 (P) resulted in a 487 bp—cDNA fragment, while the normal-control sample (N) showed the expected length of 131 bp (Figure 3A). Sequencing of the latter cDNA confirmed the normal splicing of intron 1B, whereas the patient’s cDNA demonstrated the retention of the entire intron in the amplified product (Figure 3D,E).
RT-PCR was also performed with primers spanning GJB1 exon 2, and the results underwent a semiquantitative densitometric analysis of corresponding electrophoretic bands to assess transcript levels: mutated samples revealed a 70% reduction of intensity when compared to the normal nerve, while there was no difference in PMP22 and GAPDH levels between patient and control (Figure 3B,C).

Red immunofluorescence confirmed membrane expression of Cx32 at paranodal loops and Schmidt-Lanterman incisures of a control nerve, which also showed MAG colocalization (Figure 4C). On the other hand, the patient’s nerve (III-8) only exhibited the green anti-MAG signal, with no evidence of the presence of Cx32 (Figure 4F).

We demonstrated that the candidate variant c.-17+1G>T—which was first identified in a previous paper [6]—does cause CMTX1. The mutation cosegregates with typical clinical phenotype in two unrelated Italian pedigrees and is located in a highly conserved position, at the interface between intron 1B and exon 2, like other adjacent putative causative variants [31,32], thus emphasizing its functional importance. In agreement with mapping algorithms, the transversion disrupts splice-site consensus sequences. The complete retention of intron 1B generates a longer and likely unstable transcript that results in loss of Cx32, as proven by retro-transcriptional and selective immunofluorescence studies on a patient’s archived nerve biopsy. The experimental work also remarks the role of 5′UTR of GJB1 in the pathogenesis of CMTX1 and highlights the need to include this region in the routine screening, as well as in NGS panels for patients with consistent clinical and familiar clues.

The study was conducted according to the guidelines of the Declaration of Helsinki; our DNA biobank was approved by the institutional ethic committee of Azienda Ospedaliera Universitaria Integrata in Verona (Comitato etico per la Sperimentazione Clinica, CESC) on 11/02/2015 (project identification code BIOB-NEU-DNA-2014, protocol code 13582, 20 March 2015).

The data presented in this study are available in the supplementary materials. Further details are available on request from the corresponding author.

The authors would like to thank Giovanni Malerba (Department of Neuroscience, Biomedicine and Movement Sciences, Section of Medical Genetics) for his support in bioinformatics analysis. We would also like to thank Marco Veronese for his technical expertise, which was essential for the graphic layout. 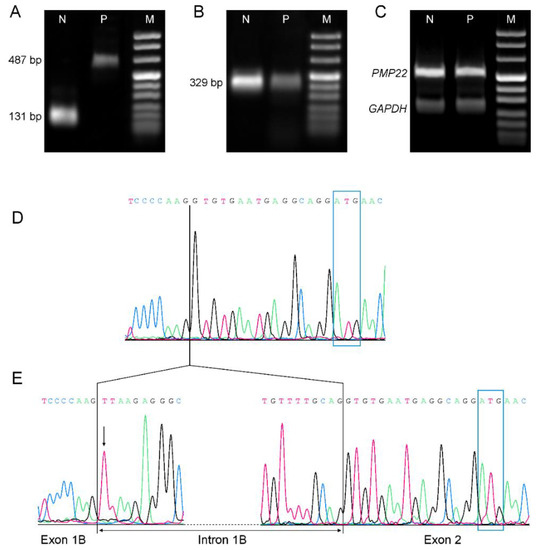 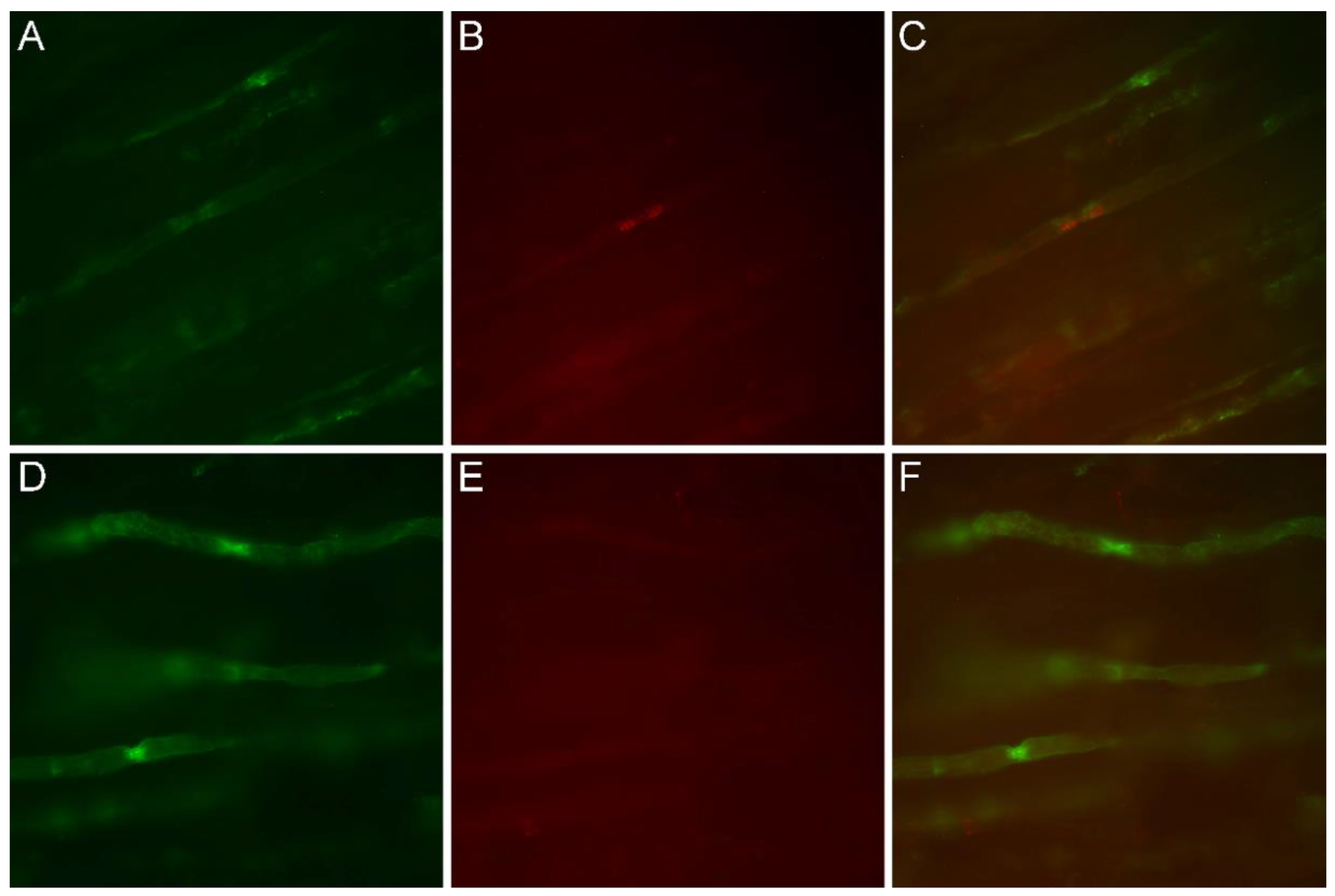