The traditional methodologies for fatigue life assessment of welded joints strongly depend on geometries and surface characteristics, as well as time. In this paper, an energy-based approach, independent of structures though thermal-graphic measurement, was presented to predict life expectancy of welded joints, via limited number of tests. In order to eliminate the thermal elastic effect caused by the welding residual stress, annealing was first conducted on welded specimens. Both monotonic and cyclic tests for welded joints were implemented. Then, based on the thermal evolution of welded joints measured by the quantitative thermo-graphic method, an energy-based approach, taking the linear temperature evolution and the intrinsic dissipation into account, was employed on the fatigue life prediction of flat butt-welded joints. The estimated results showed good agreement with the experimental ones, and the energy tolerance to failure for different stress amplitudes was found to be constant. View Full-Text
Keywords: fatigue life prediction; dissipated energy; thermo-graphic technique; thermal evolution fatigue life prediction; dissipated energy; thermo-graphic technique; thermal evolution
►▼ Show Figures 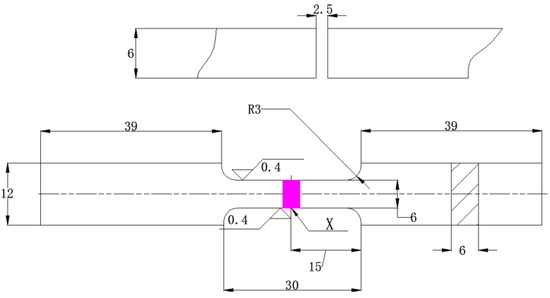