The method of sideband generation for the temporal characterization of X-ray pulses is valid in the regime where the X-ray pulse duration is longer than the cycle period of the applied dressing field [92]. For very short X-ray pulses, of few-femtosecond or even sub-femtosecond duration, a different approach is needed, one that relies on the ultrafast changes of the electric dressing field itself instead of its cycle-averaged intensity. In this section we will first discuss the characterization of soft X-ray pulses (Section 3.1), before describing the metrology of hard X-rays in 3.2.

All intensity dependent experiments at free-electron lasers are highly affected by the effective pulse durations and SASE caused sub-spikes in the XFEL pulses. Mostly, such experiments rely on pulse energy measurements by gas detectors or other methods averaging over the intensity distribution of the XFEL pulses. However, the physical processes under investigation often depend on the peak intensity, which is hidden in the unresolved spike structure of the pulses. In addition to the strong impact on the broad field of non-linear physics, developments towards mode-locking [114,115,116] and the generation of X-ray pulses on the attosecond timescale [34,35,36,37] are currently in progress and will ultimately originate the scientific field of attosecond X-ray physics. This imminent breakthrough demands unprecedented time resolution for the temporal characterization of the structure of SASE XFEL pulses under various modes of operation. Such possibilities desperately need a direct single-shot method to diagnose not merely the X-ray pulse duration, but also the full temporal coherence properties of the XFEL pulses including the spectral chirp of the X-rays and the stochastic sub-spikes of the SASE pulses.
Another essential requirement for every ultrafast experiment that relies on a synchronized optical laser for pump or probe is precise information about the relative arrival time between the two lasers. Steady progress in this regard has been made [51,52,58,69,101,103,117,118,119,120], as was demonstrated throughout this review, and electron acceleration designs relying on superconducting linear accelerators [19,20] open up even better prospects for temporal synchronization [121]. Nevertheless, a complete and direct single-shot measurement in the time domain that reports both the exact XFEL pulse temporal structure and arrival time simultaneously and which is applicable over a broad range of X-ray pulse durations remains elusive.
A possible solution to all these challenges could be the method of two-color angle-resolved circular streaking spectroscopy of photoelectrons or Auger electrons, dubbed ‘angular streaking’ in the following for brevity. The measurement builds on the above described experiences with linear X-ray photoelectron streaking spectroscopy [69,103]. The need for a measurement technique capable of coping with varying pulse shapes and arrival times with respect to the lab time frame on a shot-to-shot basis is recognized and taken into account in this setup by employing a streaking laser with circular polarization in combination with a ring-like arrangement of 16 high-efficiency time-of-flight spectrometers [122]. This scheme has recently also been theoretically described [123,124] and evaluated for application at realistic XFEL parameters by a quasiclassical description supported with numerical calculations based on a quantum-mechanical approach (see Figure 26).
The vector potential of the streaking field rotates in the lab frame with a well-specified period, like the hand of a clock, and imprints the XFEL pulse temporal structure onto the angularly resolved distribution of streaked photoelectrons [63,125,126]. Varying the wavelength of the circular streaking field allows to set the period of the ‘clock’ and thus the temporal resolution of the measurement. While capable of measuring the shortest X-ray FEL pulses with a resolution of ~160 attoseconds at 800 nm, the resolution can easily be adapted to longer pulse durations via the adjustable streaking wavelength. To avoid ambiguities, the period of the streaking laser field has to be larger than the XFEL pulse duration.
At the same time, the relative strength of the streaking effect gives information about the arrival time shift from shot to shot. Moreover, this setup allows to investigate the shift of the photoelectron energy versus delay within a single X-ray pulse and thus measure its instantaneous frequency. For the first time, this would provide the direct measurement of residual X-ray pulse chirp from the different electron bunch compression settings, pointing the way toward full XFEL spectral phase control and chirped pulse amplification.
The proposed extended and angle-resolving method of streaking can be realized with an array of 16 independently working time-of-flight spectrometers which are aligned in the dipole plane of the incoming light (see Figure 27, left). As described previously, the circularly polarized streaking laser and the XFEL have to be overlapped spatially and temporally in the experimental chamber, where the X-ray pulse ionizes a diluted noble gas e.g., xenon. In the presence of the optical field the original angular distribution of photoelectrons is redistributed according to the rotational angle of the vector potential at the moment of their generation. Thus, photoelectrons generated from different parts within the XFEL pulse envelope are streaked at different angles, effectively mapping time to angle (Figure 27, right). We therefore do not require precise knowledge of the X-ray arrival time on the scale of the carrier phase of the streaking laser, as was the case in past streaking experiments, where temporal overlap with the linear ramp of the linearly polarized vector potential enabled the photoelectron energy shift-to-time mapping. Since the information of the XFEL pulse structure is given through the relative change in angular distribution within each single XFEL shot, we expect this technique to be more robust with regards to pulse energy instabilities and less demanding with regards to the optical pulse shape.
First demonstration measurements with this setup have successfully been conducted at the Linac Coherent Light Source in California, USA, and the results are being analyzed at the moment by some of the authors of this article. The first impression of the data is very encouraging, giving rise to the expectation of an adjustable online characterization method for complete shot-to-shot arrival time and time–energy X-ray FEL pulse reconstruction in the near future.

As discussed, to further improve the resolution of the linear THz streaking measurements to the sub-femtosecond level, streaking pulses with a shorter rise time in the IR spectral region must be used. These pulses, however, consist of multiple electric field cycles and are typically not carrier–envelope phase stabilized. As a result, it not possible to control the streaking field amplitude and phase due to the temporal jitter at XFELs. Crucially, without defined streaking parameters it would not be possible to perform a calibrated transformation from energy to time.
This problem can be addressed by recording two streaked photoelectron spectra for each X-ray pulse, using a phase-shifted streaking pulse in a tandem streaking geometry as illustrated in Figure 28. As usual, the instantaneous vector potential A(t) is determined by analysing the shift in the centroid of the dressed photoemission. Qualitatively, due to the fact that the measurements are made with phase-shifted streaking fields, the value of the instantaneous vector potential of one measurement gives the gradient of the field in the other and vice versa, thus providing all of the information required to yield a calibrated measurement of the temporal profile of the photoemission and corresponding X-ray pulse. The instantaneous amplitude and phase of the streaking field can also be combined to determine the cycle-averaged amplitude of the IR streaking laser pulse, which gives the precise overlap between the X-ray pulse and envelope of the streaking laser pulse for use in pump/probe experiments.
In practice, the Gouy phase shift can be used to introduce a controlled and fixed phase shift between the two different stages of the streaking measurement required for self-calibration. To achieve a phase shift, streaking measurements would be performed at one Rayleigh length upstream and downstream of the laser focus. A precise phase shift between the measurements allows for full temporal characterization of the X-ray pulse, but the technique is applicable for any phase shift as long as it is constant.
For a phase shift the instantaneous streaking fields in each stage of the streaking measurement for an arbitrary overlap t0 between streaking pulse (of arbitrary carrier–envelope offset φ0) and the X-ray pulse are: and
As usual, A1(t0) and A2(t0) would be found by inverting the expression for the energy shift in the streaked photoemission, which is to first order: , compare also Equation (1). Here, pc is the initial photoelectron momentum.
Conceptually, to transform broadened or streaked spectra from kinetic energy to time, the streaking strength or derivative of the instantaneous streaking field must also be known. From the expressions for the arbitrary streaking field at the phase-shifted streaking measurements, it is clear that the instantaneous vector potential in the second measurement is proportional to the derivative of the instantaneous vector potential in the first and vice versa, where the proportionality constant is ωL the carrier frequency of the IR streaking field.
Using this crucial information, each streaked spectrum provides an independent measurement of the X-ray pulse profile. Furthermore, if the phase relationship between the streaking fields in the two measurements is , the value of the cycle-averaged amplitude at the point of overlap is simply . Then, if the laser pulse envelope is well characterized, this can be inverted to provide the precise time of arrival of the X-ray pulse and the temporal characterization is complete.
Beyond pulse characterization, the streaking technique may also be used to study few-femtosecond electron dynamics at XFELs. For example, the interaction of matter with high-fluence X-ray pulses of durations of few femtoseconds triggers complex dynamics in the electronic system that are not yet fully understood. Photoelectron streaking spectroscopy provides the possibility to study these dynamics on a femtosecond time scale. As a first approach, Auger decay lifetime of simple gas-phase molecules could be measured directly in the temporal domain. Synchrotron sources have been used to measure the lifetime of core holes from the spectral width of the electrons emitted during the decay of the excited state. However, these measurements fail to provide details of the temporal evolution of the excited state, when multi-electron dynamics are involved. In contrast, at XFELs with photoelectron streaking spectroscopy, the temporal evolution of highly excited states and corresponding relaxation dynamics can also be investigated.

W.H. acknowledges financial support from a Marie Curie International Outgoing Fellowship. W.H. and R.K. acknowledge financial support by the BaCaTeC program. T.M., M.I. and M.M. acknowledge support by the Deutsche Forschungsgemeinschaft (DFG) under grant nos. SFB925/A1 and SFB 925/A3. M.I. acknowledges funding from the VW foundation within a Peter Paul Ewald-Fellowship. A.R.M. acknowledges funding through BMBF 05K16GU2. J.T.C. acknowledges support from Science Foundation Ireland under grant nos. 12/IA/1742 and 16/RI/3696. Part of this research was carried out at the Linac Coherent Light Source (LCLS) at the SLAC National Accelerator Laboratory. LCLS is an Office of Science User Facility operated for the U.S. Department of Energy (DOE) Office of Science by Stanford University.

All authors contributed equally to the publication. 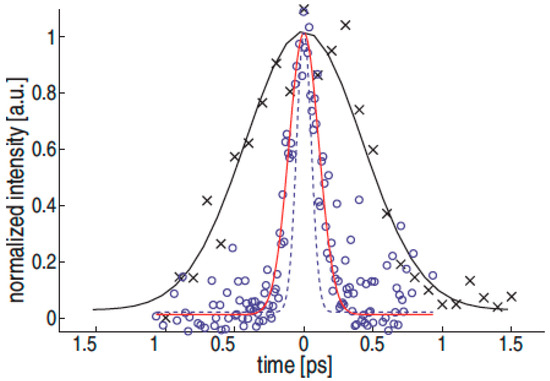 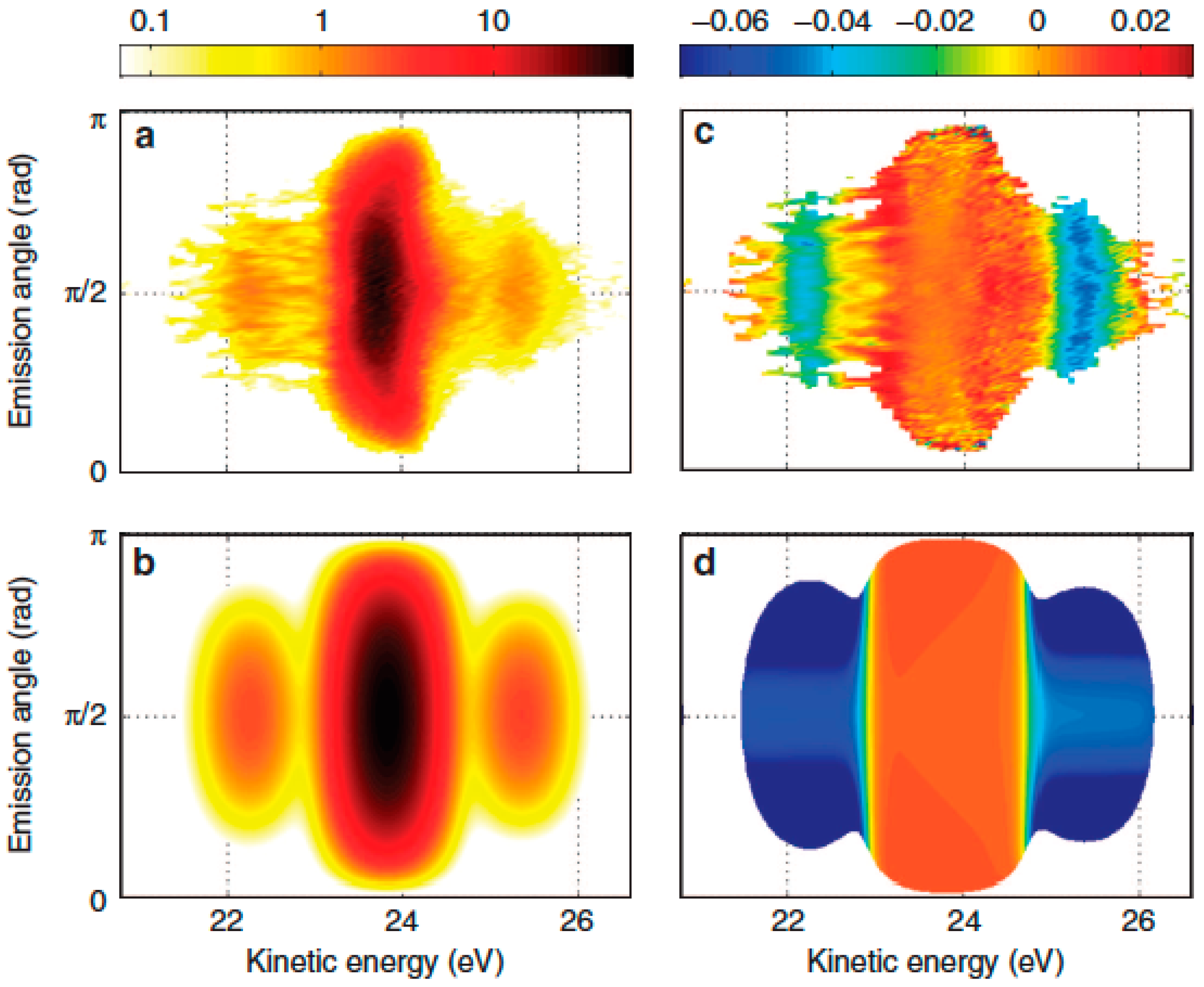 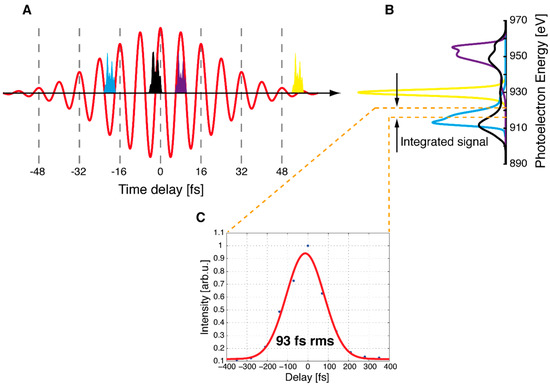 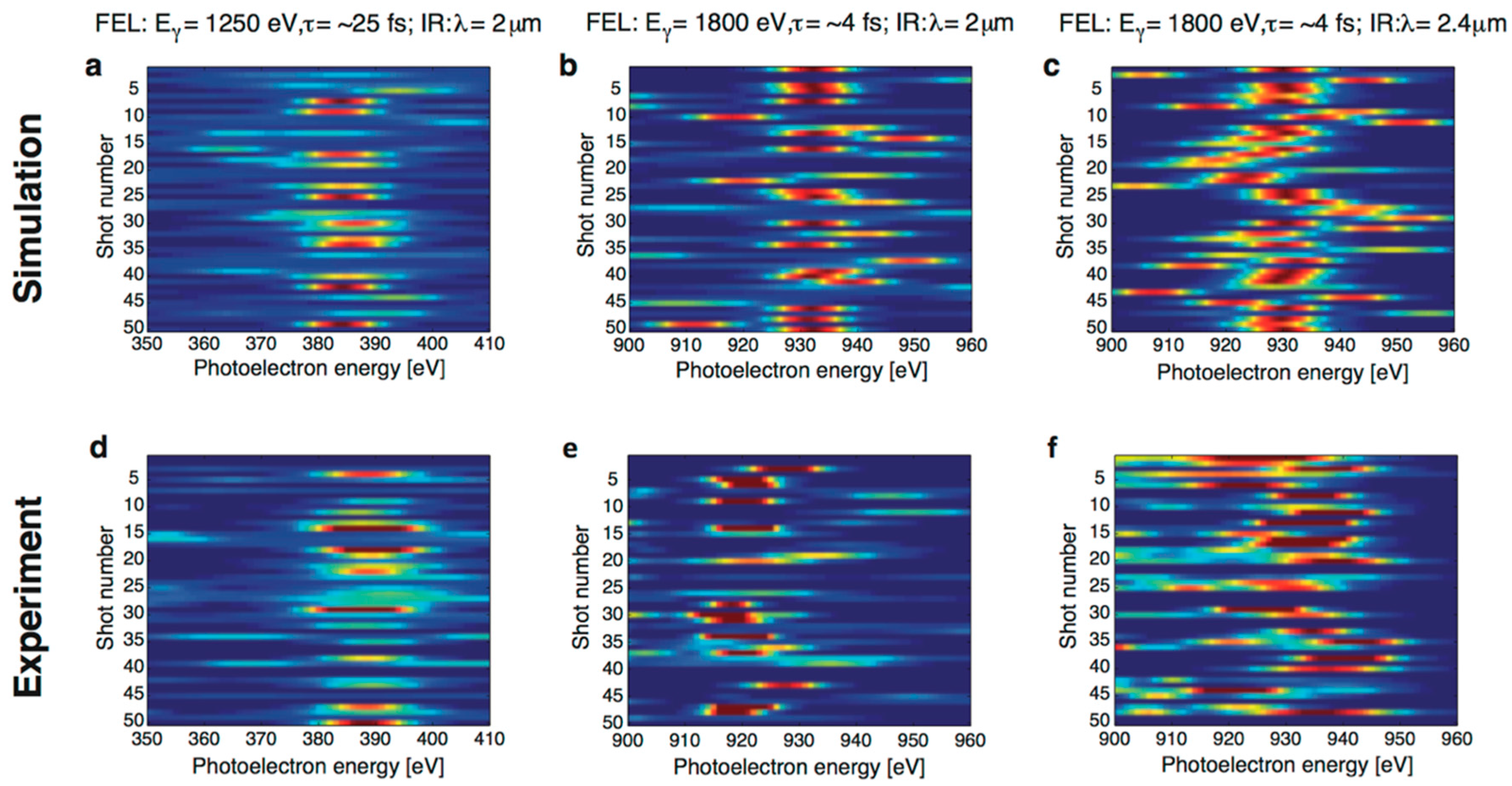 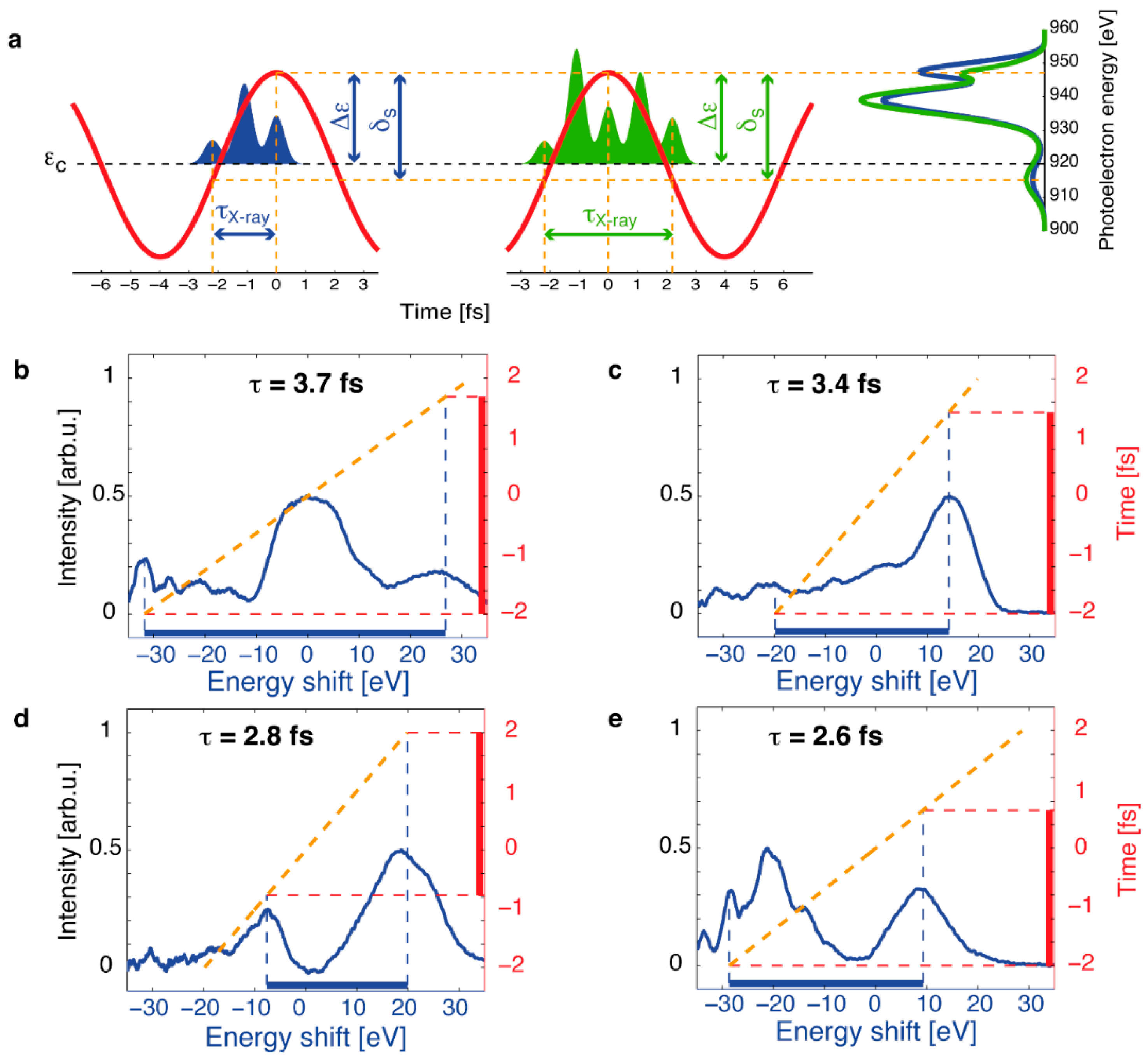 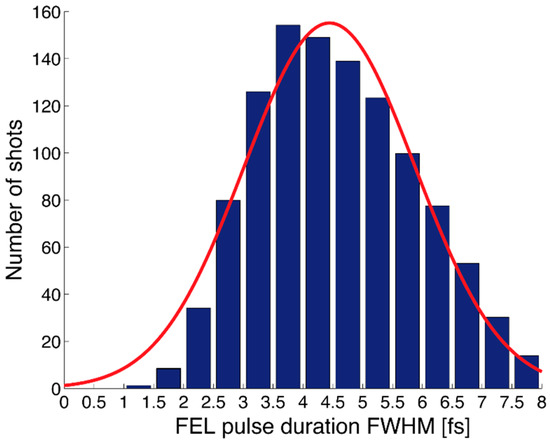 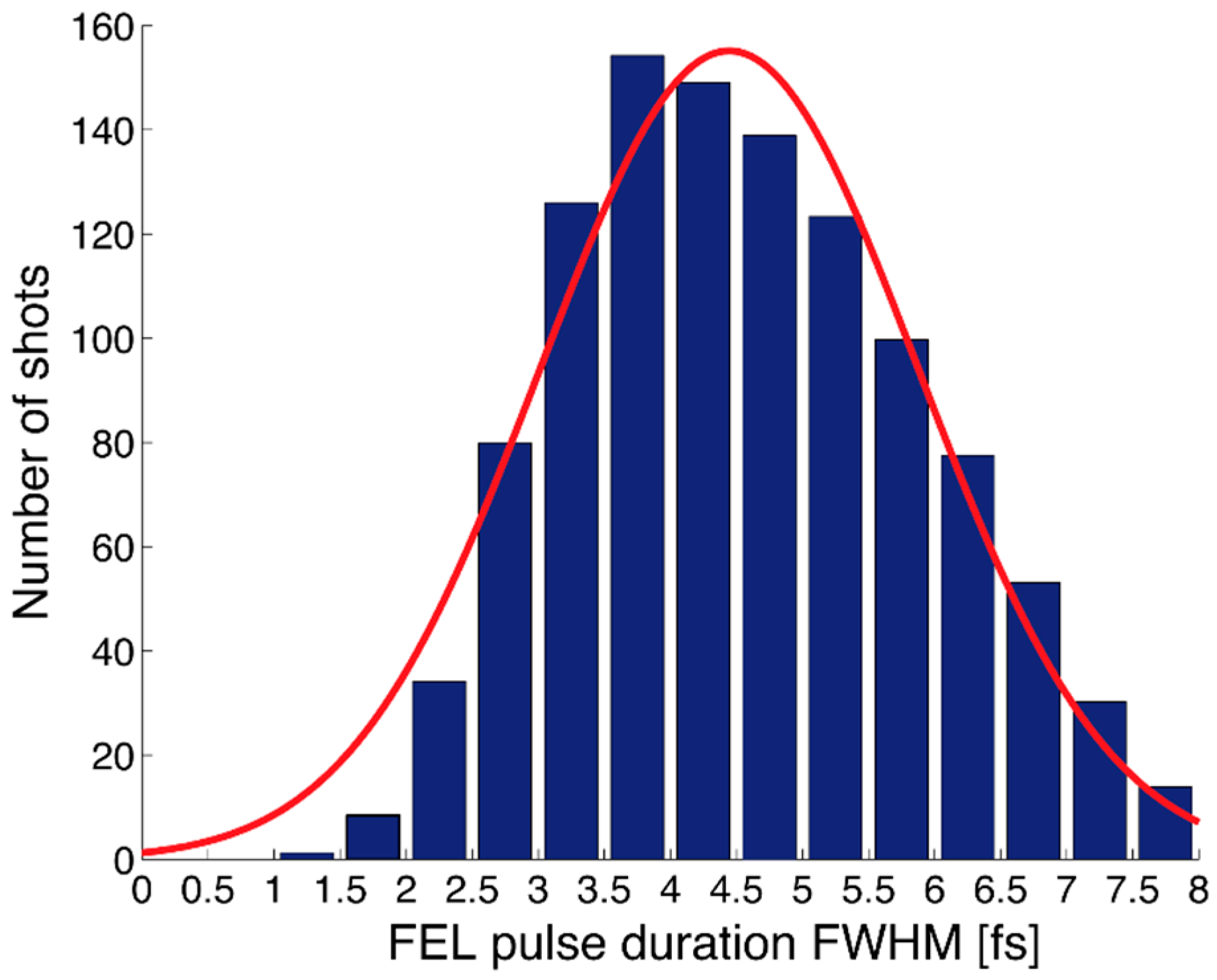 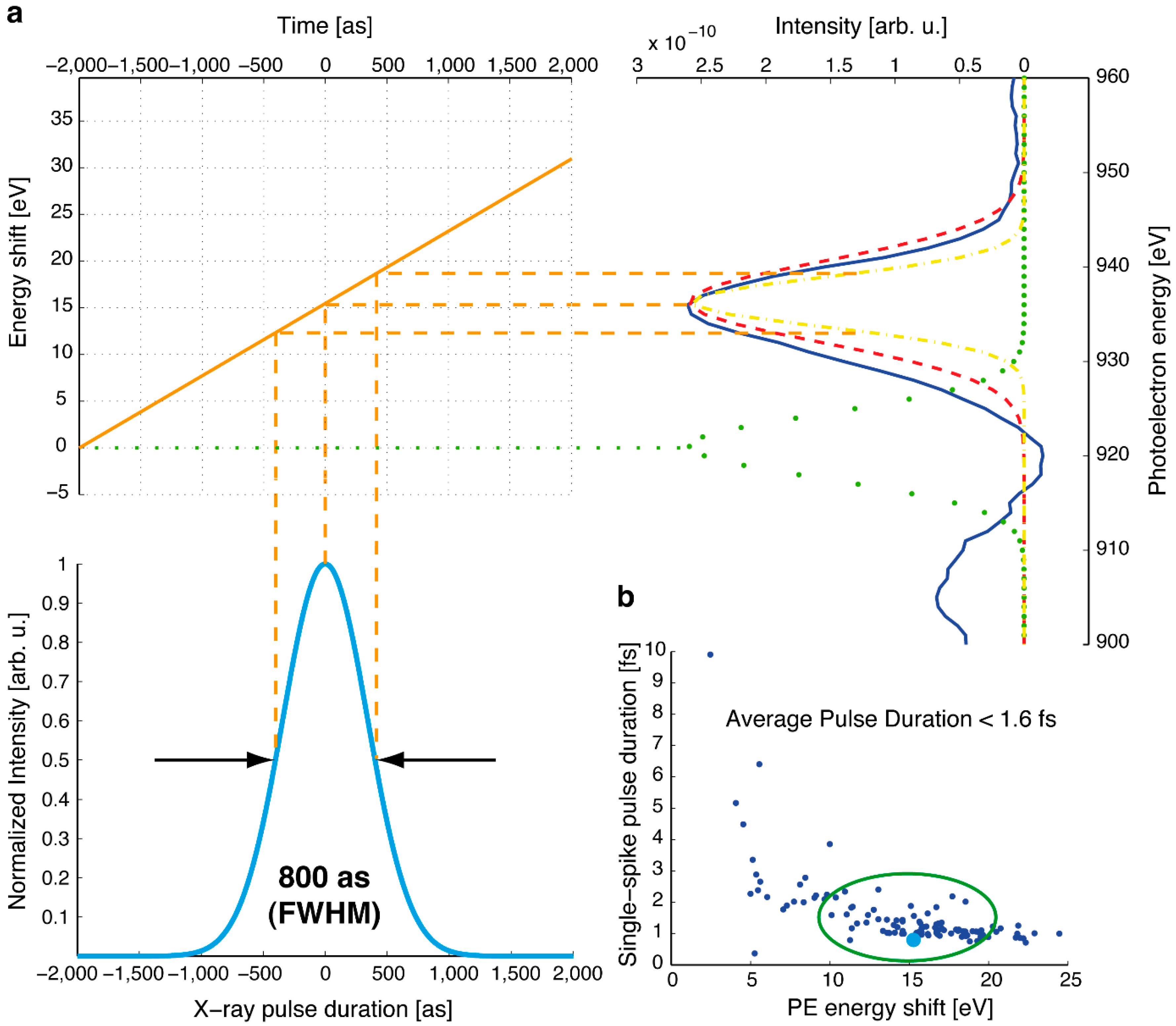 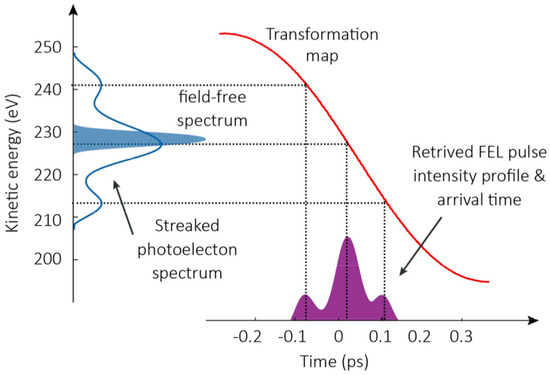 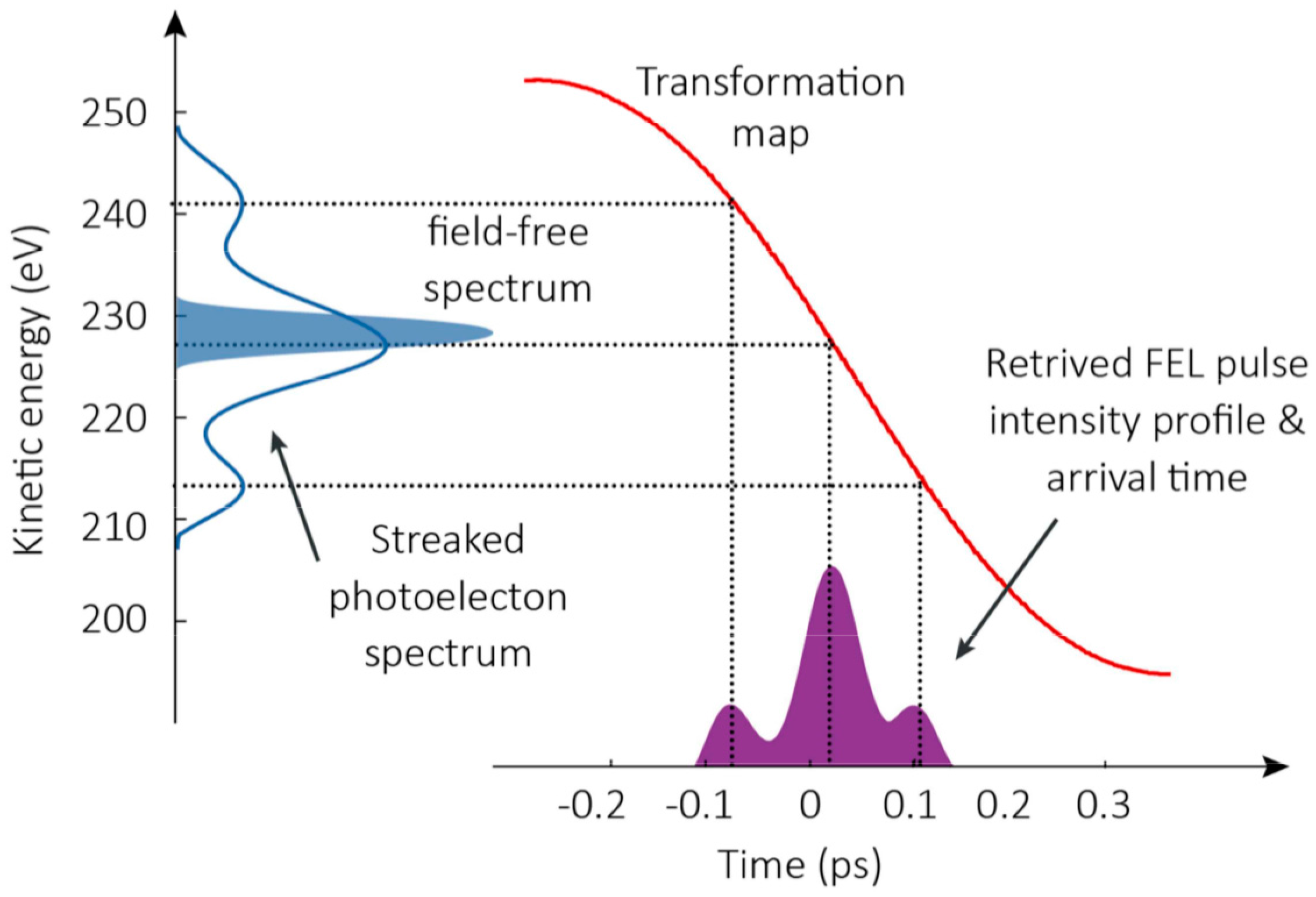 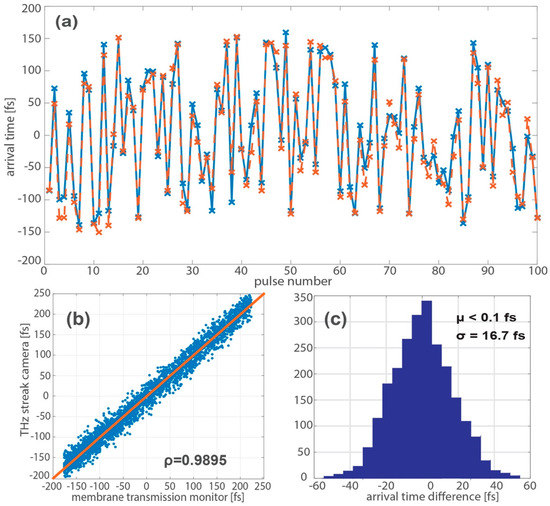 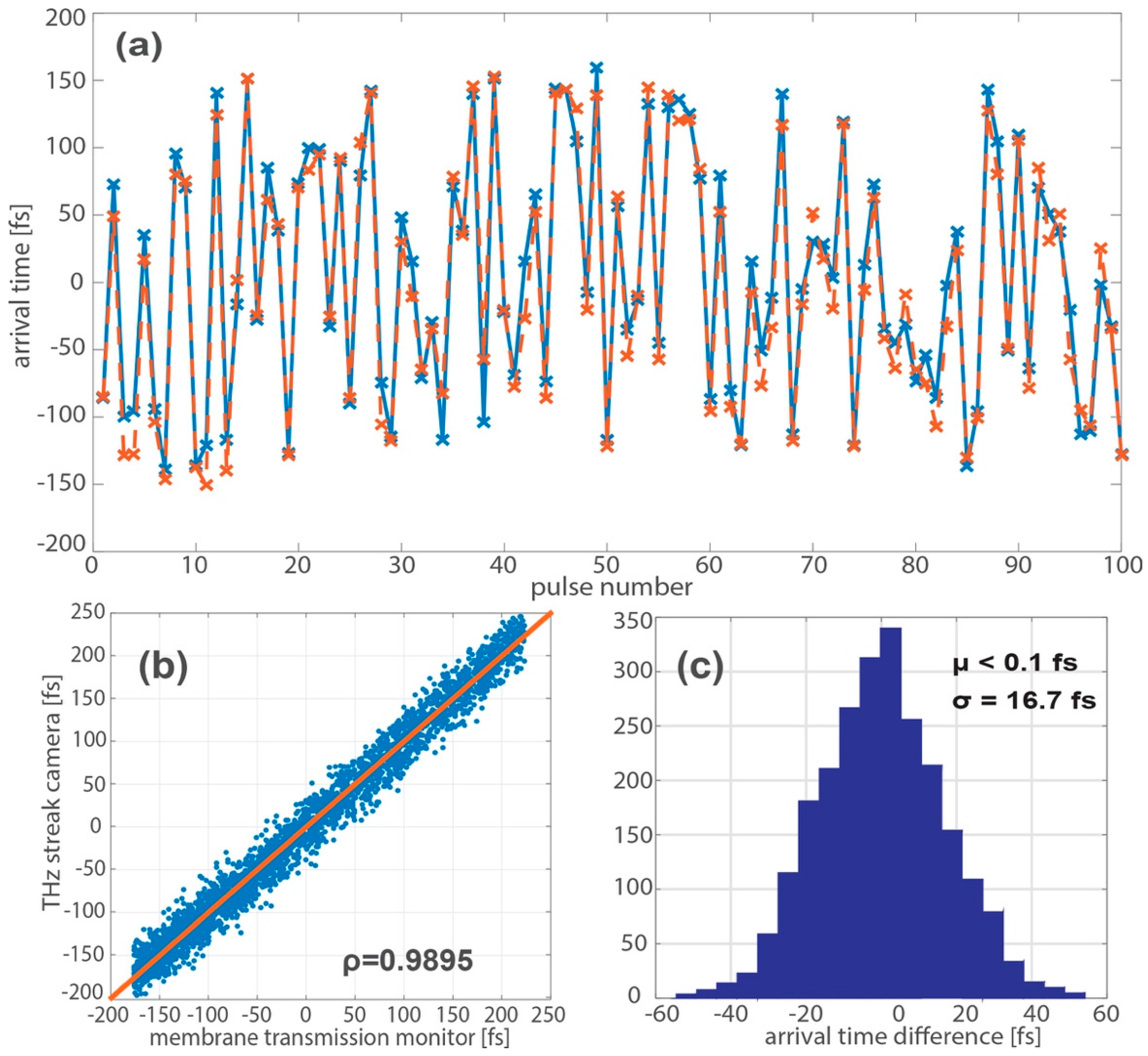 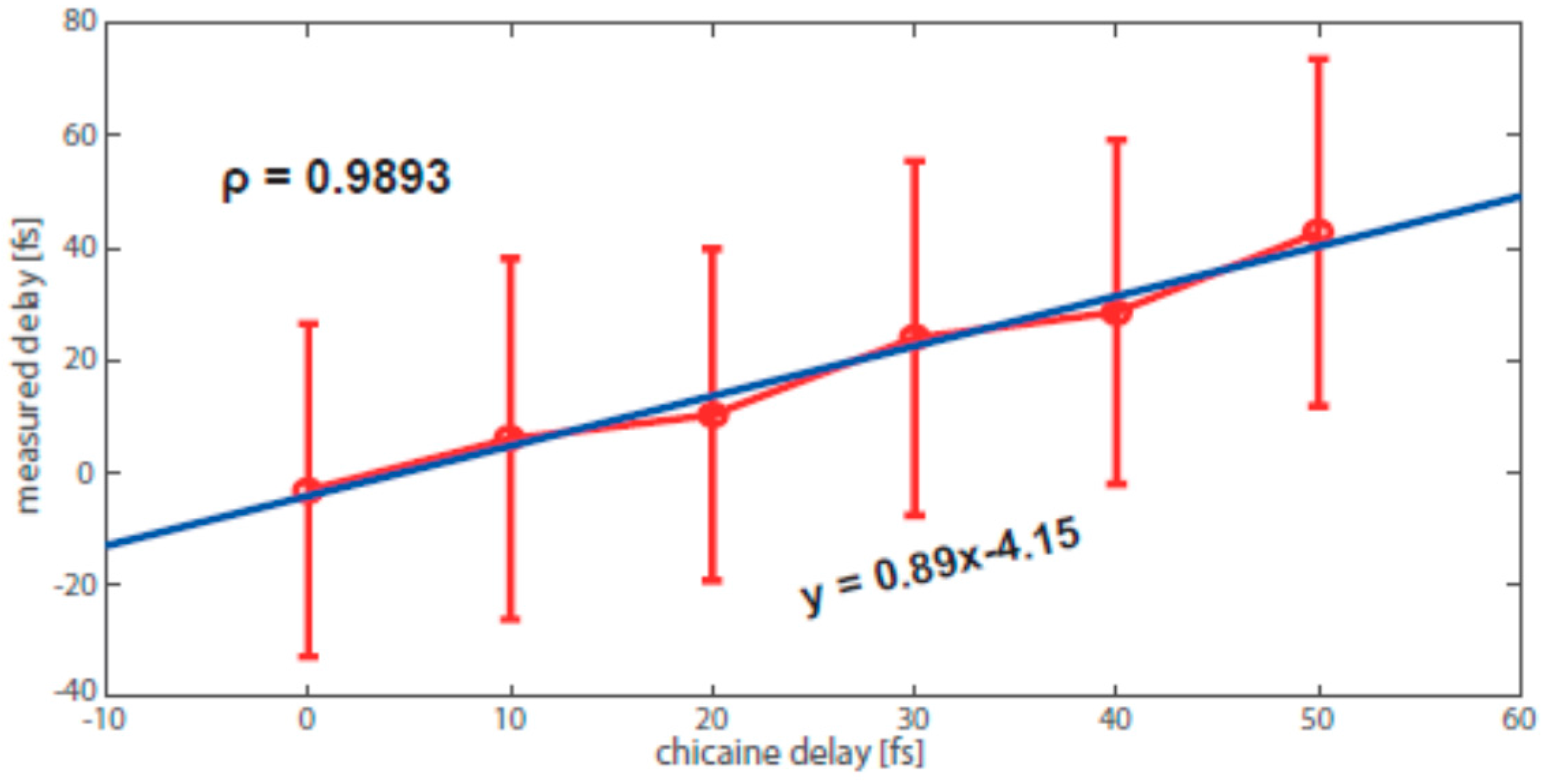 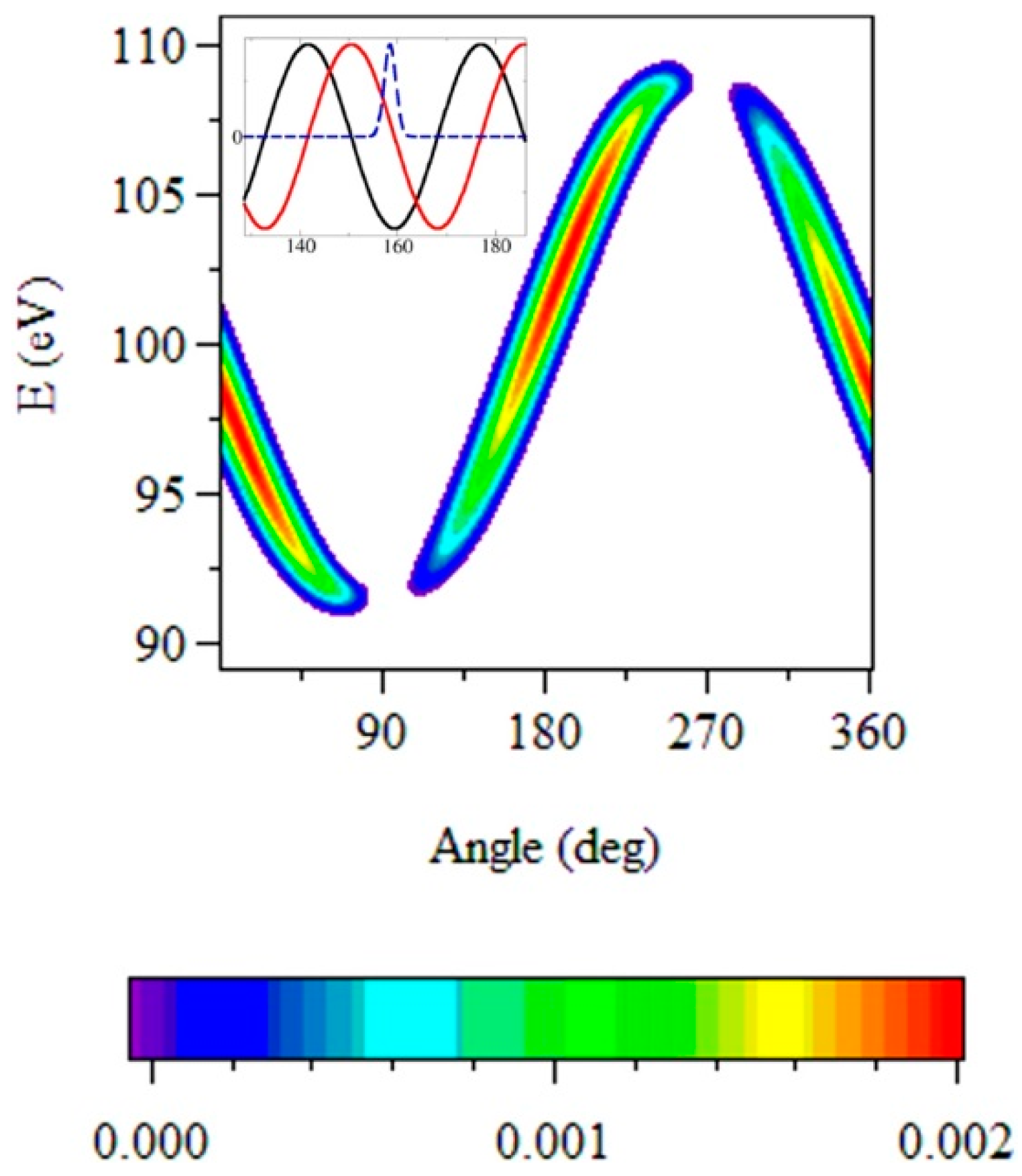