2.1. Structure and Working Principle of the Whole Machine

2.3.2. Determination of the Number and Inclination Angle of the Blade

The number and inclination angle of the blades are the key structural parameters of the film removal device. The former design mainly considers two aspects: first, the effect of film removal. When the speed of the vane-type film removal roller is fixed, the greater the number of blades is, the greater the contact frequency between the blades and arc-shaped teeth is. It is necessary to ensure that the same arc-shaped teeth are acted by blades at least twice when the film picking device rotates one full circle. Second, dynamic balance. The blades are arranged at equal angles along the tangential direction of the surface of the roller, and the axial direction is symmetrical, which is conducive to the dynamic balance of the vane-type film removal roller [32]. Considering the above factors and combined with the structure of the whole machine, the number of blades was determined to be 6.
There are three ways to install the blade: forward tilt, radial and backward tilt [33]. As shown in Figure 4, is the force of the blade on the residual film when blades interact with arc-shaped teeth. Decompose along the tip of the arc-shaped tooth and its normal direction to obtain and . The main function of is to make the residual film move along the direction of the tip of the arc-shaped tooth. At the same time, it exerts the effective force of the blade on the residual film, and . When is fixed, for different blade installation methods, the size of is as follows: forward tilt > radial > backward tilt. When a blade is installed with a forward inclination and an inclination of 15° (the blade is at the dotted line position in Figure 4), the blade is perpendicular to the tip of the arc-shaped tooth. At this moment, the effective force of the blade on the residual film reaches the maximum value, which is conducive to the removal of the residual film. Therefore, to better explore the effect of the blade inclination on the film removal effect, blades are evenly distributed on the surface of the roller by forward tilt, and the range of tilting angles is 5° to 25°.

2.3.3. Analysis of the Conditions of Film Removal

The internal flow field of the film removal device has an important influence on the film removal effect, which directly determines whether the residual film removed from the arc-shaped tooth winds with the blade and whether the residual film removed can enter the residual film recovery box smoothly. Therefore, this paper uses the ANSYS Fluent19.0 to simulate the flow field inside the film removal device and use Fluent19.0 pre-processing software Ansys meshing to mesh the simulation model. The mesh type selects unstructured tetrahedral mesh. A section view of the effect of mesh dividing is shown in Figure 6. The reasonably simplified simulation model is shown in Figure 7 and Figure 8, and the main parameters of the model are shown in Table 1.
The relevant settings of the simulation process are as follows: the multiple reference system model is selected, the moving area of the vane type film removal roller is defined as the rotating area, the rotation speed of the vane type film removal roller is given as 200 r/min, and the remaining area of the model is defined as the static area. To better show the phenomena of airflow and vortex inside the film removal device, the Realizable k-ε model is used [39]. The pressure–velocity coupling method uses the SIMPLE algorithm (Semi-Implicit Method for Pressure Linked Equations) [40,41], and the momentum equation, turbulent kinetic energy and other discrete formats are all used in the second-order upward style. The inlets on both sides are set as pressure inlets, the surface of the film removal area and the surface of the film conveying port are set as the pressure outlets, and the reference pressure is set to standard atmospheric pressure.

To ensure the accuracy of the test, the residual film and the mixture of film and impurities (broken cotton stalk) collected during the investigation were randomly laid on the surface of the soil and a shallow layer of soil with a depth of 0–100 mm. The test field was artificially simulated based on the data from the previous field survey to recover the environment of the residual film before sowing and the parameter settings of the test field are shown in Table 2. The test equipment included a Tiantuo TN954 tractor (Tianjin Tractor Manufacturing Co., Ltd, Tianjin, China), an electronic scale (model: JE3001, Shanghai Shengke Instrument Equipment Co., Ltd, Shanghai, China), a soil moisture meter (model: TDR300, Beijing Bolun Jingwei Technology Development Co., Ltd., Beijing, China), and a tape measure.

Four cross sections are selected, as shown in Figure 9, and the flow field inside the device is analyzed from the simulation results of the cross sections. Compared with the velocity vector diagram of cross sections 1~3, there is no vortex or inward backflow in the volute tongue area of the device, so the residual film is not affected by the vortex when it moves to this area and is even sucked into the diversion shell again. By comparing Figure 10b, Figure 11b and Figure 12b, it can be seen that: Under the action of the centrifugal force, the gas obtains kinetic energy, and the air velocity increases gradually from the inside to the outside of the blade. At the film conveying port, the air velocity on the right side is lower than that on the left side, and the velocity gradient changes obviously. In the simulation results of cross section 3 and cross section 2, the gas molecular flow and gas velocity are the same because the structure of the film removal device is symmetric about cross section 1. Figure 11a shows that a part of the gas is discharged outwards along the surface of the film removal area on the central section. However, due to the high speed of the blade, when the residual film is separated from the blade, the rotation angle of the blade exceeds the range of the surface of the film removal area, and the residual film is not blown out of the body from this area.
Moreover, in Figure 13, the maximum velocity is 28.06 m/s, and the average velocity is 12.34 m/s. It is known that there is a small amount of cotton stalks on the surface of residual film, and the suspension velocities of residual film and cotton stalks are approximately 3 m/s and 10 m/s, respectively [45], so the gas velocity at the film conveying port meets the requirements of film removal.
However, Figure 14 shows that there is a vortex region (including a small amount of inward air supply area) near the position of the cross section near the plates on both sides of the diversion shell, and the vortex region accounts for a large proportion of the effective region (the effective region is defined as the rectangular region away from the film delivery port when the film removal blade moves to the lowest point, and there is no vortex outside the effective region). The existence of the vortex region makes part of the residual film and its mixture churn and rotate violently in the diversion shell and cannot enter the residual film recovery box through the film conveying port under the action of airflow, which easily causes blockage. In severe cases, the residual film that has been removed is entangled with the blade again because of the effect of the vortex. The vortex region not only hinders the transport of residual film in the diversion shell, but also leads to a decrease in the film removal rate.

3.2. Design and Analysis of Orthogonal Test

3.2.1. Establishment of the Regression Equation and Significance Analysis of the Model

As shown in Equation (5), using the Design-Expert software to perform multiple regression fitting analysis on the test data in Table 4 [35], a regression equation with the evaluation index as the response function and 3 test factors as independent variables is obtained. Then, this paper performs an analysis of variance on the model, and the results are shown in Table 5.
The results show that in the aspect of the significant influence of test factors on the evaluation index, the rotating speed of the vane type film removal roller is larger than the inclination angle of blade, which is larger than the diameter of the roller. The -value of the model is less than 0.0001, which indicates that the regression model is extremely significant. The lack of fit item shows that the model has a high degree of fit and has good practical research significance.

3.2.2. Analysis of the Influence of Test Factors on the Evaluation Index

3.3. The Result of Test Verification

This research was funded by the Major Scientific and Technological Project of Bingtuan, grant number 2018AA001.

All data are presented in this article in the form of figures and tables. 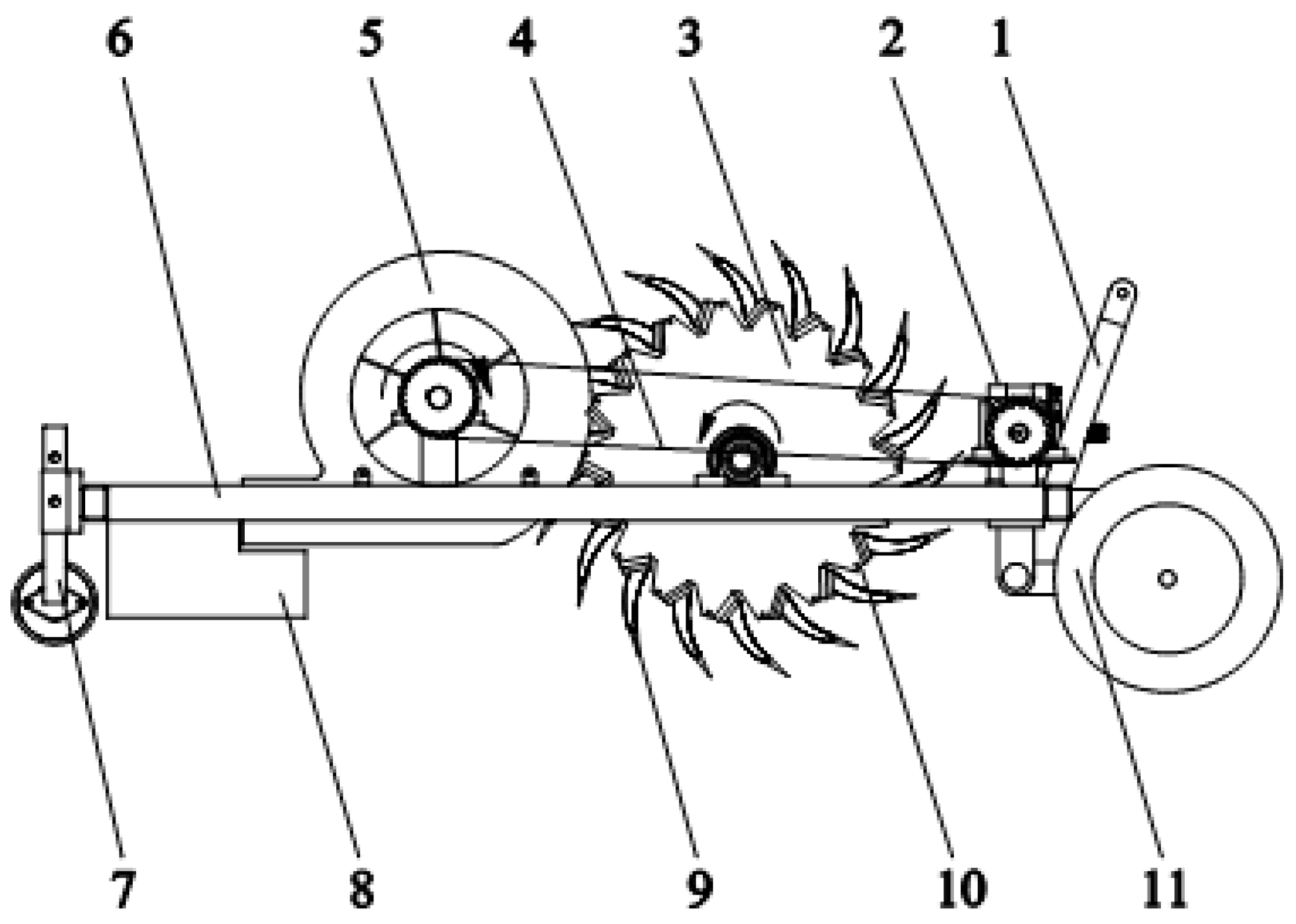 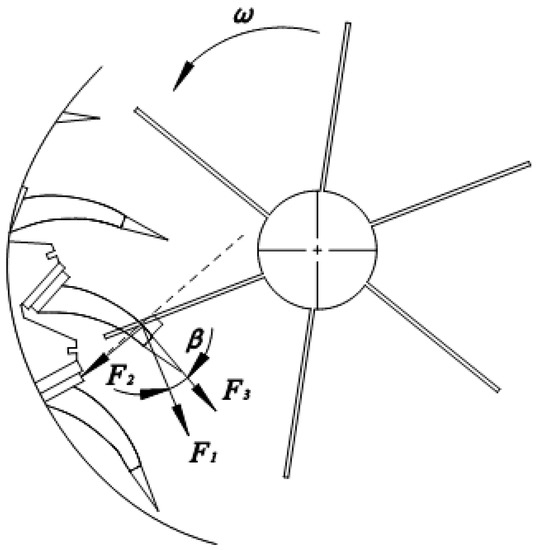 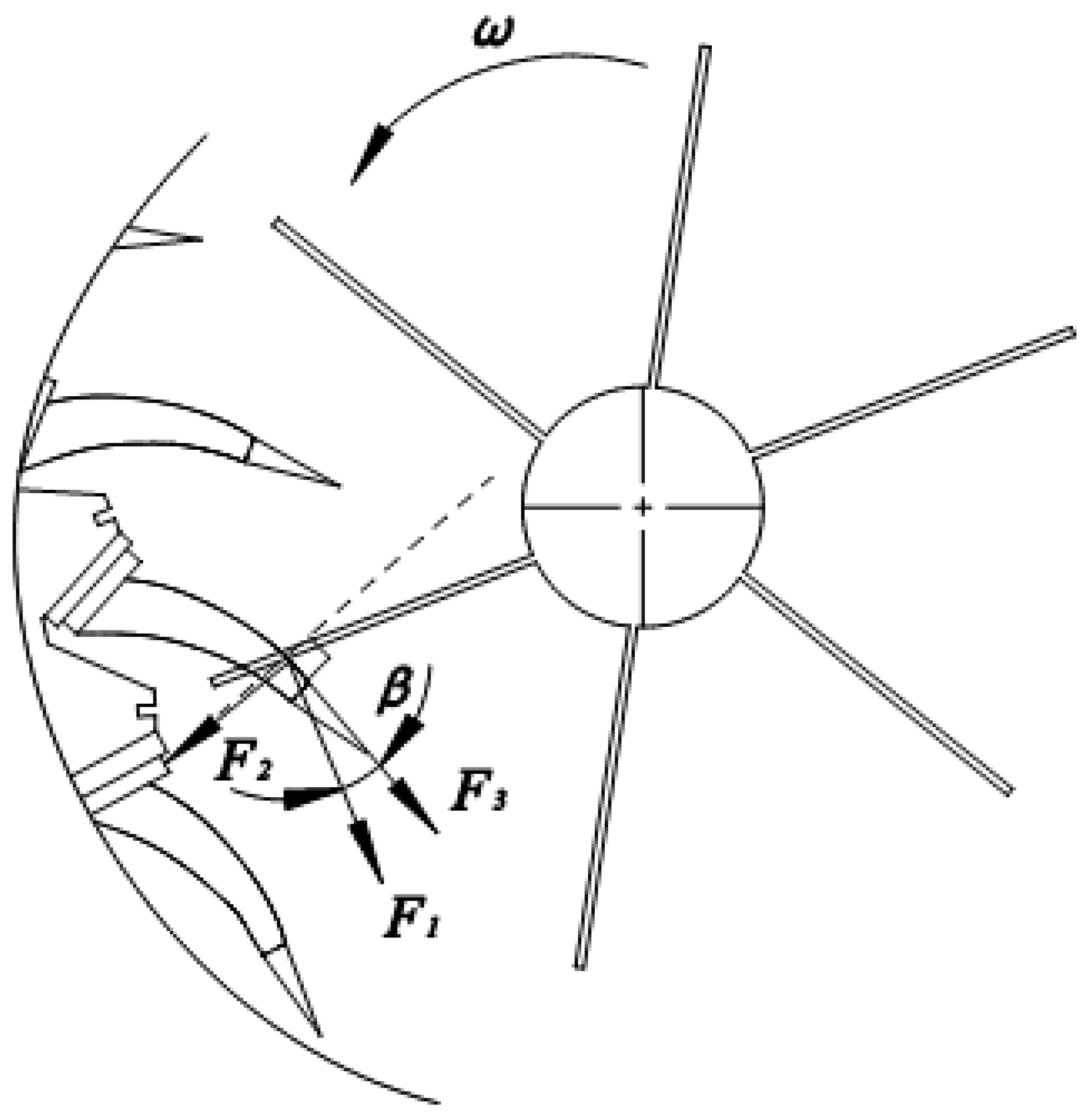 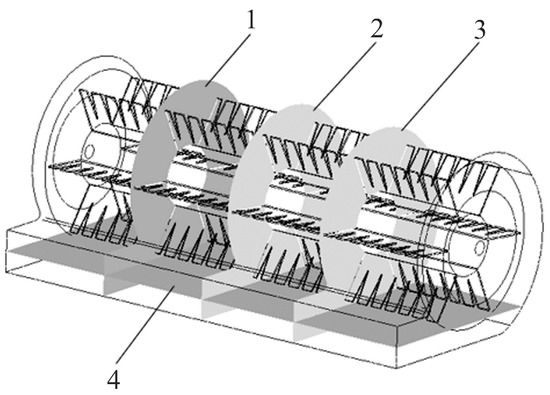 Table 6. Test results.
Table 6. Test results.
© 2021 by the authors. Licensee MDPI, Basel, Switzerland. This article is an open access article distributed under the terms and conditions of the Creative Commons Attribution (CC BY) license (https://creativecommons.org/licenses/by/4.0/).
We use cookies on our website to ensure you get the best experience. Read more about our cookies here.
Accept
We have just recently launched a new version of our website. Help us to further improve by taking part in this short 5 minute survey here. here.
Never show this again