:
Diesel-LNG internal combustion engines (ICEs) are the most promising light and heavy-duty truck (HDT) powering solution for a transition towards a mixed electric-hydrogen renewable energy economy. The diesel-liquid CH4 ICEs have indeed many commonalities with diesel-liquid H2 ICEs, in the infrastructure, on-board fuel storage, and injection technology, despite the fact H2 needs a much lower temperature. The paper outlines the advantages of dual fuel (2F) diesel-LNG ICEs developed adopting two high-pressure (HP) injectors per cylinder, one for the diesel and one for the LNG, plus super-turbocharging. The diesel-LNG ICEs provide high fuel energy conversion efficiencies, and reduced CO2, PM, and NOx emissions. Super-turbocharging permits the shaping of the torque curve while improving acceleration transients. Diesel-LNG ICEs may also clean up the air of background pollution in many polluted areas in the world. Computational results prove the steady-state advantages of the proposed novel design. While the baseline diesel model is a validated model, the 2F LNG model is not. The perfect alignment of the diesel and diesel-LNG ICE performances proven by Westport makes however the proposed results trustworthy.
Keywords:
LNG; diesel; dual-fuel; internal combustion engines

-
Pressure must rise fast about TDC during the premixed combustion phase, but within limits for what concerns the dp/dθ and the TDC maximum pressure.
-
Pressure must continue to grow during the early expansion phase, to produce a peak pressure about 13–14 degrees crank angle after TDC. The peak pressure must be within acceptable limits. The fuel flow rate must be large enough during this phase.
-
As the work during compression is negative, and only the work during expansion is positive, the amount of heat released during the premixed and diffusion phases must be carefully controlled to maximize the η within the constraints.
-
An adequate fuel flow rate from the LNG DI injector, as well as the rate of actuation, are crucial to achieving the above goals.

Further developments of 2F diesel LNG ICEs strongly depend on the ability to produce dedicated injectors allowing high flow rates, and fast actuation, with multiple injection capabilities, i.e., pretty much the same demand for the latest single fuel diesel injectors but for the reduced density cryogenic LNG.
It must be added that the use of two injectors per cylinder is not certainly a problem of packaging, as diesel ICEs have easily accommodated a DI and a glow plug for many years until the further progress of DI has made the glow plug redundant, and gasoline DI, jet or spark positive ignition (PI) ICEs adopt one DI injector plus the jet ignition (JI) device or the spark plug (SI) with much larger intake and exhaust valves than the CI diesel ICEs.

The advantages of 2F diesel-LNG ICEs have been recently reported in [71]. The proposed 2F system with two separate injectors also has the advantage vs. the Westport solution of permitting operation diesel-only, or diesel-LNG. A vehicle fitted with these ICEs having the full after-treatment of the diesel will not only deliver very high fuel conversion efficiencies and reduced emissions of CO2, it will deliver tail-pipe emissions of all the regulated pollutants within the regulatory limits no matter the quality of the intake air, thus permitting to clean up the air in areas that are polluted for other reasons, for example, areas of higher concentration of PM or NOx at the road level. Figure 12 presents the average annual PM2.5, PM10, nitrogen dioxide, and sulfur dioxide concentrations and seasonal patterns for China in 2014–2015. Images reproduced modified from www.berkeleyearth.org. At a localized level, the situation is much worse than the average over still large areas. Especially PM can be drastically reduced by the circulation of the latest diesel vehicles and even more by the circulation of diesel-LNG vehicles.
Figure 13 finally presents the UAH satellite MSU global temperatures, and the atmospheric CO2 measured at the Mauna Loa Observatory, Hawaii. Images reproduced modified from www.climate4you.com/. The global temperatures are increasing at a rate that is less of what is assumed in the climate models. The figure also presents the total primary energy supply (TPES) by source, World 1990–2017, in ktoe. Images reproduced modified from [72].
Worldwide, the energy production solar, wind, and geothermal, tide, wave, and ocean, is still about only 1.8% of the global total primary energy supply (TPES). The solar and wind share of the TPES is still small, despite the dramatically increasing capacities, and not going to improve that much, until the energy storage issue is addressed, due to the intermittency of both solar and wind, that is the major challenge of renewable energy only economy, additional to the generally low average capacity factors, at the best one third for both wind and solar photovoltaic energy facilities [73]. The recent small reduction of coal consumption is more than compensated by the increased use of natural gas and oil.
Not only the LNG injection system, but also the onboard cryogenic storage system, and the infrastructure to recharge the fuel tank of HDT vehicles fitted with the 2F ICEs have strong commonalities with liquid hydrogen LH2. Hence, if the CO2 could be a real concern, considering electric vehicles still suffer of the still reduced contribution by wind and solar to the total primary energy mix, because of their intermittency more than the total installed capacity, that require massive energy storage to be provided [74,75], the development of diesel-LNG ICEs is a step forward to permit a transport model based on hydrogen [76,77,78] renewable, or more likely from fossil fuels, natural gas or coal, by developing novel, more energy-efficient, and more environmentally friendly processes [79].

With reference to diesel-only engines, diesel-LNG engines have many advantages. They have a better C/H ration, and thus reduced CO2 emissions. LNG is from methane, and not oil. This permits diversification of fossil fuel supplies, interesting for countries such as Australia with substantial amounts of natural gas and a small amount of oil. Being gas in normal conditions, LNG vaporizes, mixes and burns much better than diesel, for reduced emissions of regulated pollutants, starting from the PM.
The paper has shown the opportunities of achieving enhanced injection, and thus heat release, shaping, that is limited by using a 2F injector for the diesel and the LNG as done by Westport, by using two injectors per cylinder, one for the diesel, and one dedicated for the LNG.
HP, fast actuation, high atomization, and high flow rate capabilities for the LNG injector are found as crucial to achieving even better-than-diesel-only performances, with an even smaller amount of diesel energy needed to sustain combustion, and thus further reduced emissions of PM, NOx, and CO2.
The use of electrically or mechanically assisted turbocharging is shown to supply a further means to improve the power and torque curve of the ICE, while also addressing acceleration (turbo-lag) and deceleration issues typical of TC ICEs. Control of the air cooling also helps to achieve the best performances over the full range of speeds and loads.
The diesel-LNG ICE has the same or better-than-diesel-only performances, and the same or better-than-diesel-only emission, with both criteria subjected to further improvements through the further development of the injection and combustion systems. 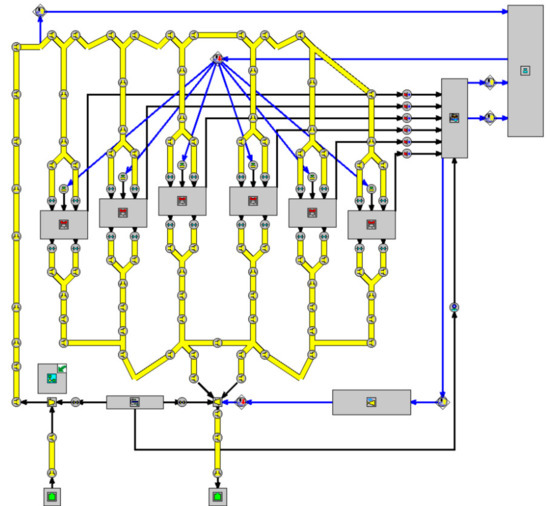 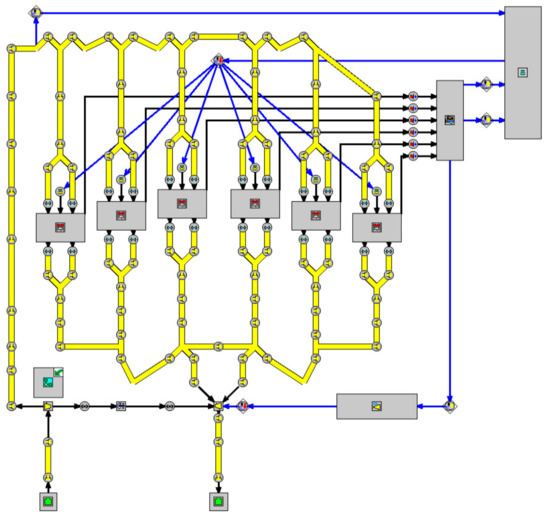 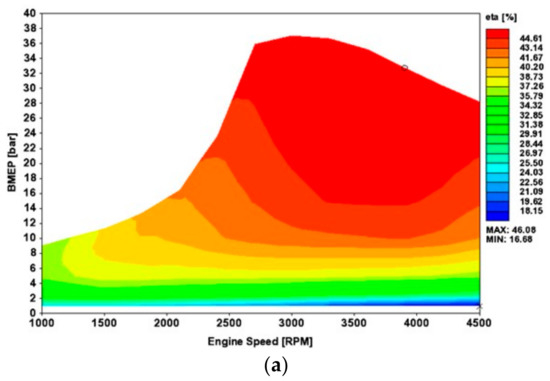 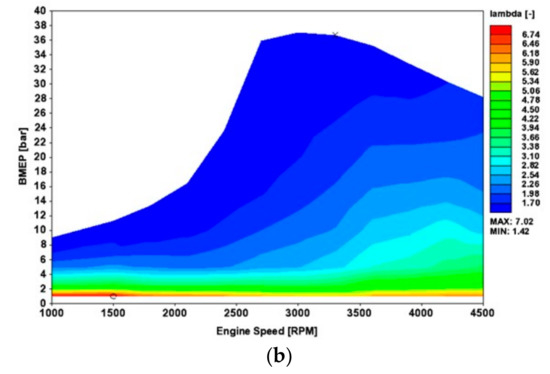 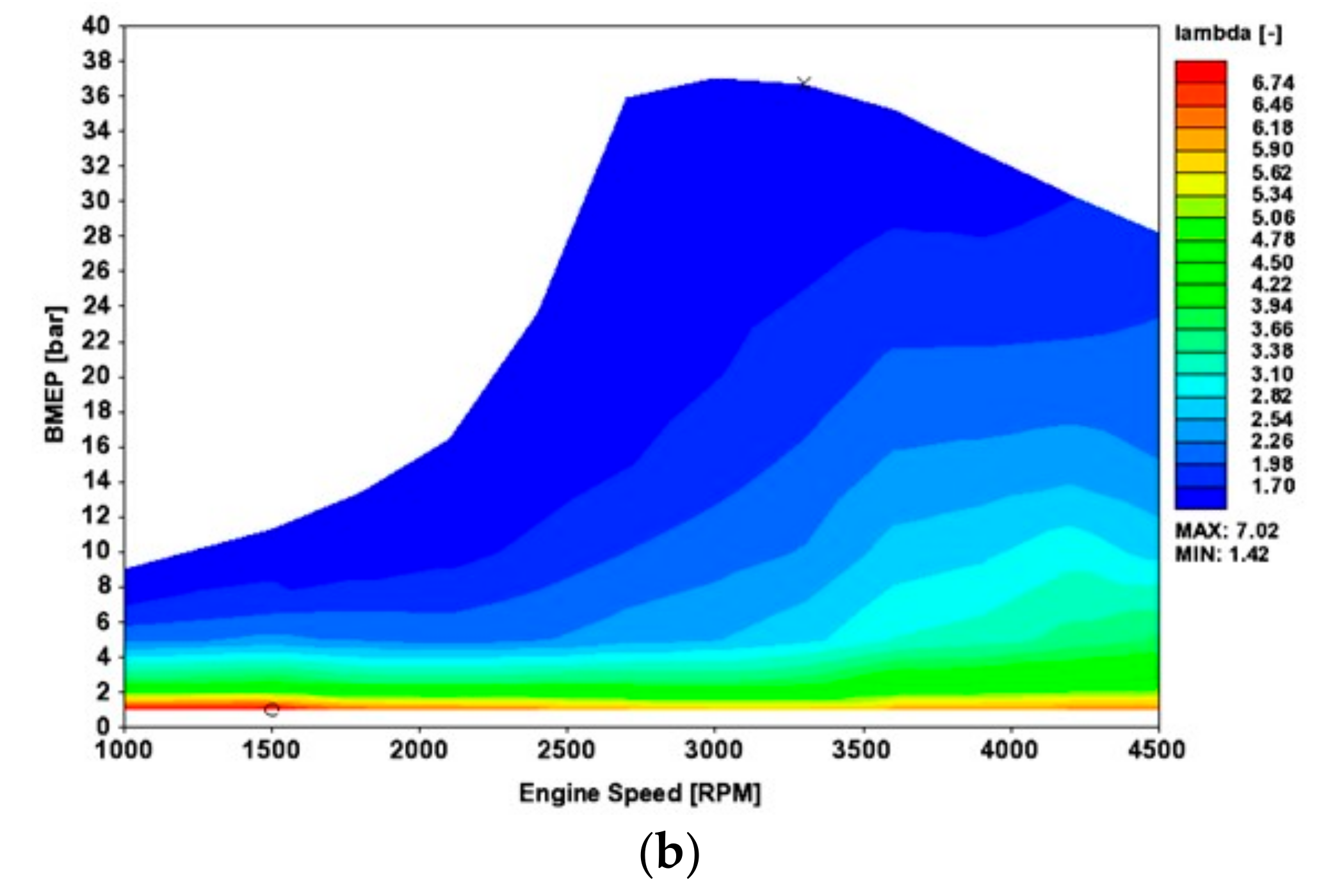 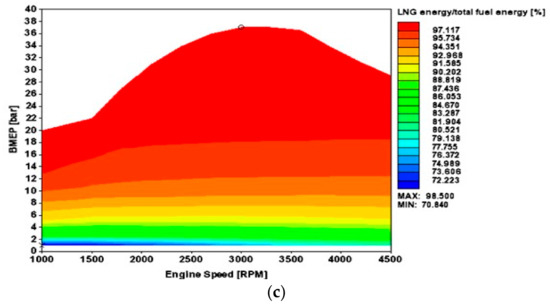 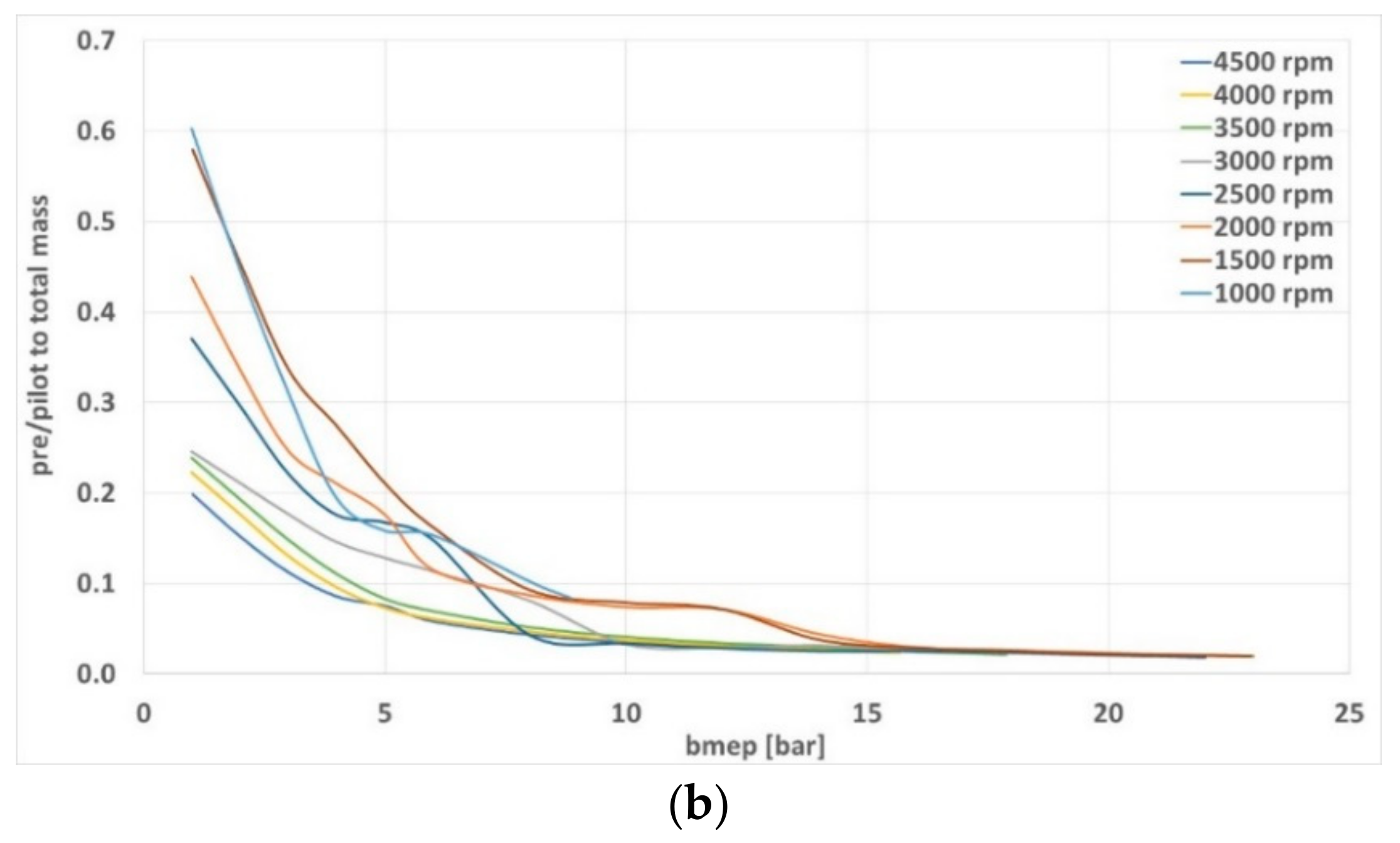 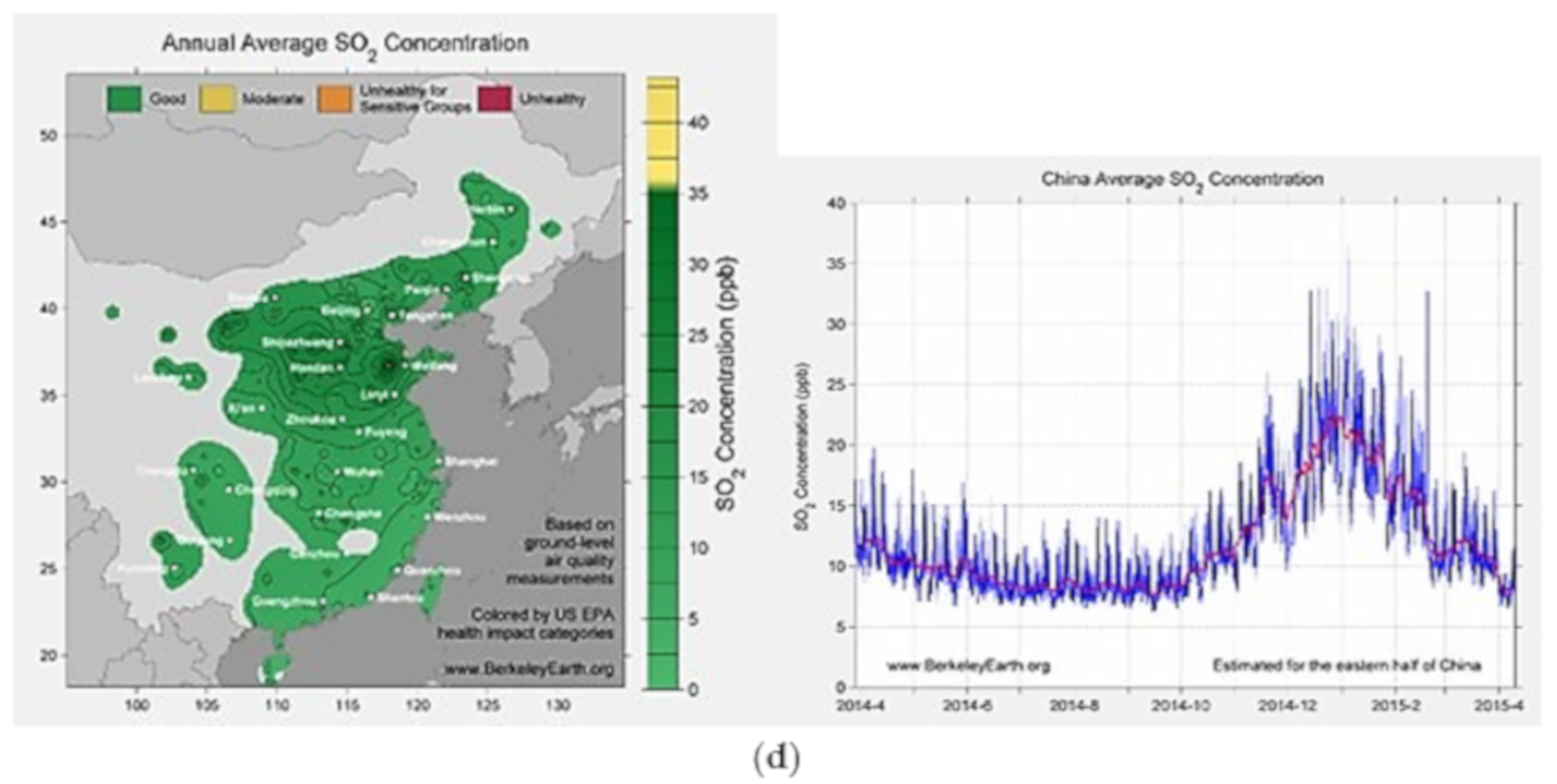 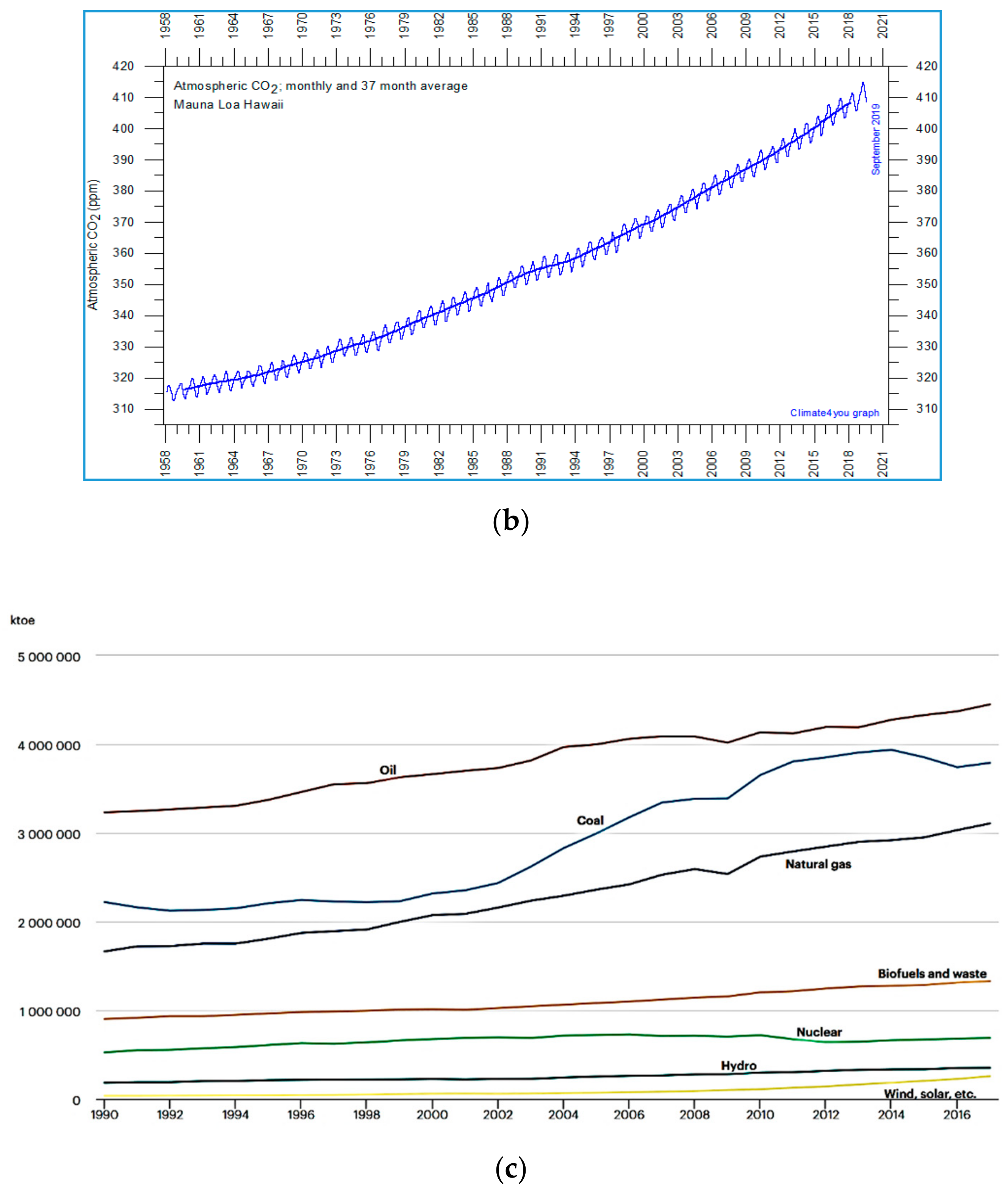