Overcoming terrain obstacles presents a major problem for people with disabilities or with limited mobility who are dependent on wheelchairs. An engineering solution designed to facilitate the use of wheelchairs are assisted-propulsion systems. The objective of the research described in this article is to analyze the impact of the hybrid manual–electric wheelchair propulsion system on the kinematics of the anthropotechnical system when climbing hills. The tests were carried out on a wheelchair ramp with an incline of 4°, using a prototype wheelchair with a hybrid manual–electric propulsion system in accordance with the patent application P.427855. The test subjects were three people whose task was to propel the wheelchair in two assistance modes supporting manual propulsion. The first mode is hill-climbing assistance, while the second one is assistance with propulsion torque in the propulsive phase. During the tests, several kinematic parameters of the wheelchair were monitored. An in-depth analysis was performed for the amplitude of speed during a hill climb and the number of propulsive cycles performed on a hill. The tests performed showed that when propelling the wheelchair only using the hand rims, the subject needed an average of 13 ± 1 pushes on the uphill slope, and their speed amplitude was 1.8 km/h with an average speed of 1.73 km/h. The climbing assistance mode reduced the speed amplitude to 0.76 km/h. The torque-assisted mode in the propulsive phase reduced the number of cycles required to climb the hill from 13 to 6, while in the climbing assistance mode the number of cycles required to climb the hill was reduced from 12 to 10 cycles. The tests were carried out at various values of assistance and assistance amplification coefficient, and the most optimally selected parameters of this coefficient are presented in the results. The tests proved that electric propulsion assistance has a beneficial and significant impact on the kinematics of manual wheelchair propulsion when compared to a classic manual propulsion system when overcoming hills. In addition, assistance and assistance amplification coefficient were proved to be correlated with operating conditions and the user’s individual characteristics.
Keywords: wheelchair; hybrid manual–electric drives; drives supporting the movement wheelchair; hybrid manual–electric drives; drives supporting the movement

The test was performed as part of the project LIDER VII “Testing the manual wheelchair propulsion biomechanics for innovative manual and hybrid propulsions” (LIDER/7/0025/L-7/15/2016) financed by the Polish National Centre for Research and Development. 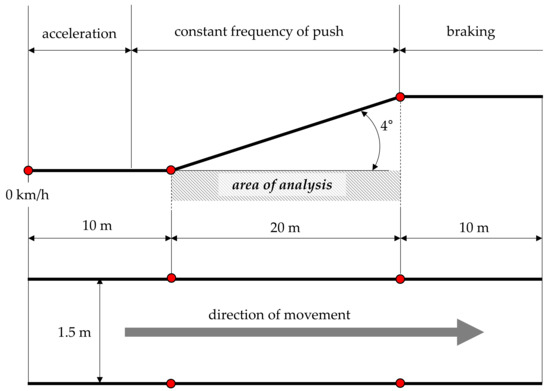 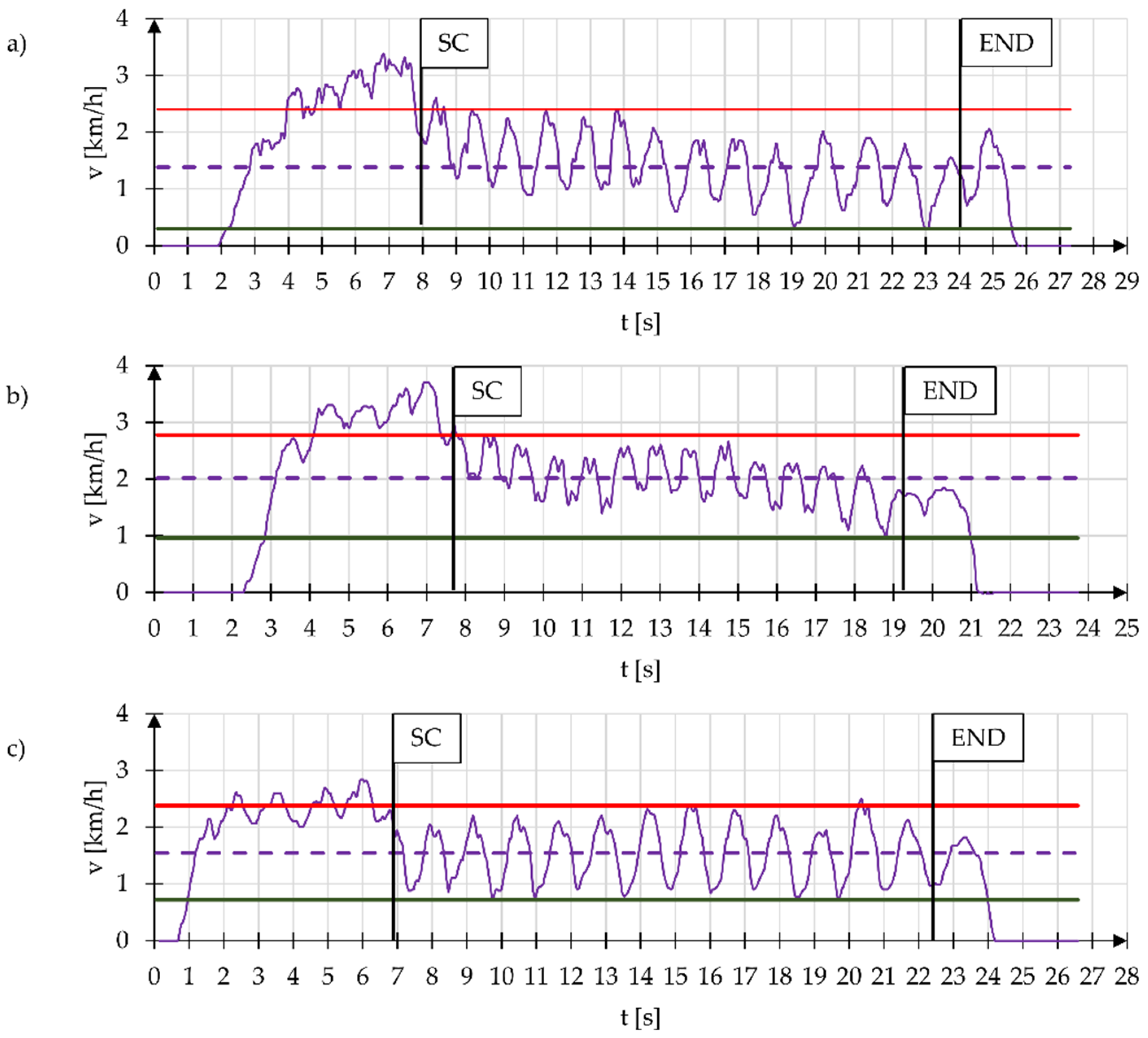 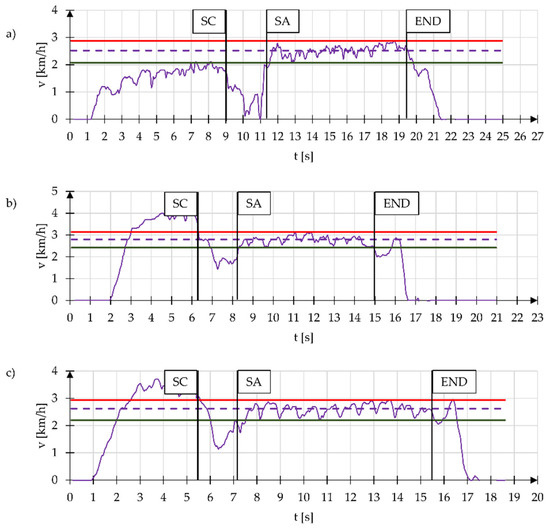 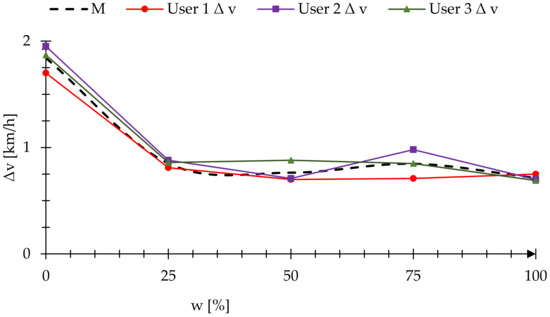 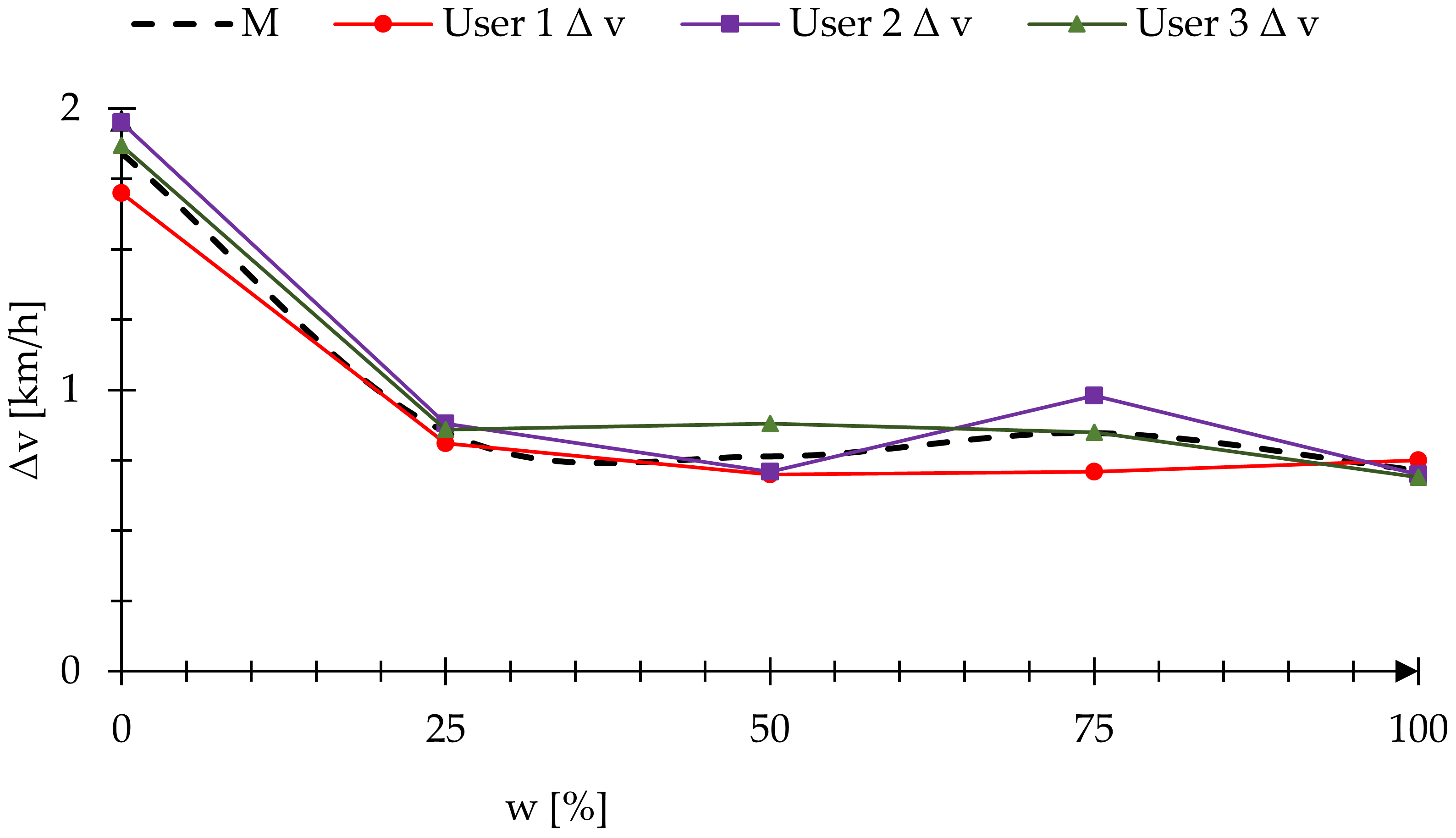