Resilience in Elders of the Sardinian Blue Zone: An Explorative Study

2.1. Polydrug Use involving Cannabis and Tobacco

The World Health Organization currently defines the term “polydrug use” as the consumption of more than one kind of drug by an individual [9]. This consumption can be either concurrent (separately: the use of two or more substances within a given time period) or simultaneous (at the same time: the use of two or more substances on a single occasion) [10,11]. Cannabis and tobacco are commonly used drugs. In Europe, cannabis is more commonly consumed mixed with tobacco than isolated, in contrast to America [1,2]. According to the Spanish Observatory for Drugs and Toxicology [12], cannabis is consumed by approximately 60% of polydrug users. A vast majority (90.7%) of cannabis users in Spain aged 15–34 years old smoke cannabis mixed with tobacco. The Observatory also reports that the average consumption of joints is higher in boys than in girls [12]. Systematic reviews performed within this field highlight the need for further research exploring gender differences on the interaction between tobacco and marijuana, with the aim of elucidating the existing inconsistency across the results of different studies [13]. With regard to age, the average consumption in men scarcely varies with age, whereas in women, the number of joints consumed per day decreases with age [12]. Many studies have suggested that tobacco use increases the probability of developing dependency on cannabis and, at the same time, cannabis use increases the probability of large-scale tobacco use [14,15]. A recent study about cannabis and tobacco routes of administration by country found that consuming cannabis-mixed tobacco in joints (85.4%) is more frequent than consuming cannabis without tobacco in joints in Spain (7.9%) [2]. Moreover, the use of cannabis-mixed tobacco in joints (simultaneous use), in comparison to smokeless forms (i.e., concurrent use), is more likely to develop cannabis dependence [3].
Alcohol use is present across almost all patterns of polydrug use amongst young adults [16]. Alcohol and tobacco, followed by illicit drugs (especially marijuana), form a frequent pattern of drug combination amongst young adults [17,18,19] and college students [20,21,22] for both genders [22].

2.2. Cannabis and Tobacco Use and Its Relationship with Academic Achievement

Cannabis is the most commonly used illicit drug amongst university students [23]. Its potential detrimental effects on cognitive functions that affect academic performance (i.e., attention, concentration, memory, verbal fluency, processing speed, planning, and decision making) are of particular concern [24,25,26,27,28], since cannabis use is also directly and negatively associated with academic performance (i.e., dropping out of college, poorer performance on exams, less time studying, lower class attendance, and the likelihood of earning a college degree) [29,30,31,32,33]. Suerken et al. [34] found that all marijuana user groups (infrequent users, decreasing users, increasing users, and frequent users) reported lower average academic outcomes than non-users. In this sense, some studies have shown that smoking cigarettes is strongly associated with subsequent adverse educational outcomes [35,36]. Students with high academic performance tend to be nondaily tobacco users [37]. Similar results have been found when polydrug users of tobacco, cannabis and alcohol were studied. For example, Mazur et al. [38] found that girls with a poor perception of school performance, compared to girls with better achievements, were at higher risk of being polydrug users of tobacco, cannabis, and alcohol (considering drug use across the last 30 days). In contrast to previous literature, a recent placebo-controlled trial has found that tobacco improves working memory across all load levels including maintenance, manipulation, and attention, independently of cannabis. This study concludes that tobacco may offset the effects of cannabis on delayed verbal recall [39].
Most college students successfully cope with a complex new life role and subsequently achieve academic success, but other students are less able to manage their studies successfully. In Spain, the number of students enrolled in university degrees decreased in 127,674 individuals between the academic years 2011–2012 and 2015–2016. At the same time, the rate of dropouts during the first year of university studies has increased from a percentage of 19% during the academic year 2011–2012 to 22.5% in 2015–2016 [40]. In this sense, prior studies have established an association between college academic achievement and retention, with higher-performing students persisting in their studies to a greater extent than lower-achieving students [41,42]. Furthermore, academic performance in Spanish female students is higher than in male students across the continuum of learning, which entails a higher female representation in the university system in Spain as of today [40]. However, studies have shown that the relationship between gender and academic achievement could be linked to the branch of knowledge assessed [43]: male students tend to show better academic results in scientific and technological studies, whereas female students usually perform better in health and well-fare university studies [44].

Participants were students in physical therapy (66.2%, n = 316) and sports science (33.8%, n = 161) from a university in Girona, Catalonia, Spain. The center was selected by means of a nonprobability purposive sampling method. The sample was composed entirely of students (100%) from compulsory-attendance classes, from first, second, and third year studies, taught by lecturers collaborating in the research. A total of 477 university students (56.2% female, 43.6% male, 0.2% non-reported) 17–40 years of age (21.33 ± 2.81) were enrolled in the study.

The present study was approved by the Research Committee of the University of Girona (UdG). Prior to data collection, an interview with the managing staff of the university school was conducted, with the aim of expounding on the main characteristics of the research and to request participation. The request for participation from students was carried out by specific written consent. All students accepted participation voluntarily after being informed on the purpose of the study and the respect to the ethical principles in research. Participants provided answers to the questionnaires within lecture-rooms of the university during the second semester, in February 2015 (see Figure 1).

We would like to thank the university students from Girona (Catalonia, Spain) for their involvement and their interest in taking the time to complete the questionnaire. We also appreciate the involvement of M.G for his careful English-native review of the manuscript and for the comments and corrections that ensued.

O.H.-S performed the literature search and developed the manuscript. M.E.G contributed to the primary design and analyzed the results of the study. S.F.-M. is responsible for the study design and data collection and oversaw all aspects of the study. All authors provided feedback on the drafts and have approved the final manuscript.

The authors declared no potential conflicts of interest with respect to the research, authorship, and/or publication of this article. 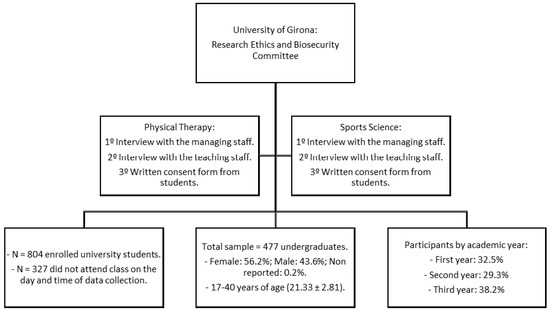 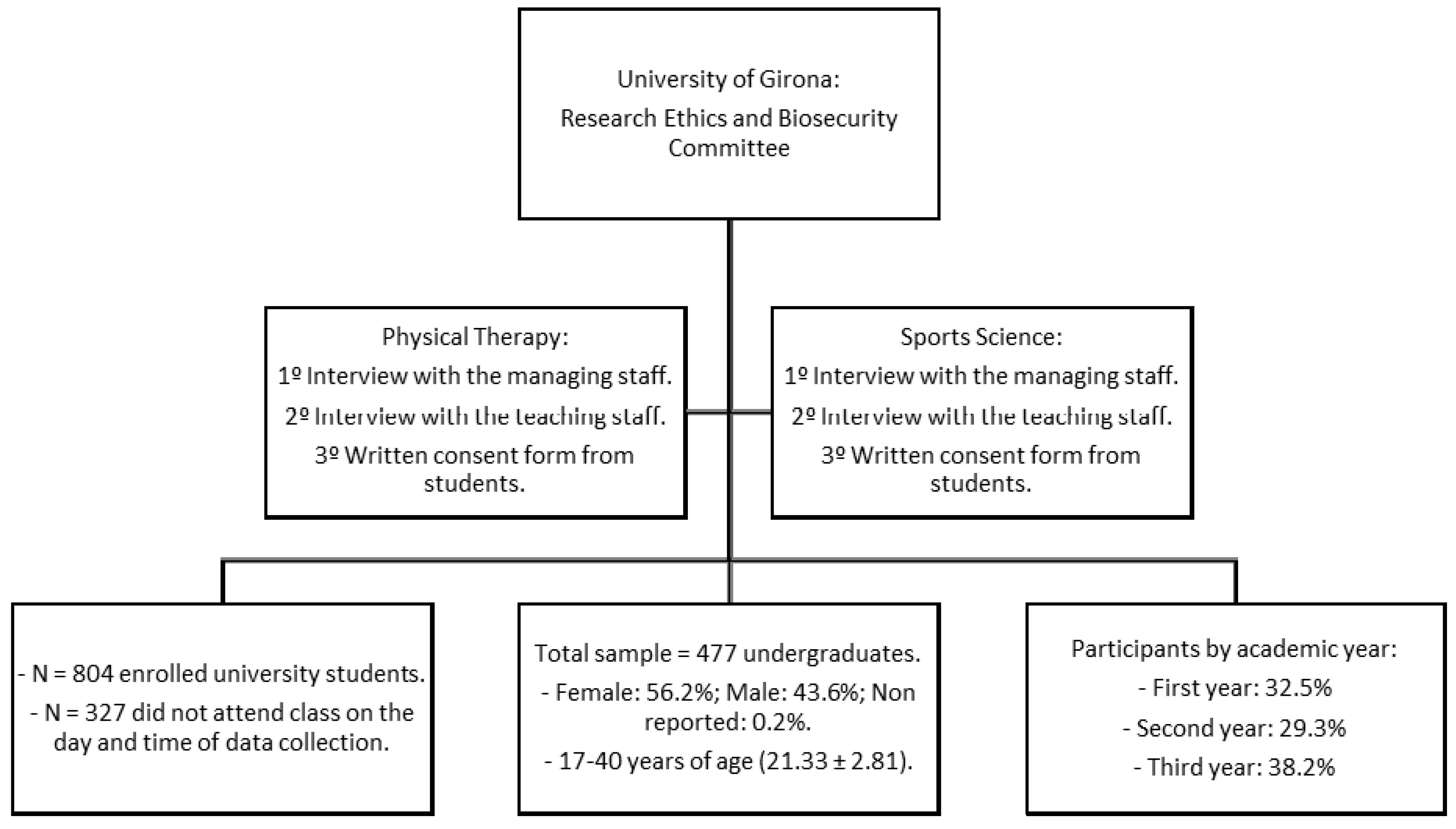 Table 3. GPA by gender and patterns of polydrug use.
Table 3. GPA by gender and patterns of polydrug use.
CAN: cannabis; TOB: tobacco; ALC: alcohol; GPA: grade point average; SD: standard deviation; 1 32 participants did not report their GPA.
© 2018 by the authors. Licensee MDPI, Basel, Switzerland. This article is an open access article distributed under the terms and conditions of the Creative Commons Attribution (CC BY) license (http://creativecommons.org/licenses/by/4.0/).
We use cookies on our website to ensure you get the best experience. Read more about our cookies here.
Accept
We have just recently launched a new version of our website. Help us to further improve by taking part in this short 5 minute survey here. here.
Never show this again