The Influence of Crude Oil on Mechanistic Detachment Rate Parameters

Iraqi soil contamination greatly influenced soil detachment. Previous researchers have not been able to predict the influence of crude oil soil contamination on either the mechanistic dimensional detachment parameter b0 or the threshold parameter b1 of the mechanistic detachment model (Wilson model). The aims of this research were (1) to investigate the influence of crude oil on deriving Wilson model parameters, b0 and b1, with two setups at different scales and different soil moisture contents and (2) to predict b0 and b1 in crude oil contaminated dry soils with varying levels of contamination. The “mini” JET apparatus was implemented under laboratory conditions for soil specimens packed at both a small (standard mold) and a large (in-situ soil box) scale. The results showed an inverse correlation between b0 and water content for clean soil. No correlation between b0 and soil moisture content was observed for contaminated soils. There was a huge reduction in the b0 value as the contamination time increased compared to the clean soil. This was related to the role crude oil plays in soil stabilization. Crude oil contamination significantly increased lead contamination level while slightly increasing the pH and total organic carbon. The influence of crude oil on mechanistic soil detachment can be predicted with a priori JET experiments on soils without crude oil based on crude oil parameters.
Keywords: Wilson model; soil erodibility factors; crude oil; Jet Erosion Test; contaminated soil Wilson model; soil erodibility factors; crude oil; Jet Erosion Test; contaminated soil

2.1. Mathematical Analysis of Erodibility Parameters in Persence of Crude Oil

The Taji region was selected as a case study for this research. The Taji region is located about 30 km northwest of Baghdad city (Figure 2). The study area was located between (33°35′40″–33°28′42″) N and (44°05′22″–44°18′04″) W. Figure 2 shows the crude oil pipe lines in Iraq, including the study area. The lean clay soil used in this study was acquired from the Taji region. The physical characteristics of the soil samples that were used are listed in Table 2 followed by their characteristics defined using the ASTM standard (ASTM, 2006). The crude oil was obtained from the Iraqi South Oil Company (Basrah, Iraq). Chemical and physical characteristics were found using its laboratory, the results of which are listed in Table 3. Chemical analysis of crude-oil-contaminated soil was performed by the Ministry of Science and Technology, the results of which are listed in Table 4.
The JET settings and operation followed the procedure laid out by Al-Madhhachi et al. [16,37]. Soil samples were first air dried and sieved through sieve number four. Then, the sieved samples were packed into small-scale (standard mold) and large-scale (in-situ soil box) setups at three different soil moisture contents: 10%, 16%, and 20%, respectively. This was to investigate the influence of crude oil contamination on deriving Wilson model parameters at two different scale setups and different soil moisture levels (Figure 3). The small-scale setup was an ASTM standard mold with 960 cm3 in volume (Figure 3a). The large-scale setup was a soil box with 48,000 cm3 in volume (Figure 3b). A standard bulk density was achieved by packing the soil into three layers using a manual rammer packed at three previously mentioned soil moisture levels. A similar technique was accomplished for the crude oil-contaminated soil. The packed contaminated soil was covered with 3 cm of crude oil and left for one day for each scale prior to JET testing. The next day, any excess oil was removed, and the JET experiments were performed.
Al-Madhhachi and Hasan [7] indicted that oil contamination influenced the erodibility of dry soil samples. Therefore, in this study, the influence of contamination time on contaminated soil was examined by implementing the JET device with the small-scale setup at dry soil moisture content (10%) to investigate the second objective of this study. The soil samples were covered with oil and left for 1st, 4th, and 8th days depending on the required contamination time prior to applying the JET. The procedure outlined by Khanal et al. [5] and Al-Madhhachi and Hasan [7] for collecting score depth vs. time was followed. A total of 48 “mini” JETs was performed for the clean and crude-oil-contaminated soils to achieve the objectives of this study. The Wilson model parameters (b0 and b1) were calculated using an Excel spread sheet that was developed by Al-Madhhachi et al. [17].
The Normalised Objective Function (NOF), which is the ratio of the standard deviation (STD) of differences between observed and predicted data to the overall mean (Xav) of the observed data, was calculated to quantify its suitability and to examine how well the Wilson model matched the observed data from the JET. Accordingly, the NOF is expressed as [24,25] in which Oi and Pi are the observed and predicted data, respectively, and N is the observation number.
The computed statistical differences in the Wilson model parameters were also investigated using the analysis of variance (ANOVA) technique between clean and crude oil contaminated soil after 1, 4, and 8 days of contamination. The median and the difference between the 25th and 75th percentiles (IQR) were described for b0 and b1. Pairwise comparison tests were undertaken for the mechanistic detachment parameters, which revealed a significant difference compared to ANOVA with a significance level of α = 0.05.

The influence of crude oil in relation to fluvial forces was incorporated into a fundamental detachment model (the Wilson model) to calculate the mechanistic detachment parameters, b0 and b1. A laboratory “mini” JET device was utilized to derive b0 and b1 for lean clay soils at different scale setups and packed at different soil moisture levels (10% to 20%) to investigate the influence of crude oil on deriving the Wilson model parameters. Another set of JET experiments was performed to investigate the influence of crude-oil-contaminated dry soil at different contamination times (1st, 4th, and 8th days). Crude oil decreased the observed scour depth measurements compared to the clean soils of the “mini” JET experiments. The parameter b1 value slightly increased for both clean and crude-oil-contaminated soil as the water content increased. Significant differences in b0 values were observed between clean and contaminated soil with dry soil moisture content. This was because the soil pores were occupied by crude oil particles at lower water content. No correlations between b0 and the soil moisture content of contaminated soil were observed for both scale setups. No statistically significant differences were observed between clean and contaminated soil for b1, excluding the observed b1 at a high level of contamination. Statistically significant differences were found between clean and contaminated soil for the observed b0 parameter, excluding the observed b0 on low level of contamination. No significant differences were observed for soil pH levels, EC, organic matter, or carbon between the clean and oil-contaminated soils. The lead concentration significantly increased as the contamination times increased. The influence of crude oil on mechanistic soil erodibility parameters can be predicted with a priori JET experiment on clean soil based on crude oil parameters (fco and ). The Wilson model is beneficially a fundamentally erosion-based equation and thus benefits from being more mechanistic in comparison to other empirical erosion models.

The performing experiments, providing required materials, and data/evidence collection have been performed by M.B.H. The data analysis, mathematical development of Wilson model, and methodology have been considered and hypothesized by A.-S.T.A.-M. The ideas, formulation of overarching research aims, and editing of the text have been performed by both authors.

The authors acknowledge the faculty and staff of the Hydraulic Laboratory and Soil Laboratory of the College of Engineering, Mustansiriyah University (www.uomustansiriyah.edu.iq), for their valuable help in fixing and sustaining the apparatus utilized in this research. The authors also acknowledge the faculty and staff of Iraqi South Oil Company laboratories for providing, testing, and analyzing the crude oil used in this study.

The funders had no role in the design of the study; in the collection, analyses, or interpretation of data; in the writing of the manuscript; or in the decision to publish the results. 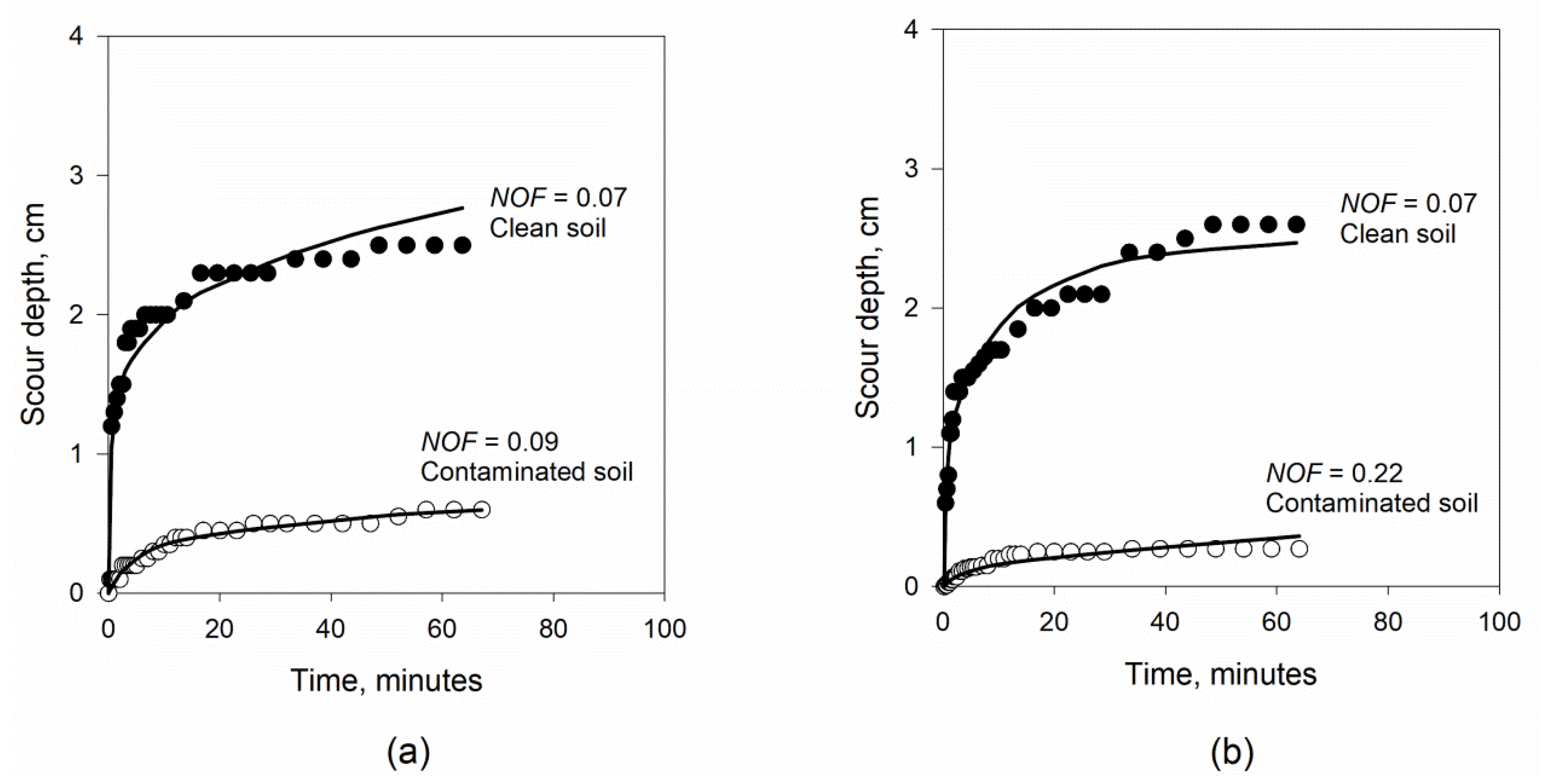 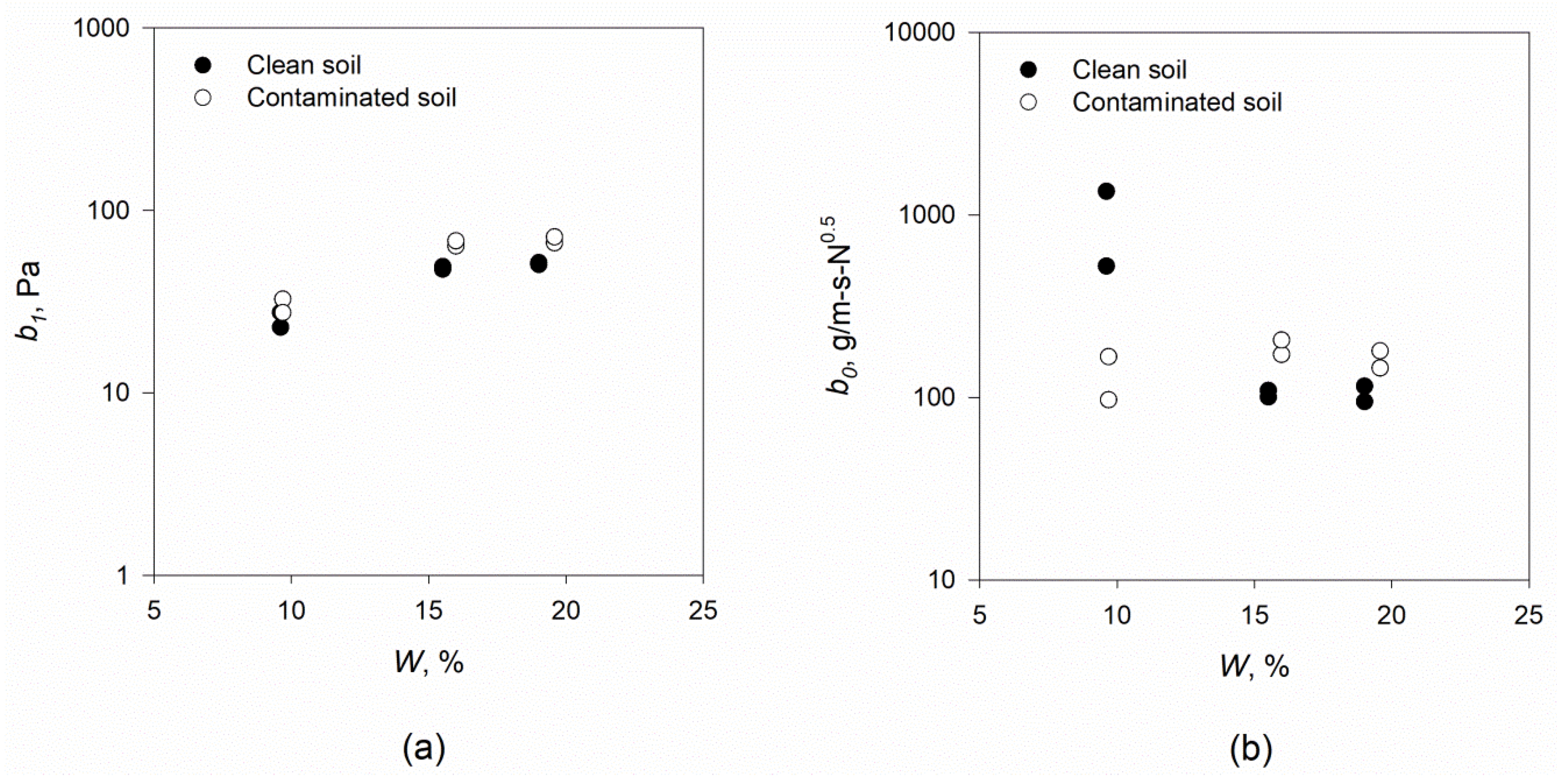 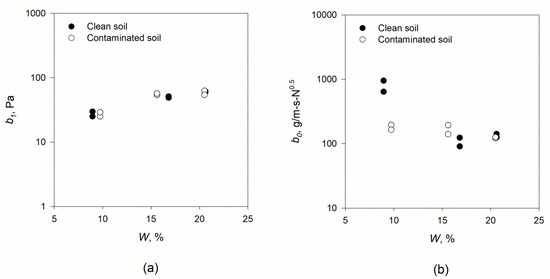 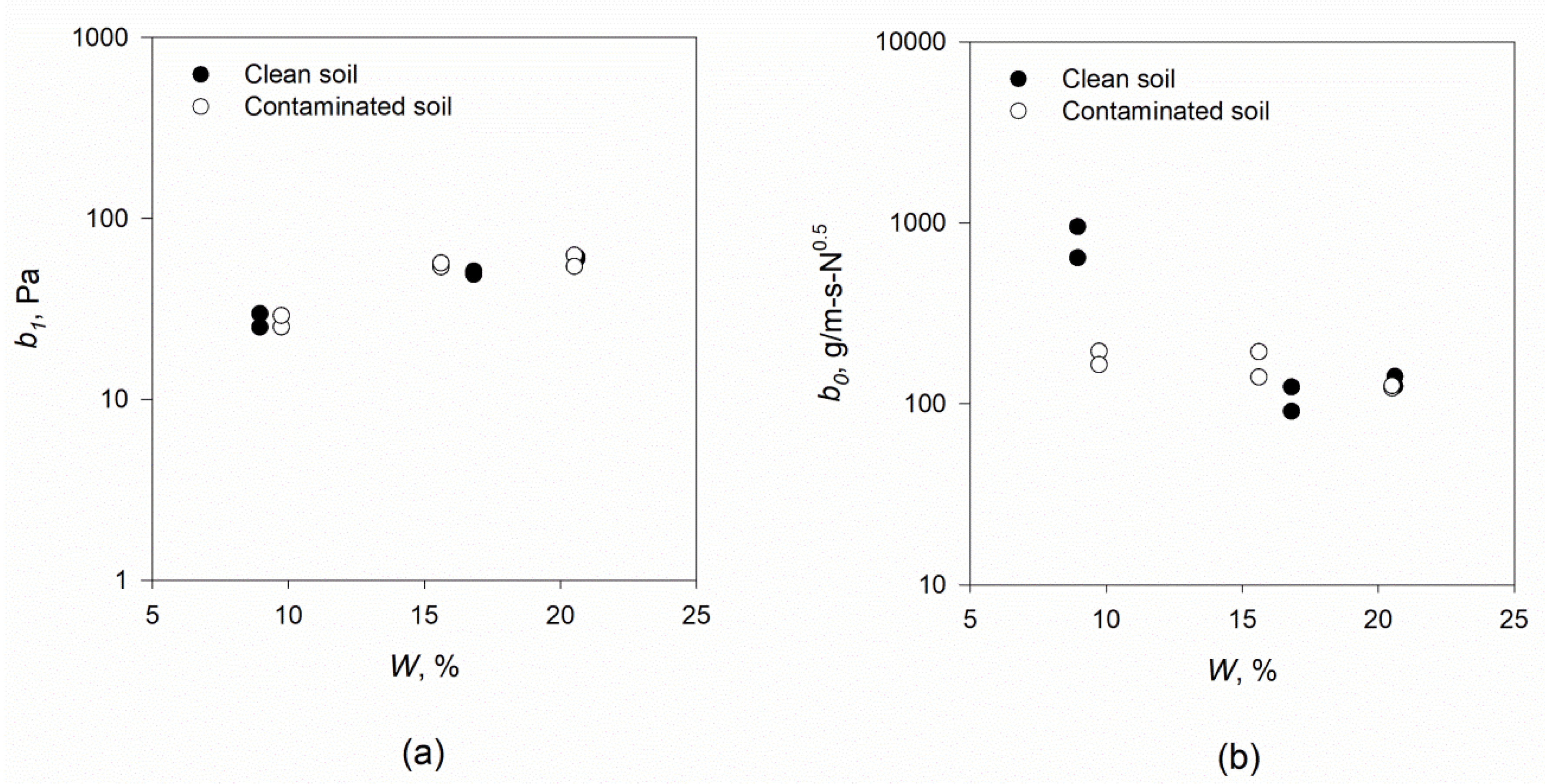 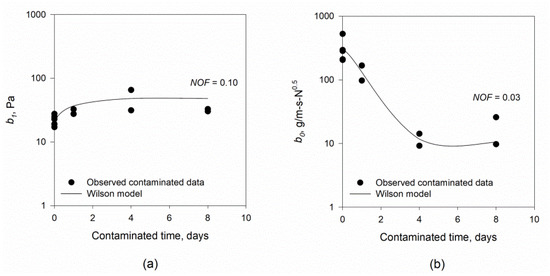