Monitoring a Landslide with High Accuracy by Total Station: A DTM-Based Model to Correct for the Atmospheric Effects
Previous Article in Special Issue

Assessment of Educational Methods for Improving Children’s Awareness of Tsunamis and Other Natural Disasters: Focusing on Changes in Awareness and Regional Characteristics in Japan

In this research, a visiting class on disaster preparedness education for higher-grade elementary school students (10–11 years old) was conducted in Wakayama prefecture, which is exposed to Nankai Trough earthquakes, and in different parts of the three prefectures whose coasts were most affected by the 2011 Great East Japan Earthquake: Fukushima (Western inland), Miyagi (North side out of the tsunami inundation area and Northern inland), and Iwate (Medium inland). Group activities with game-like elements were conducted. To examine whether this initiative improves schoolchildren’s awareness of disaster-prevention, surveys were conducted before, immediately after, and one month after the classes. Results indicate differences in awareness depending on regional characteristics of the schoolchildren’s residential area. The data obtained at each school varied according to whether the school was in a region that had experienced disaster in the recent past, or if the school was in a region where there is a recognized risk of disaster in the future. Classes in regions with recent disaster experience showed increased awareness of threats and prevention after the disaster-prevention class; however, this effect was short-lived. Increased awareness lasted longer in those schools located in regions that had not suffered from disasters in the recent past, but that are predicted to experience a major disaster in the future. We therefore infer that the “previous history of disasters” defines the key difference between regions, even when the particular school concerned was located outside the afflicted area (the coastal zone in the 2011 Great East Japan earthquake and tsunami) and so not directly affected. The afflicted area was limited to the 2011 Great East Japan Earthquake; regions experiencing no direct damage, even if they were near damaged regions, saw an increased awareness of the threat of disasters as a result of disaster-prevention classes. Students also saw a decrease in their own confidence regarding evacuation behavior, while their expressed dependence on their families for help in evacuation situations strengthened. However, such effects were temporary. In the future, it would be desirable to develop disaster-prevention programs that consider such regional characteristics. View Full-Text
Keywords: tsunami disaster education; disaster-preparedness education; awareness of disaster reduction; regional characteristics tsunami disaster education; disaster-preparedness education; awareness of disaster reduction; regional characteristics
►▼ Show Figures 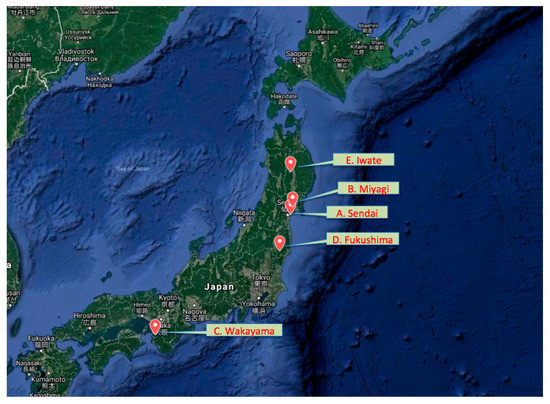 
Yasuda, Mari; Muramoto, Toshiaki; Nouchi, Rui. 2018. "Assessment of Educational Methods for Improving Children’s Awareness of Tsunamis and Other Natural Disasters: Focusing on Changes in Awareness and Regional Characteristics in Japan." Geosciences 8, no. 2: 47.