Nature Does the Averaging—In-Situ Produced 10Be, 21Ne, and 26Al in a Very Young River Terrace
Previous Article in Journal

Long-Lasting Patterns in 3 kHz Electromagnetic Time Series after the ML = 6.6 Earthquake of 2018-10-25 near Zakynthos, Greece

Cyprus, being located on the Mediterranean fault zone, exhibits a unique geodynamic regime since its tectonic evolution is driven by the interaction of the Eurasian and African plate. Besides its seismological interest, many active landslides and slope instabilities in areas of steep topography occur in Cyprus, having substantial impact on the built environment, by posing an imminent threat for entire settlements and critical infrastructure. Moreover, extreme meteorological events occur rarely, like severe rainfall and thunderstorms, that combined with the geological properties in some areas and the seismically stressed ground, can lead to landslides, causing severe damages to critical infrastructure. In the present study, the DInSAR methodology is applied for the detection of two individual landslide events that were triggered by heavy rainfall in Limassol and Paphos Districts in February 2019. Six co-event interferometric Synthetic Aperture Radar (SAR) pairs were used to produce displacement maps in vertical and east-west directions to study the resulting slope deformations. The above are carried out using Sentinel-1 imagery that are freely provided under the Copernicus umbrella. The limitations that arise from the speed and complexity of the deformations under study and the adverse residing meteorological conditions that caused these phenomena are investigated, as found in literature. Indeed, the sparse vegetation at the slopes affected by the landslides, the residing meteorological conditions, the heavy rainfall that triggered the two landslides, and the temporal phase aliasing effect due to the speed of the ground deformation were found to be the main limitations for the application of DInSAR methodology, resulting in the underestimation of the ground deformation that occurred. View Full-Text
Keywords: DInSAR; interferometry; landslides; slope deformation; limitations; SAR; Copernicus DInSAR; interferometry; landslides; slope deformation; limitations; SAR; Copernicus
►▼ Show Figures 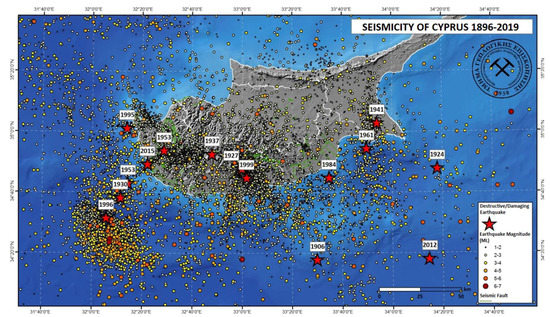