On-farm euthanasia is a critical welfare issue in the poultry industry and can be particularly difficult to perform on mature turkeys due to their size. We evaluated the efficacy of two commercially available non-penetrating captive bolt devices, the Zephyr-EXL and the Turkey Euthanasia Device (TED), on 253 turkeys at three stages of production: 4–5, 10, and 15–20 weeks of age. Effectiveness of each device was measured using both ante- and post-mortem measures. Application of the Zephyr-EXL resulted in a greater success rate (immediate abolishment of brainstem reflexes) compared to the TED (97.6% vs. 89.3%, p = 0.0145). Times to last movement (p = 0.102) and cardiac arrest (p = 0.164) did not differ between devices. Ante- and post-mortem measures of trauma and hemorrhage were highly correlated. Skull fractures and gross subdural hemorrhage (SDH) were present in 100% of birds euthanized with both the Zephyr-EXL and TED devices. Gross SDH scores were greater in birds killed with the Zephyr-EXL than the TED (p < 0.001). Microscopic SDH scores indicated moderate to severe hemorrhage in 92% of turkeys for the Zephyr-EXL and 96% of turkeys for the TED, with no difference between devices (p = 0.844). Overall, both devices were highly effective inducing immediate insensibility through traumatic brain injury and are reliable, single-step methods for on-farm euthanasia of turkeys. View Full-Text
Keywords: animal welfare; euthanasia; turkey; insensibility; brain death animal welfare; euthanasia; turkey; insensibility; brain death
►▼ Show Figures 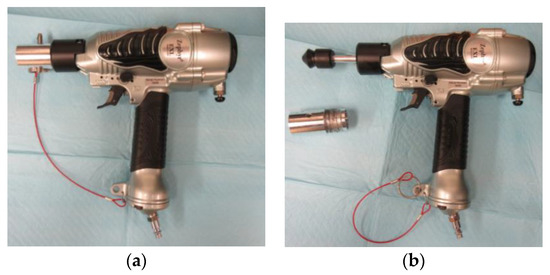