During poultry production, some birds are killed humanely on farm, usually because they are ill or injured. Recent European Union (EU) legislation has restricted the number of birds that can be killed by manual neck dislocation to 70 birds per person per day. We examined whether this limit is meaningful by investigating the effects of repeated application of two methods of killing (neck dislocation and a percussive method, the CashPoultry Killer). Twelve male stockworkers each killed 100 birds (broilers, laying hens, or turkeys) at a fixed rate with each method. Both methods were highly successful, and reflex and behaviour measures confirmed they caused rapid loss of brain function. Importantly, there was no evidence of reduced performance with time/bird number up to 100 birds with either method. The Cash Poultry Killer caused a more rapid death, but it was prone to technical difficulties with repeated use. Neck dislocation has the important advantage that it can be performed immediately with no equipment, which may make it preferable in some situations. We present the first evidence that, at the killing rates tested, there was no evidence to justify the current EU number limit for performance of neck dislocation to kill poultry on farm.

Council Regulation (EC) no. 1099/2009 on the protection of animals at the time of killing restricts the use of manual cervical dislocation in poultry on farms in the European Union (EU) to birds weighing up to 3 kg and 70 birds per person per day. However, few studies have examined whether repeated application of manual cervical dislocation has welfare implications and whether these are dependent on individual operator skill or susceptibility to fatigue. We investigated the effects of repeated application (100 birds at a fixed killing rate of 1 bird per 2 min) and multiple operators on two methods of killing of broilers, laying hens, and turkeys in commercial settings. We compared the efficacy and welfare impact of repeated application of cervical dislocation and a percussive killer (Cash Poultry Killer, CPK), using 12 male stockworkers on three farms (one farm per bird type). Both methods achieved over 96% kill success at the first attempt. The killing methods were equally effective for each bird type and there was no evidence of reduced performance with time and/or bird number. Both methods of killing caused a rapid loss of reflexes, indicating loss of brain function. There was more variation in reflex durations and post-mortem damage in birds killed by cervical dislocation than that found using CPK. High neck dislocation was associated with improved kill success and more rapid loss of reflexes. The CPK caused damage to multiple brain areas with little variation. Overall, the CPK was associated with faster abolition of reflexes, with fewer birds exhibiting them at all, suggestive of better welfare outcomes. However, technical difficulties with the CPK highlighted the advantages of cervical dislocation, which can be performed immediately with no equipment. At the killing rates tested, we did not find evidence to justify the current EU limit on the number of birds that one operator can kill on–farm by manual cervical dislocation. View Full-Text
Keywords: killing; poultry; cervical dislocation; captive bolt; reflexes; animal welfare. killing; poultry; cervical dislocation; captive bolt; reflexes; animal welfare.
►▼ Show Figures 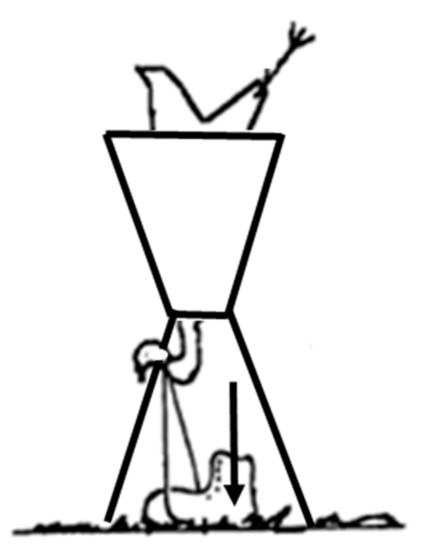