Conflict between snow leopards and humans across the trans-Himalaya is a pressing conservation concern. Conflict severely impacts the socio-economy of the local pastoralist community and threatens snow leopard survival. We investigated the socio-economic factors influencing such conflict and pastoralist attitudes towards snow leopard conservation using semi-structured interviews for a better understanding of what factors influence the variability in losses among the households in the Narphu valley, Nepal. While snow leopards caused significant losses to impoverished pastoralist households, respondents were generally accepting of their presence due to religious reasons and strict law enforcement. We observed poor herding and guarding practices with households owning larger numbers of total livestock (especially large bodied animals like yak (Bos mutus f. grunniens) and cattle (B. primigenius f. taurus)), which resulted in the higher loss. Further, compensation and insurance schemes were dysfunctional, with few households insuring their livestock and receiving compensation for depredated livestock over the past two years. We recommend improving herding practices and the implementation of compensation and insurance schemes to lower the economic loss faced by herders due to predation and creating positive avenues for the co-existence of snow leopards and humans.

Livestock depredation across the trans-Himalaya causes significant economic losses to pastoralist communities. Quantification of livestock predation and the assessment of variables associated with depredation are crucial for designing effective long-term mitigation measures. We investigated the patterns and factors of livestock depredation by snow leopards (Panthera uncia) using semi-structured questionnaires targeting herders in the Narphu valley of the Annapurna Conservation Area, Nepal. During the two years (2017/18 and 2018/19), 73.9% of the households interviewed (n = 65) lost livestock to snow leopards, with an annual average loss of two livestock per household. Of the total depredation attributed to snow leopards, 55.4% were yak (mainly female: 79%), 31.7% goat, 6.8% sheep, 3.2% horse and 2.8% cattle. Results from applying Generalized Linear Mixed Models (GLMMs) revealed the total number of livestock owned and the number of larger bodied livestock species as the main explanatory covariates explaining livestock depredation. Forty-one (41%) of all herders considered snow leopard’s preference for domestic livestock as the main factor in livestock predation, whereas only 5% perceived poor herding practice as the main reason for the loss. Our study found poor and changing herding practices in the valley, whereby 71% herders reported careful herding as a solution to snow leopard depredation, and 15% of herders considered the complete extermination of snow leopards as the best solution to the problem. Tolerance levels and awareness among herders towards snow leopard conservation is increasing, mainly due to the Buddhist religion and strict law enforcement within this protected area. We recommend the effective implementation of a community-based livestock insurance scheme to compensate the economic loss of herders due to predation and improved herding practices as the recommended mitigation measures for ensuring livestock security and snow leopards’ conservation in the valley. View Full-Text
Keywords: human-snow leopard conflict; livestock predation; Narphu valley; trans-Himalaya human-snow leopard conflict; livestock predation; Narphu valley; trans-Himalaya
►▼ Show Figures 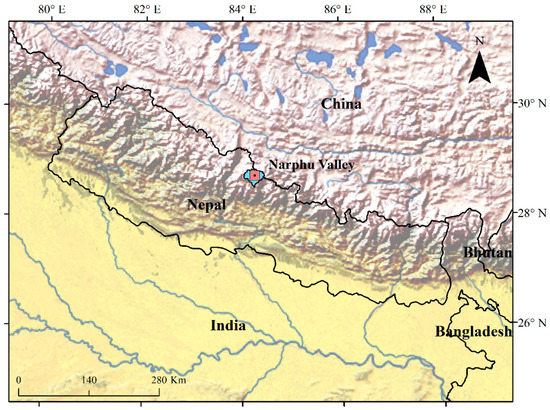