The Union Is Strength: The Synergic Action of Long Fatty Acids and a Bacteriophage against Xanthomonas campestris Biofilm

Pseudomonas aeruginosa is a pernicious bacterial pathogen that is difficult to treat because of high levels of antibiotic resistance. A promising alternative treatment option for such bacteria is the application of bacteriophages; the correct combination of phages plus antibiotics can produce synergistic inhibitory effects. In this study, we describe morphological changes induced by sub-MIC levels of the antibiotic aztreonam lysine (AzLys) on P. aeruginosa PA01, which may in part explain the observed phage–antibiotic synergy (PAS). One-step growth curves for phage E79 showed increased adsorption rates, decreased infection latency, accelerated time to lysis and a minor reduction in burst size. Phage E79 plus AzLys PAS was also able to significantly reduce P. aeruginosa biofilm growth over 3-fold as compared to phage treatment alone. Sub-inhibitory AzLys-induced filamentation of P. aeruginosa cells resulted in loss of twitching motility and a reduction in swimming motility, likely due to a reduction in the number of polar Type IV pili and flagella, respectively, on the filamented cell surfaces. Phage phiKZ, which uses Type IV pili as a receptor, did not exhibit increased activity with AzLys at lower sub-inhibitory levels, but still produced phage–antibiotic synergistic killing with sub-inhibitory AzLys. A one-step growth curve indicates that phiKZ in the presence of AzLys also exhibits a decreased infection latency and moderately undergoes accelerated time to lysis. In contrast to prior PAS studies demonstrating that phages undergo delayed time to lysis with cell filamentation, these PAS results show that phages undergo accelerated time to lysis, which therefore suggests that PAS is dependent upon multiple factors, including the type of phages and antibiotics used, and the bacterial host being tested. View Full-Text
Keywords: bacteriophages; phage therapy; phage–antibiotic synergy; biofilms; Pseudomonas aeruginosa; aztreonam bacteriophages; phage therapy; phage–antibiotic synergy; biofilms; Pseudomonas aeruginosa; aztreonam
►▼ Show Figures 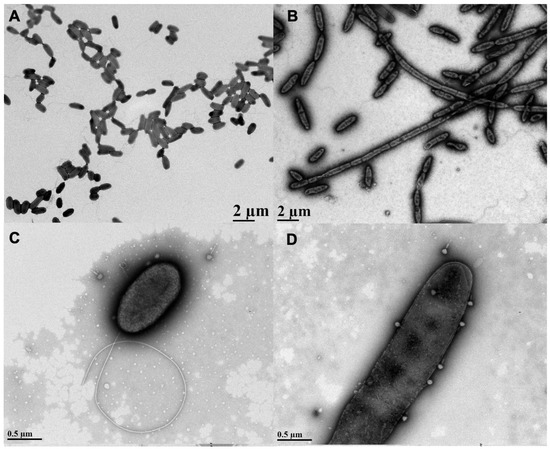